BACK TO ALL OPINION BLOGS
Currently reading: Why the car industry needs more Lee Noble
UP NEXT
Opinion: Why the Festival of the Unexceptional is an annual highlight

The car industry could benefit from being a little more spontaneous. Lee Noble shows us how it's done
Open gallery
Close

You might have heard the name Lee Noble before; and you’re almost certain to be familiar with Noble Automotive, the team behind the Noble M600, M12 GTO and other supercars and track-specials.

Noble founded Noble Automotive in 1999, and left in an acrimonious split with the company in 2006; he no longer has anything to do with the brand which bears his name. Subsequent projects from Lee Noble, like Fenix Automotive’s unnamed South Africa-built supercar attempted to recapture the essence of the Noble M12, but never sparked the same level of success as its inspiration.

In the time it's taken for the Exile to come to be, Noble created a toy as a side project; the Bug:R.

See, while the Exile's original GM engine caused a two-year delay in its development, another part of Noble’s brain was bored, and started work on the Bug:R; a beach buggy designed purely for fun. Noble created the car on a whim, and now plans to shift 20-30 of them every year. 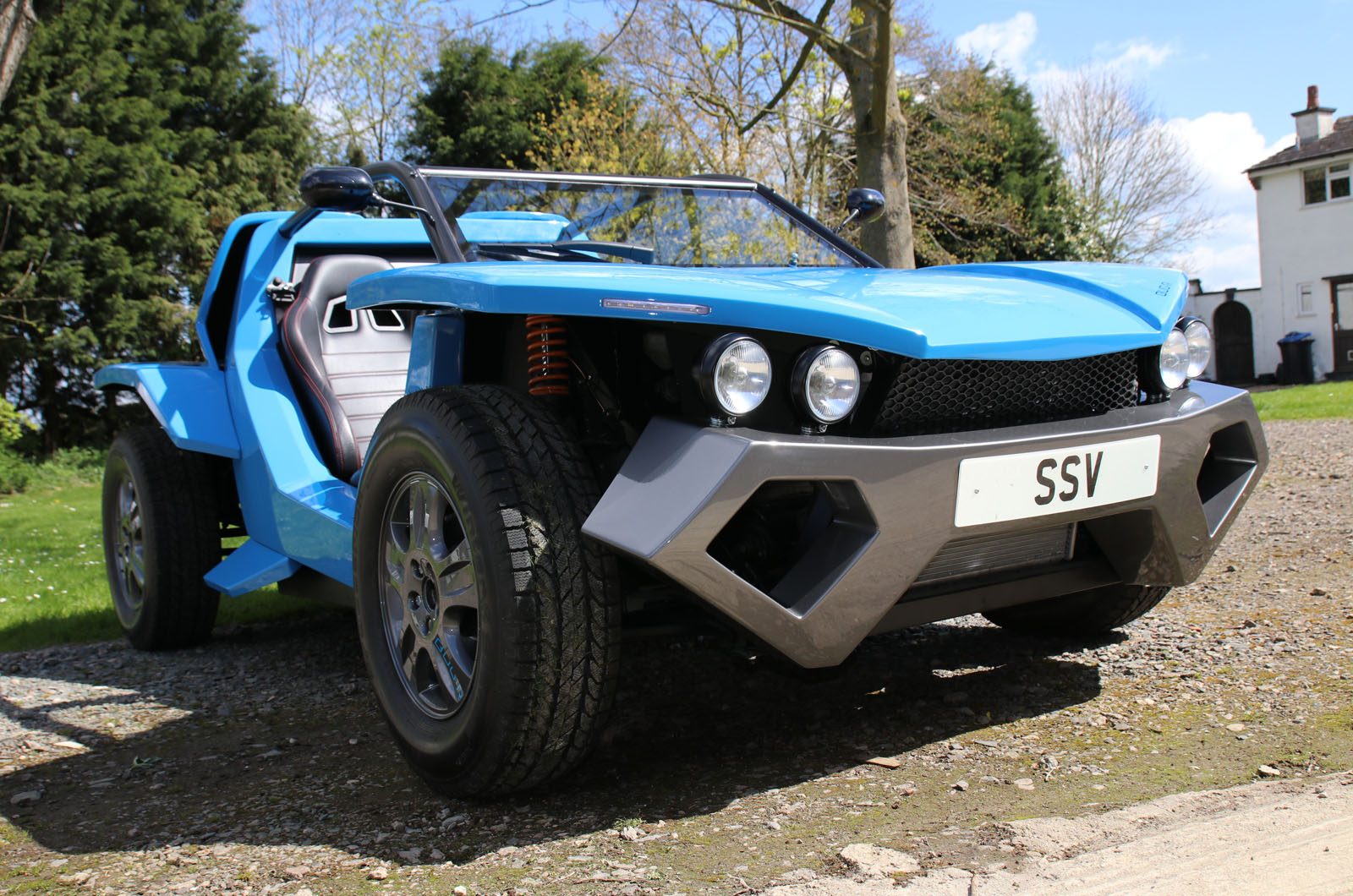 Cars are excruciatingly planned things, as the Exile proves. They take years to think up, years to develop, and often, years to become successful, if ever. Manufacturers have plenty of time to create their own Bug:R side projects, surely?

Imagine if mainstream manufacturers took a leaf out of Noble’s book and went wild. Imagine if BMW boss Harald Krüger, bored with thinking about the 5 Series saloon, had decided to go into a new niche, and create a rival to the Land Rover Defender, just ‘cause.

Or Takahiro Hachigō of Honda became weary of developing the next-generation Honda CR-V, and decided that what Honda needs is a Civic Type R-powered rival to the Ariel Atom. Wouldn’t it be lovely?

It happens sometimes, perhaps, with examples like the Renault Sport Spider, BMW Z8 and Smart Crossblade, but not nearly often enough; the business case is king; different is risky, and risky isn’t allowed. If many manufacturers endeavour to have a halo model, they should also have the completely-out-there equivalent; a devil horn model, if you like.

I suppose that's the role of concept cars, but regardless, we applaud Lee Noble's creative freedom, and wish that others were even half as daring and worry-free in their pursuits.

Whilst trying to refrain from commenting on styling, I worry that Mr Noble may have missed some fundamental requirements regarding wheel coverage. Not sure I would like to sit in Buggy when there is a direct line from front wheel to face.
Peter Cavellini 8 May 2017

Reminds me of the Amphicar of the 1960's,doesn't appeal in the slightest to me anyway,I hope I'm wrong,Lee Noble's efforts have been sorely missed.
scrap 8 May 2017

P.S. The buggy is a good side

P.S. The buggy is a good side project in this instance, because the Exile looks awful and a big step backwards from the M600. Sorry.
View all comments (6)