BACK TO ALL OPINION BLOGS
Currently reading: Singling out diesels is a facile solution to a complex problem
UP NEXT
Matt Prior: There's no shame in liking the Rover Streetwise

Singling out diesels is a facile solution to a complex problem

I suppose we should talk diesel, what with the budget and everything, which has cleared up, what, exactly? Not a lot, I think. If I understand correctly, there’ll be a tax hike on diesel cars that don’t meet an emissions standard that doesn’t exist yet. Clear? Right.

It’s because, I think, we must be seen to do something, even though the truth of it is that government can’t do too much because, sometimes, what’s good for the environment is bad for people liking them.

They incentivised us to buy diesels to lower carbon dioxide emissions – that one probably hasn’t gone away, either, by the way – so they can’t just charge us a fortune now for doing what we were told then. I mean, it might be better for the planet and all, but it’s also a sure-fire way to rubbish the economy and find you’re an ex-politician in need of a job. And there are only so many available spaces on Strictly Come Dancing.

So the idea is to gently ease those who thought they were doing the right thing in the first place into doing something else. Except that it won’t work because it’s discouraging people from buying new, fairly clean diesels instead and reducing the values of, and demand for, older diesels, making getting out of one financially unviable.

And all without, probably, making much actual difference to the air we breathe – except that we’re now breathing it with even unhealthier levels of exasperation. 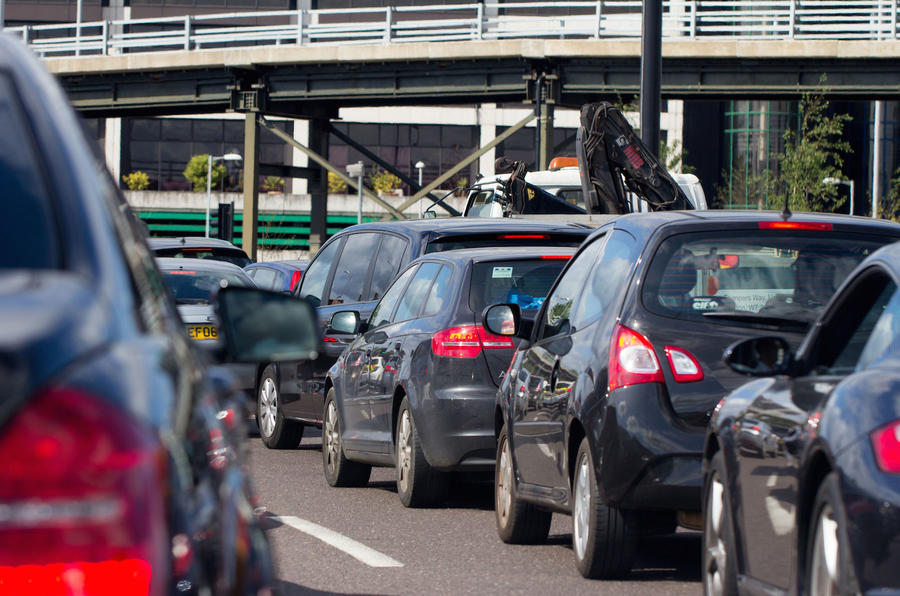 I suppose we’ll see, but poor urban air quality consists of such a hotchpotch of emissions – from private cars, public transport, light and heavy goods vehicles, brake discs, ports, wood burners and more – that it’ll take years to see how much removing one source matters. And because we keep buying stuff and diesel is currently the only way to transport it, and because the amount of stuff we buy seems to be some kind of measure of national success and happiness, and because it keeps people in work and tax money rolling in, nobody wants to stop that, either. It’s all bonkers, this, isn’t it?

The Government is wrong to penalise diesel drivers

The fundamental issues, though, go deeper again. We force people to live in urban areas because we don’t build enough houses anywhere else, then find it surprising that the traffic is bad. There are about eight million more of us living in the UK than there were 20 years ago – about half because we’re living longer and the other half because it’s quite a nice place – but housing and infrastructure hasn’t kept pace with the increase. There are loads of places with great air quality. If we all spread out a bit, surely that would help more than a few quid extra tax?

Some say that we should improve public transport and use that instead. It’s a noble idea, but why do most of us really want better public transport? Quite. So the roads are freer to make life easier for us when to drive places, because we’ll have things to carry – child seats, sporting equipment, shopping, a heavy cold, Test Match Special or a bad mood – that we can’t bear to share with other people.

So here we are. Different day, same problems. It’s no good the car industry complaining, of course. You had your chance on that score, but fiddling the numbers ruined it for everyone. Well done. And thanks.

Damn, I thought you were

Damn, I thought you were going to give us the answer to this conundrum.

A bridge not a solution

Electric cars aren't *the* answer either, but in latge part thanks to Messiah Musk no-one's even allowed to think this now.

I think the comment about everyone spreading out a bit would have a massive impact.

By this I mean having a much more balanced economy across the country, rather than so much concentration in the south east, and encouraging housing and economic development away from existing urban centres.

The country is more than large enough to accommodate the current population if we were more evenly distributed across it and all had good opportunities to thrive in our own neighbourhoods.

I reckon Matt has provided the only real solution, the big issue is, how could we get there from the current situation?

I am reading a car magazine website, I know Renault sells cars, believe me the only thing these incredibly annoying and intrusive adverts will achieve is to ensure I never EVER by any Renault product!

Why didn’t the Government just keep the scrappage scheme going year on year..?, do8ng this would ensure that the most polluting Cars would b3 off the Road, maybe it’s the cost of doing this?, I don’t know, but it would have removed a significant amount off the Roads.

It would 'ensure' nothing.

8 December 2017
It would 'ensure' nothing. You are assuming that the vast amount of so called highly polluting vehicles are owned and run by those who would happily bind themselves into a debt contract to own a shiny new car - how irresponsible. They probably own the older car because the cannot afford a new car irrespective of the token cash scrap age incentives, do not feel it necessary to own a new car or do not want to waste their hard earned cash propping up the government's tax generating scheme....which is exactly what it is...nothing more nothing less. We are a shameful wasteful throwaway society. My perfectly functioning reliable eu4 car has years of useful service left in it. But no let's squash it into a cube and replace it with a shinier one. Smelly planes, Smelly trains, old trucks and buses, maritime applications, coal fired power plants (50% of the uk's power still. Comes from fossil fuels- are you listening EV drivers(. Why is teal govt nothe addressing this?

Pollution is proportional to the amount of fuel used (directly in the case of CO2, slightly more complicated with non-CO2 diesel pollutants). Therefore if you want to reduce pollution you need to persuade people to buy less fuel.

A tax on fuel would penalise those who pollute the most. Taxing the cars is inefficient.

Some people need to buy more fuel than others because of where they live or what they do for a living so taxing fuel would affect them more than those who are able to choose to drive less. This would be grossly unfair. It would also tend to mean even more people would choose to live in urban areas, please see the article above for the disadvantages this creates.

Frankly we are in a huge mess which has largely been created by successive governments and Matt has pointed out very well all the different contributing factors. It simply beggars belief that politicians cannot learn from the really quite recent past and stop meddling in things, just so as to appear to be doing something. This is going on all the time in many different areas of government and I for one am absolutely sick of it.

Please, do things properly that are thoroughly thought through, or do nothing at all.

....last time I looked, we already had a tax on fuel....a pretty big one too- roughly two thirds of the cost!

Which is actually the nub of the problem. I dont believe many people bought diesels to 'save the planet'. It is filthy smelly stuff and no one in their right mind would be able to miss that fact, crap in- crap out.

No, buyers bought diesels because the government had made petrol so expensive with their greedy taxation regime, (conveniently forgetting  that two thirds of the country actually needs private cars just to get by day to day), so that drivers needed to maximise the number of miles that they could cover per gallon of fuel. I dont believe many of them would have bought the filthy oil burners otherwise. Once again this is a governmental created problem

So @ Matt Prior, I dont believe playing the "poor us - we didnt realise" and the  "you talked us into this mess" cards really cuts the mustard....unless you assume an average IQ of around 40!

Company car buyers bought them because once again the government had taxed the 'perk' to hell and back ....the ill advised 'tax break' on diesel company cars flying in the face of Industry advice (as usual). So another  governmental created problem.

Personally I cant wait to see the back of diesel cars. Petrol cars are so much more fuel efficient now that most dont need a diesel car....I wont miss that awful rattle from even the quietest diesels, the stench of Urea, the filthy fuel station forecourt where diesel is smeared all over ground around the pumps, transferring onto your shoes and then car carpets, or the torque characteristics of diesels which renders small hatchbacks undrivable in snow.

For what its worth, I dont believe diesels are needed anymore in LCV's smaller than Sprinter/Transit size either.

There is another factor which

There is another factor which Autocar can't acknowledge because it would hurt their subscriber base - stupid people buying diesel SUVs to knock about their suburban 'lifestyles'.

Cars pollute. There is no getting away from it. Personally I think our tax system needs to incentivise responsible consumerism, including repair and good maintenance.