BACK TO ALL NEWS
Currently reading: New 2022 Honda Civic hatchback goes hybrid-only
UP NEXT
Sorry, wrong number: the forgotten problem of car clocking

Honda has revealed the first official images of its new Civic hatchback, which will go on sale in Europe in autumn 2022.

Like the new HR-V and Jazz, the Civic will be a hybrid-only proposition for its next generation, using the same e:HEV gasoline-electric set-up as its supermini and SUV siblings.

The larger CR-V SUV comes with a bigger 143bhp 2.0-liter gasoline engine as part of its e:HEV system, but it is not yet confirmed which variations of the powertrain will be rolled out to Honda's Ford Focus rival. 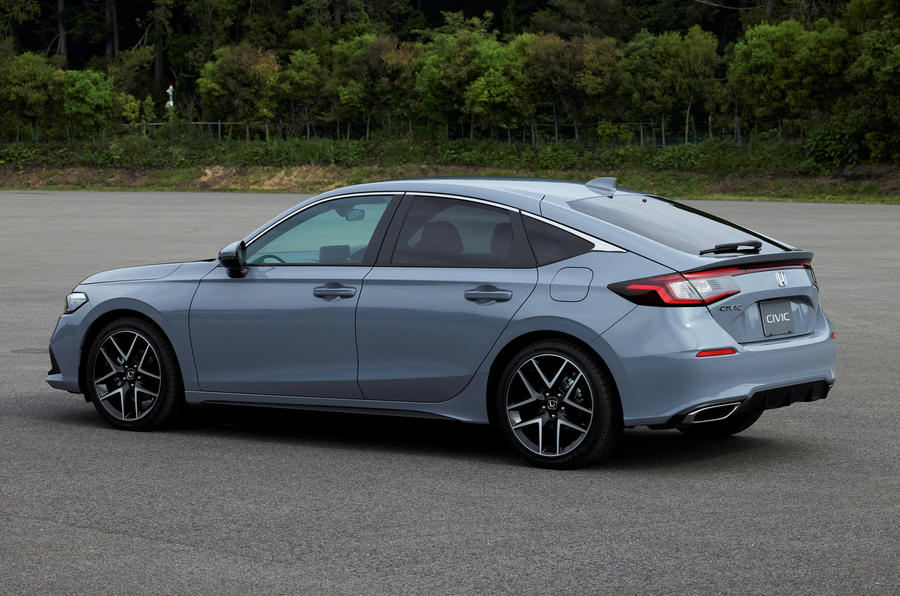 The hot Civic Type R, however, will retain a pure-combustion set-up, likely to be based around an evolved version of the current car's 'K20C1' 2.0-liter turbo four, which produces 316bhp - making it one of the most powerful front-drive cars on sale today.

While the new Civic's European launch is still more than a year away, Honda is already gearing up to wind down production of the current car ahead of its departure from its Swindon factory in July. It is thought the new-generation model, and potentially remaining examples of the current car, will be supplied by one of Honda's North American facilities.