The upcoming Jeep Grand Wagoneer luxury SUV has been spotted testing ahead of an expected 2021 launch.

Previously revealed in concept form, the new model will revive Jeep's Wagoneer badge as part of the marque's bid to better compete with premium European SUVs such as the BMW X5 and Range Rover.

Until now, prototype cars had only been seen sporting heavy vinyl camouflage, but these latest images provide a closer look at what is believed to be the production-ready car.

Minor changes from the concept can be seen, including a front bumper tweaked to accommodate ADAS safety systems and slightly redesigned headlight and tail-light clusters.

The prototype appears to be riding on smaller wheels than the 24in alloys used for the concept and it remains unclear whether the full-length glass roof has been retained, but few other concessions appear to have been made in readying the car for production. 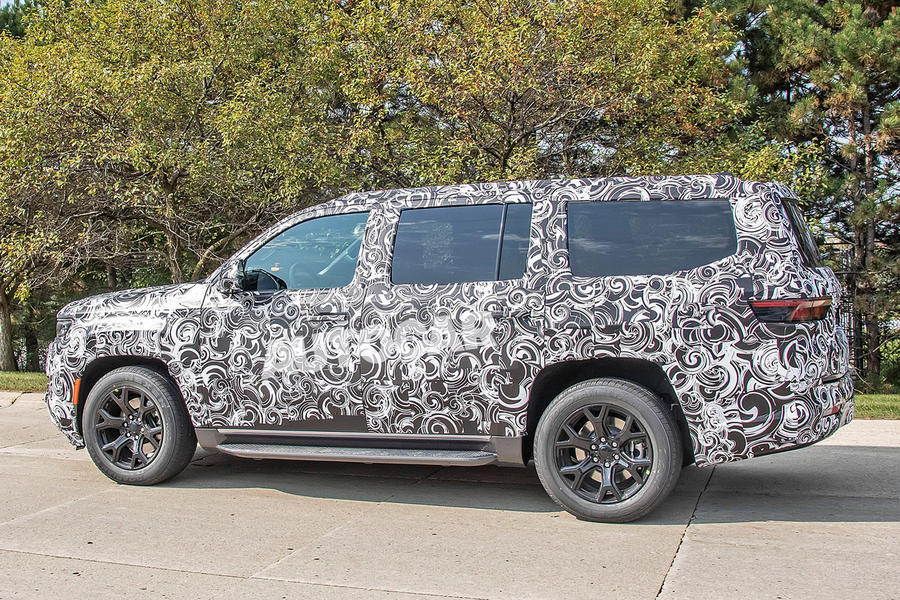 The concept featured a plug-in hybrid powertrain closely related to those seen in the Renegade and Wrangler 4xe PHEVs, although exact technical details remain unknown.

The final car is expected to be sold with a variety of four-wheel drive systems, independent front and rear suspension and Jeep’s Quadra-Lift air suspension - implying that despite a shift towards the more luxurious end of the market, off-road ability will remain a key selling point.

The seven-seat Grand Wagoneer is set to supersede the Grand Cherokee as the flagship Jeep model in the US, although the company is unlikely to bring the new model to Europe.