From £26,3858
We try Volvo's funky XC40 with the latest T4 four-cylinder petrol engine to see if it makes the compact SUV an even more appealing package
Open gallery
Close

According to Volvo, this T4-engined Volvo XC40 is set to be the best-selling version of its funky compact SUV.

Waning consumer interest in vehicles fuelled from the black pump at the service station means that their petrol-powered range-mates are commanding an ever increasing share of the sales mix - to the point where the T4 and recently-introduced T3, which we recently drove on UK roads, are expected to account for 50% of all XC40 sales.

Where that entry-level three-cylinder T3 model is available exclusively with a combination of front-wheel-drive and six-speed manual transmission - for now, at least -  the four-pot T4 comes as standard with an eight-speed auto 'box that sends drive to the wheels at both axles. In this iteration, the XC40’s all-aluminium Drive-E engine displaces 1969cc, and develops a modest 188bhp and 221lb ft of torque.

Our test vehicle was an entry-level Momentum model, which is priced from £32,070. Suspension is comprised of a MacPherson strut arrangement at the front axle, with a multi-link arrangement with coil springs at the rear. However, being a base model it goes without the stiffer spring rates, thicker anti-roll bars and monotube rear shock absorbers that work so well on pricier R-Design models. 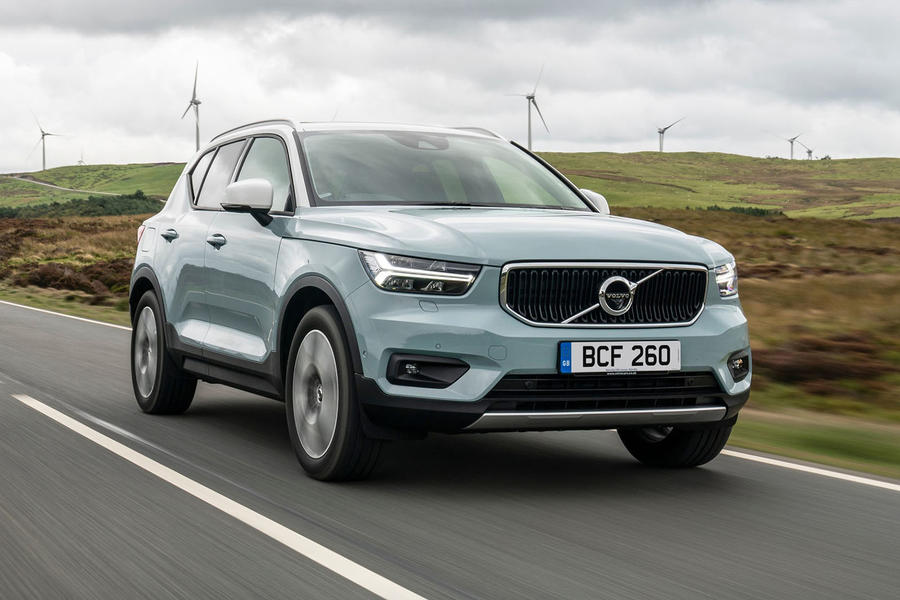 Despite its entry-level positioning, you still get the sense that an effort has been made to make the Momentum-grade XC40 feel like it belongs towards the premium end of the compact SUV segment.

Volvo’s large, 9.0in portrait-oriented Sensus touchscreen dominates the centre of the dash, flanked by stylised air vents; while a patterned dashboard graphic injects a dash of flair into a cabin where dark soft-touch plastics have been used fairly liberally. The overall effect is a cabin that perhaps isn’t as quite as plush as those of the larger members of Volvo’s XC-family SUVs, but one that’s still certainly in keeping with the XC40’s more debonair image.

Ergonomics are spot on too, with plenty of adjustability both the driver’s seat and steering column making it easy to get comfortable behind the wheel. Space in the back, meanwhile, is decent but not particularly outstanding. The rear seats are rather small for adult-sized passengers, although leg- and headroom are reasonable. Just be warned that opting for the £1,000 panoramic sunroof will compromise this somewhat.

That new T4 engine suits the XC40 well, too. It’s reasonably hushed on start-up and at idle, and remains unintrusive at cruising speeds. A practicably wide torque spread (1400rpm to 4000rpm) means there isn’t a huge need to work the engine hard to make progress either - it’ll pull willingly enough from about 1500rpm, though does so with more conviction from above 2100rpm. And while it’s reasonably happy to be revved out, it does start to run out of puff from above 5000rpm.

Gear changes are generally seamless on the move, though the eight-speed box does have a tendency to upshift a touch earlier than you might like when pressing on, meaning that acceleration out of corners can be slightly delayed while it selects a lower gear. However, this is easily solved by switching to Dynamic mode, which made the transmission far more willing to hold on to its selected gear.

As for its on-road composure, the standard suspension set-up of our Momentum-spec test car did see it lose some of the dynamic verve that so impressed us in the sportier R-Design and First Edition models. While far from uncomfortable, there was an underlying sense of jostle about the XC40’s ride at low speeds, while roll about its lateral axis was notable through bends, too.

Front-end grip meanwhile, felt a bit on the short side, with the Volvo defaulting to understeer with little in the way of provocation on slippery roads. As for its steering, it remains characteristically light and floaty at low speeds, though weights up nicely with a degree more pace. 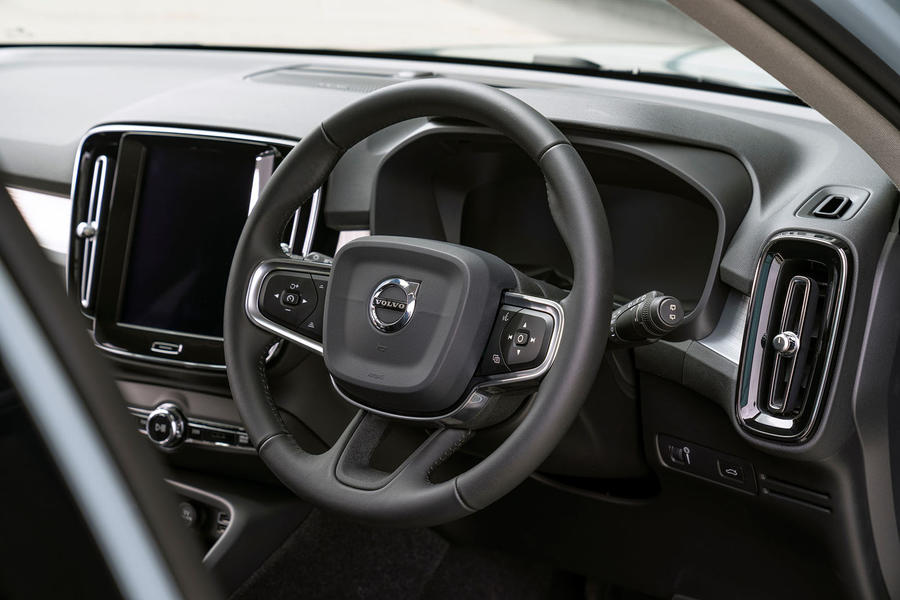 Where the T3-engined XC40 left us feeling a touch underwhelmed, this T4 unit feels well-suited to the smallest of Volvo SUVs. Its willingness to pull means overtaking needn’t be a nerve-wracking process, while its generally quiet and calm demeanour should make it well-suited to extended stints on the motorway. At 33.3mpg, its fuel economy reading was a touch short of Volvo’s 40.9mpg claim, though this will likely improve when not being driven under more enthusiastic road testing conditions.

While this particular specification level didn’t quite manage the levels of handling pep and composure we’ve previously praised higher-grade XC40s for, were the T4 engine under the bonnet of an R-Design, you'd be looking at a very sweet little SUV indeed. 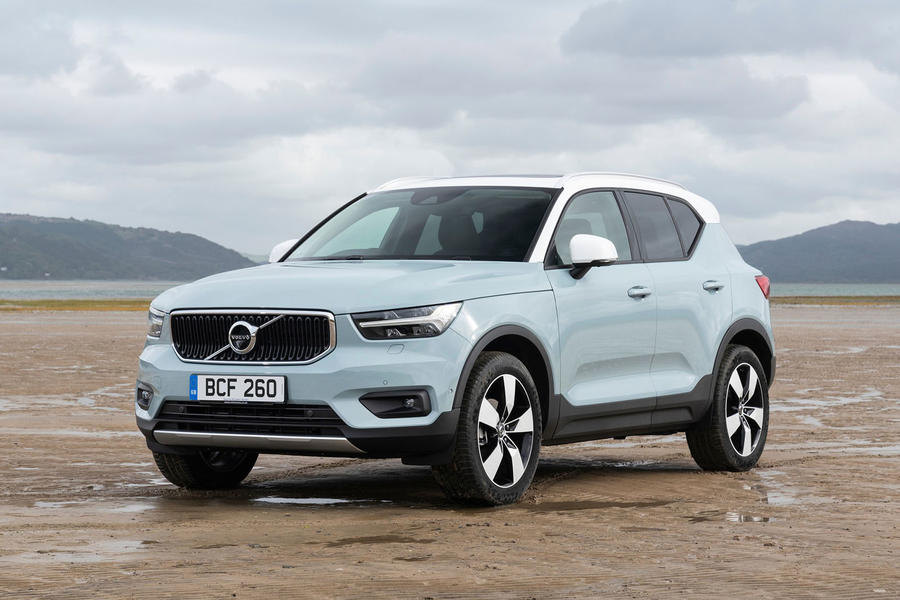 Is 190hp considered a modest

Is 190hp considered a modest amount of power nowadays?

Where is it made

China? Just curious :-))and absolutely the new Tiguan has it beat all round

Where is it made? A search would is on your phone.

The bulk of European vehicles are assembled in Ghent Belgium as there is a huge demand there is also assembly in  Luqiao China the bulk being absorbed by the local market. They are engineered and designed in Sweden by Volvo. Parent company Geeley is known for good quality for their own products all from newer state of the art assembly plants.