The latest version of Volvo’s hugely popular Volvo XC40 both completes one chapter for the company – and starts a new one.

The XC40 Recharge Plug-in Hybrid T5, to give it its full name, completes the Swedish firm’s goal of offering a plug-in version of every model in its line-up. It’s also the first Volvo to use the new Recharge branding unveiled at the launch of the full-electric version of the small SUV last year. The moniker will be used on all future plug-in hybrid (PHEV) and full-electric models - any Volvo you can plug in and charge, basically.

While Volvo’s other plug-in models, built on the SPA architecture, feature an electric motor that drives the rear wheels, the XC40 twins the three-cylinder 1.5-litre engine with a front-mounted electric motor, powering the front wheels only. Both motors are driven through a seven-speed dual-clutch automatic gearbox.

The XC40 PHEV is due to reach the UK shortly, but we were given a short early introduction at Volvo’s Gothenburg base in Sweden. 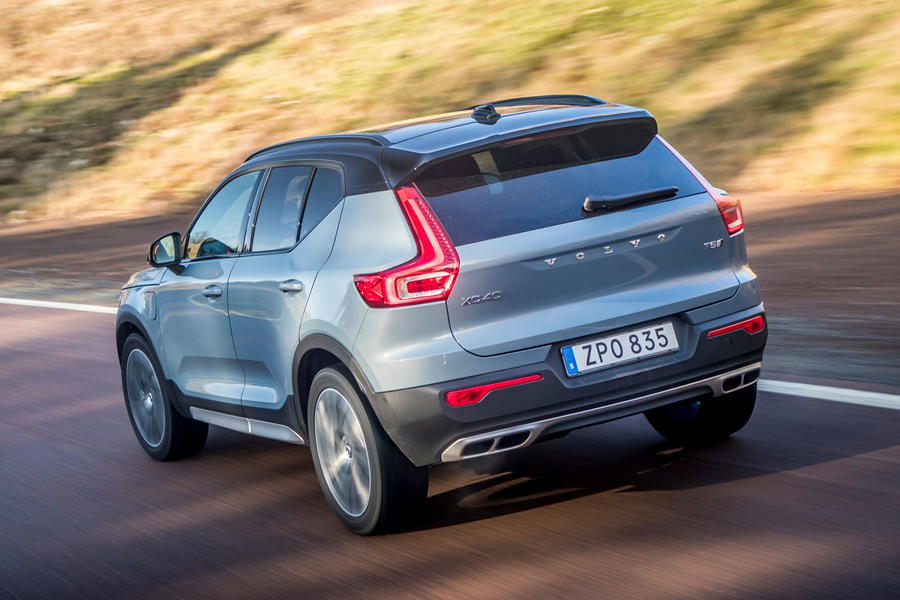 Aside from the charging port near the front wheel arch, you’d be hard pressed to spot the difference between the plug-in XC40 and purely combustion-engined versions. And that’s no bad thing, given how well resolved the design of Volvo’s smallest SUV is.

It’s a similar story inside, with the same level of quality, well-finished interior as other versions. You wouldn’t even notice this is a PHEV by looking in the boot: unlike some plug-ins, the XC40 has the same boot capacity as the regular version. But the moment the XC40 accelerates from standstill on a soothing push of electric power, there’s no doubt that a hybrid powertrain propels the car.

The reason the boot is unaffected is because the whole powertrain is located under the bonnet. The three-cylinder engine produces 178bhp, with the electric motor adding 80bhp. The electric unit draws power from a 10.7kWh lithium ion battery, which is located in the central drivetrain tunnel of the car, and allows for a claimed 31 miles of electric-only running.

It’s a well-honed package, offering effortless electric-only running in Pure mode – one of four drive modes, which include an off-road setting, accessed via a button just below the touchscreen. In the standard Hybrid mode, the transition from electric to petrol motor is seamless and the refinement of the three-cylinder unit can make it hard to tell when it has cut in.

A useful indicator on the rev counter shows where the car will switch power sources, making it easy to balance making rapid progress with extracting better fuel economy.

Even in ‘sporty driving’ Power mode, the XC40 plug-in powertrain isn’t the last word in dynamic performance, but then you wouldn’t want it to be in this sort of car. However, it adds an extra layer of refinement to a car already well regarded for its refinement. 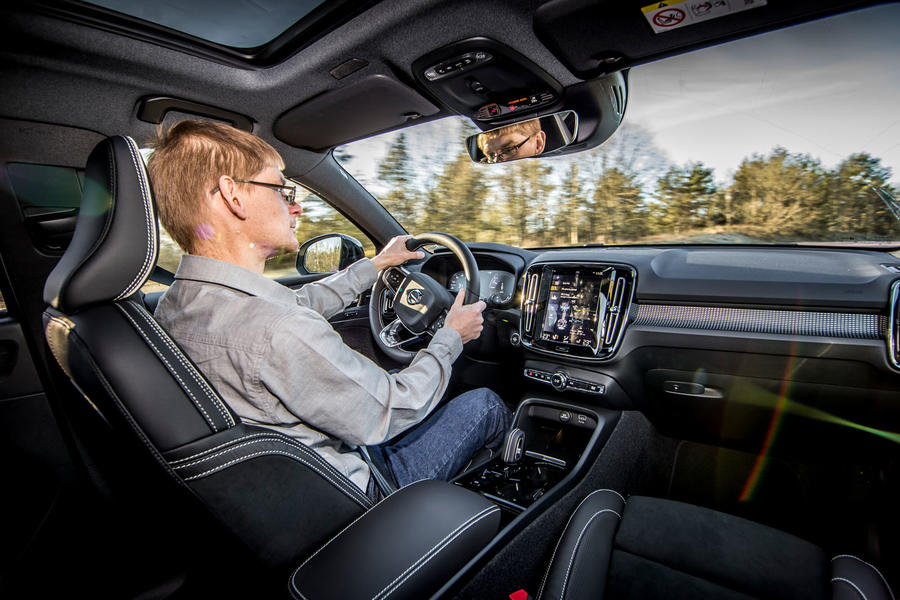 With our running limited to Volvo’s test track, we’ve yet to do enough mileage in the XC40 Recharge PHEV to offer a definitive verdict and so are withholding a star rating for now – but our first impression is that the new powertrain makes a strong package even more compelling. It keeps everything that ensures the XC40 remains one of our favourite small SUVs, and adds a compelling new powertrain option.

As ever with a plug-in, much will depend on what you’re buying it for, and how you intend to use it. Keep the battery topped up and make the most of EV mode and you’ve got an ideal city cruiser that can also cope effortlessly with long cruising journeys. Economics comes into it, too: the £40,905 price of the R Design model we drove compares with £36,585 for the most powerful 244bhp petrol variant in similar R Design spec (but offering all-wheel drive).

Another benefit is the reduction in CO2 output – 41g/km, compared to 127g/km for the XC40 T3, powered purely by the three-cylinder 1.5 petrol engine, and a fuel economy of 141.2mpg (an NEDC correlated figure based on the WLTP test cycle).

Of course, those looking for a compact Volvo SUV capable of pure-electric running might want to think about the forthcoming XC40 Recharge Full Electric.  Such are the dilemmas that come from Volvo’s decision to offer one model with multiple powertrains… 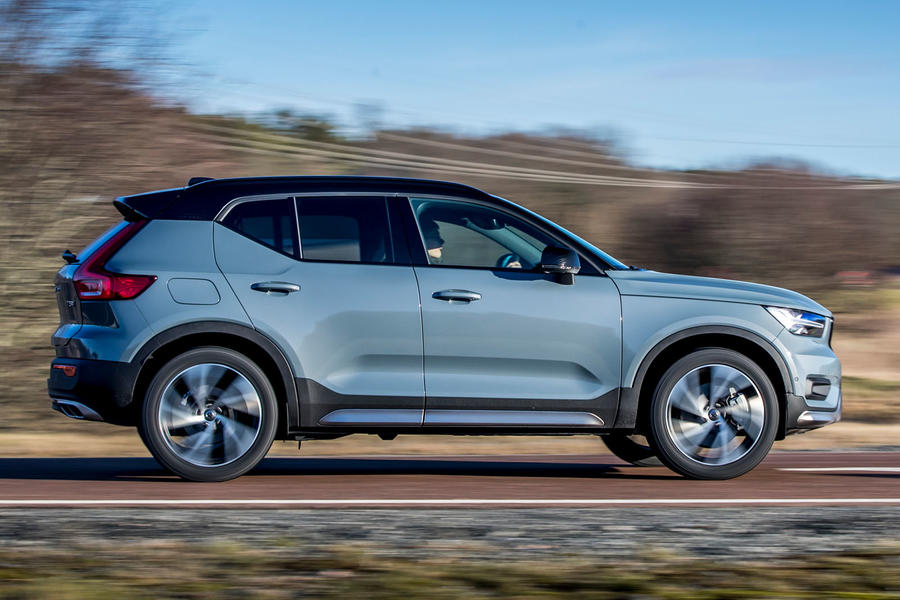 it's a shame that this is just over the £40k tax threshold, as it would put people off buying one privately. It would me...unless having a battery component reduces the road tax?

Maybe someone could enlighten me if I'm wrong??

Expensive is what this is.

Be careful Blackdog will bite

I hate to suggest it but

To make sense of the CO2 output and real-world mpg of PHEVs don't we need to have a means of recording each cars' battery versus petrol usage. The tax you pay would then depend on how you drive it.

There seems to be a lot of anti-PHEV comment around which is strange because these cars can actually be very efficient. I run mine mainly on electric and its a company car.

I know there is an argument that some people have these as company cars but never plug them in, but even then, they spew out a lot less pollution around town where they rarely run their engines, charging and saving the battery when doing faster miles, so there is still a genuine environmental advantage.

When sold by the company they are bought by private buyers who, having paid a premium for them almost always plug them in. Therefore the company tax incentives ensure that there is a ready supply of vehicles that can do the school run and local journeys on electric only, but will also work for the family holiday.