From £36,9507
The Volvo V90 Cross Country now comes with petrol power. But does it add up financially?
Open gallery
Close

Volvo has offered a rugged off-road estate car since the mid-1990s and has nearly had the market to itself. Yes, there has been the Subaru Legacy Outback, but sales of that car were hamstrung by its petrol-only range of engines for a long time, it only getting diesel options more recently.

With the onset of a backlash against cars that drink from the black pump, Volvo has gone the other way and fitted a petrol engine to its most expensive estate car, meaning it now offers greater powertrain variety than its closest rivals, the Audi A6 Allroad and the new Mercedes E-Class All-Terrain.

Quite a lot has changed since Volvo launched its first off-road estate - not just the popularity of the the full-size SUV. But the Swedish firm has managed to maintain its position in the market by offering Cross Country - badged XC - versions of the V70 estate. Its replacement, the V90 Cross Country, has a raised ride height, an off-road mode and exterior body cladding in black plastic or painted in the exterior body colour of the car for a bit more money.

Instead of the more usual diesel that is common in a car of this type, Volvo has put its highest-output 2.0 four-cylinder petrol into the most expensive V90 Cross Country you can buy. With 316bhp, the T6 is a lot faster on paper than the D5 Powerpulse, dropping the 0-62mph time to 6.3sec. 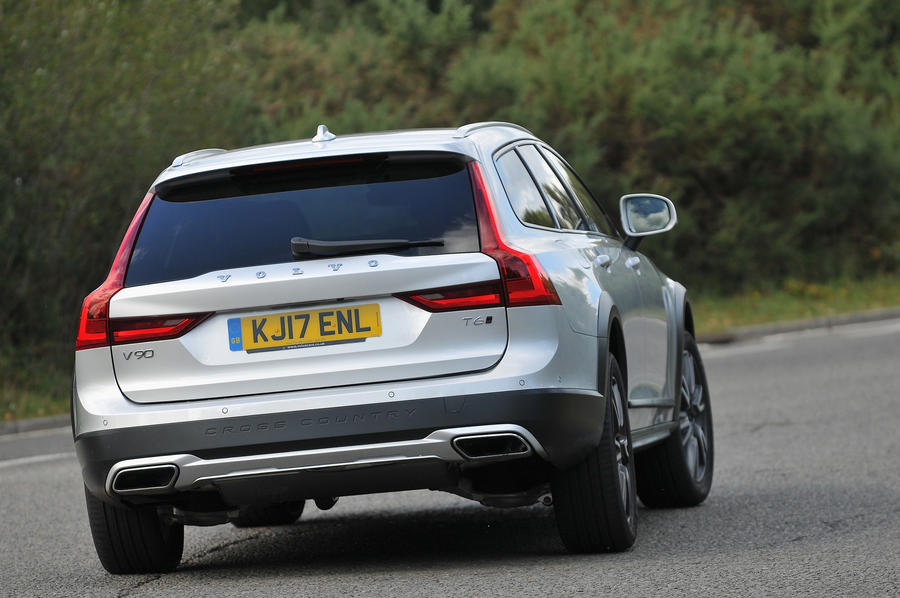 All of what we’ve concluded about the diesel car still applies to this new T6. It still has a more supple ride than the Volvo V90 on which it’s based, meaning it smooths out the initial shock of sunken drain covers with aplomb and is relaxing in general. When pushed, it will roll to a greater degree, but that seems a worthwhile trade-off given the raised ride height and higher levels of comfort the Cross Country provides.

The important bit is the new engine. Much has been written about Volvo downsizing its engines; however, the main point is it now uses the same engine size for all models in the range, increasing power output through the use of different forced-induction systems. This T6 runs a supercharger for when the engine is running at low revs, with a turbo taking over at higher revs. The idea is that both systems, on their own, have limitations, but by combining the two on one engine you can mitigate them.

On the whole, it works. This engine is incredibly strong, managing to provide impressive mid-range power when you need to overtake or merge onto a motorway, but it is let down by its slow-acting eight-speed automatic. It also doesn’t feel all that mighty around town, owing to a dead spot in the initial travel of the throttle pedal. It’s something you have to get used to - otherwise, the uninitiated might try pushing the pedal a bit further down to stoke the car into action and then get a bit too much acceleration.

The diesel engine has been criticised for being grumbly from cold and under acceleration. While the petrol model is near silent at idle, it has a raspy exhaust note that's common to high-performance four-cylinder engines but a bit unbecoming of an more luxurious car. 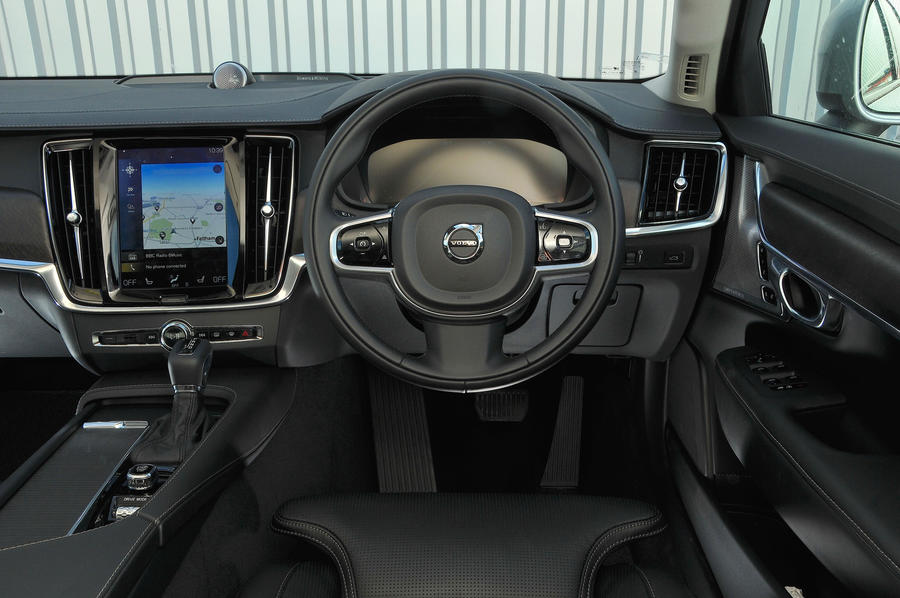 The T6 is an impressive engine, but once the higher fuel costs, road tax and purchase price are all taken into account it becomes hard to wholeheartedly recommend.

It offers the same amount of torque as the lower-powered diesel D4 version, but does so some 550rpm higher in the rev range. That doesn’t sound too significant, but it means that while the diesel holds onto the same gear when asked for moderate acceleration, the T6 inconveniently requires a downshift or two. When the car is loaded with passengers plus luggage, this effect is even more pronounced.

Then there’s fuel economy. Officially this car should achieve 36.7mpg, yet we struggled to get anywhere near that, even after an extended run on the motorway. Also consider that the T6 is only available in top-spec Cross-Country Pro trim, and as such is priced above the diesel, and financially it simply doesn’t make sense.

However, look at it in context with its rivals, the Audi A6 Allroad and the Mercedes E-Class All-Terrain, and the Volvo starts to gain a bit of ground. It doesn’t have quite the same boot space of the Mercedes, but it is considerably less expensive, and it's also more modern than the Audi . For now, then, the V90 Cross-Country is the best choice in this niche category, just not with this engine - stick with the diesel. 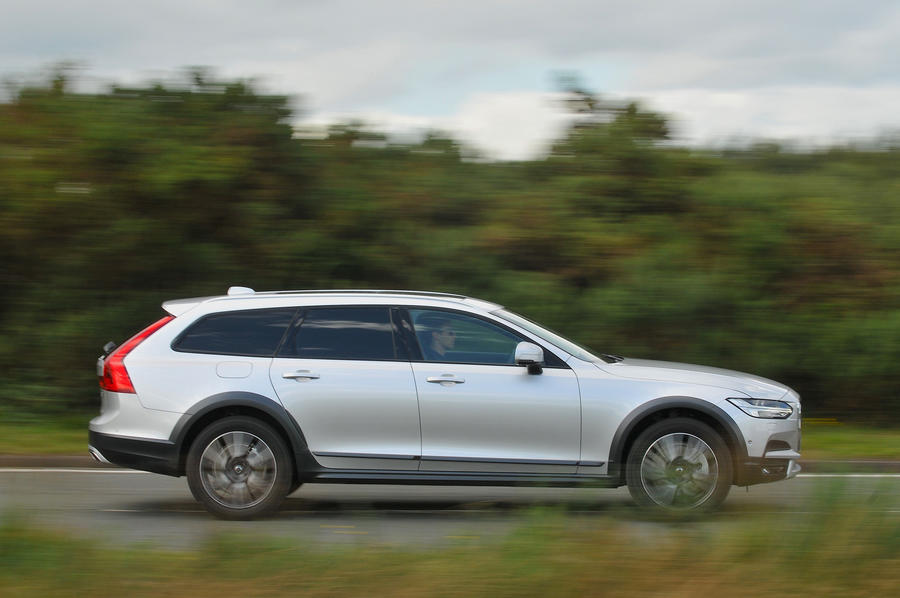 I'm going to test one of these

I want to see if there is any way I can replace my discovery with one in January. Not convinced, but worth a look. I'd have to buy a tow car too, but I can live with that.

i like the idea of a petrol, but will probably go for a diesel for all the reasons above. Some half decent discounts available too.

"Yes, there has been the

"Yes, there has been the Subaru Legacy Outback, but sales of that car were hamstrung by its petrol-only range of engines for a long time, it only getting diesel options more recently."

...and the fact that you cannot find a Subaru dealer for love nor money.

..and a 520SE Xdrive Auto Touring comes in at £41,000 (includes heated leather, heated washer nozzle's and eletric child locks) not £45K. But you don't get things radar cruise, pilot assist (whatever that is)
View all comments (8)