From £22,3558
Can a small-capacity petrol engine really steal a march on oil-burners in the range?
Open gallery
Close

This is our first look at a petrol-fuelled Volkswagen Tiguan since the second-generation model was launched in 2016. In this guise, the mainstream compact SUV gets the rare combination of three pedals, a non-electrified drivetrain and, by today’s standards, almost balloon-like 65-profile tyres on its meagre 17in rims. We’ll come back to whether this mix still makes sense.

Tested here in Active trim, it represents the range’s lower-middle ground at £29,180. That its 148bhp, 1.5-litre turbocharged four is now the most popular engine in the line-up shows how the tide has turned against diesel power in this sector, too. At its launch, the 2.0 TDI diesel used to be top dog.

There’s certainly a compelling argument for choosing this engine instead of the oil-burner. It produces identical power to the most popular TDI and trades almost nothing in terms of benchmark performance (9.9sec 0-62mph and 126mph top speed versus the diesel's 9.4sec and 125mph). With a maximum 184lb ft of torque, the petrol is 67lb ft down on the diesel’s output, but given that it’s produced between 1500rpm and 3500rpm, it will slog away with the best of them.

As you’d expect, there’s a price to pay at the pump, with the TSI’s official combined 43.9mpg markedly down on the TDI’s 55.4mpg. But factor in the near-£2000 extra you’d pay for an Active 2.0 TDI (and the extra cost of a litre of diesel), and the marginal hit on your tax liability if you were running it as a company car (32% plays 29% for the diesel), and you can begin to see why buyers are starting to prefer refuelling at the green pump. 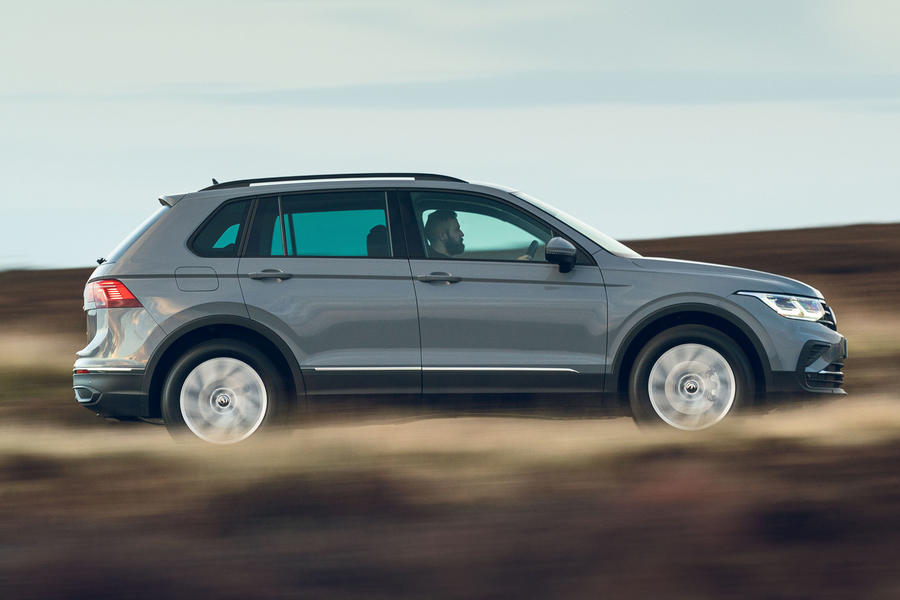 The Tiguan’s cabin is capacious for four adults and offers good visibility to the sides and rear. However, a high scuttle means you lose sight of the bonnet if you choose a lower seating position. Textured surfaces abound, with even the bases of the cubbies rubberised or trimmed, but typically those lower down are hard and scratchy. The clear, logical layout of the dashboard and controls is welcome, although deactivating the defaulted lane departure system means a trip through four sub-menus of the optional (£475) 10.25in touchscreen.

On the road, the Tiguan’s TSI engine is commendably quiet and smooth, and combined with the light, slick six-speed manual gearbox (a dual-clutch auto is available, but at a near £2000 premium), it makes for an effortless driving experience. In fact, while its timbre can turn gruff in the higher reaches, you barely need raise your voice to be heard, even when it's revved to its 6000rpm redline.

The two-cylinder deactivation under light loads is hardly discernible, and the generous spread of torque from lower down means that you often skip fifth gear on the way up to sixth/top. If you do extend it, the 1.5-litre engine punches above its weight and performance is pleasingly strong, especially in the mid-range.

And those deep-sidewalled tyres? Yes, please. The Tiguan’s rather mute steering will put pay to any genuine sense of connection with the road surface, whatever its wheel and tyre combination, but the gains made in ride comfort – as well as improved economy – make them a welcome fitment at all other times. 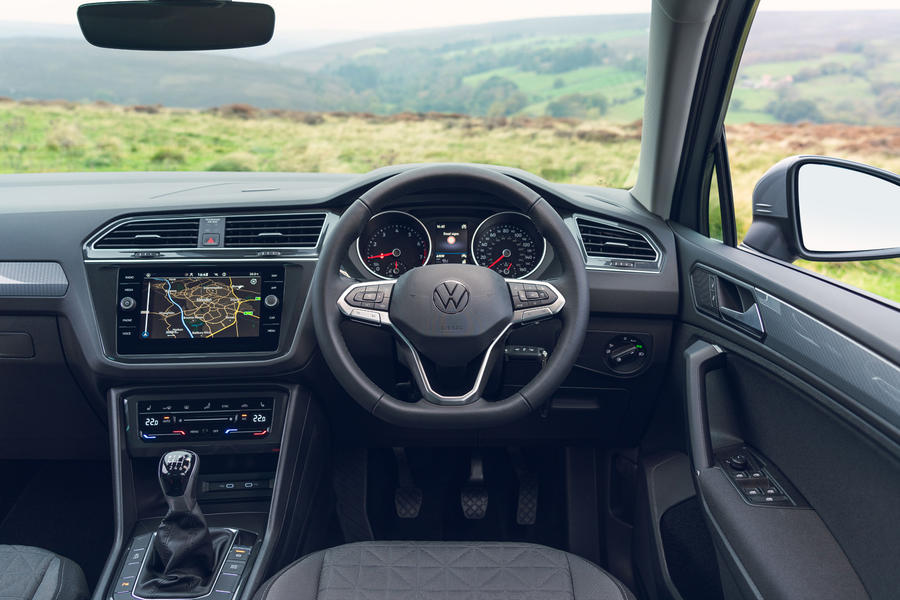 Today’s compact SUV class is full of talent, and unless you’re piling on the motorway miles, opting for a Tiguan with this petrol engine makes more sense than ever.

It’s also still one of our favourites as an overall package, although competition from the Volvo XC40’s slightly more expensive and less spacious 1.5 T3 in Momentum trim (£30,505), and Nissan’s less punchy Qashqai 1.3 DiG-T in N-Connecta spec (£29,025) should also be on your shopping list. 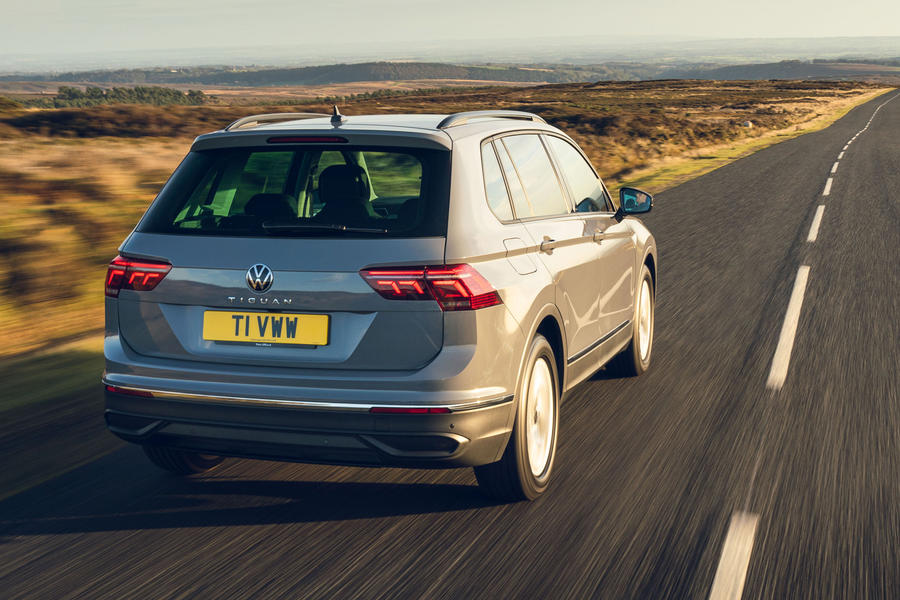 Maybe xxxx, there are people out there who privately buy diesels because they do a lot of miles and don't have the benefit of having a company car. Wake up you tool.

A comparison with the ID4 would have been useful.

There really is no point in reviewing any new mass-market vehicle unless it's an EV.  Internal combustion for everyday transport is dying.  Why not be honest about it?  At least then, buyers won't be encouraged to waste all their money on some fossil-powered clunker that will be worthless in 5 year's time.