From £14,5107
Volkswagen's classy Polo supermini is now available with a 79bhp three-cylinder motor. Is this the engine to go for?
Open gallery
Close

The Volkswagen Polo is a car we like here at Autocar. It might be quite a serious little thing, but it drives well, handles tidily and goes about the business of being a car with little in the way of fuss or bother. When we road tested the sixth-generation version of Wolfsburg’s supermini early last year, we didn’t like it quite enough to award it five stars, but four and a half isn’t a bad innings.

That car was the 1.0 TSI petrol model. It had a turbocharged 94bhp three-cylinder motor under its bonnet, driving the front wheels through a five-speed manual gearbox. It wasn’t quick, but neither were its rivals, and its 129lb ft meant it felt strong by the standards of the class. Flexible, too. It earned its keep, in other words.

This particular Polo is that car’s little brother, and it replaces the 1.0 TSI with a 1.0 Evo engine. It’s still a three-cylinder unit, only it doesn’t benefit from any form of forced induction, so you’ll have to make do with 79bhp and 68lb ft - the latter arriving at 3750rpm. Even by the standards of the wider supermini class, that seems a touch, well, underwhelming. It’s available in both SE trim and our Beats-specification test model, and it's £715 cheaper than the 94bhp equivalent.

Elsewhere, though, it’s business as usual. It still has a five-speed manual ’box, driving the front wheels. MacPherson struts still make up the Polo’s front suspension, and a torsion beam continues to be employed at the rear. In £16,795 Beats specification, the Polo's cabin still feels a cut above the rest of the class in terms of premium appeal, and it’ll still seat two adults in reasonable comfort in the second row. You’ll have to pay an extra £675 if you want the snazzy Discover Navigation system that was fitted to our test car, and climate control is also optional, at £415. 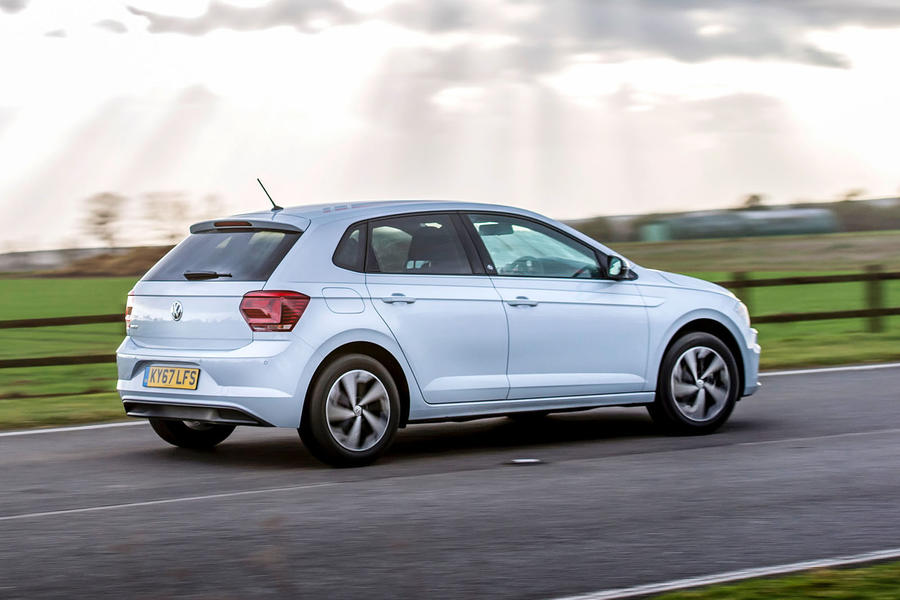 Putting the engine firmly to one side, there’s not much about the manner in which this Polo goes down the road that’ll upset. At the same time, there’s not much to really inspire, either. Dynamically, it’s a bit beige; it changes direction with respectable conviction and grips tenaciously enough when you tip it into a bend. Body roll arrives in a controlled and progressive fashion, too. But that eager sense of fun and enthusiasm you get from a Ford Fiesta or a Mini 3dr is conspicuous by its absence.

Next to those more adjustable, spry-handling superminis, the Polo isn’t particularly willing to bring its rear end into play with a lift of the accelerator. And its steering - though nicely weighted once you wind on a good amount of lock - doesn’t paint much of a picture as to the relationship between tyre and road. You never get the sense the Polo is a car that enjoys being thrown about. It’ll deal with being thrown about just fine, sure, but you feel as though it's rolling its eyes at you when you do, like a disinterested teenager might. Those after a car to simply get them from A to B with as little fuss as possible will probably quite like the Polo for this. Others might not. For what it’s worth, I find the Polo’s handling difficult to get excited about.

Its ride is as impressive as ever, though. It retains the same rubber-footed, cosseting demeanour common to all Polos this side of the hotter GTI (and even that rides in an impressively civilised manner). It still suffers from some of the shuddering that affects all cars with shorter wheelbases, but generally it does well to sand down the edges of all but the sharpest intrusions - both at town speeds and on the open road. It’d certainly be easier to live with than a Mini, but the Mini - even with its far firmer ride - would be more fun. So would a Fiesta.

So how about that engine, then? For town duties, it’s fine. Its torque may not be quite as accessible as that of its turbocharged brethren, but you don’t have to rev it to death to avoid stalling. The gearshift is light and accurate enough, and while the pedals are positioned slightly too high relative to your driving position, they’re suitably weighted and spaced sensibly.

It’s not quick, though. Put your foot down and nothing much really happens until you’re well above 3000rpm. That’s not so much of an issue in an urban environment, but it can be frustrating on the open road. Taking on an incline in top gear can see the speedo needle begin to retreat back down the dial. Overtaking requires numerous downshifts and plenty of clear road ahead, too. It seems that by losing that turbocharger, the 1.0 Evo engine has lost a good deal of the tractability that made the 94bhp 1.0 TSI powerplant so appealing. 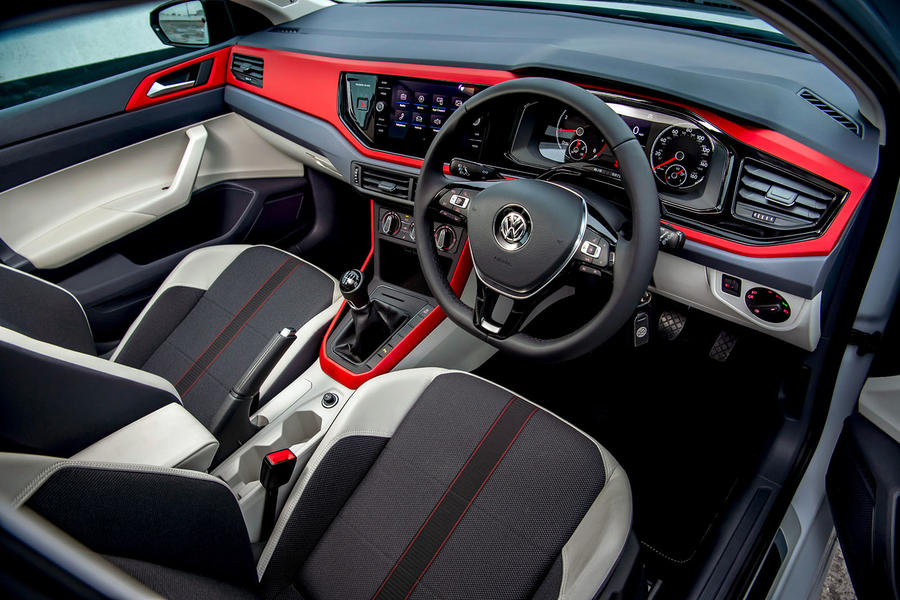 As a no-nonsense, comfortable, attractive and practical supermini, the Polo has a lot going for it. With the 94bhp 1.0 TSI engine, it’s a highly recommendable choice in a market that’s currently awash with rivals. But by losing some of user-friendliness that contributed to that strain of Polo’s four-and-a-half-star road test score, the 1.0 Evo also ends up losing a star. 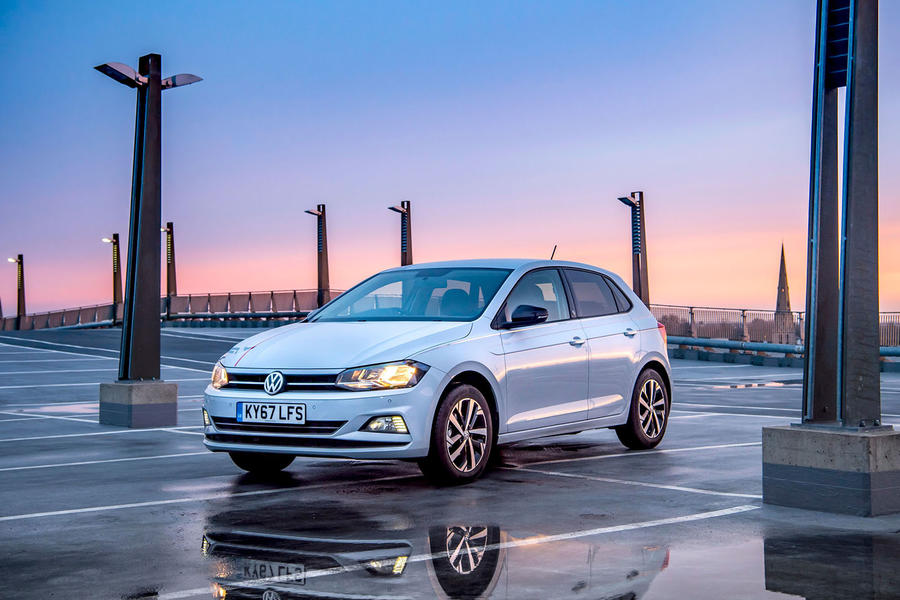 15.4 seconds to 60.... that is very slow, makes me question how safe you would feel joining a motorway off a short slip road or A road trying to get to 70mph.

I would guess it would use a lot more fuel to get it up to speed as well.

More cost cutting by getting rid of the turbo charger?

however the price isn't reflecting such a position, too expensive for what it provides.

however the price isn't reflecting such a position, too expensive for what it provides.

The pace isn’t sufficient though for modern day traffic - most vans would probably put accelerate this - their is very few superminis that accelerate this slowly this day in age, even my first car a 59bhp Fiesta in 2001 accelerated quicker and that was slow. If everything around it was slower accelerating it wouldn’t be a problem.

I also don’t think it’s good for new drivers - imagine inexperience and underpowered joining a motorway, it’s simply an accident waiting to happen. Pulling out of side roads onto 60mph roads struggling to get up to speed.

I drive a 1.3cdti Astra at work and I think that does 60 in around 14 seconds - that is a long slog when I have pulled into a lay by on an A road and trying to rejoin...

My first two cars were about this slow or even slower

and I on the contrary reckon it good lesson for young drivers - which I was at the time, to learn to drive a very slow car. Sure, when joining a faster road you require bit of time to build up speed - that can't be helped. However once you made it - I didn't find it a hardship to my recall. Driving a very slow car requires different driving style, to what drivers get used to - if they never drive anything else but what has ample power. Believe me, it's quite possible to over-take with ample levels of safety, even when driving something with 0-60 at 18 sec. That was my first car, I doubt it had better acceleraton than that. What you absolutely have to do, when driving such a slow vehicle, is to learn to read the traffic. You have to you to start accelerating bit ahead of the gap, to have got the speed to fit right in. And when overtaking you have to, aim bit ahead in time as well - start accelerating little ahead in time, then time it right and you can scoot ahead and overtake quickly. Once you've got the hang of it - you never forget how. And even later when you own something more potent - this driving style still benefits you. As then you're overtaking with less energy expended. I usually when I intend to overtake even however my current mobile has 180bhp. not mere 50 as my first mobile still generally keep something like 4 car lengths behind, even when planning an overtake. Use that space like a runaway. It simply means, overtaking happens with so little use of power, reeves don't need to exceed 2500. When I was driving with mere motive power of 50bhp. it made overtaking possible without undue risk. Sure, I prefer my current car.