Time waits for no man. Or car. In the time since we road tested the current Volkswagen Polo and declared it top of the supermini class, quite a few new or thoroughly refreshed rivals have entered the fray, aiming for the Volkswagen's crown.

So it’s facelift time for the Polo. Its design is awkwardly caught between VW’s older, more rectilinear design language and the more recent swoopy monobrow style first seen on the Mk8 Volkswagen Golf, which makes the fussier headlights and bigger tail-lights sit slightly uneasy on the more restrained body.

VW has also revised the trim levels with more kit fitted as standard. Not counting the GTI, there are just three: Life, Style and R-Line. The cheapest Polo, costing £17,885, is now a Life with a 79bhp naturally aspirated 1.0-litre, but really you want at least the 94bhp turbocharged version costing £18,825, which can be paired with a seven-speed DSG dual-clutch automatic as well as a five-speed manual. There is also a 108bhp DSG-only version, which is solely an R-Line model and costs £23,355.

Whichever version you choose, it’s one of the most expensive non-hybrid superminis, so it makes sense that VW estimates 60% of UK Polos will have the 94bhp engine, and 75% will be Life trim. Helpfully, our test car is both. 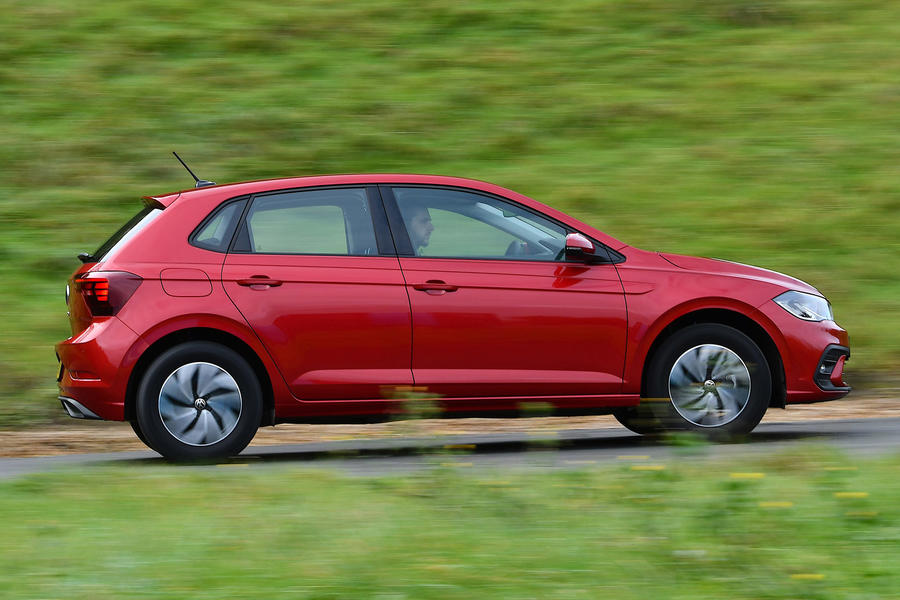 Four years ago, the Polo’s big strength was its spaciousness, and that hasn’t changed. It’s still one of the roomiest superminis. In the back, only a Skoda Fabia or Honda Jazz are more spacious and its 351-litre boot is similar to the Ibiza's, albeit smaller than the Renault Clio's and Skoda Fabia's.

The 94bhp engine can be a little grumbly low down, but it revs smoothly and would be perfectly adequate were it not for the tall gearing on the five-speed manual, which means that it needs quite a few revs to make good progress. Happily, thrashing it seems to make little difference to the fuel economy, and it gets 50mpg with ease. Its refinement on the motorway is so good that it would be acceptable in a car from the class above.

Where the Polo has gained the most significant uplift is in the standard-fit tech. There are now standard LED headlights, an 8.0in multimedia screen, a fully digital instrument cluster and a multifunction steering wheel. That cluster is clear and modern, but unless you pay £300 extra for the Digital Cockpit Pro, half of the available real estate remains dark.

All Polos also come with adaptive cruise control and travel assist. That’s quite rare in a small car, and what’s even rarer is that both actually work well. At the same time, it’s surprisingly bare, with things like automatic climate control and keyless entry consigned to the options list.

Ordinarily, we’d criticise the multimedia screen for still being the old system, but in VW’s case, the old system is generally more responsive and has more shortcuts, so that’s actually a good thing. Navigation isn’t standard, though, so if you press the 'Nav' button in a base-spec car, it displays a message telling you that you can add this function in the Volkswagen Shop. However, there’s wireless Apple CarPlay and Android Auto and, more often than not, Waze and Google Maps are superior to built-in navigation systems anyway.

But where the Polo’s sibling, the Seat Ibiza, got a significant interior uplift when it was facelifted earlier this year, the Polo remains pretty much the same, which means it’s just as austere and dull inside as before. The materials are fine, if nothing special, and the ergonomics, seat comfort and build quality are beyond reproach, but in a Clio or even a Fabia or Dacia Sandero, you at least get a flash of colour here, a mildly interesting texture there, something to liven things up. 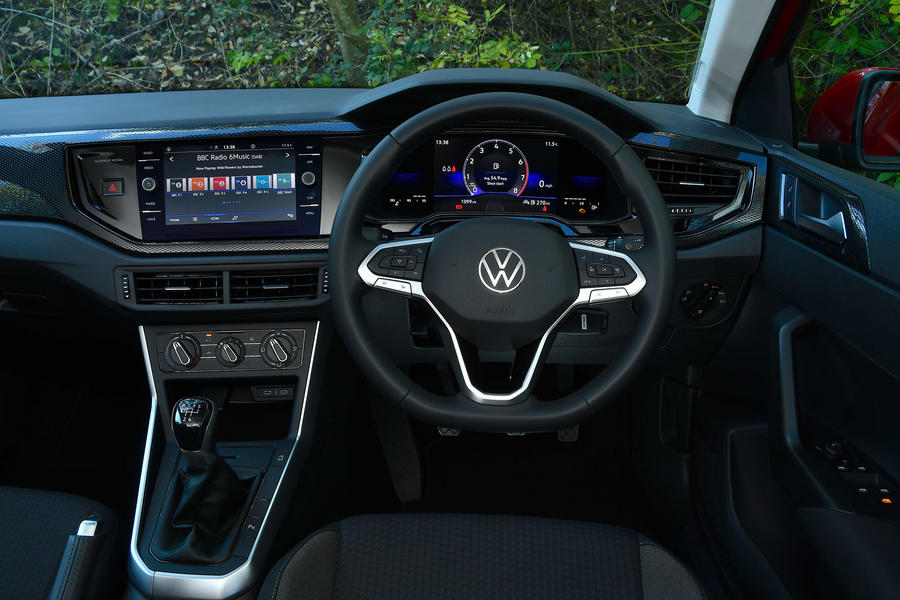 One of VW's key strengths always used to be that its cars were well engineered and well built, but inoffensive in every way.

It’s something that has been lost somewhat with the more technologically complex models like the Golf and Volkswagen ID 3, so it’s pleasing that the Polo sticks to the old philosophy, but a little more joie de vivre wouldn’t hurt. 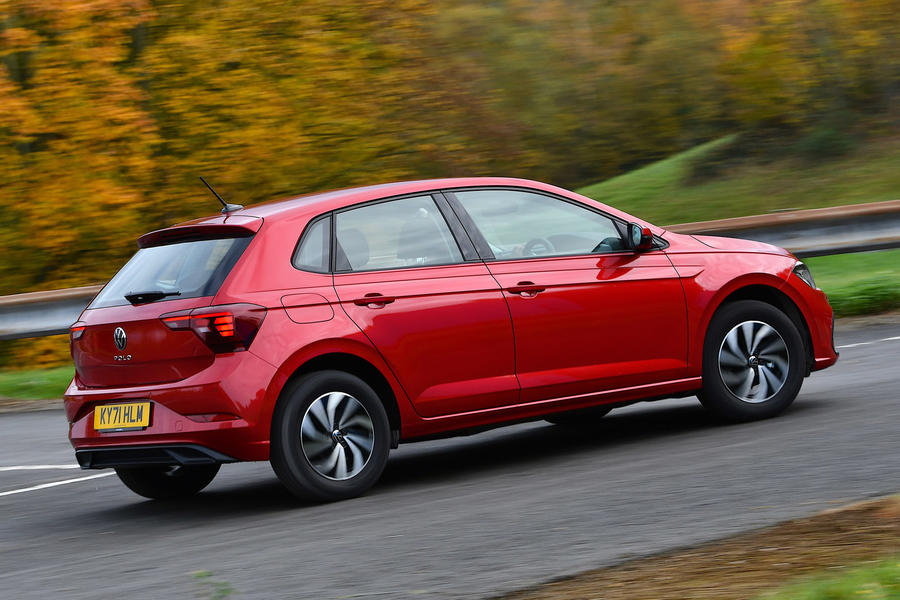 You dismiss car's in-built navigation systems as being unnecessary.

But my Golf's built-in navigation has two big benefits over Google Maps - (1) it doesn't send me down ridiculously small/unsuitable roads to save 5 seconds and (2) it can display maps and route guidance on the active info display.

I am not usually a fan of VWs, and yes this is very dull, however its more appealing than the MK8 Golf, with its droopy syling, and awful button free interior. I am surprised its as slow as it is with 94 BHP, but its OK, and despite looking expensive, its much cheaper than the Hybrid alternatives that Toyota and Honda force on their buyers. Sometimes dull is all people want (sad but true)

Not really, Clio and Juke with more horse power take a second longer.