The Arteon heralded a much sharper look and greater sales impetus than the old CC when it arrived in 2017. Yet its appeal was limited to a fastback body, which just couldn’t provide the practicality that many potential buyers sought.

Now that issue has been resolved with the Arteon Shooting Brake, an unusually extroverted Volkswagen that combines the visual elegance of a coupé with the versatility of an estate.

To the subtle design changes of the newly facelifted Arteon fastback, the Shooting Brake adds a unique rear end, comprising a longer roofline, a more tapered glasshouse, prominent D-pillars and an angled tailgate. It’s therefore only in height where the siblings differ, the fastback being 1428mm tall and the estate 1447mm.

Both Arteon variants are offered here with four revised turbocharged four-cylinder engines. These are a 148bhp 1.5-litre petrol, a 188bhp 2.0-litre petrol and 2.0-litre diesels making 148bhp and 197bhp. All get front-wheel drive and, in most cases, the choice of a six-speed manual or seven-speed dual-clutch gearbox.

Also coming, although not until next spring, are the new Arteon R and Arteon Shooting Brake R, which run the familiar EA888 2.0-litre four-pot turbo engine, making 316bhp.

However, it’s the new eHybrid driven here that’s of greatest interest to most customers. It uses the plug-in hybrid drivetrain of the Passat GTE, with a 154bhp 1.4-litre four-cylinder turbo petrol engine and a 113bhp gearbox-mounted electric motor.

Energy for this is provided by a 13.0kWh battery mounted in the boot floor, yielding an electric-only range of up to 33 miles at speeds up to 87mph, contributing handsomely to official CO2 emissions of just 25g/km. 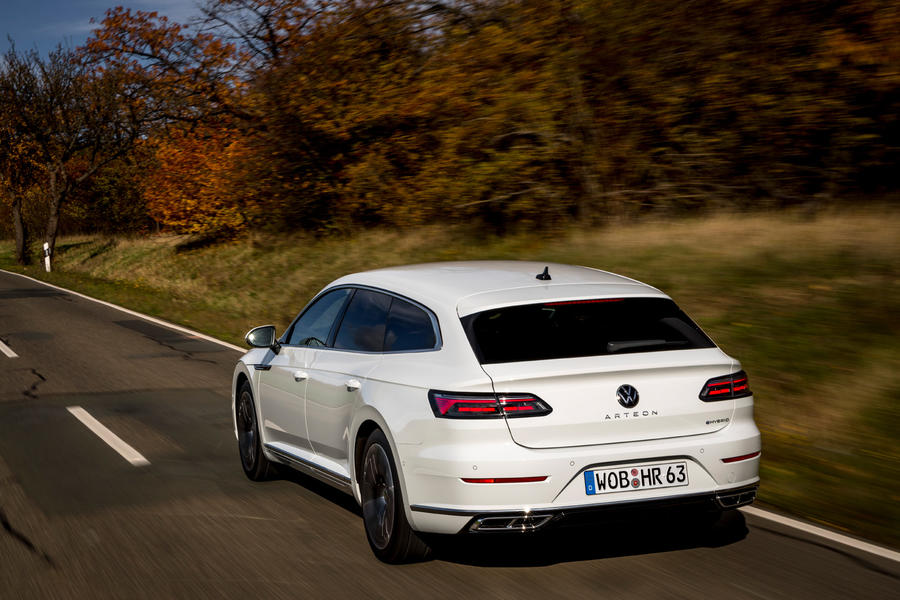 As with the Passat GTE, you can jump in the Arteon eHybrid and drive off without giving it much thought at all. Provided the battery has enough charge, it always starts and moves off silently, motivated by electrons alone.

To get the best out of it, though, it pays to get familiar with the driving modes, of which there are plenty. Along with the Eco, Comfort, Normal and Sport found in all Arteons fitted with adaptive dampers, there are an extra three for the eHybrid: E-mode for electric-only running, Hybrid for a combination of engine and motor and GTE for maximum performance.

Step-off and urban acceleration are reasonably strong in E-mode. And there’s next to no mechanical drag, other than when gentle regenerative braking kicks in as you go downhill.

But it doesn’t take much to trigger Hybrid mode. At a sharp stab of the throttle or a prod of the touchscreen, the engine fires up smoothly. The combining of the two power sources is quite impressive, although the process isn’t exactly seamless.

So configured, torque increases from 243lb ft to 295lb ft, making the car significantly livelier. The combined efforts of the engine and motor endow it with relaxed part-throttle cruising qualities and brisk acceleration when you push hard. And the engine is well isolated, adding to the feeling of heightened refinement delivered by the motor.

GTE mode doesn’t increase power or torque or make the Arteon feel any quicker than it does in Hybrid mode, but it does prevent the engine from switching off and the gearbox from decoupling, giving it strong response, if not a more determined feel.

Although it’s much heavier than regular Arteon models, at 1734kg, the eHybrid is entertaining to drive. Its variable-ratio steering is light but extremely accurate and gives good response when you turn it off-centre, making it easy to manoeuvre in town. It must be said that it doesn’t give a great deal of feel or feedback, though.

The steering stays light on faster country roads but becomes keener, while tautening the dampers ensures the body is well controlled, with lean building progressively in cornering.

This is quite a surefooted car, with grippy, dependable handling and good traction when hustled along using both petrol and electric power.

The optional 19in alloys and low-profile tyres do the ride no favours, making it fidgety at lower speeds and letting bumps make themselves felt. It settles down significantly at speed, however, becoming much comfier.

One key advantage the estate holds over the fastback is its flatter, longer roofline, which adds 11mm of head room up front and 48mm in the rear. Another is a bigger boot, but the extra 110 litres are lost to the battery in the eHybrid. At least you can still get 1497 litres by folding the rear bench. 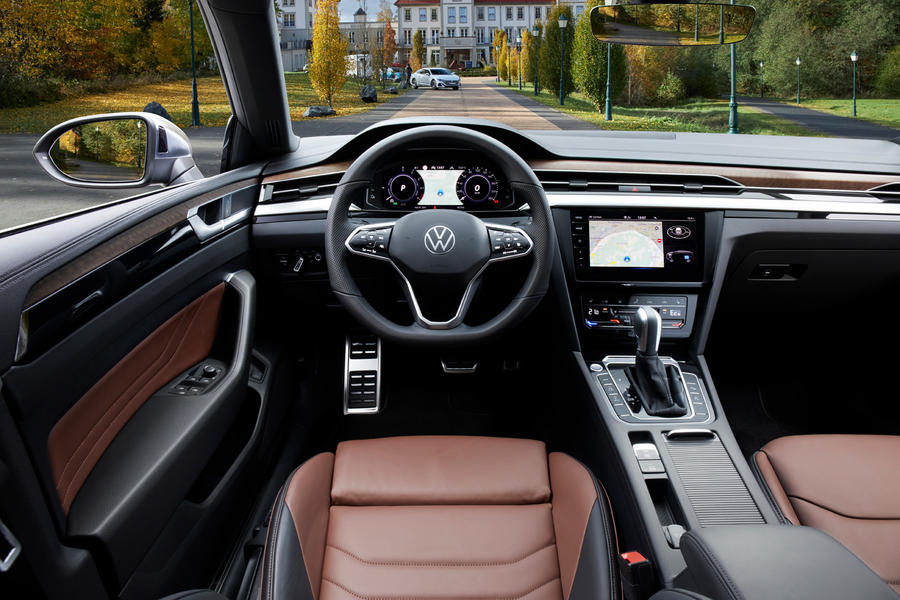 The Shooting Brake offers a little more space than its fastback sibling without giving anything away in performance or dynamic terms.

If you’re captured by its design, sometimes require lots of space and like the idea of being able to drive it as an EV, it’s well worth considering. 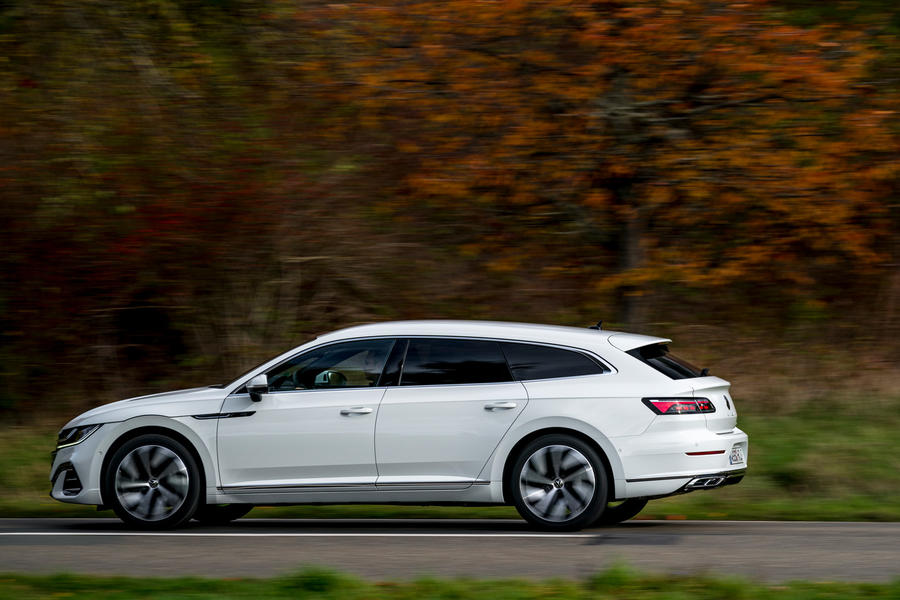 I'd take the 508SW but it's an interesting propostion. I think 1.4 is a little too small for this lump...

Ok, it sounds good with the £33K starting price, but spec it to your taste and?, your into £40K, not so attractive now.

looks like a 5 door Scirocco to me. Not offensive, but not great either.