The Volkswagen Arteon is considered the new face of the brand, with styling that will be carried over to other models in the range.

Bearing striking resemblance to the Sport Coupé GTE concept unveiled at the Geneva motor show in 2015, the new fastback is being positioned above the Volkswagen Passat as the new flagship model, rather than as a replacement for the CC.

We have already tried the Arteon on German roads with the range-topping 2.0 TSI and TDI engines. In addition, a 1.5 TSI (as found in the latest Volkswagen Golf), a 2.0 TSI 190 and 148bhp and 187bhp 2.0 TDIs will all be added to the range before the end of the year.

The 148bhp 2.0 TDI is the engine we are most interested in, because Volkswagen envisages that it will make up more than 60% of Arteon sales, with most opting for the seven-speed DSG auto, rather than the standard six-speed manual 'box.

So guess which configuration we chose? 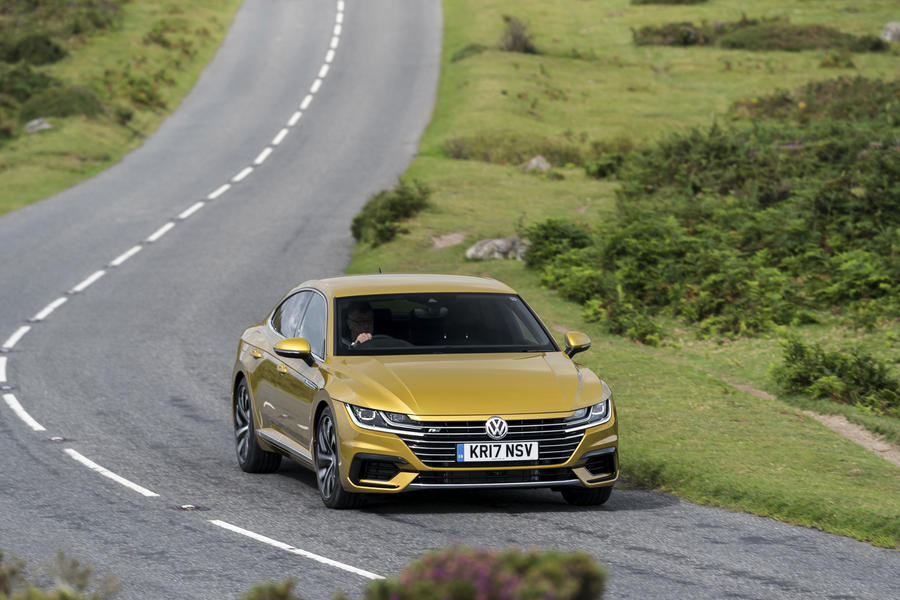 Volkswagen's 2.0 TDI engine isn’t a new unit on us. We have seen it in everything from the Golf through to the Volkswagen Tiguan, and the headlines are as follows: it’s a smooth, refined and frugal unit.

That is why its strengths aren’t a surprise in the Volkswagen Arteon. The oilburner is at its happiest when at a constant motorway cruise with the engine barely audible. It makes eating up large distances easy.

Where the 2.0 TDI comes up short is from a standstill, where it feels slightly sluggish and doesn’t pick up speed as quickly as at any other time. It’s not an inconvenience, but it is more trying when attempting a quick getaway at roundabouts or junctions.

The seven-speed dual-clutch gearbox is a delight, quickly and swiftly changing ratios around you without any fuss, while the ability to hold onto first gear compensates for the engine’s lack of thrust.

The ride on the Arteon is very good, having previously being left unconvinced with the car on 20in wheels. The larger side walls on the 18in and 19in alloys found as standard on the respective Elegance and R-Line trimmed cars help improve the overall damping, although the larger wheels do make the car more fidgety over broken surfaces.

Volkswagen has clearly set up the Volkswagen Arteon with cruising in mind and it shows with the way it has tuned the steering rack. It's quick, making the Arteon agile when cornering, while it's also remote and light.

Inside the Arteon is a tech fest. A 12.3in Active Info Display is fitted as standard, as is an 8.0in touchscreen infotainment system, LED headlights and tri-zone climate control. That level of kit means it keeps pace - and, in some cases, beats - offerings from rivals.

Where the Arteon scores most points is on space. There's plenty of room up front and rear room puts the BMW 4 Series Gran Coupé, Jaguar XE and Audi A5 Sportback in the shade. There is ample knee and leg room for a six-footer to get comfortable, even with someone the same size sat in front. However, shoulder room would be tight for three to sit side by side on the rear bench, while head room may seem limited to some due to the tapered roof – although not to the extent that some may experience in the back of an Audi A7, for example. 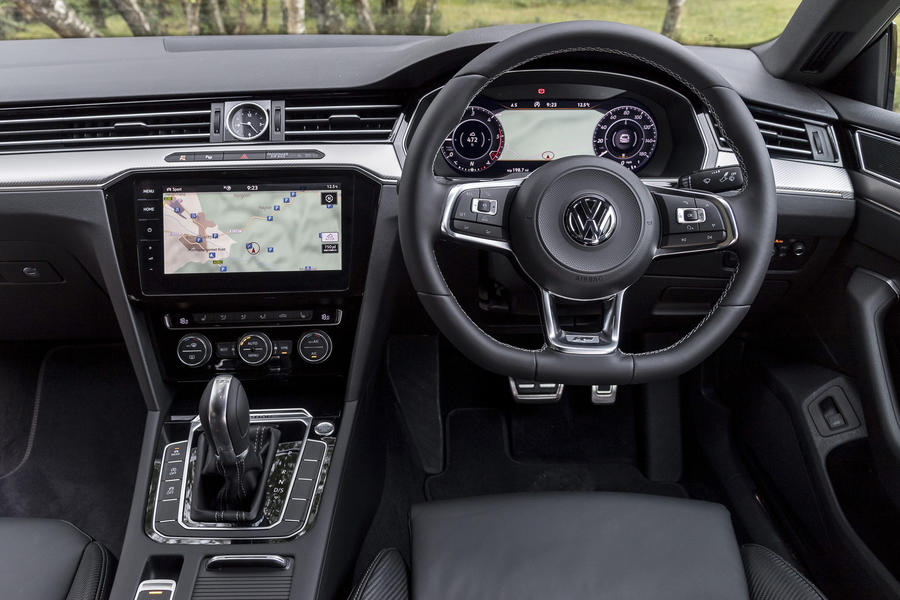 For fleet drivers looking for a capable motorway cruiser fitted with loads of standard equipment and is stylish to boot, the Arteon would have to be on their list of cars to consider, alongside the 4 Series Gran Coupé and A5 Sportback.

While it has a huge space advantage over its rivals, the only concern is whether the 148bhp 2.0 TDI is the right fit. Yes, it's frugal and refined, but its struggles from standstill just leave you pining for a bit more power. That may push people towards the Arteon's competitors, at least until the 187bhp 2.0 TDI version arrives at the end of this year. 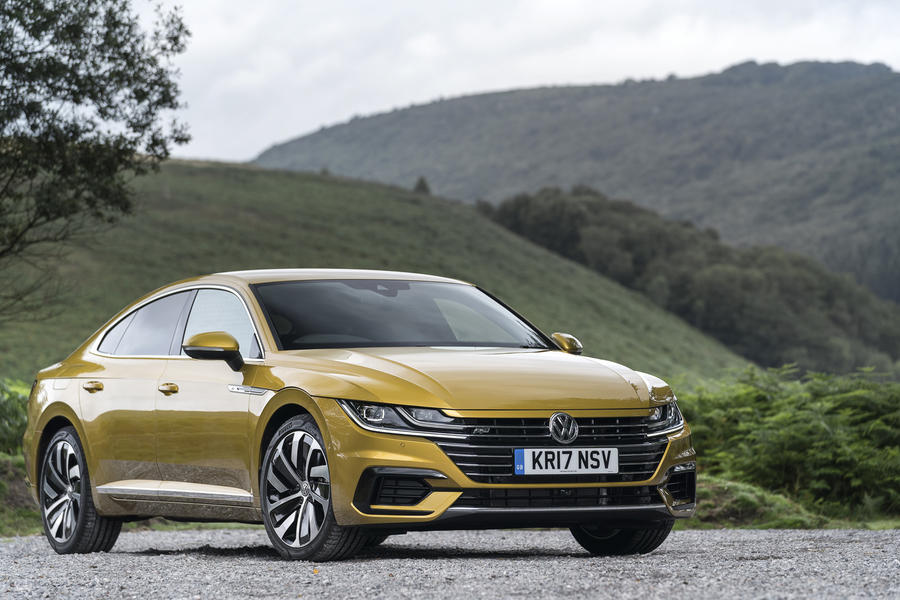 The WAG of VAG (trying too hard)

This is a good looking car spoilt by overpricing and a front end that's trying too hard to shout a statement to say I am worth a huge premium (whilst stuck with a Passat dashboard) . As others have said it will be a nearly used ex rental bargain in a fore court near you soon. I have a friend who has a Passat CC and still think it looks great progress .....
Spanner 10 September 2017

Has used bargain written all over it. £34k a tad optimistic.

There is one in Barcelona

There is one in Barcelona airport on display, rep colours with big wheels. It looks good in the metal I have to say....