This Volkswagen Amarok is now the most powerful series-production pick-up truck available in the UK.

With 255bhp, its 3.0-litre V6 diesel just edges out its nearest competitor, the forthcoming, similarly V6-engined 253bhp Mercedes-Benz X-Class, and there’s an overboost function that adds an additional 13bhp for as much as 20 seconds. Permanent all-wheel drive is standard, along with an eight-speed automatic transmission.

The final-phase pre-production vehicle we drove in Oman was in Aventura trim, which is a special edition launch model closely based on the otherwise top-ranking Highline. 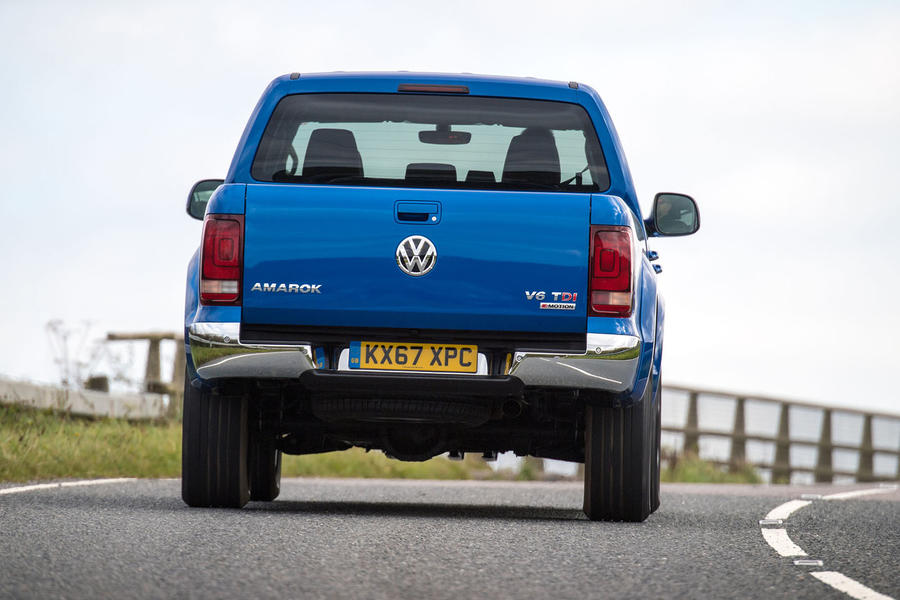 In addition to Highline specification, Aventura adds swathes of black in the interior, including the headlining, and nappa leather seats. On the outside are 20in wheels and the choice of a new limited-edition colour – metallic Peacock Green.

Our test car had an air intake snorkel to stop the engine suffocating on the dust from the unsealed roads and dirt tracks of Oman (rather than to improve the 500mm wading depth) and the sucking and whooshing of the pipe was accompanied by a pleasant engine roar.

Under heavy acceleration, the engine noise seeps into the cabin, but as you ease off, it settles to a genteel thrum. It’s refined and smooth; every inch an SUV impersonator. The abundance of torque and the quick-responding transmission mean that making effortless progress is always possible despite the gearbox’s tendency to race through the ratios.

Handling, meanwhile, is sharp, with weightier steering than is usually found in VW commercial vehicles, but the steering rack is quite slow, so you have to work hard on twistier roads. Uprated rear suspension also improves roadholding. This is about as cultured as a leaf-sprung rear axle can be. Off-road or on a gravel track, the Amarok is supple and capable. 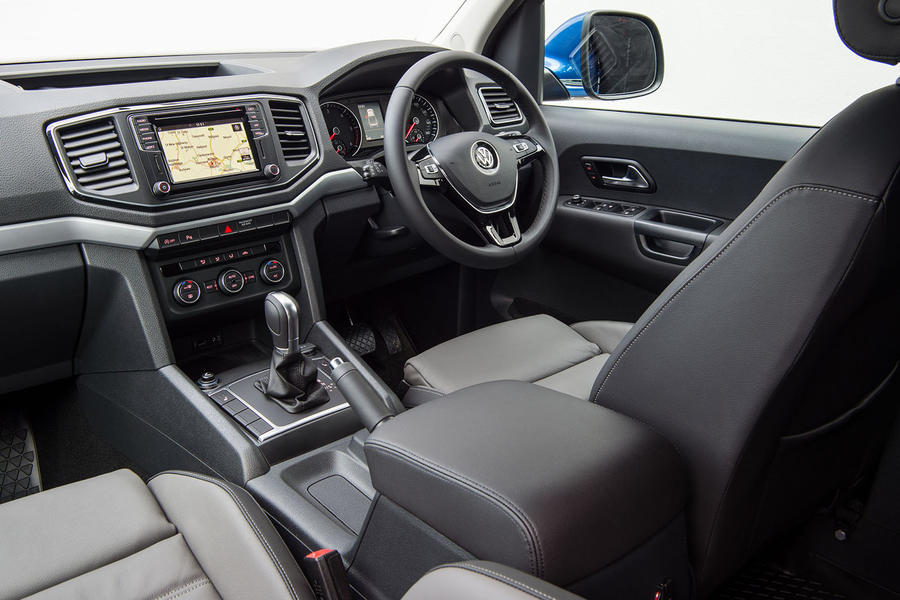 Back in the UK, this car’s torque surplus over other models in the range will be of benefit for towing at the permitted 3.1 tonnes maximum weight, but rivals can tow more (up to 3.5 tonnes) with less.

A modest price increase of less than £1000 over the now discontinued 221bhp Volkswagen Amarok does, however, make the UK’s most powerful pick-up a competitively priced machine, and that’s even before Mercedes enters the market with that V6-powered X-Class, which is sure to command a hefty premium. 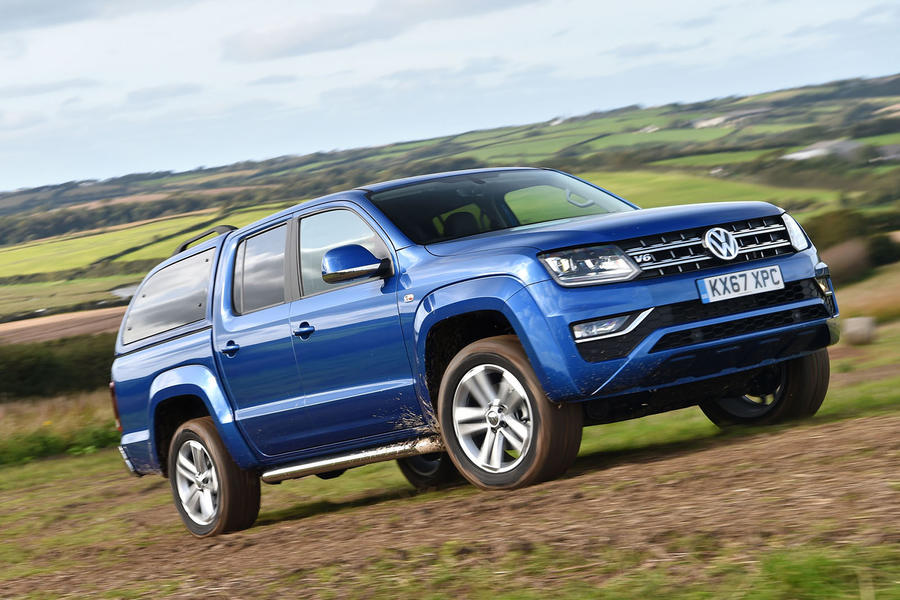 What's the tax situation with these vehicles?  I was under the impression that they were classified as a commercial vehicle and therefore subject to less benefit in kind tax which, in part might explain there popularity?  Also it would be interesting to know if they have to meet the same emission regs (and count for corporate average CO2 figures) that regular cars do?

Pick ups aren't exactly exciting vehicles, but somehow, VW have made the Anorak even less interesting than most. Its tiring just looking at it.

To all those saying diesel isn't dead

Let's see, then.  I predict petrol-engined cars (and vans) will outsell diesel in just three years.  I have form, I predicted the rise of EVs years ago.  Admittedly I was wrong about Iraq having WMDs, but I'm going to be right on this one.  Diesel is dead.  Just read the car news if you don't believe it.  Oh, and I've taken names :)