From £19,1357
Potent petrol engine brings impressive drivability to the Insignia, yet the economy is unlikely to win over anyone switching from diesel
Close

New GSi performance variant aims to boost the the appeal of what is already a practical, well equipped estate car

The shift from diesel back to petrol now finds itself in unfamiliar territory: a big, mass market family estate, the kind bought almost solely by black pump visitors for the past two decades or so.

This 197bhp 1.6-litre turbocharged petrol is now available in the Vauxhall Insignia Sports Tourer, equipped with a six-speed automatic as a range-topping petrol drivetrain after the blink-and-you-miss it GSi version was dropped from sale last year. The engine first arrived in the Insignia last autumn in manual form, following a debut in the Astra a few years ago.

Diesel uptake for the Insignia has typically been around 95%; unsurprising, given how cars like the Insignia tend to notch up big miles in the hands of the fleet drivers and families who drive them. Yet Vauxhall, like all other car makers in the UK, is noticing a shift away from diesel after 'you know what', and is responding accordingly with more petrol alternatives like we’re testing here. 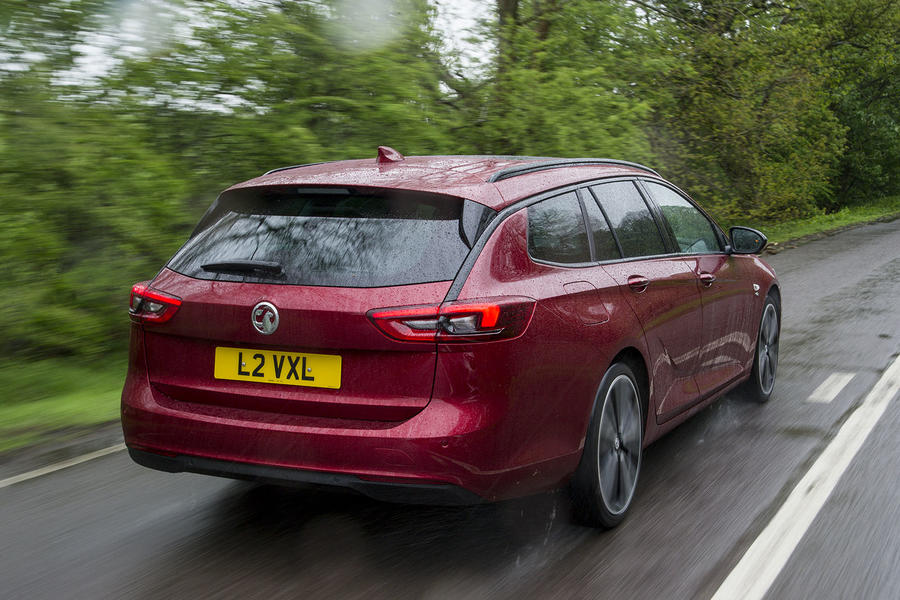 The petrol is a worthy alternative to the diesel in many ways: it revs nicely across the entire rev range, and pleasingly does without the breathlessness similar downsized turbo petrol engines typically suffer from as the revs build. The wide bands for both peak torque and power are testament to that.

The six-speed automatic is a good companion for it, too, being precise and responsive in its shifts both up and down, if lacking the overall silky smoothness well executed, more modern eight- and nine-speed autos provide. It’s every bit as quick off the line as the impressive 0-60mph time of 7.7sec suggests, too, and not too vocal with it. A diesel will hum along more quietly on a run, yet there’s no coarseness to the petrol in either acoustics or refinement.

Which makes the fact that the car has one big failing a bit of a shame. The economy just isn’t very good, averaging in the mid-30s on a run. Kudos to Vauxhall for publishing the official WLTP figures that back that up (a ‘combined low’ economy of 35.8mpg, and a ‘combined high’ of 38.7mpg). So any buyer will take on this car with eyes wide open and knowing what they’ll be getting, but anyone doing big miles best look elsewhere.

The rest of the package is the usual Insignia fare: a comfortable ride, lots of stability and plenty of grip while cornering to create the kind of car you’d gladly do a 200-mile drive in, but not one you’d pick out to blow away the cobwebs on a Sunday morning.

The cabin lacks the class of the likes of the Volkswagen Passat, yet the controls are nicely laid out. It's comfortable, spacious (that boot is 560 litres and a good shape for bulkier items), and not wanting for creature comforts in this admittedly high-spec example. 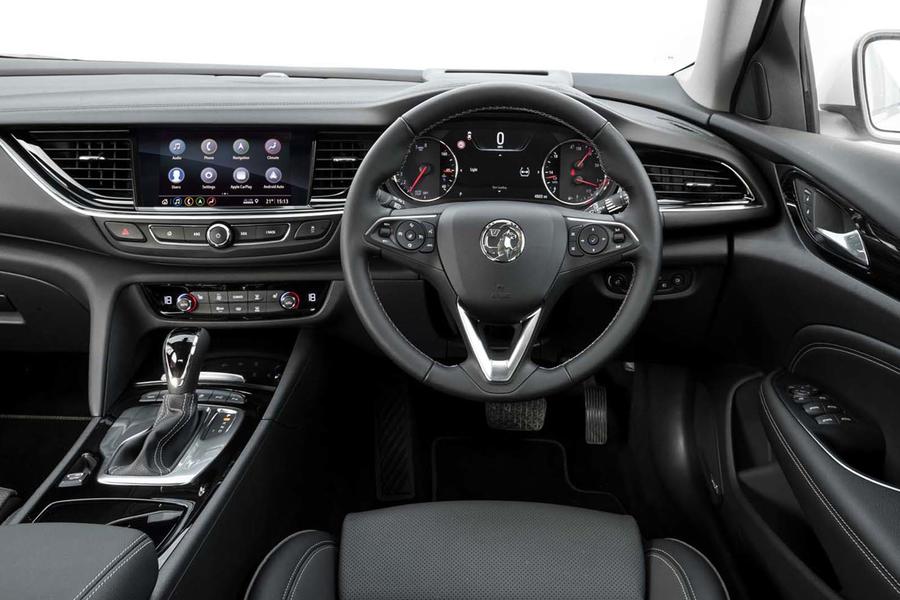 With that economy figure, this new petrol version of the Insignia will remain a niche choice. Even more so in this Elite Nav trim level, that with a few option boxes ticked comes to £36,595 as tested here. Which is a shame, as it’s a nice drivetrain in a nice car.

The sweetspot of the Insignia range is lower down, in both trim and engine choice where you can comfortably find another £10,000 in your back pocket. But perhaps what this new petrol version stands for most of all is an advert for how viable diesel still is as a fuel for so many in cars like this. 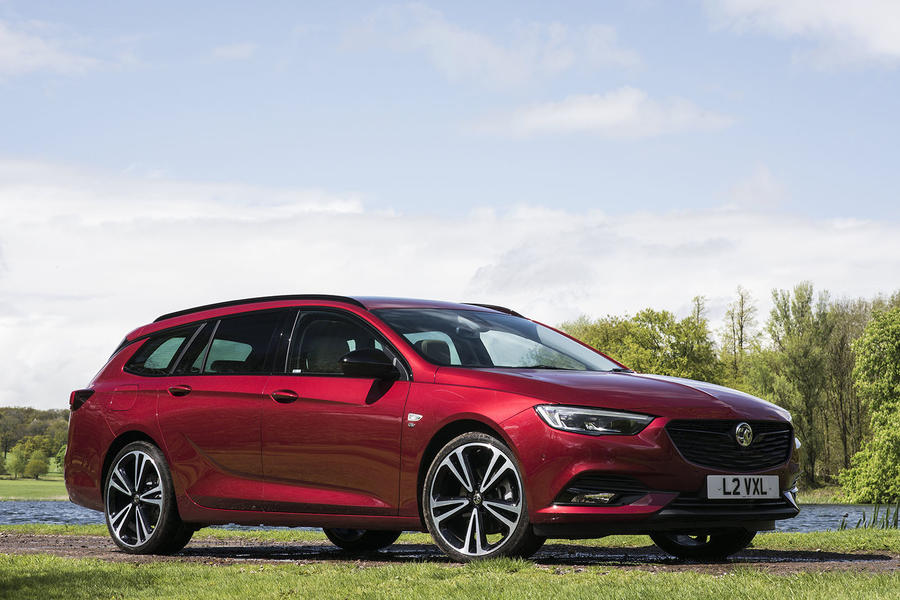 "but anyone doing big miles

30 January 2019
"but anyone doing big miles best look elsewhere." not necessarily, a high mileage business driver (and there won't be many high miler private buyers) is going to be almost entirely funded by the company fuel card so the cost is largely irrelevent.They are easy to spot, that lone car at the motorway services tanking up at £1.60 a litre without a care in the world.

Diesels viability for long distance drivers in car like this should never have been in question, the question should always have been diesels viability for its intended purpose, too many were pushed down the route of buying diesels unnecessarily as their usage didnt warrant it, this problem was brought on by government tax incentives among other reasons and magazine reviews didnt help by always saying that a diesel variant is best irrespective of its intended usage. I know loads of people who only drive short distances on low mileage pcp deals that ran diesels as that was what everything told them thats what they should do.

High end model aside this looks to be a great estate car that looks a lot nicer than the passat mentioned in the review, and as not every estate driver does mega miles I'd expect this engine to suit many. As always horses for courses.

I think this is a really nice looking car inside and out. If there were any logic, more people would buy one over an SUV.  Which ever fuel you choose, it's a lot of car.

30 January 2019
I was actually surprised how nice these Insignias are. Drove really nice, quiet, comfortable. Real contender for my next car and a huge improvement over the first generation Insignia.

You'd either have more money than sense or attract a gigantic discount to even consider this.

Even for a private buyer, you can buy a DSG GT Passat with metallic for under £23k - that's about £7000 off list. But for that you receive a more economical 1.4T 150 engine and a vastly bigger boot. (not to mention it's just a nicer place to be).

The boot of an Octavia estate is bigger,  as is a Golf; a Peugeot 308; the new Focus and even a Toyota Corolla for heaven's sake.

Why anyone, company buyer or not, would even consider this is beyond me.

Must be the worst car in Vauxhall's range?

You'd either have more money than sense or attract a gigantic discount to even consider this.

Even for a private buyer, you can buy a DSG GT Passat with metallic for under £23k - that's about £7000 off list. But for that you receive a more economical 1.4T 150 engine and a vastly bigger boot. (not to mention it's just a nicer place to be).

The boot of an Octavia estate is bigger,  as is a Golf; a Peugeot 308; the new Focus and even a Toyota Corolla for heaven's sake.

Why anyone, company buyer or not, would even consider this is beyond me.

Must be the worst car in Vauxhall's range?

The Insignia is likely better equipped than the VW, dollar for dollar.

People won't assume you're a cashed up bogan / chav wannabe if you drive the Commodore / Insignia.

VAG is one of the shittiest corporations in the world, so a lot of people don't want to support them.

Really, and you can maybe £20,000 off a new Insigna, reviews don't work like that.  The Insigna is great VFM and this version has full heated leather.

Even company car drivers are

30 January 2019
Even company car drivers are shifting to petrol, and a look at BIK rates for diesel and petrol over the next 4 years will tell you why. This has a CO2 figure far too high and uncompetitive though for a company car.

Rearranging the (too long) name of the car into a Haiku...

Unfortunately that's seems to be how it's going for vauxhall.  I recently had the unfortunate experience of a 150 drive in the back seat of one of these new Insignias, not too sure how they've made so little leg room in what is a big car.  Odd spec too, I think it was a Design model, no satnav, no reversing camera or sensors, no climate control, just aircon and a dash full of blanking plates where switches should be.  Not a pleasant experience.