The new limited-edition Toyota Hilux pick-up is capable of taking on a zombie apocalypse – or so the narrative surrounding this Hilux Invincible 50 goes from Toyota.

In reality, it’s one of 50 beefed-up double-cabs designed to lure in the image conscious pick-up owner, but it also promises to take you further off-road than any other current Hilux. Built in partnership with extreme all-terrain experts Arctic Trucks and with specialist suspension from Bilstein the Invincible 50 rides higher than a standard vehicle and is more capable off-road as a result.

The most obvious and effective change is the addition of 16in satin black alloy wheels wrapped in BFGoodrich KO2 all-terrain tyres. These are paired with Bilstein performance dampers that raise the ride height by 40mm at the front and 20mm at the rear. The new package helps increase wheel articulation and improves approach and departure angles – all of which bodes well for taking the Hilux into the sort of territory which Arctic Truck conversions are famed for venturing.

The Invincible 50 also gets flared wheel arches and a polished black sports bar in the load bed where four high-powered Vision X LED lights are mounted. There’s also Arctic Trucks mud flaps and Invincible 50 badging on the wings, wheels, doors, tailgate, sports bar, lighting and a numbered plaque on the transmission tunnel in the cabin. 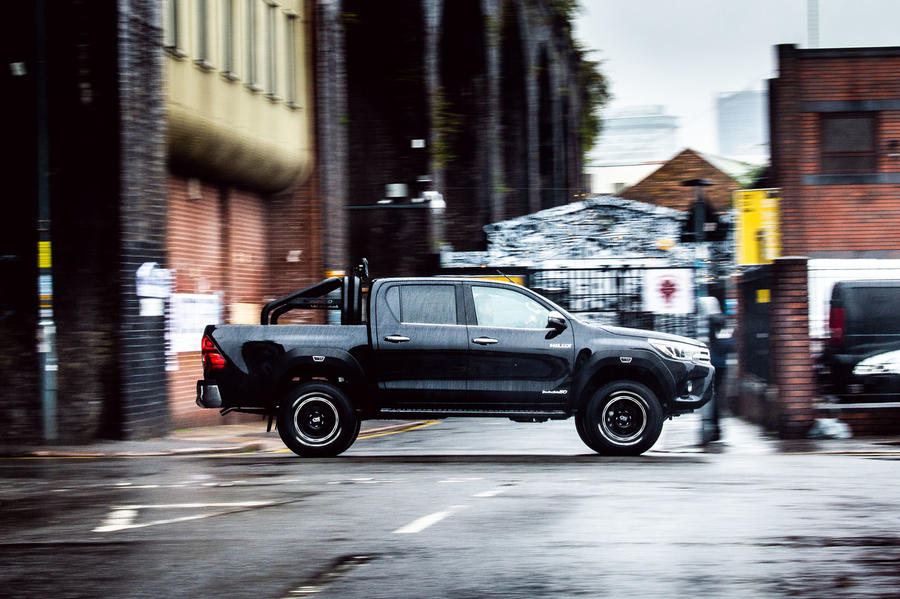 The unsurprising headline is that an Arctic Trucks-made Hilux is astonishingly capable off-road. The slight increase in ground clearance means you can scale bigger obstacles, cross bigger gullies and wade through deeper water.

The suspension does well at soaking up the bumps and feels considerably more refined at speed than the standard coil fronts and leaf sprung rear you get on a conventional Hilux. Off-road at speed is probably where you notice the changes most with an eerily magic carpet-like ride when zipping along gravel surfaces.

On wet or boggy ground, the BF Goodrich tyres are exceptionally good at maintaining traction, and although their deep grooves can get you in as much trouble as get you out of it – by ripping apart the soft surface if you’re too fierce with the 148bhp 2.4-litre turbodiesel engine – they’re the ideal set of rubber for the wilderness.

On roads, that's not quite the case. Wet grip is particularly interesting, with the chunky tyres reluctant to hold the road preferring instead to slide and squirm their way across the surface.

The accomplished dampening off-road also fails to translate to a hard surface with a constant body shimmer that is particularly noticeable at A-road speeds. Other pick-up trucks do have worse ride comfort than the Hilux Invincible 50, but considering the pedigree of the partnership it’s a little disappointing.

However, all can be forgiven when the sun sets and the headlights are turned on; the mounted spot lamps are nothing short of incredible. Pitch black darkness is transformed into almost daylight and you’ll be forever wondering if drivers in the next county are dipping their main beams in anticipation of your arrival. Their intense beams do further betray that shimmering ride quality issue as the light jitters its way through the night sky, but for pure visibility and the simple wow of the amount of light they produce it’s worth putting up with the annoyance. 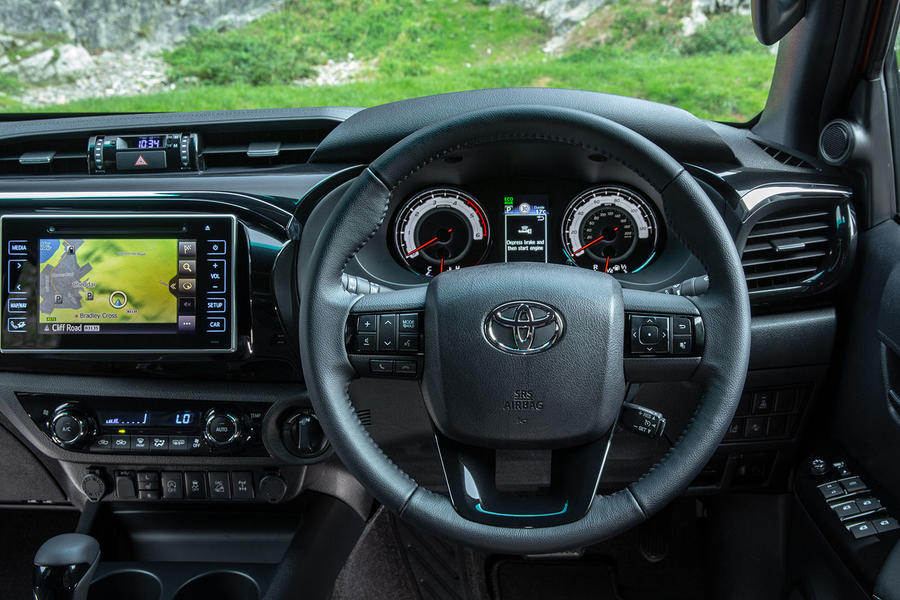 With a smart interior, comfortable cabin and decent engine, the standard Hilux Invincible is capable of competing at the upper end of the double-cab pick-up segment amongst the like of the Volkswagen Amarok and Ford Ranger. But at £39,995 the Hilux Invincible 50 is right at the top end of the market.

The Arctic Trucks and Bilstein partnership should put the Invincible 50 on a par with the Ford Ranger Raptor and its expensive Fox Racing shocks. Sadly for the Hilux, that’s a battle the Raptor is always going to win, and while the Raptor is nearly £9000 more expensive it feels like money well spent in comparison to the considerably less powerful Invincble 50.

It’s got limited edition appeal, but unless you’re a die-hard Hilux fan – and there are plenty out there – its impressive light bar is an expensive novelty you can do without. 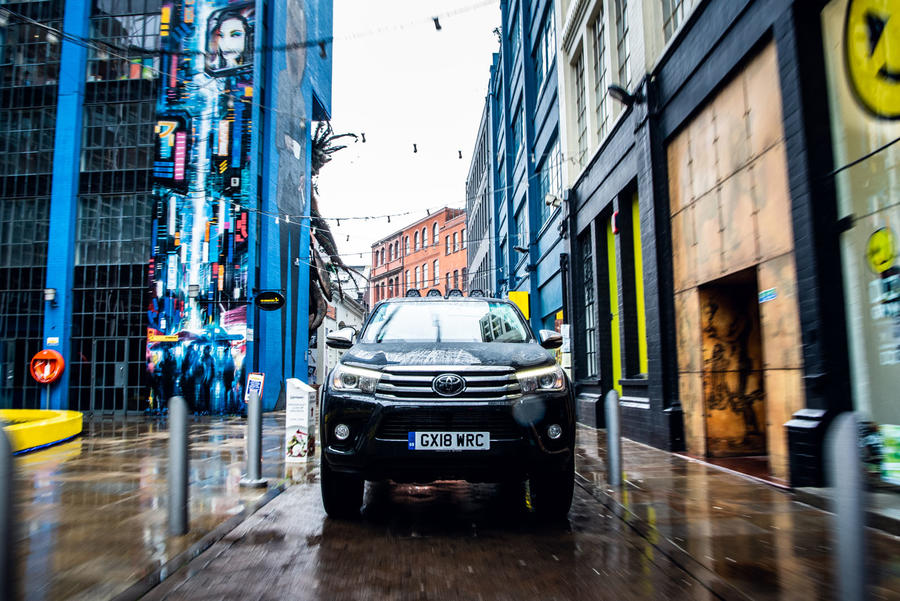 They are not trying to be cars, or SUVs.  And thank goodness for that.

Being a die-hard Hilux Fan - this is cool awesome

Drove an Amarok V6 258 the other day. Like a Tourag with a bed - it's also epic. And slaughted a Disco 4 at traffic lights as well!

Just like the "dear old defender" these things need shooting in the face... a pick up is a pick up and shouldn't cost more then £25k, charging 50k for what is 1960's tech is outrageous, any one who buys these over spec'd "life style" wagons can be considered a right plonker... unless of course, it's carrying a tonne of ready mix and some 4 b 2 b's...