Last year, the UK bought about 20% more pick-up trucks than it did sports cars.

It’s not such a spurious comparison. Our flatbed market has been running at just over 50,000 units a year since 2017, and the growing trend within it is no longer from better-paid fleet drivers who want a smaller tax bill but private buyers spending their own cash on higher-end, big-power, equipment-heavy, double-cab ‘lifestyle pick-ups’. As a nation, then, we Brits are now just as likely to buy a ritzy pick-up as a versatile enabler of our active, outdoorsy weekends, as we are a drop-top Porsche, an Audi TT or a Mazda MX-5 as a weekend plaything. And you thought Brexit was cause to question our national identity.

While it remains Europe’s biggest-selling flatbed, the current eighth-generation Toyota Hilux (launched in 2015) has been missing out on this leisure pick-up trend, which has remained at heart the slightly rough but oh so tough beast of burden it always was. With this new facelifted version, however, it shouldn’t miss out any longer. 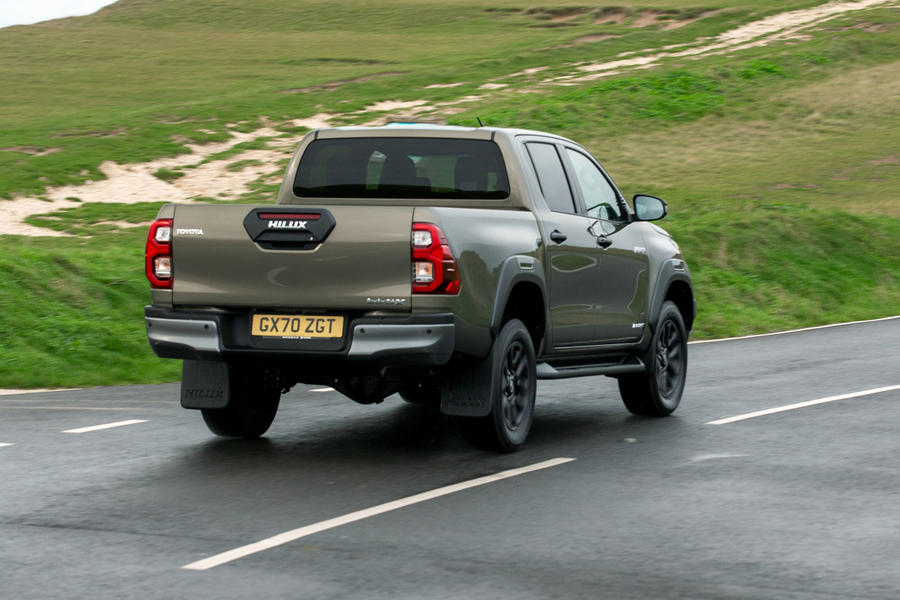 Like most double-cab pick-ups, this one offers good-sized back seats usable for adults as well as kids, and the driving environment is perfectly comfortable and pleasant, with all of the convenience and safety features you might want, even including radar cruise control and lane departure warning.

The Hilux has a driver’s seat some will feel as if they’re scaling every time they get in, but it offers great forward visibility. The dashboard isn’t the desert of hard grey plastic you might expect (there’s actually quite a lot of gloss black and brushed aluminium-look trim on it), and the control layout could only really be improved by a bit more telescopic steering column reach adjustment. The JBL stereo sounds pretty good, by the way, and it drowns out the diesel growl surprisingly effectively, although there isn’t too much of that.

The new bigger engine seems little less docile than the 2.4 at first, but that’s a lot to do with the accelerator pedal’s calibration, which is tuned to make towing and off-roading easy. You have to get a long way into the travel before getting anything like a hurry on; but when you do, although the motor (which is decently quiet and smooth at cruising revs) becomes quite a lot gruffer under load, performance is usefully strong and makes motorway driving and overtaking much easier that it would otherwise be. There’s plenty of torque for heavy towing and hauling as well. The car’s auto ’box shifts pretty smoothly although very much at its own pace, but it’s pretty good at holding lower gears on the road and letting the motor slug it out through the mid-range.

For ride and handling sophistication, the Hilux is certainly quite a lot smoother-riding in this facelifted spec than it has been. You won’t quite mistake it for a plusher passenger car - but then I suspect most wouldn’t use it like one, either.

This is the first Hilux in history whose rear shocks and leaf springs haven’t been tuned with a load in the bed. There’s a new variable-assistance hydraulic power steering set-up intended to make handling more precise at speed, and a new torque control system for the engine that is supposed to prevent the Hilux from pitching and bouncing as much over bumps and under power.

It rides most surfaces pretty calmly, dealing with A-roads without pogoing or rebounding much to speak of, and only occasionally fidgeting and shunting you around a little over sharper bumps. Steering remains fairly heavy at manoeuvring pace, but it’s nice and accurate at speed, when the Hilux handles well by pick-up standards: it doesn’t feel particularly wide, it isn’t difficult to keep it within a fairly tight lane, and it doesn’t roll or understeer notably. 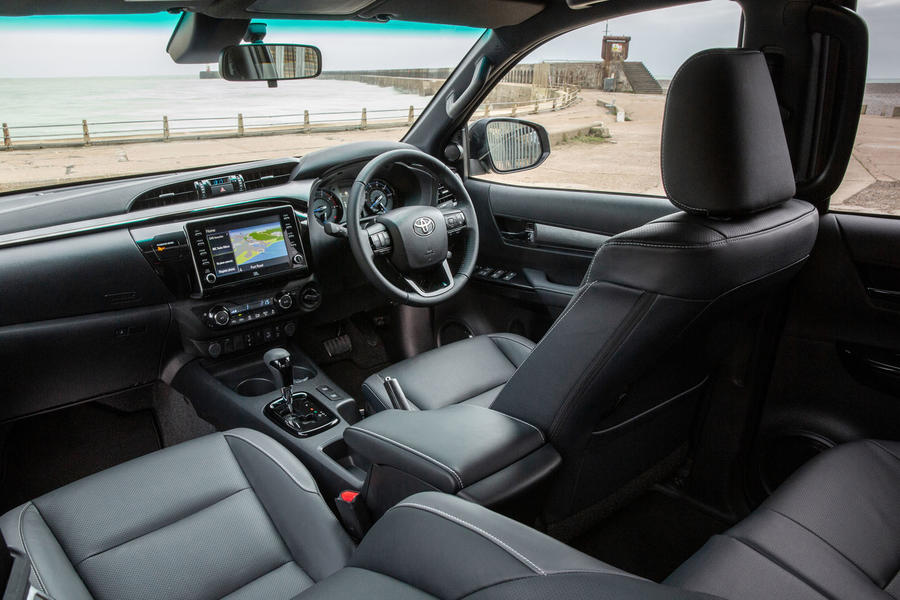 Underneath it all, this vehicle remains a deeply tough cookie, and a real survivor; and it’s already seen off challenges from ‘premium pick-ups’ such as the Mercedes-Benz X-Class (now discontinued) and the Volkswagen Amarok (also chopped but due to return later as a rebadged Ford Ranger). Who knows how cars like this will be made to change over the next 10 years - but if anything can weather those changes, you’d bet on a Hilux.

And if I needed a dependable way to move a couple of off-road dirt bikes or 600cc circuit racers, a load of windsurfing kit or so many other wonderful things you might be thinking of for a 2021 chock full of weekend manoeuvres (fingers crossed)? Right now, this is precisely where I’d look. 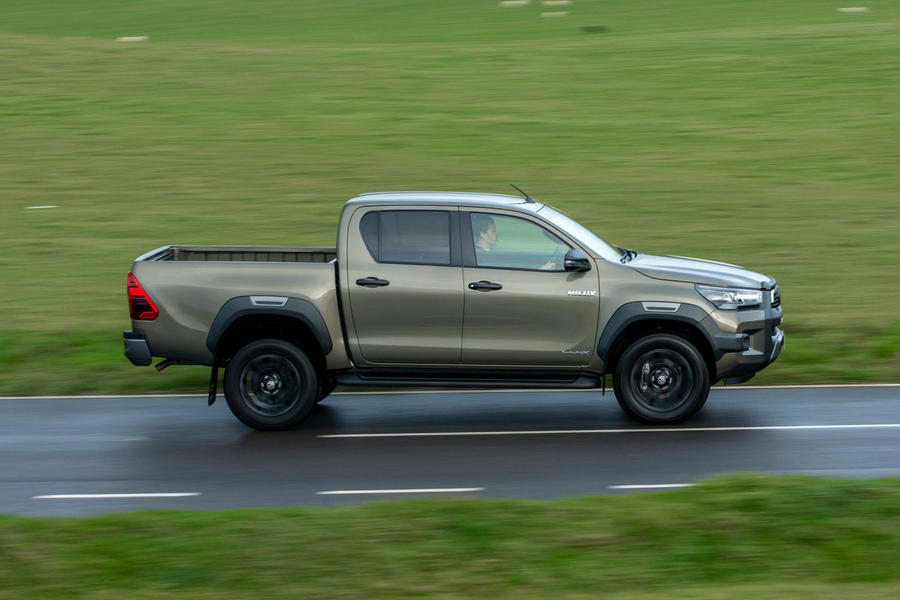 Autocar really does need to find its identity as others have alluded to. The Hilux (Tacoma in USA) is really at the bottom of the pecking order here where as others have said we get full fat Raptors and that's before the aftermarket gets hold of them. In the UK, the Hilux is the Daddy, a sign of the times though when more buy pickups than sports cars. Coming soon, new Youtube channel, Flat Beds of London!

Autocar's suggestion that many thousands of Britons are now buying "big-power" pickups is a lie. I don't see a multitude of hi-performance utility vehicles with supercharged V6s and V8s cruising the highways of Herefordshire or byways of Buchan. Where is our tree-stump pulling Raptor, for instance? Answer: it doesn't exist. We get a four-pot with just over 200hp. The folks across the Pond get 450hp. Autocar, stop being so damn parochial. It just makes you seem ill-informed.

Toyota styling is SO good.  The Hilux looked a little bit too 'fancy' upon release.  Several years later and it is perfect.