Things aren’t all bad in the UK car industry, this all-new Toyota Corolla a case in point. It’s a British-built family hatchback, which, on first impressions earlier this month on Spanish soil, revealed itself to have true class-leading potential.

A car we should grow to be quite proud of then, and some comeback, too. Remember, this new Corolla replaces the Auris, which was about as uninspiring a car in the class as you could imagine. That car one hand on the wooden spoon in a segment that’s 15-20 models strong, rather than jostling for gold.

We went into great detail on the background to the new Corolla and its dynamic make-up on our recent first drive, which you can read here. Our test car here is also in the range-topping Excel trim, our Corollas sharing a cabin design, trim and spec sheets.

So what’s new for this second appraisal for the Corolla back on home soil after its Spanish holiday is our first chance to test the lower-powered of two the hybrid powertrains on offer, plus the chance for that overhauled new chassis to show its mettle on roads that will really show how good it is. We’ll focus on that here. 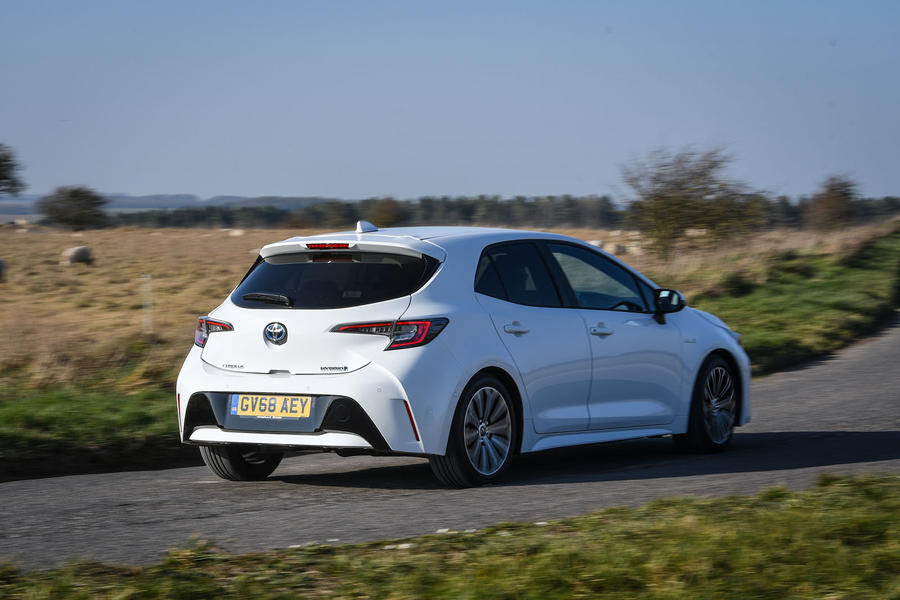 The drivetrain in this Corolla is identical to that of the Prius, mixing a 1.8-litre Atkinson cycle petrol engine with Toyota’s e-CVT hybrid transmission and running gear. The system puts out 120bhp, and offers up to 65mpg on the new WLTP combined cycle and 83g/km CO2 emissions.

So the driving experience is a familiar one from the Prius; not one of excitement, more one that just works with a nice easy-going manner. We were regularly seeing above 50mpg on our mixed roads test route, the car quiet and relaxed in its road manners and regularly switching silently and unobtrusively between hybrid and all-electric power for even quieter short bursts.

There’s a decent amount of torque at step off to make this Corolla quite sprightly over a 0-30mph sprint, before the familiar CVT drone kicks in when you keep asking the engine for more over a mid-high rev range. It runs out of puff a bit here, and the performance gets far more limited and with no driver involvement.

If you’re looking for more involving performance, look elsewhere, most likely towards the as-yet-untested turbo, non-hybrid 1.2 petrol that also gets a manual gearbox.

This drivetrain should also get the more out of what is a much-improved chassis, which impresses here as much as it did in Spain. The old Auris wobbled its way down the road like an old roller skate, seemingly engineered by folk for whom driving enjoyment was a completely alien concept.

Not so this Corolla. There’s real feel to the steering, a smooth ride quality at speeds, impressive body control and a decent amount of grip. This chassis tuning, mixed with things like a comfortable, nicely laid out driving position and good control weights, make this the kind of car you can seamlessly slip into and enjoy driving a mile down the road to Morrisons as you would the length of the M1. A Volkswagen Golf does similar.

The only real blots on its dynamic copybook is how sharp and grabby the brakes are, and the occasional bump and rumble into the cabin with the low-speed ride. Both traits are likely affected by the hybrid drivetrain (integration with the brakes, the weight of the hybrid system on the ride), and neither is a deal breaker. 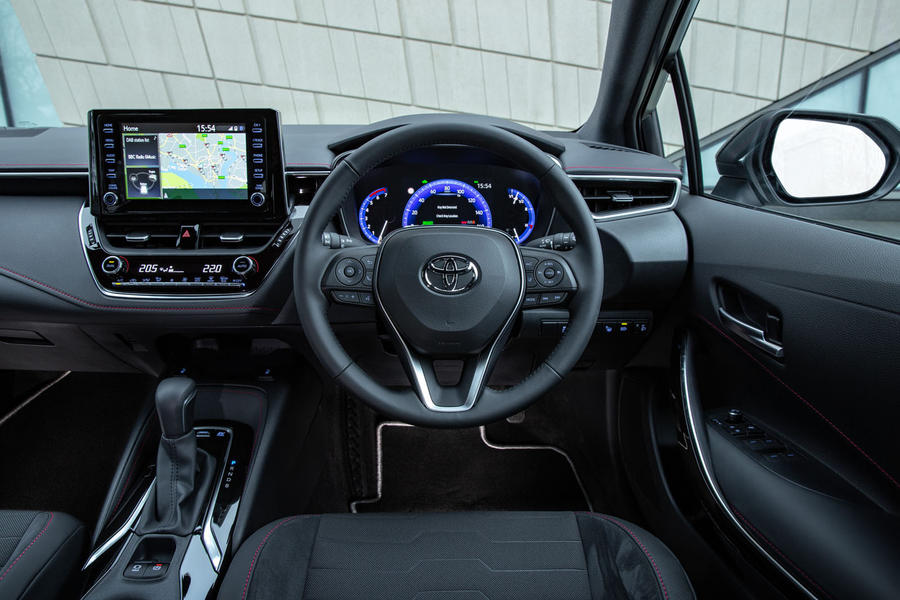 The Corolla is built here and it also feels like its been developed for our roads. This hybrid version doesn’t show the car at its very best, but it’s still a darn good machine.

So while this particualr powertrain doesn’t engage (apart from with your wallet), the chassis certainly does. Bravo, Toyota, and welcome back to the sharp end of the class. 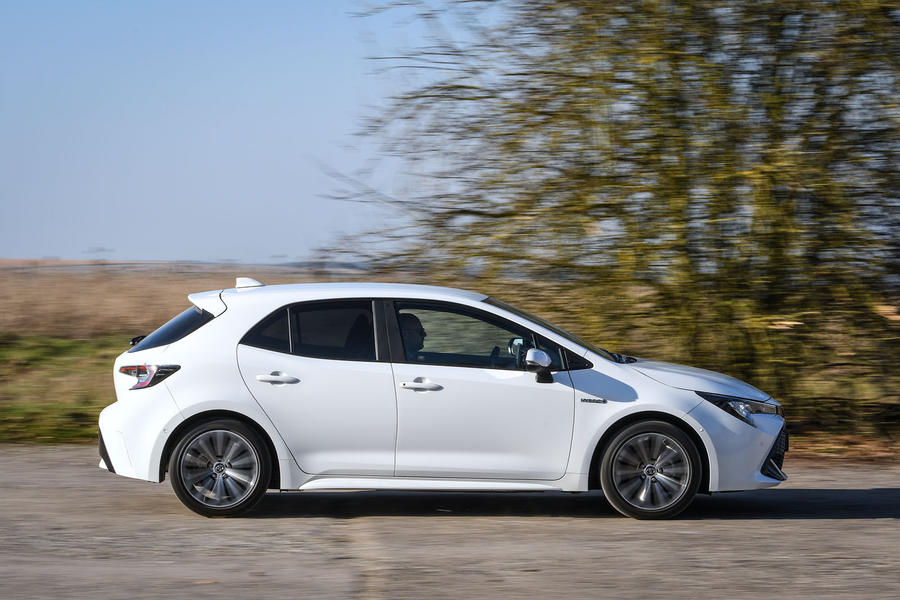 Had one as a hire car in

Had one as a hire car in Norway. Ugly as sin - who let a 2 year old into the design studio? Interior a depressing all black coalmine. Ugh. Satnav maps rubbish and had to resort to Google Maps on phone. Noisy and no more economical than Golf 1.0 TSI.
colinstone 24 June 2019

Had one as a hire car in

Had one as a hire car in Norway. Ugly as sin - who let a 2 year old into the design studio? Interior a depressing all black coalmine. Ugh. Satnav maps rubbish and had to resort to Google Maps on phone. Noisy and no more economical than Golf 1.0 TSI.
5wheels 9 March 2019

In rear drive, front drive and 4 wd Corolla's, I loved them. 120% reliability, nad many many many victorious class wins on the unforgiving hard marble dirt of Greece. Think Acropollis 8 times a year. Then they brought the most aweful bloody thing called the Auris. Thank goodness it didnt taint the good name of Corolla. But this?? Its a disgrace all the way round and Mr. Toyoda should go to his history books and see the number of wins around the world of the loved Corolla. Then as his engineers and design team to create something worthy of the name, certainly not this boring heap of average