8
Soft-roader version of the Corolla estate is well equipped, frugal and more enjoyable to drive than you might think
Open gallery
Close

The Corolla Trek is Toyota’s way of making its family estate a little bit more appealing to those ‘active lifestyle’ types - the kind who want their cars to conquer the occasional dirt trail as well as the school run.

It’s a market all but sewn up by SUVs, but a helping hand from US bike giant Trek has given the Corolla Touring Sports a semi-rugged makeover.

The front and rear bumpers have been given protective skid plates, and the lower sides are covered with plastic cladding, but it’s all rather more soft road than off road. Don’t look too closely and you might not spot the exterior changes at all.

The ride height has been raised by 20mm over the standard car's, making the Trek a bit more suited to divot-filled farm tracks and the like, but the petrol-electric engine still sends its power to the front axle only. Toyota’s hybrid powertrain offers economy gains you wouldn't find in the all-wheel-drive VW Golf Alltrack and Skoda Octavia Scout while they were available, though.

The Trek also has a comprehensive kit list that beats the front-driven Ford Focus Active on price, once you factor in the Ford’s options list, with a power tailgate, reversing camera, front and rear parking sensors and adaptive cruise control all coming as standard. 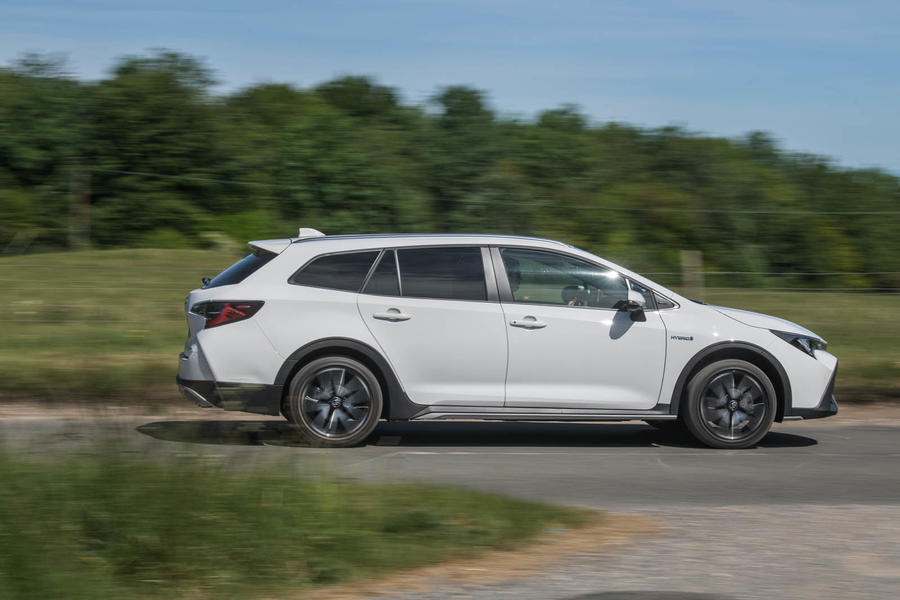 It remains as serene as ever when driven solely on electric power, and the petrol engine is less intrusive than previous Toyota hybrids, although it still makes itself heard under a moderately heavy foot as revs surge to 6200rpm. Paddle shifters let you take manual control, but it feels as though there’s little connection between the gears indicated by the instrument cluster and how hard you’re working the engine.

Far better to leave the CVT automatic to its own devices and appreciate the brisk, if quite not EV-like, performance. The Trek may not be as quick off the line as a Golf GTE, even with our test car’s more powerful 2.0-litre engine (a 1.8-litre is also available), but it still has the capacity to entertain in ways the previous-generation Auris could never manage.

The 17in alloy wheels look a little lost within the wheel arches yet leave room for ample tyre sidewall and make for a largely relaxed ride over most road surfaces. The regular Corolla copes well in this regard but the Trek handles motorways with a little more finesse, even if it is not quite on a par with more premium alternatives. It still fidgets over rougher terrain although the extra ground clearance gives more confidence over particularly rutted tracks.

The ride height changes haven’t blunted the Corolla’s dynamic response to any real degree, either, with intuitive handling and well-controlled body roll. This is partnered with well-matched steering that doesn’t lose all its weight at manoeuvring speeds, although it remains short of the class best for driver engagement.

Bespoke wood-effect interior trim and two-tone fabric seats help lighten things up inside the cabin, although Toyota’s low-resolution 8.0in infotainment offering feels out of step with rival systems. Shortcut buttons and a physical volume dial are welcome, but a navigation system that’s tricky to programme and low on detail is less so. Android Auto and Apple CarPlay will at least be offered on all new-build cars, although they were missing on our 69-plate model. 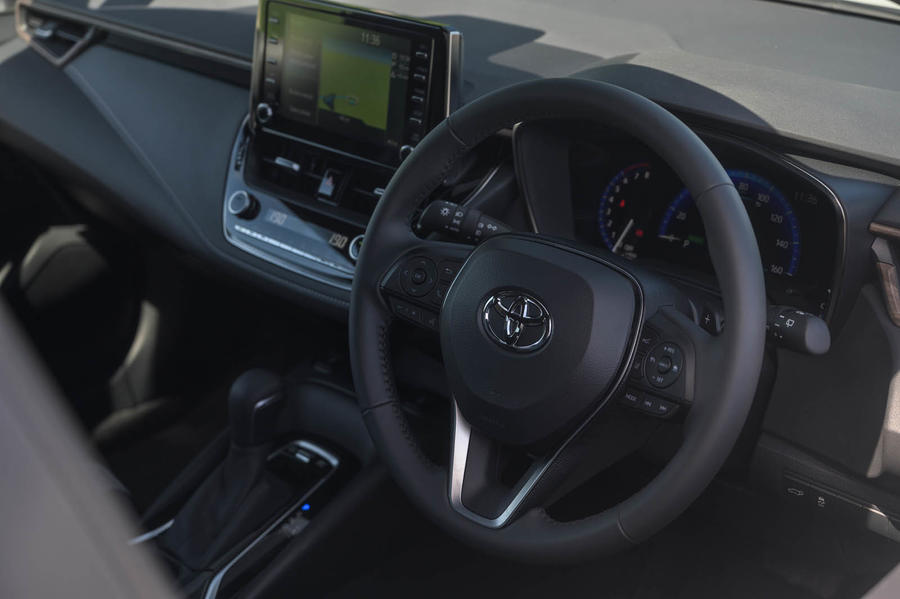 Given the growing popularity of rufty-tufty raised family hatches, it stands to reason that the Trek will prove popular for Toyota. It’s sensibly priced, given the extensive list of standard equipment, will prove frugal to run in almost all scenarios, and remains more enjoyable to drive than you might expect.

Its rugged credentials are more limited than rivals with four-wheel drive, but if your off-road ambitions extend little further than climbing raised kerbs or traversing the occasional unpaved track, it is well worth your consideration. 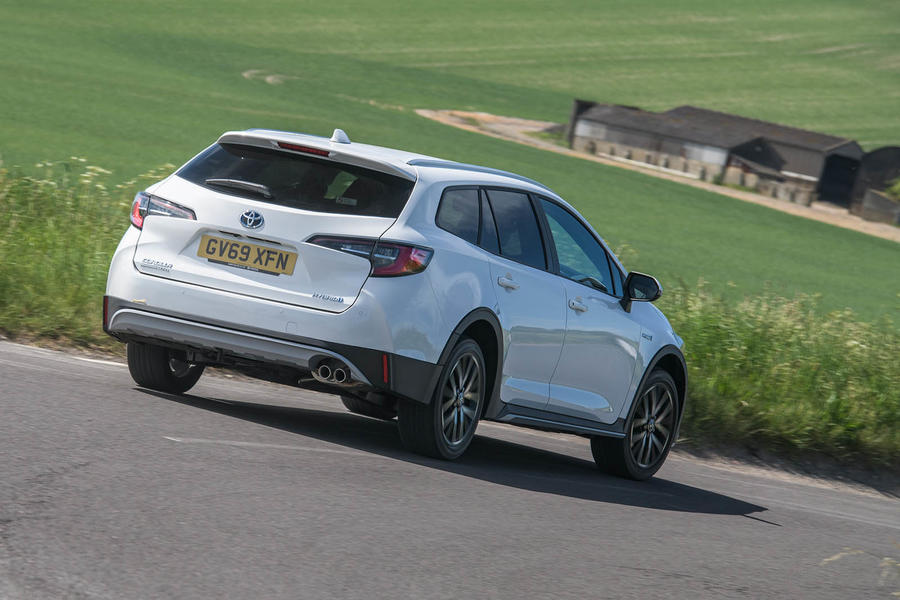 If you go down to the woods today.

A car aimed at those with Active lifestyles. So why the fake wood trim? It was the same with Skoda, whenever a Scout model is announced you have brown cloth seats and fake plastic wood.

I have a theory the designers and marketing guru's weren't never outside downtown Tokyo or Prague.

All in the name

It Trek, Tour and be Sporty.

Will be reliable and a good car to drive but the screen/ infotainment is dreadful. It's a nasty lump of cheap looking shiny plastic stuck on the middle of the dash - it would be a stopper for me ever considering this car

Japanese cars in a nutshell

They lack a certain air of refinement, but you know everything ia always going to work.