From £11,484
Suzuki Swift Attitude gets a sporty exterior and rev-happy 1.2-litre naturally aspirated motor. How does the special-edition supermini stack up?
Open gallery
Close

Suzuki has high hopes for its new Suzuki Swift Attitude. Historically, the special-edition supermini has been a strong performer for the Japanese manufacturer, and hopes for this new one are high off the back of that previous success. In fact, Suzuki expects the Attitude to account for as much as 40% of all Swift sales in the UK over the next year or so.

The £14,599 Attitude is based on mid-level SZ-T trim but adds a marginally more athletic body kit, 16in alloy wheels, a new spoiler and a mesh front grille for a sort of Swift Sport-lite aesthetic. However, where the regular SZ-T makes use of Suzuki’s 1.0-litre turbocharged Boosterjet engine, the Attitude’s motive power comes from the naturally aspirated 1.2-litre Dualjet from the entry-level SZ-3 model, driving the front wheels through a five-speed manual gearbox.

Compared with the Boosterjet’s 110bhp, the four-cylinder Dualjet’s 89bhp and 88lb ft might seem a bit lacking, but there’s certainly some reassurance to be found in its dainty 980kg kerb weight. 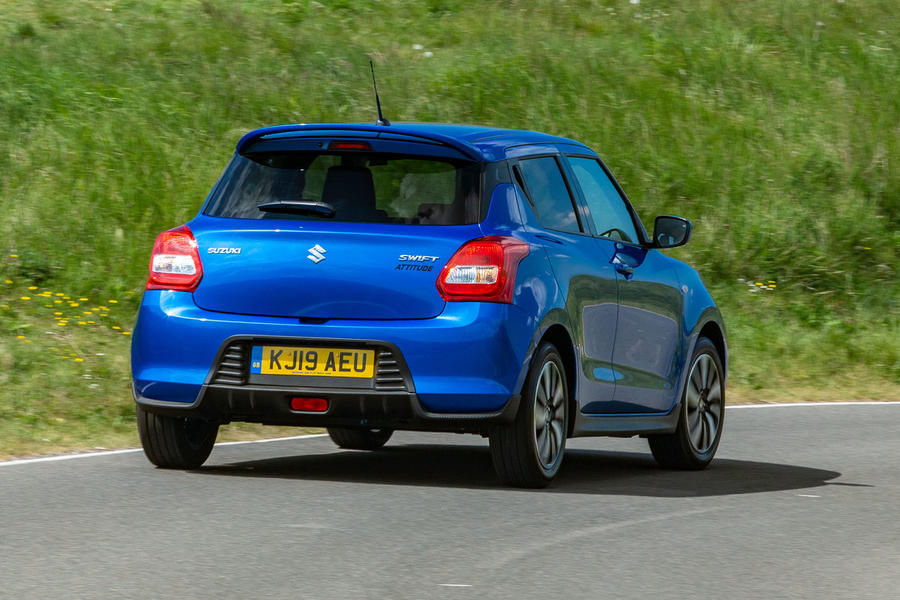 Swifts are generally known for being entertaining, in a light-hearted, don’t-take-yourself-too-seriously kind of way, and the Attitude is no different. But then, with no mechanical changes made to its chassis, suspension or steering, that doesn’t come as any great surprise.

Its steering is reasonably light and not particularly communicative, but a twist of the wheel results in a pleasingly eager response from the Swift’s front end. Add a short wheelbase and that low kerb weight into the mix and the result is a supermini that feels not just agile, but enthusiastically so.

It lets you get away with quite a lot, too. You can throw it into bends at the last minute - with steering inputs far more abrupt and aggressive than they need to be - without any fear of it coming back to bite you. You could say it almost seems to take pleasure in being driven in such a fashion. It’s no hot hatch, and it doesn’t quite offer that final level of dynamic polish and conviction you’d get from a Ford Fiesta, but it’s easily one of the more entertaining superminis for bombing down country lanes.

Admittedly, the same can’t be said of its straight-line performance. A 0-62mph time of 11.9sec isn’t exactly eye-widening, but at the same time it would be wrong to say the Swift feels grossly underpowered on full throttle. Its featherweight status no doubt pays dividends in this respect.

Extracting any real pace from the Swift’s 1.2-litre four-pot is an undertaking that requires a good deal of commitment. There’s none of the super-accessible low-down shove you’d find in a turbocharged motor; instead, peak torque arrives at a heady 4400rpm. So you’ll need to be prepared to work with the manual ’box a bit more and keep your foot down a bit longer than you otherwise would. In cars with less characterful naturally aspirated engines (looking at you, Volkswagen Polo 1.0 Evo), the extra effort can be a bit of a drag, that lack of punch a source of frustration. In the Swift, however, it all seems to fit in nicely with its more excitable, playful demeanour. In any case, once you stray above 4000rpm, it actually starts pulling with commendable conviction - if only for a short time.

As for its ride, it doesn’t offer quite the same level of sophistication you’d find in the Polo or in a Ford Fiesta, but you’d have a hard time calling it uncomfortable. The interior isn’t as plush, either, with widespread use of hard, dark plastics seeing it err towards the drab. Its infotainment software is leagues behind what you get in those two rivals, too, while a lack of reach adjustment in the steering column is another source of annoyance (albeit a relatively minor one). There is, at least, plenty of room in the second row. 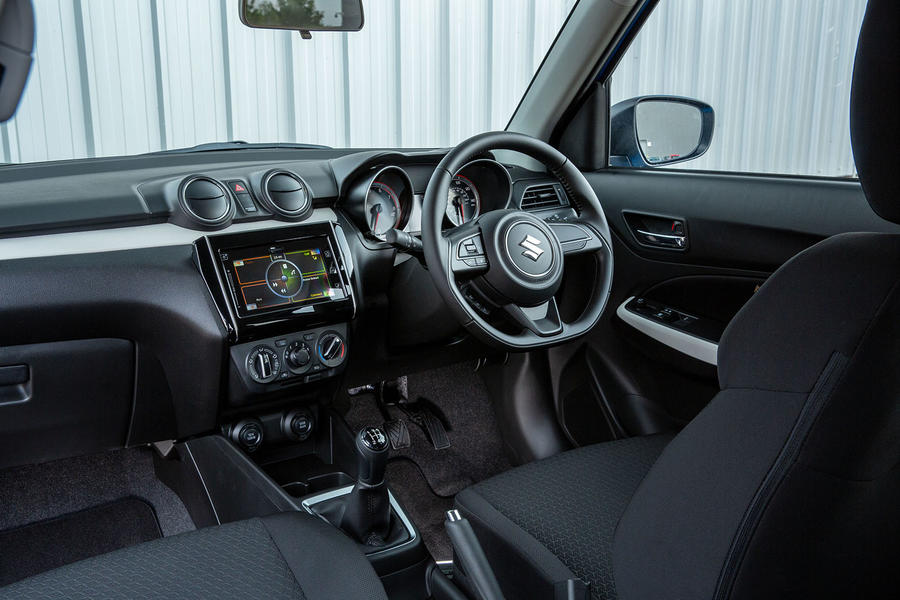 Those after a showier sort of supermini with a bit more in the way of premium appeal and badge gravitas likely won’t find what they’re looking for in the Suzuki Swift Attitude. A Volkswagen Polo would be a more suitable choice in this regard, although you’ll pay a premium for the privilege.

If, however, what you want is an attractive, and - most importantly - fun daily runabout, the Swift deserves consideration. Admittedly, it isn't quite as much fun as the likes of the Ford Fiesta, but - and this is quite an important but - it pips that car on price. The cheapest Fiesta is nearly £1100 more expensive if you're buying outright, and you can expect to fork out around £40 more each month when it comes to repayments on a three-year, 36,000-mile PCP finance contract. And in this part of the market, that can count for quite a lot. 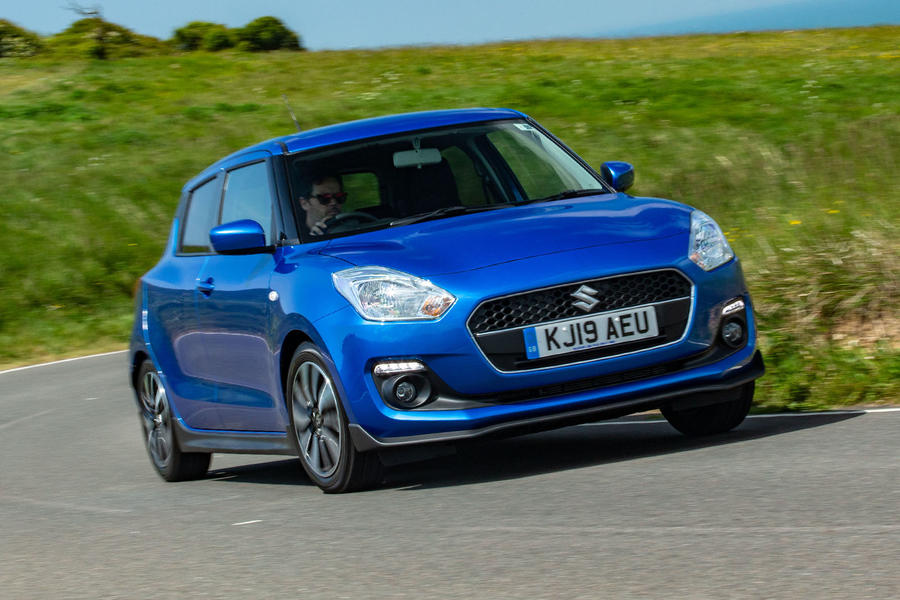 Is it just me, or does that Attitude badge not look like Letraset and, if so, might not cope with the application of polish? I may be wrong, however, and Suzuki may have spent more on badges than I am giving them credit for.

I think this would be a really fun car. I've always liked the swift, and although I like torquey motors, I feel that revvy naturally aspirated motors suit the Swift better somehow.