From £26,4656
The Subaru XV is a clear step up from the previous model, with impressive off-road ability, but no diesel option could stunt sales success
Open gallery
Close

Subaru’s modern portfolio makes it seem like the firm's iconic WRC exploits happened a very long time ago. However while niche high-performance models may now be a rarity, since the manufacturer ramped up its SUV focus in 2012 its sales records have been broken each year.

The Japanese car maker’s latest SUV, the Subaru XV, is significant because it – along with the new Impreza – will be built on the new Subaru Global Platform which will underpin Subaru’s important wave of new models.

The XV is a new car from the ground up, with this new platform, revised engines and transmission, as well as a fresh design inside and out in an attempt to make it competitive in a tough class in a way that the previous model never was. 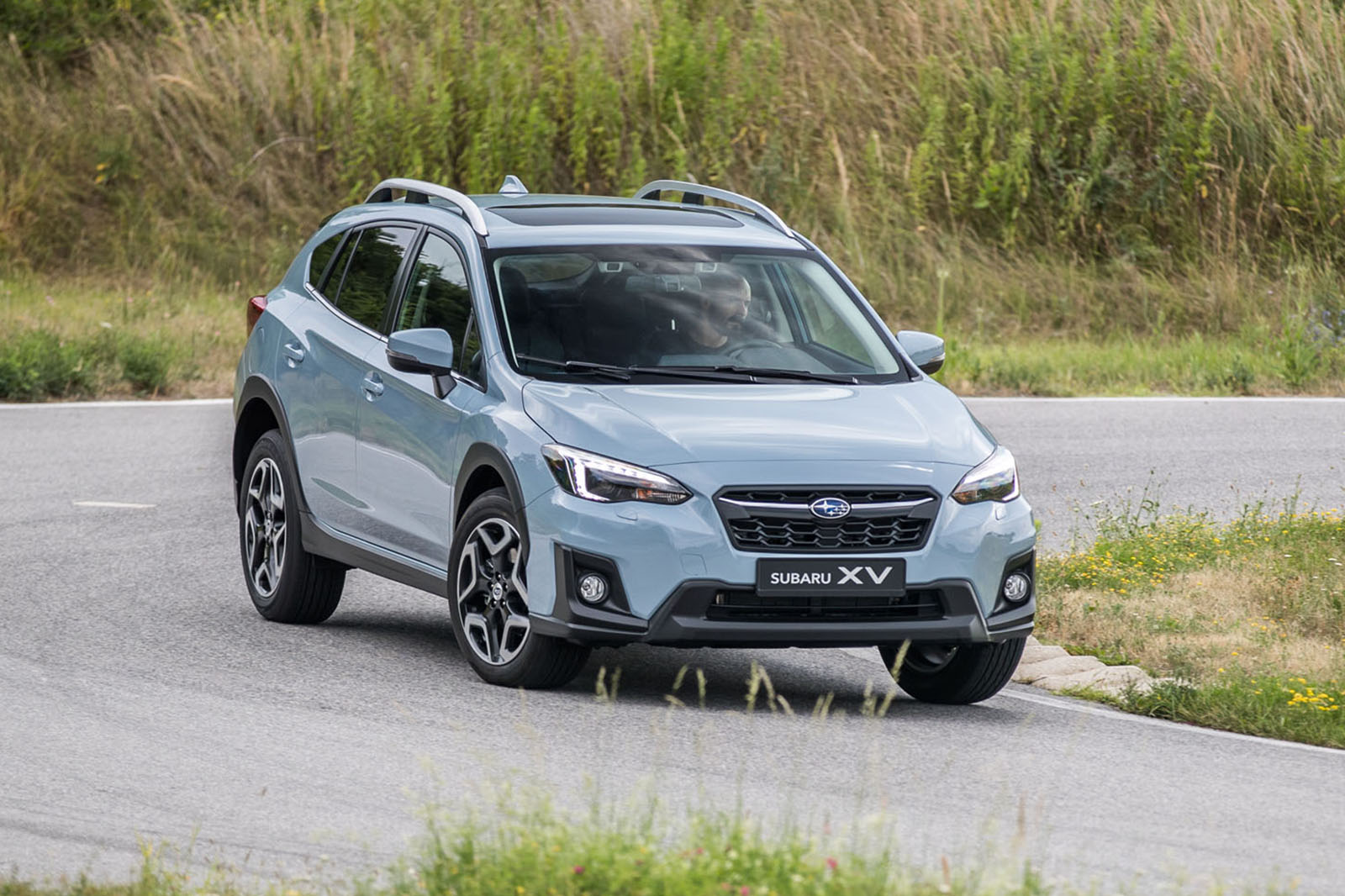 Dynamically, the revisions have made it much sharper to drive than its predecessor. Our time with the car was restricted to a short test track and an off-road route, so its on-road behaviour remains to be judged, but on track the stiffer chassis makes it noticeably more agile than the previous model. Turn in is especially crisper, body roll is well controlled and the steering has a good weight to it, although feedback remains limited.

The naturally aspirated 2.0-litre boxer engine has had 80% of its parts redesigned and is said to be more efficient (we are still waiting for official numbers to see by how much), but while it feels more urgent in its acceleration it still doesn’t feel quick. There's no longer a manual option, but the new CVT is 7.8kg lighter than the previous unit and keeps progress relatively smooth (you’re better off keeping it in auto rather than using the paddle shifters to cycle through the seven simulated gears). However, the engine still revs very harshly under heavy acceleration. In normal driving it’s pretty hushed, and refinement is generally better for the new car. Other SUVs – such as the Seat Ateca and BMW X1 – ultimately offer a more polished driving experience and a better choice of powerplants.

Subaru isn’t offering its previous 2.0-litre diesel variant with this car, so you have this or a smaller 1.6-litre petrol to choose from. It’s a shame, and seems odd, because the old diesel unit was our favourite for the car, and it’s gutsier than this petrol. The platform can take a diesel unit, we’re told, so if there is sufficient demand then Subaru would consider offering an oil-burner. 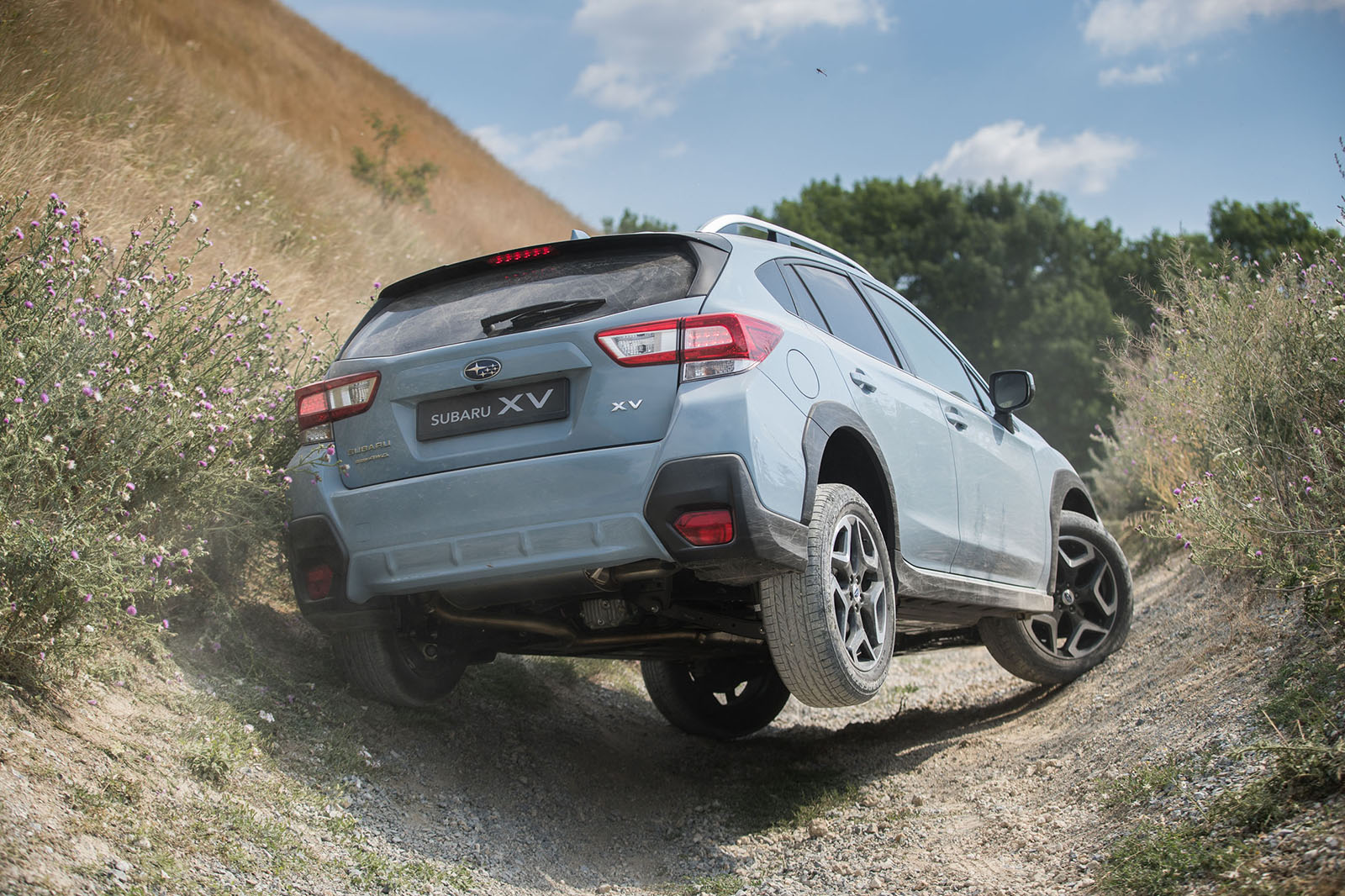 Thrashing round a track is unlikely to be high on the priority list for the standard XV buyer. More likely, the SUV will have to drag its way through a muddy field – and it’s very well prepared for that. Like all Subarus – apart from the rear-drive BRZ – the XV gets all-wheel drive as standard and now has ‘X-Mode’, which optimises the AWD system for slippery surfaces and includes hill descent control. It’ll go farther off-road than most rivals, and that helps the XV stand out in a crowded class of style-over-substance competitors.

Inside, it gets a much-needed update that has banished the button-heavy dash in place of a slicker touchscreen infotainment system set up with better quality materials. We don’t know precisely what equipment will be offered, or even what trim levels will be available, but Subarus are typically kit-laden at every level so you can expect the 8.0in touchscreen as standard. We do know that all models will get Subaru’s automatic emergency braking system, ‘EyeSight’, and the Japanese model scored exceptionally highly for crash testing in Asia, so it’s likely that it will also impress with Euro NCAP.

As for space, there’s masses of leg room in the rear, but the boot is a little more paltry.

While it is undoubtedly better than its predecessor, UK specification and pricing are yet to be announced so it’s hard to be definitive on where the XV lies among its current rivals. Its improved dynamics and genuine no-nonsense off-road ability give it a fighting chance of broader interest, although a lack of a diesel option could hamper its success in the UK.

Impressed by the comments

Impressed by the comments here. Autocar readers are clearly able to see beyond a 'premium' badge and recognise real engineering quality when they see it. Subarus are dependable and endearing.

Impressed by the comments here. Autocar readers are clearly able to see beyond a 'premium' badge and recognise real engineering quality when they see it. Subarus are dependable and endearing.

You have to want to the car and not the "package".

I had the previous XV in petrol manual form and it was excellent,roomy comfortable,stuck to the road like a fly on a pane of glass,and to me this looks really good enough to be considered again for my next car. Power is up weight is down,don't think I'll bother with the auto,leather or sat-nav but this looks like a crossover that is the real deal, I do hope that Autocar will do a full road test of the XV in the not too distant future.

Appealing hatchback, let down by lack of grunt, and wrong gearbox.  Add a light pressure turbo, take away the cvt, replace with a manual, and lose the 'ugly kid' glass to make so much better.