From £15,9508
Aside from its unfortunate new split headlights, the new Skoda Octavia hasn't really changed a bit. And that's a good thing
Open gallery
Close

Skoda likes to bill the Skoda Octavia - its biggest selling model in the UK, and a range mainstay for the last two decades - as its backbone. Having received wholesale surgery in 2013, the brand settles for a much more modest manipulation of the latest version; a chiropractic tweak of the styling, interior, infotainment and equipment levels.

The mechanicals, then, are essentially the same, meaning you get the same generous 2686mm wheelbase, the same basic choice of hatchback or estate and a familiar engine line-up initially consisting of two petrol units (the 1.0-litre and 1.4-litre TSI) and two diesels (the 1.6-litre and 2.0-litre TDI).

There will be new Scout and vRS models too (with additional, spicier petrol and diesel variants), but they'll come a little later. For now, we’ll focus on the minutia of the cooking options, available in the now timeworn S, SE, SE Technology, SE L and Laurent & Klement trim levels, and costing from £17,055.

The good news for bargain hunters is the standard-to-all-models adoption of the latest infotainment system, the upgrade bringing with it not only a better class of touchscreen, but also a SmartLink software upgrade that makes Apple CarPlay and Android Auto available at entry-level.

Most UK buyers will leapfrog that prospect, though, and plump for either the SE or SE Technology. The latter gets the desirable sat-nav and wi-fi hotspot capacity that marks it out as our range pick – although the range-topping Laurent & Klement is still distinguished by an uprated 9.2in display and Canton sound system. 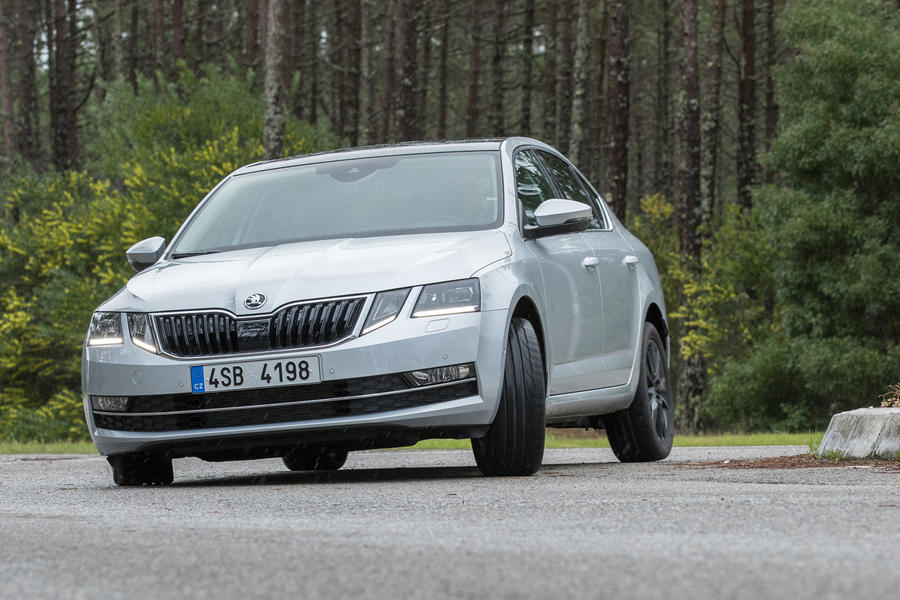 Enjoying the Octavia’s material gains requires any would-be owner to first pole vault the elephant on the driveway; specifically the new and subjectively unsatisfying styling rethink enacted on the front end. Bisecting the front headlights is plainly Skoda’s idea of injecting some dynamism into the model’s largely benign appearance – but it fails in much the same way Mercedes-Benz's W212 Mercedes-Benz E-Class floundered, making the nose look oddly proportioned and fussy.

Inside, where the dashboard has been gently remodeled to accept the new infotainment display, there is no such imbalance. The previous Octavia was at the forefront of Skoda’s march into Volkswagen’s old sensible-shoes stomping ground, and it remains very well laid-out and tidily finished. The touchscreen, at least in the larger format tested, is a glossy one-piece affair, shedding its physical shortcut buttons for a mostly intuitive on-screen menu system and fairly zippy functionality.

Its slick new convenience suits the Octavia well. This, after all, is the C segment in its most level-headed and user-friendly format. The car shares its front-drive MQB platform with a raft of other similar-sized options, but its wheelbase is 50mm longer than a Volkswagen Golf’s – a structural variation that plainly contributes to the earnest and eminently straitlaced driving style engineered into the Octavia. The introduction of an additional 20mm of rear track width only nails on the sensation: the Skoda standard-bearer steers, rides and handles with a fastidiousness that’s almost impossible to tire of - or develop any lasting affection for.

The shortfall in vitality is hardly made up for in the engine bay: the 113bhp 1.6-litre TDI and 148bhp 1.4-litre TSI tested are amenable, discreetly tractable and ultimately nondescript choices, (the former lacking the sixth gear it desperately needs on the motorway; the latter not quite living up to its peak output billing). But the Octavia is so adept at tuning you into its methodical frequency that it almost seems churlish to complain given the lack of effort you’re expending. 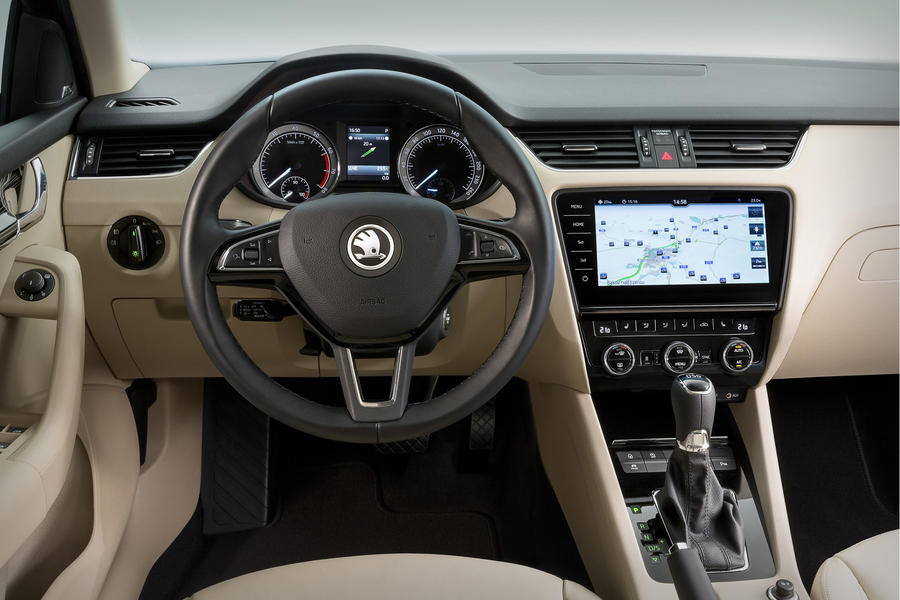 There are few more placid or well-engineered ways of demolishing a long journey; nor are there many which offer superior value or practicality either. The new Octavia is probably better with optional adaptive dampers fitted and the larger touchscreen aboard (and therefore perhaps more likeable in higher trim levels with the more powerful engines) but, truth be told, it occupies the same place in our affection as it ever did, even with gawky lights. Mr Dependable then, to a four-star tee.

Would've preferred a Rapid-style front end to give the car a bit of front end elegance, this doesn't look good - give it a year and they'll emergency facelift it and add a black wrap onto the light dividers to try and make it look like one unit.

Otherwise a perfectly competent family car with a huge practical boot - fastback option missing from many competitors who are now saloon only. It some ways perhaps a spiritual successor to old French fastbacks - Lagunas, 21s, Xantias etc.

I think that's about right for this car. It is actually an excellent vehicle and much more than an appliance. It drives very well with great steering and decent ride (like most mqb cars). It's just not playful or interactive but then you might not want that from a car in this segment anyway. It's certainly better than the Astra J I had.
oaffie 9 February 2017

This mid life facelift is not

This mid life facelift is not as horrific as the previous version's, but it has still continued the theme of ruining the look of a perfectly good car half way through it's lifecycle.

I can only think that this is deliberate so that it does not take too many sales away from it's vastly over priced close relatives from the VAG Group.