Commercial vans might not seem that dynamic, but they’re increasingly at the vanguard of the electric vehicle movement. It’s simple business, given the lower running costs of EV fleets and the increasing number of clean air zones in the urban areas in which many ply their trade.

The trend hasn’t gone unnoticed by Renault and is the reason it’s turned the popular Renault Zoe supermini into an electric load-hauling van that sits at the bottom of its growing range of battery-powered commercial vehicles.

That instantly makes the Zoe Van stand out: it’s one of a mere handful of supermini-based vans on the market, and the only pure-electric version among them. But while it retains a welcome dose of the hatch’s French charm, will that be enough in a market where load capacity is more important than style? 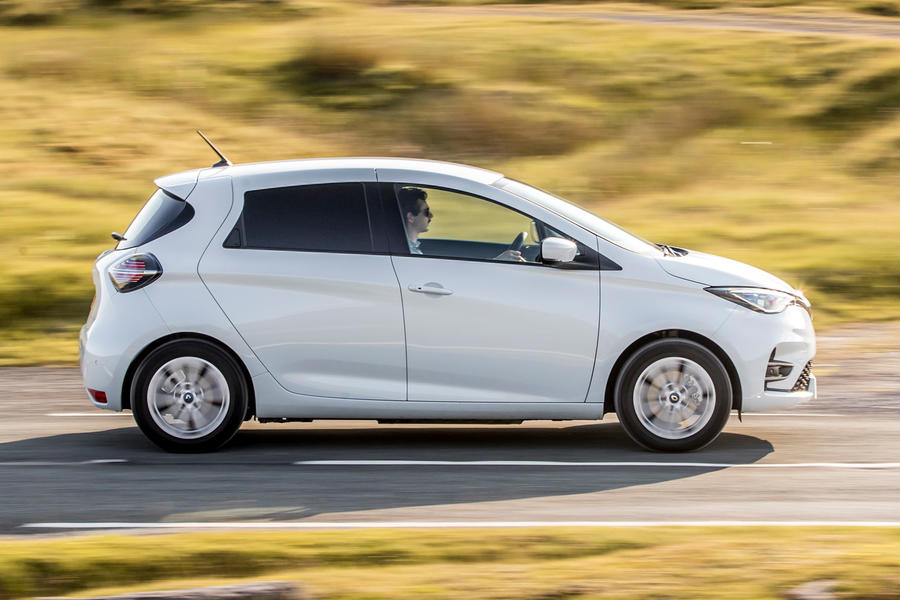 Predictably, the commercial version of the Zoe draws heavily on the passenger car: it retains the same dimensions, 52kWh battery and 107bhp motor. The Zoe Van features a 22kW charger as standard, allowing for a full charge in 3 hours. Using an 8kW home charge will take 9hr 25min.

The front of the cabin is virtually identical to the hatch. That’s a good thing, with the same comfortable, decent seating position as the regular Zoe, and a decent level of kit on both trim levels (Business and Business+, which roughly match the Play and Iconic trims of the hatch).

The difference is behind the front seats, where the hatch's rear seats have been ripped out and replaced with a load area that features a flat floor and a new part-mesh bulkhead to split it from the front cabin. Predictably, given the Zoe’s compact dimensions, it’s not a large storage area, with just 0.51 cubic metres and a maximum payload of 387kg. 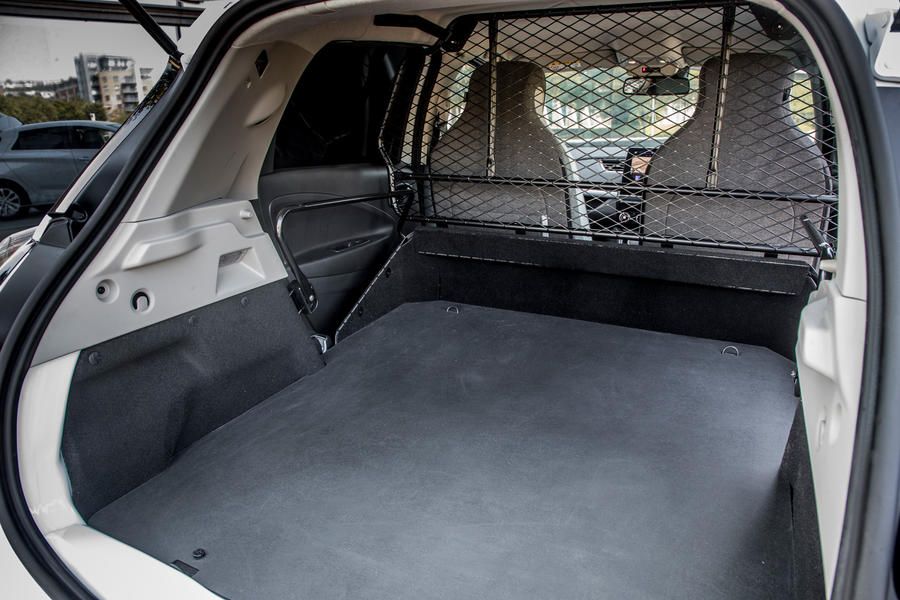 In a sign of what a limited conversion job this is, the rear doors remain in place and can be used to access the load area, although the windows are disabled and covered with an opaque film to meet legal requirements for vans. The covered-up glass and mesh bulkhead do limit rear visibility somewhat, although it’s better than many vans and, given the Zoe’s compact dimensions, unlikely to cause too much trouble.

Behind the wheel, the Zoe Van unsurprisingly feels much like the hatch to drive – and that’s a good thing. The positive, light and direct steering makes it easy to place and control, which should be ideal for making deliveries in the ultra-low-emission zone of your choice.

You don’t buy a van because you want a dynamic driving machine, but the Zoe's motors offer decent power and there’s enough torque to help you make brisk progress. The vehicle feels stable and secure on the road, and definitely more like a small electric hatch than an industrial van. 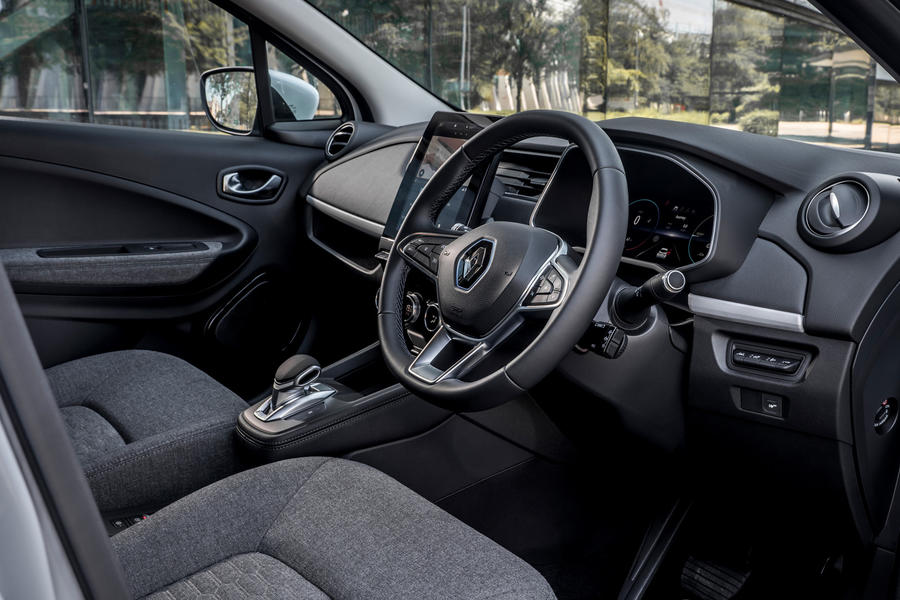 There’s an undoubted charm to the Zoe Van that is carried over from the hatch version, but commercial van buyers will be more concerned with running costs and load capacity. The Zoe is definitely limited in the latter, which might in turn limit its appeal for many businesses.

But there’s little like it in the EV market right now – the slightly larger Ford Fiesta vVan is petrol-powered – and that could help it carve out a niche in the market for business owners looking for electric transport for limited load sizes. 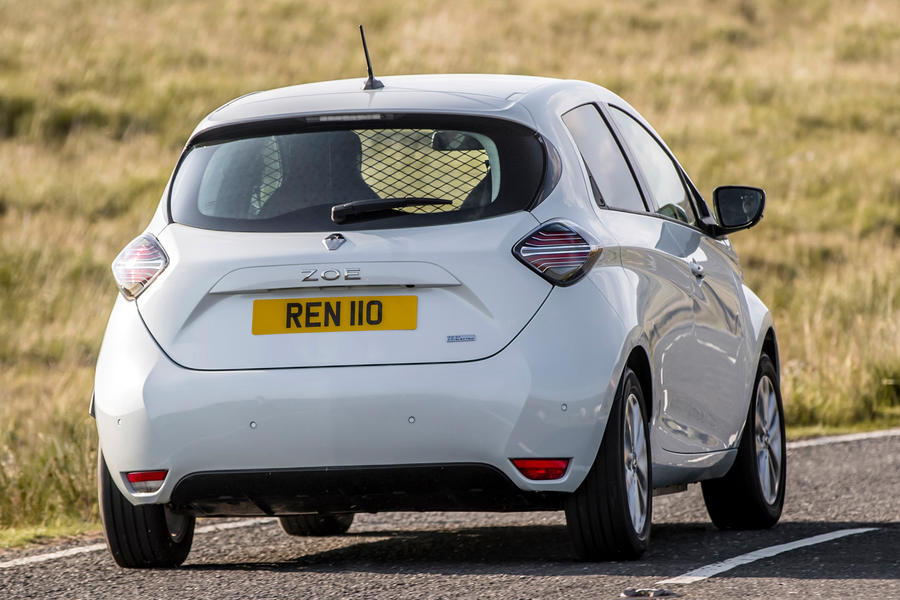 £32k for a van that isn't really a van seems absurd, especially when you can buy a Zoe car for a couple of thousand pounds less according to Renault's website. Surely anyone in the market for an EV based van would buy something like a Nissan eNV200 which offers a much more carrying capacity at a much lower price, granted it wont go so far or so fast?

Nice article, and probably a useful van conversion for many inner city businesses that need delivery but not a large load space. The thing that spoiled it for me was the headline which reads "from £21,220" This against the topline of E van. I suspect the ICE range starts at that but this shows up again and again in Autocar features. As a reader, I'm attracted to the vehicle featured, not the range and this particularly applied to electric vehicles.