From £14,2458
New motor boosts electric car's performance; it's no every-occasion car, but it has loads of appeal as an urban runabout
Open gallery
Close

This time, you rather suspect, the refresh represents Renault in a counter-punching mood, doing what it can to maintain the car’s market-leading position in the face of, among other rivals, a brand-new Nissan Leaf. Still, if it delivers a better car to anyone who takes the electric plunge this year, those new owners won’t be complaining.

This isn’t the most wide-ranging of mid-life overhauls. The edited highlights consist of a more powerful electric motor, an update for the touchscreen infotainment system, a new paint colour (Renault calls it Aconite Purple, and it’s the shade of our test car) and a few new pieces of interior trim.

So, having had 91bhp and 162lb ft to offer last year, the Zoe now has 107bhp and 166lb ft with which to tempt your toe, although that still leaves it shy of the outputs of the BMW i3 and Nissan Leaf by some margin. Handily, the Zoe’s motor upgrade doesn’t affect its energy efficiency or battery autonomy, with range remaining either 250 or 186 miles, depending on which of the EU’s lab test driving cycles you’re testing it on.

Renault proudly claims this is the market’s longest-range mainstream electric car, and with some credibility, at least as far as UK consumers are concerned. It’s certainly true that none of the Zoe’s current crop of electric rivals (the Nissan Leaf, BMW i3, Volkswagen e-Golf and Hyundai Ioniq Electric) has been rated to go quite as far on a single charge.

Had the 2016 Opel Ampera-e (up to 240 miles on the tougher WLTP test) ever made it to the UK as a Vauxhall, mind you, things would have been different, and once the imminent Hyundai Kona Electric (up to 300 miles on WLTP) arrives, they definitely will be. 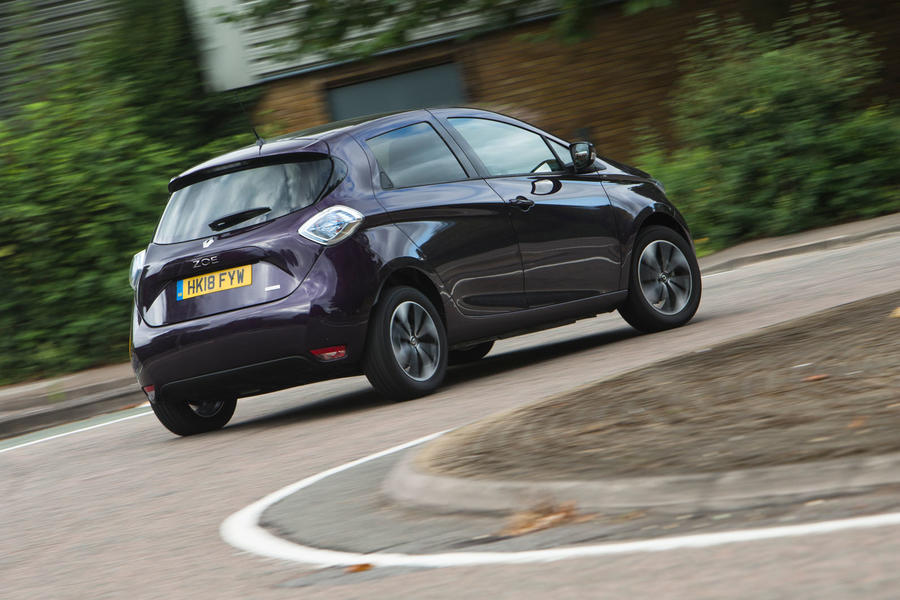 Renault says that it’s at long-distance speeds where you’ll notice the difference made by the Zoe’s motor upgrade – that the new version (which it quixotically calls R110 even though it’s only rated for 109 metric horsepower) is a full two seconds quicker to accelerate from 50-75mph than the old R90 (which had 92 metric horsepower, oddly) was. And the car feels quicker than its forebear at urban speeds, too.

The Zoe now makes very short work indeed of nipping away from standing and up to 40mph or so, quite easily leaving the vast majority of town traffic behind away from roundabouts and traffic lights. As before, the car’s urban pace is derived as much from its instant throttle response as its outright torque – that and the fact that the energetic surge of acceleration it takes you on is totally seamless and gearshift-free. It amounts to a town driving experience that is at once liberating and enjoyable. The Zoe feels suited to its environment in a way that few combustion-engined cars do when cooped up in the urban sprawl.

And, alright, the Zoe’s performance out of town is improved as well, fair enough. Not that the difference made is anything like enough to make the Zoe seem as well suited to longer-distance journeys as it is to urban errand-running.

Where the old Zoe quickly seemed to run out of puff about 50mph, the new one maintains a turn of pace strong enough up to about 70mph to make it seem a lot less vulnerable on the motorway. Unfortunately, a more powerful electric motor can do nothing about the car’s slightly wallowy, under-damped vertical body control at higher speeds – one of the ways the Zoe still gently reminds you that it’s not really intended for longer journeys or a quicker stride.

The car handles well enough through bends and on smoother surfaces; it’s only bigger lumps and bumps that set off some fore-aft pitching and fussing and generally seem to upset the car's composure. With the isolated feel of the steering, plus the wooliness and lack of progressive feel of the brake pedal (which can struggle to juggle the influences of regenerative and friction braking), you’ll certainly never confuse the Zoe for a driver’s car. But that doesn’t mean it can’t be fun to drive.

The rest of the package is respectable, although not quite respectable enough to hide the compromises you need to be willing to accept if you elect to save a few quid and have an electric supermini instead of one of its bigger, slightly pricier rivals. The Zoe is fairly practical, but adults and older children won’t be as comfortable in its back seats Volkswagen as in an e-Golf or Hyundai Ioniq Electric. Which does, at least, stand to reason.

You don’t get the equipment sophistication or perceived quality of either those rivals from the Zoe, either. Despite the addition of Android smartphone mirroring, the Zoe’s infotainment system isn’t really the match of the e-Golf’s or Nissan Leaf's. There's also a lack of good practical storage features around the cabin relative to those cars.

And does it really do 186 miles on a charge? On the basis of our testing, it's more like somewhere between 130 and 160, depending on how and where you drive it. Higher-speed motorway miles drain the battery quite quickly, which is true of all EVs. But use the car around town, where it quite plainly performs best and as superminis tend to be used, and hitting 180 exclusively urban miles should be possible once you’re used to getting the most from the regenerative braking. 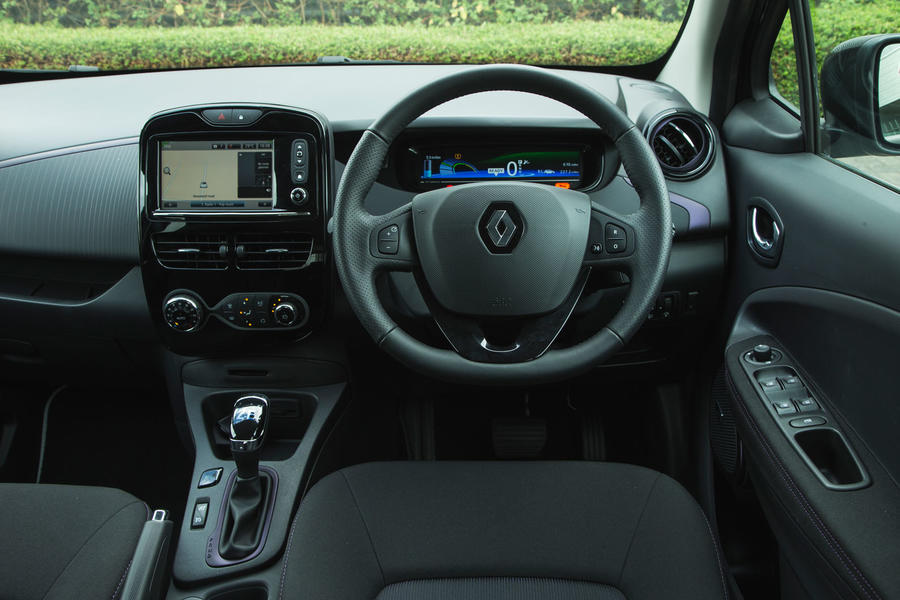 There’s good news if you’ve already made up your mind. Having added that more powerful motor, Renault has also added value to the Zoe range by cutting the car’s entry-level Expression trim level and offering the mid-range Dynamique model for only a few hundred quid more than you would have paid for entry-level last year.

Ironic, then, that the Zoe’s status as value champion of the embryonic battery car market is more questionable now than it was a couple of years ago. For those prepared to lease the car’s battery rather than buy outright, the car looks like a steal. But then Renault’s part-buy-part-lease ownership model has attracted plenty of criticism for adversely affecting the residual values of all second-hand EVs – so much so, some would say, that its days must already be numbered.

When you compare the Zoe’s price to the Leaf's on like-for-like terms, there’s only a couple of thousand pounds between them. Little enough, in this tester’s opinion, to make the Nissan look like the better value car to plenty of people, since it’s that bit more practical and well-rounded.

Then again, bought as a second car of a more specific remit, the Zoe should retain its appeal. And it deserves its success, because, though it is what it is, where it’s good, it’s still great. 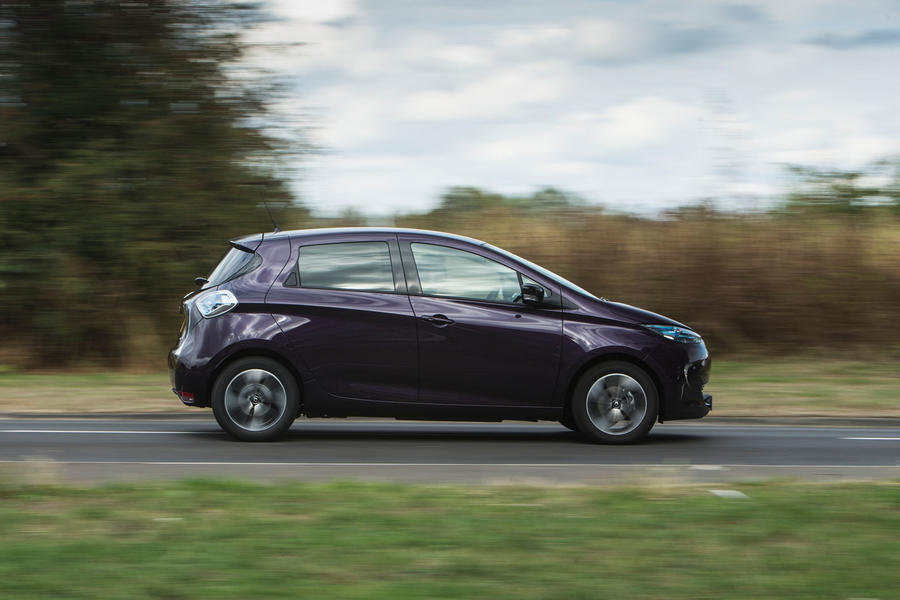 Its a great car and a real

Agree on the rear lights, they are a bit odd vs the rest of the car.

I cant not give you more details