BACK TO ALL NEWS
Currently reading: Upgraded Renault Zoe gets 250-mile range
UP NEXT
New 2023 Audi A4 Avant undergoes tests in the Alps

New Renault Zoe Q90 can travel up to 250 miles between charges, and will go on sale in the UK this November
Open gallery
Close

A new version of the Renault Zoe will go on sale in the UK in November, offering a denser battery and what is claimed to be the greatest range of any mainstream electric vehicle. The car is on display at the Paris motor show.

The new Zoe Q90 is capable of travelling up to 250 miles between charges - beating the range of rivals like the Nissan Leaf and BMW i3 by a significant margin. That range is expected to be 186 miles under real-world driving conditions - a boost over today’s Zoe, which can manage 106 miles in normal driving.

Prices and specs of the updated Zoe have been revealed. Read more here

Impressively, the upgraded Zoe’s range is now only 17 miles short of the entry-level Tesla Model S, which can travel up to 267 miles between charges in P60 form.

Renault’s new battery has almost double the storage capacity of the current Zoe, at 41kWh, but it is no larger or heavier. The battery has been developed in partnership with LG Chem, and uses high-density lithium-ion cells. Its storage capacity has been optimised by increasing the energy density of individual cells, rather than adding more battery modules. 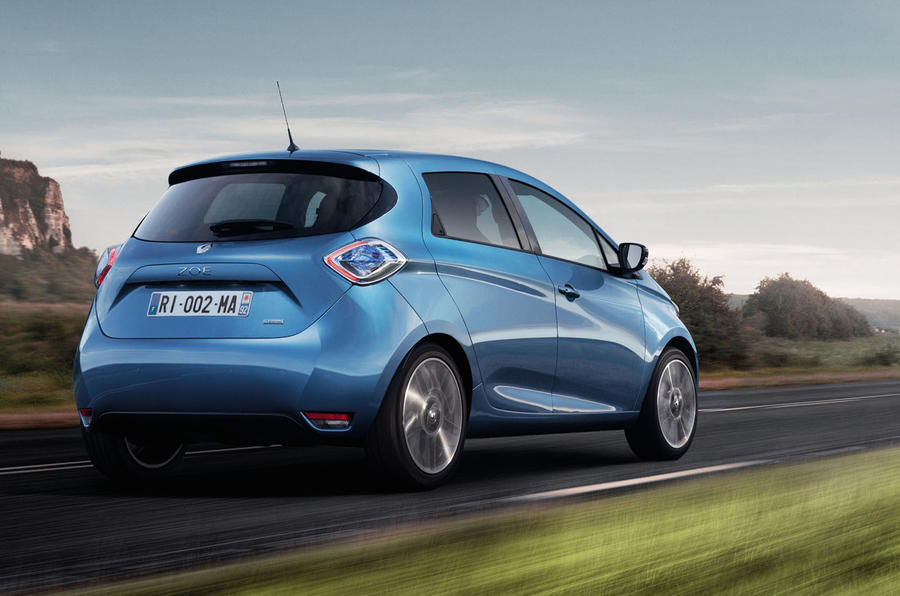 The French manufacturer says that charging times for the Zoe Q90 are comparable with today’s car, and that 30 minutes of charging using a standard charging socket can grant an additional 50 miles of range.

Renault is also launching two new technologies to help drivers. ZE Trip integrates with the Zoe’s satellite navigation software to show charging points near to the car, and their availability, while ZE Pass allows drivers to access paid charging points regardless of the operator. There are currently around 80,000 charging stations across Europe. Renault’s smartphone app can now download a navigation route to the car, as well as showing the Zoe’s charging status. 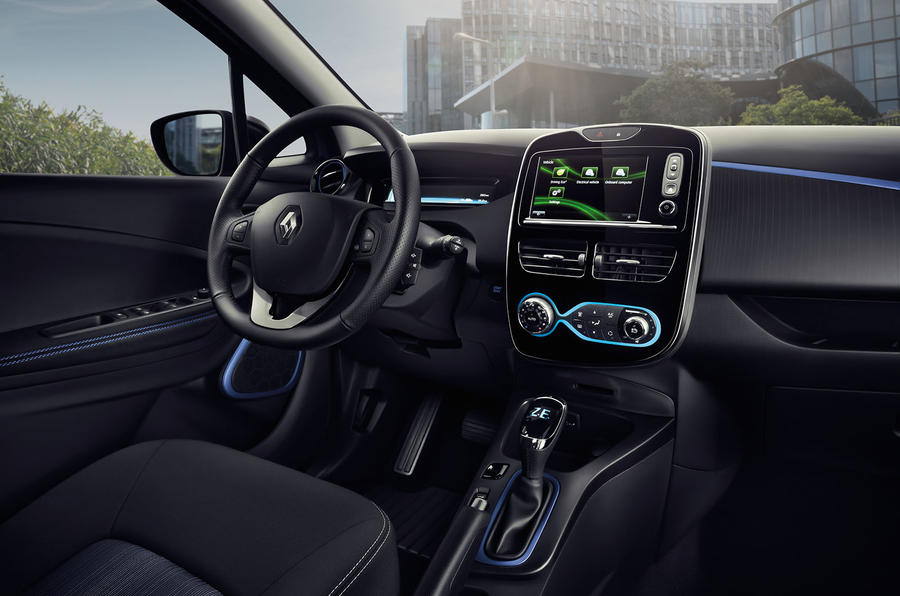 Renault won’t reveal pricing for the Zoe Q90 until closer to its November on-sale date, but we expect it to command a significant premium over the regular standard R90 Zoe with its 22kWh battery, which is currently priced from £18,945. That price also includes the government’s £4500 grant for electric vehicles.

Renault-Nissan boss Carlos Ghosn said: “We are continuing to push in areas where innovation matters most for Renault customers. Making it easy for them to choose electric, with new connected services to enhance their driving experience, is a top priority for us and for Zoe customers.”

186 miles is a fantastic achievement; sell that figure and it's good enough.

Mind you, if I took out all of the seats, the glass, bonnet and doors and drove at 10 mph in reverse, I might get close to that 250 number.

Now can we have a Renaultsport Zoe please?
ersatz 29 September 2016

a real achievement - Renault and LG are to be congratulated. VW and Mercedes playing serious catch up here....
View all comments (4)