From £10,8558
First taste of reskinned Clio on UK roads reveals a car that's certainly no worse than before but not considerably better
Open gallery
Close

As the latest version of a model line that stretches back to 1990, this facelifted Clio has been updated relatively sparingly on the mechanical front - which isn't surprising given its warm reception in current-generation form first time around.

Back in 2012, this generation of Clio was the first Renault to get the firm's then-latest styling identity, and now it's moved on again. New LED running lights and - depending on trim level - new LED headlights feature on its nose, as do a revised grille and bumper. The rear bumper receives a similar treatment. 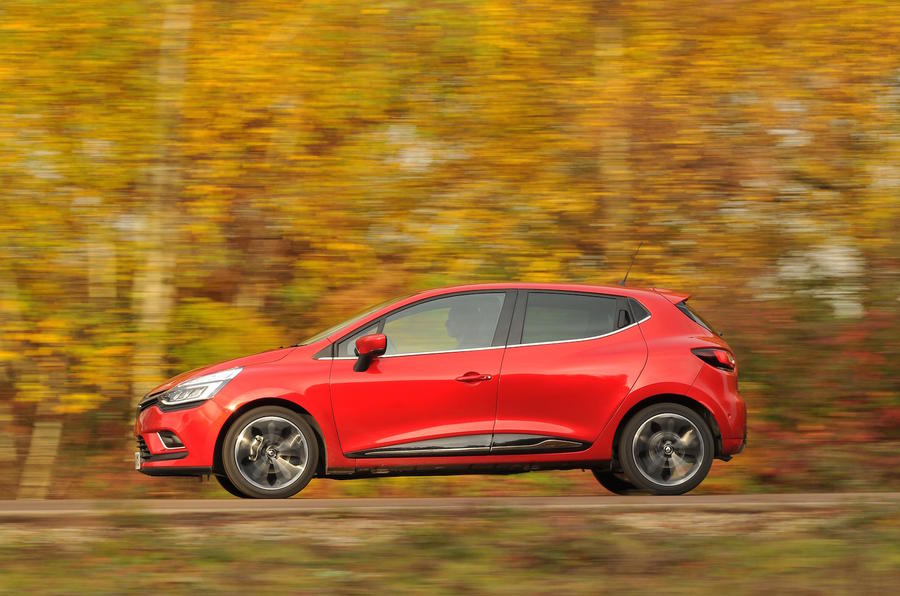 Renault has also worked on lifting the interior quality by fitting new plastics and redesigning the steering wheel, gear lever and door cards, while the seats are now covered in a finer cloth as standard. Equipment has been improved too: there are four new colours and a new optional Bose sound system, Renault's R&GO smartphone app is now standard on entry-level Clios, mid-range cars get sat-nav and front parking sensors and a reversing camera has become available - to name just a few changes.

On the engine front, two new options have joined the range: a 109bhp diesel and 118bhp petrol. Here we focus on the entry-level turbocharged 0.9-litre petrol, being driven on our roads for the first time.

On Dynamique S Nav's standard 17in alloy wheels and with no mechanical fettling, the Clio once again proved to us why it plays second fiddle only to Ford's Fiesta dynamically. Its steering is light but precise, allowing the car to be placed with confidence, but making it outright enjoyable is decent body control, strong grip and a keenness to turn in. Sure, a Fiesta's steering sports a meatier consistency and that car possesses an even greater urgency to change direction, but the Clio is by no means embarrassed. 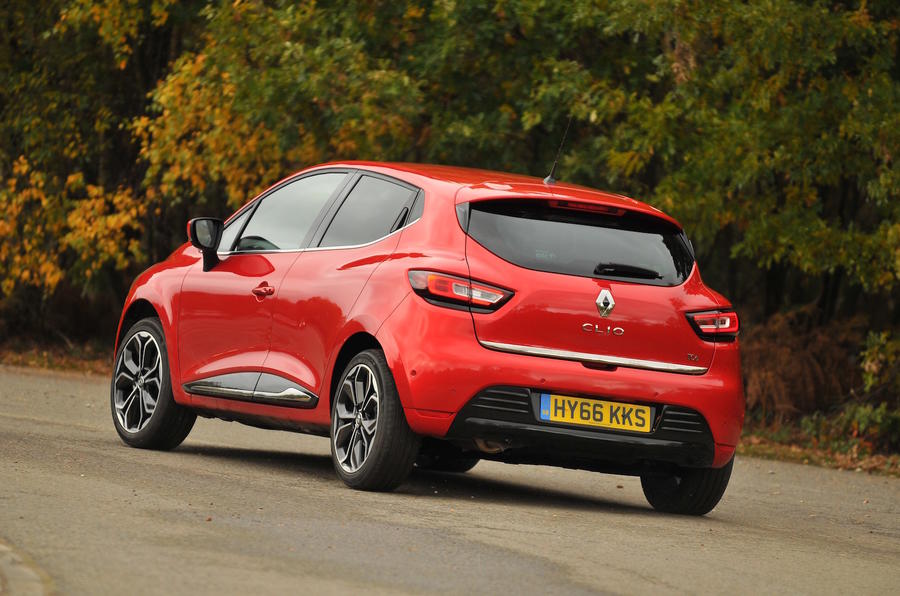 Keeping the Clio at arms length is the Fiesta's more composed ride, which allows mid-corner cambers, undulations and ruts to be smoothed away more effectively. The Clio is caught out on more occasions, and its taught handling comes at the expense of some low-speed secondary fidget that you don't have to put up with in the Ford. Still, we're talking small margins, and it would be unfair to call the Renault out and out uncomfortable, even on 17in wheels.

If we're comparing turbocharged triples, the Ford's Ecoboost engine is probably the more rounded unit. Not in terms of refinement, mind - the Renault's 0.9 TCe has a remarkable ability to stay quiet under load and transmit very little vibration through the Clio's controls. No, but the Clio's modest 89bhp at 5000rpm and equally humble 100lb ft from 2500rpm means it requires a fair amount of patience when stoking it up to motorway speeds - an affliction not suffered as acutely by Ford's similarly priced 99bhp and 125lb ft 1.0 Fiesta. 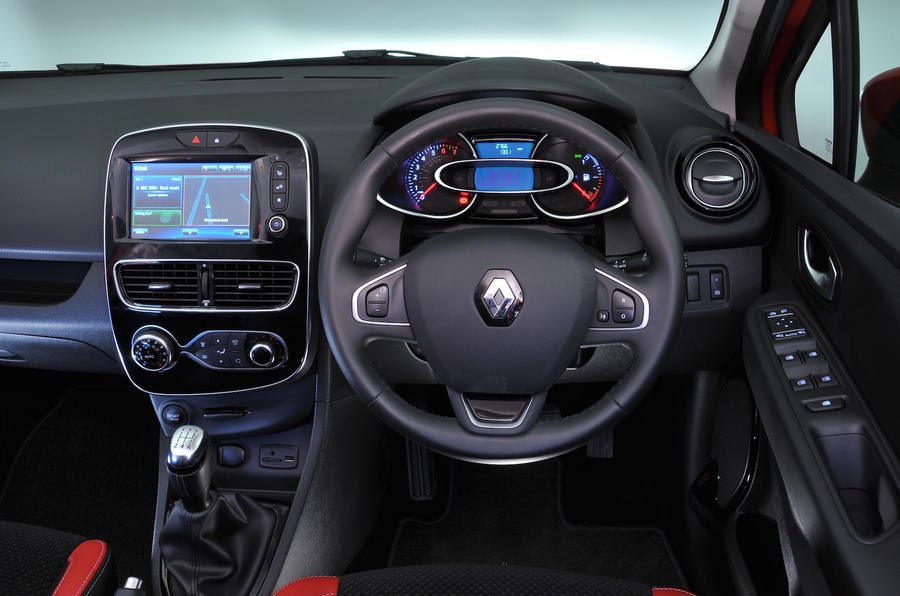 But few would argue that the Clio doesn't have the Fiesta beaten inside. Not so much in terms of space, because both will feel cramped for a pair of rear-seated adults sat behind another two on a long journey, both in terms of head and leg room. Where the Clio excels is quality, which, for this class at least, is a very decent effort. Our Dynamique S Nav car is range-topping, and while it doesn't feel like a huge step on from the pre-facelift car, its mixture of plastics and materials is certainly both alluring and convincing at this money.

And until a new Fiesta arrives next year, the Clio's infotainment set-up is the preferable system, too. It's by no means the highest-resolution or quickest-responding system amongst its peers, but in a class where brilliant infotainment is few and far between, it stands out with its easy phone pairing, logical menus and easy-to-hit on-screen buttons.

There's little need to be quite so extravagant when speccing your Clio. We'd stick with cheaper Dynamique Nav trim and benefit from most of this S's best bits (sat-nav, Bluetooth, DAB, keyless entry and start) while saving some cash. Kept just so, the Clio provides more than enough dynamic ability to keep its driver entertained and enough cabin quality and infotainment technology to stand out in the class.

We're not sure it stands out much more than it ever did, though, and as such the Fiesta's even greater driving prowess helps cement its position at the top of our supermini leaderboard. However, there's no doubt that the Renault's better interior and keener finance deals will prove to be enough of a draw that many side with the Clio, and we can certainly understand why.

i have the 15 model sports tourer in eu and it is the best little estate wish they sold these in uk !
fadyady 20 November 2016

Some effort seems to have gone into the interior and it seems a lot better for that. Externally it was already (arguably) the pick of the bunch - not as staid as Polo, nor as edgy as Fiesta.
View all comments (5)