After seven years, the Porsche Taycan has dethroned the Porsche Macan as the best-selling Porsche in the UK. Such has proven the appeal (and benefit-in-kind tax value) of the Taycan that Britain’s most popular Porsche is now powered by electricity alone. The very thought would have had you laughed out of the room as little as three years ago.

And now there’s a Porsche Taycan GTS model to swell out the range still further – the most sporting if not the fastest in the line-up. It features the usual GTS blacked-out trope on its front apron, side window trims, headlights and so on, while inside it’s all black Race-Tex upholstery and anodised aluminium.

So let’s skip all that and get to the good stuff. It has the same motors front and rear as the Porsche Taycan Turbo but with power pegged to 590bhp instead of 670bhp, even though its torque is the same substantial 626lb ft./car-review/porsche/taycan-turbo-s

By contrast, the next Taycan down, the 4S, has ‘just’ 523bhp unless you specify the optional Performance Plus battery (standard in the GTS), and even then you will be limited to 563bhp, presumably because of its smaller rear motor. In any event, the 4S has 147lb ft less torque.

In total, the GTS brings a reduction in 0-62mph time of 0.3sec, which, in the rarefied world where these runs take less than 4.0sec to complete, is actually a considerable difference. 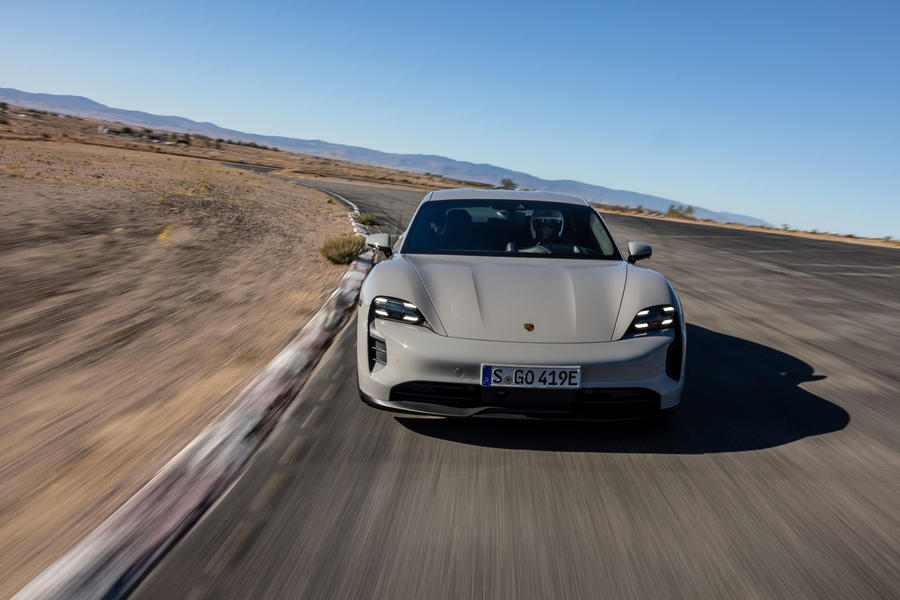 I was only allowed to drive the GTS saloon on a race track but – having driven the Sport Turismo version (think Cross Turismo shorn of its off-road cosmetics) on the road (a story that remains under embargo) – I would be astonished if it didn’t serve up the same silken ride quality of all other Taycans I’ve previously driven.

And I think I must now modify my view held hitherto that the Porsche Taycan 4S is the Taycan au choix. I have neither need nor desire for the pulverising performance of the Turbo and Porsche Taycan Turbo S, but the punch of the GTS is more than enough to earn your undivided attention without being disquieting.

Better, it handles with a level of feel, composure and assurance that seems completely at odds with it being a four-door saloon weighing a colossal 2.3 tonnes.

There’s a corner at the Willow Springs race track in southern California that requires you to turn in near enough flat out at better than 100mph. Fair enough. But it goes on forever, and about two-thirds of the way through, it suddenly tightens, requiring you to brake and turn more, all at the same time. If you don’t, the Mojave Desert awaits.

It’s a nightmare scenario for such a heavy car: something of half the weight could just shrug off the speed, but simple common sense says that a car of this mass is going to seriously struggle. Except it doesn’t. Through which form of witchcraft I couldn’t tell you, but it shrugs it off, too. You’re aware of the massive forces in play but somehow never troubled by them. 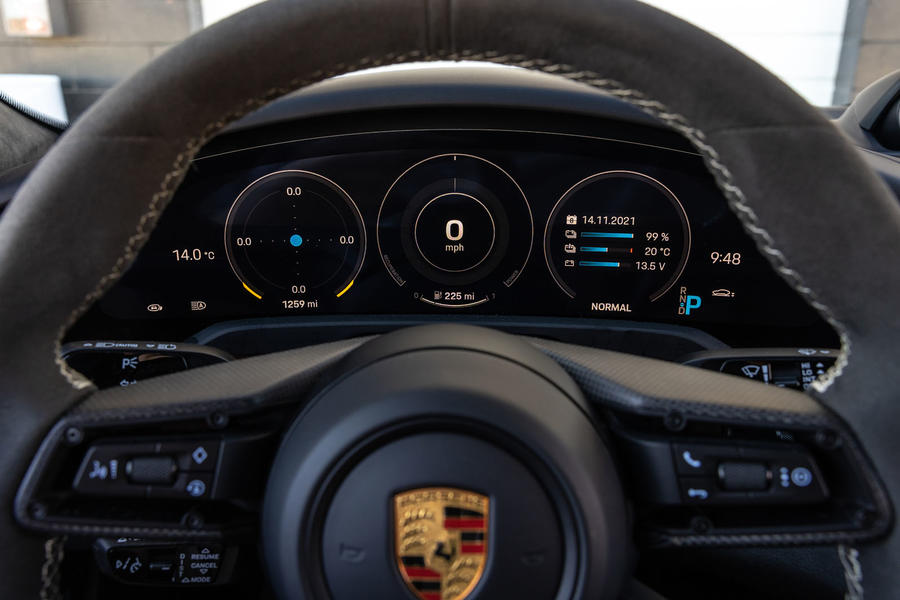 This, then, is the best version of the best electric car on sale – the Goldilocks edition, if you like. Even Porsche calls it the “sweet spot of the Taycan range”, displaying a level of single-model favouritism not usually exhibited by car manufacturers.

But it’s completely correct: the only significant option that I would add is the four-wheel steering fitted to all the cars I drove. So equipped and until the state of the art takes the next big step, it’s hard indeed to see how this kind of car could be done materially better than this. 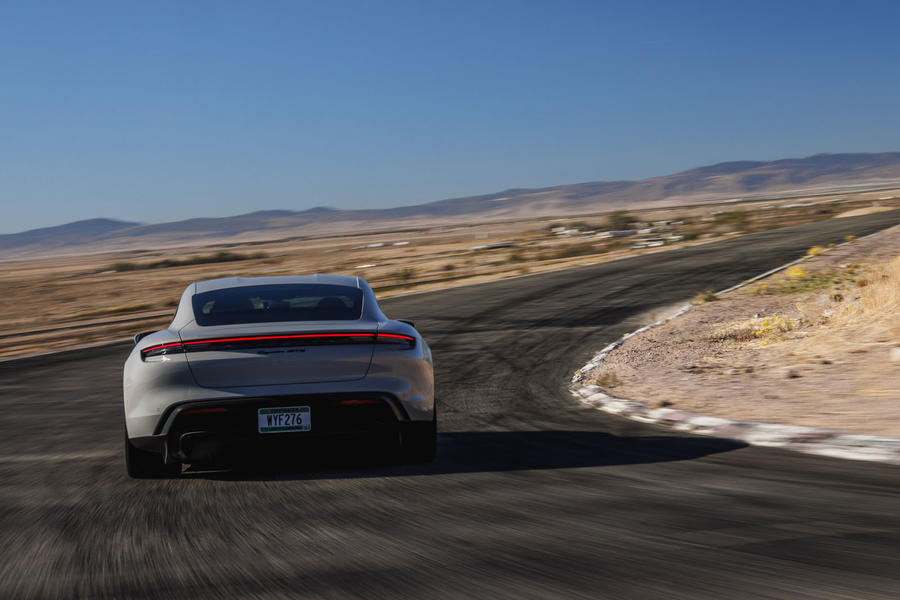 Wow, awesome and it looks great.  A two-door coupe version would be even better though, wouldn't it?  Hopefully that is on the cards.

The Taycan is considered by most to be the best enthusiasts EV as well as the best ownership proposition. And the Taycan GTS is the best version of the best EV. That said I think its price point is regrettably appropriate, and justified. Why regrettably, because it limits the number of people who can buy one, but that's the same with most things? If you want 'cheap' buy a Tesla.

This is the EV I want most of all, probably in Sport Turismo guise to give the practicality without the needless off road capability of the Cross Turismo.

I'd like to know the torque split between the two axles, I presume that bigger rear motor from the turbo model means there is scope to push it further rear than the 4s.

jameshobiecat I hope you are able to buy one! I had a turbo sport turismo as a loaner last week (SW Florida, the Porsche North America dealerships look after us here) and the vehicle was very impressive. Obviously its not a Porsche GT car, if that's what you drive and crave you will be dissapointed. But if you want a daily driver EV with superb build quality, exceptional driving dynamics, and you like the styling, then you will not be disappointed.