The new GTS Sport Turismo is meant to be the sweet spot in the Porsche Taycan range. After a UK drive in early February, I’m not entirely convinced, but it’s still a compelling version of our favourite electric car.

The Sport Turismo is sort of a station-wagon variant of the Porsche Taycan saloon, with the more practical, blockier back end and wide-opening tailgate of the Taycan Cross Turismo but forgoing that car’s additional ride height and rugged plastic ancillaries.

I’m testing it in launch GTS spec, which sits somewhere between more ordinary Taycans and the super-fast Porsche Taycan Turbo versions. It gets its own suspension tune, which includes air springs as standard and active rear steering as a £1650 option (fitted to our test car).

With two electric motors giving 590bhp and 626lb ft from rest, the GTS is almost as absurdly fast as one of the Turbos. It will do 0-62mph in 3.7sec and hit 155mph – a top speed it ‘needs’ for the fast motorways in its home country and aided by a two-speed rear axle that keeps the motors in a band that can push it that fast.

It has Porsche’s Performance Battery Plus as standard, with an 83.7kWh usable capacity for a claimed range of 277 miles (more like 220-ish on a cold February morning). It can accept faster charging rates than most rapid-chargers can give it. 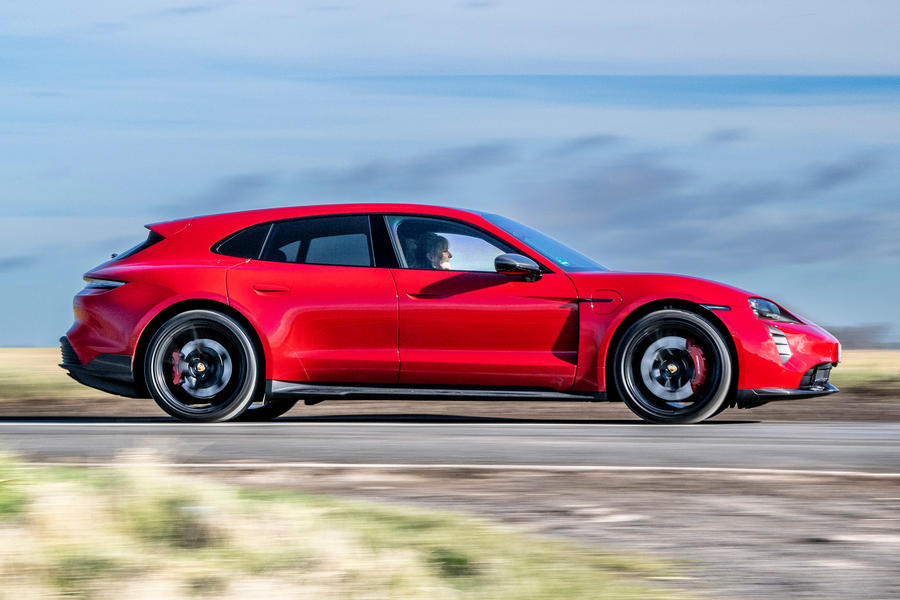 Inside, things are very much Taycan, the twist being that much of it is decked out with Race-Tex, a suede-like microfibre not made by Alcantara. It’s on the steering wheel and roof lining, but it’s particularly helpful by giving somewhere grippy to support your hand while you prod at the overburdened touchscreen.

With other cars in the Porsche line-up, the GTS variant often looks like one of the best in the range; but things are more nuanced here, owing perhaps to the options or chassis tune. Mostly it’s great. It feels entirely connected to the road but with a better ride quality than anything on 21in alloys has a given right to. You can see the wings, so for a big car it’s relatively easy to place, and it’s indecently rapid and responsive.

What’s best about the Taycan is that it feels like a Porsche. The control weights are spot-on, with beefier steering than in similar cars and a sense of true road feel and accuracy.

But whether it’s the tune or the options, on the sort of terrible roads that we have in Britain, with dodgy cambers meeting complex corner diameters and with tree roots slapping into one side, it doesn’t always quite keep up. You can sense the rear-steer helping it turn, but not always quite as you want. Pop the suspension into a lower, stiffer mode and it’s better but less compliant.

Look, it’s really minor stuff and only noticeable every once in a while on a bad road, but my notes don’t suggest that I noticed similar on the slower, rear-driven Taycan that I drove this time last year – a car that did without the active rear-steer. 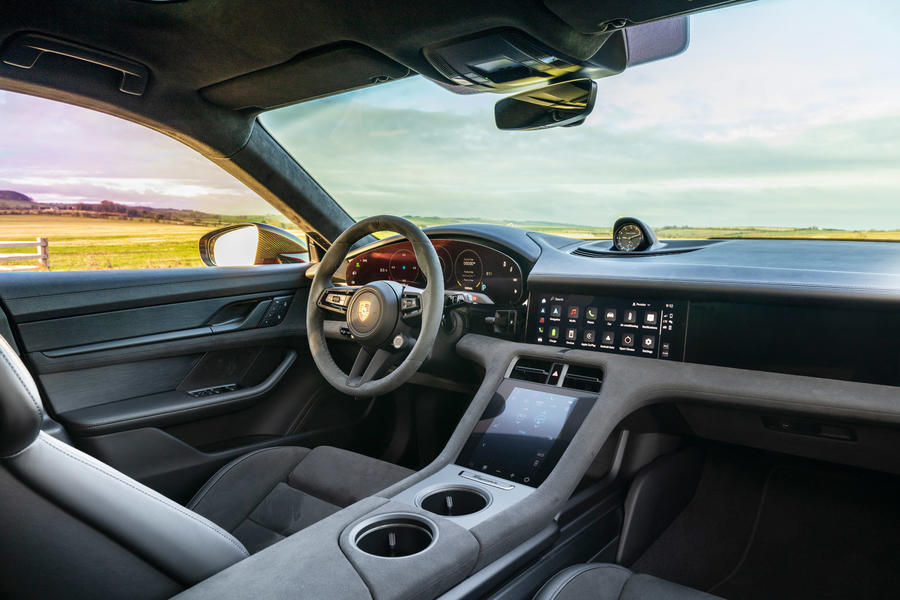 Regardless, this is a compelling version of the world’s best EV, albeit, as with any Taycan, at a price. The basic is £104,990, and it’s a bit rum to be charged £210 more for a public-charger cable or the same again for power-folding door mirrors, and it’s quite easy to end up with this £131,000 car.

At a push, I would still prefer the 80kg-lighter rear-driven car, too, but the general Taycan appeal is as strong here as ever. 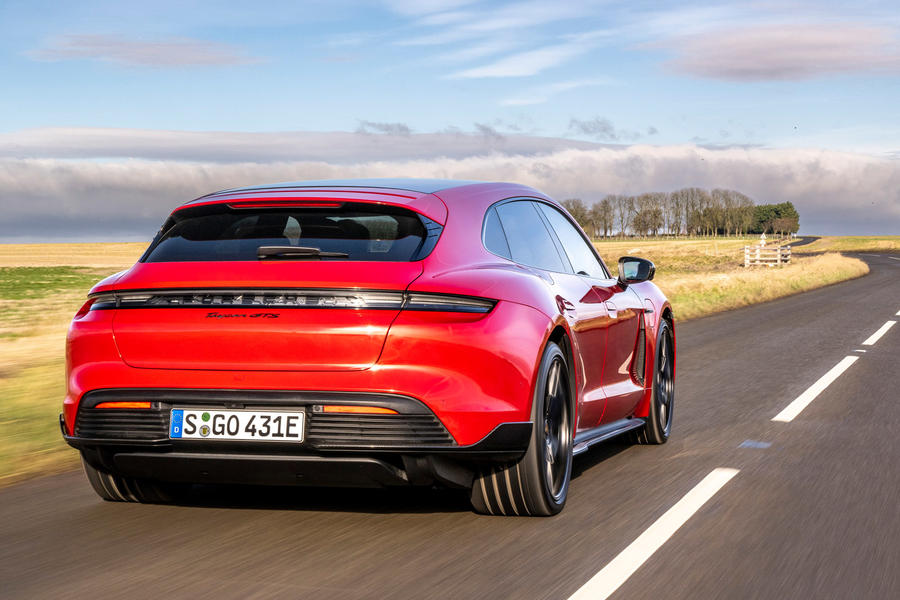 Awesome machine.  More EVs like this please Porsche.  Especially the smaller ones with 2 doors.

Great car! My father will be collecting his Taycan 4S Cross Turismo this month. I can't wait to see it in real life.