Imagine you had a Porsche Taycan Cross Turismo but denuded it of all the plastic add on bits that make it look a little more rugged and then dropped its ride height back to that of a Porsche Taycan saloon – or whatever you want to call it. The result is the Sport Turismo.

So it’s either brilliant, combining the extra rear headroom and boot space of the Cross Turismo but much of the handling prowess of the saloon, or pointless as it’s not as practical as the Cross Turismo nor as dynamic as the saloon. It all depends on your perspective and, of course, whether you’ve tried one or not…

I was only allowed to drive the saloon GTS on the track, but only got to drive the Sport Turismo on the road and while I drove one minutes after the other, I could only write about it weeks later. Nope, me neither. 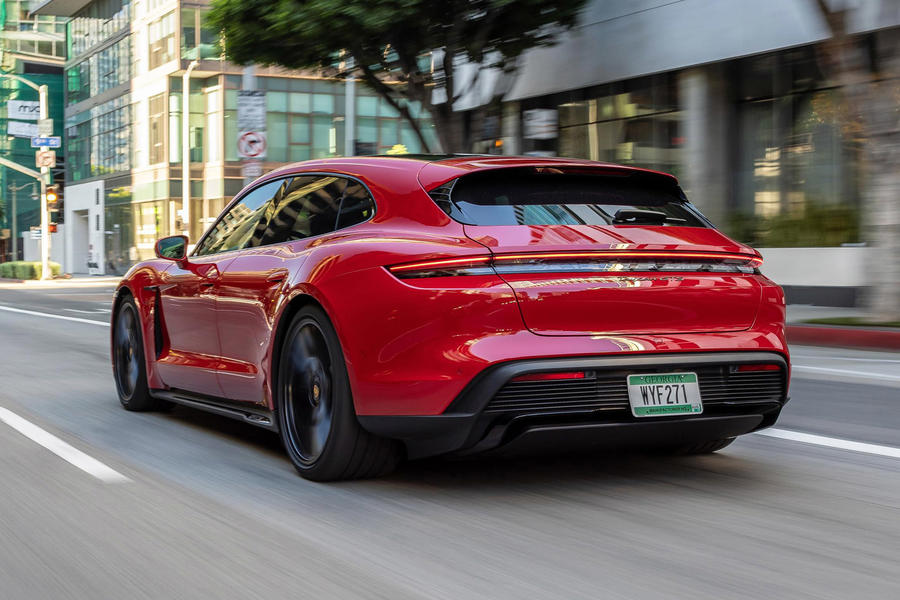 I fall firmly into the ‘best of both worlds’ rather than the ‘jack of all trades’ camp. For a start, if your backside really can tell that this car is 15kg heavier than the saloon – which can also be expressed as two thirds of one per cent of its total weight – it is you who should be doing this job and not I.

Similarly given it now has the same set up as the saloon, if you detect the degradation in handling proficiency wrought by that higher roofline and consequently elevated centre of gravity, you’ve missed your vocation as one of the world’s great chassis engineers.

So far as I could detect in admittedly rather different environments, the Sport Turismo and Taycan saloon go, stop and steer identically. 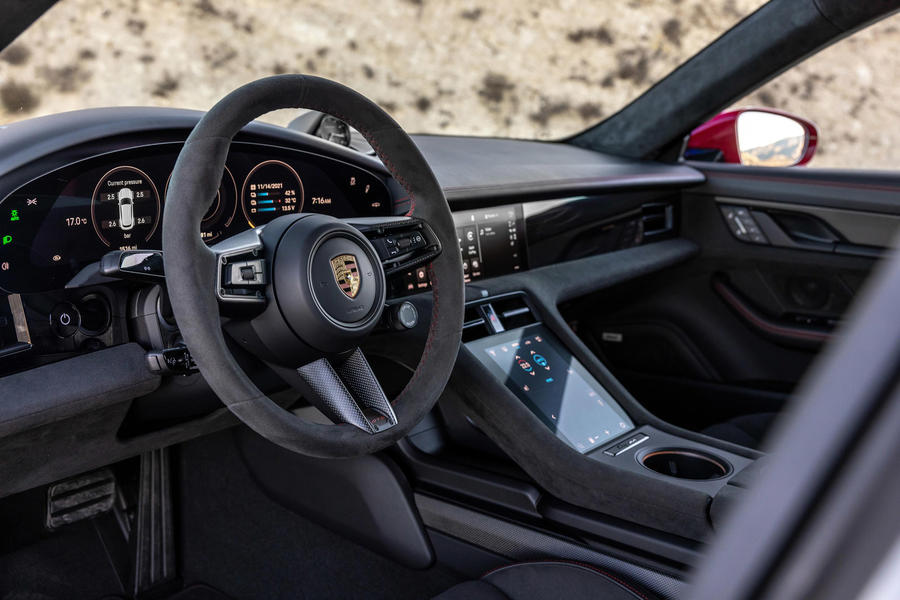 Given the price difference between a Taycan Sport Turismo GTS and a GTS saloon is just £800, (only a few quid more than you pay to have a Porsche Design clock on your dash) and that one offers over 1200 litres of (seats down) luggage space and the other just over 400 litres, and that the GTS version is already the best variant of the best electric car on sale, it’s hard to construct an objective argument against it.

The GTS is only the Sport Turismo available to order now but it’s a racing certainty the body style will become available across 4S, Turbo and Turbo S powertrains during the course of next year.

If you don’t like the aesthetics, then fair enough, otherwise it is the Sport Turismo you should choose. 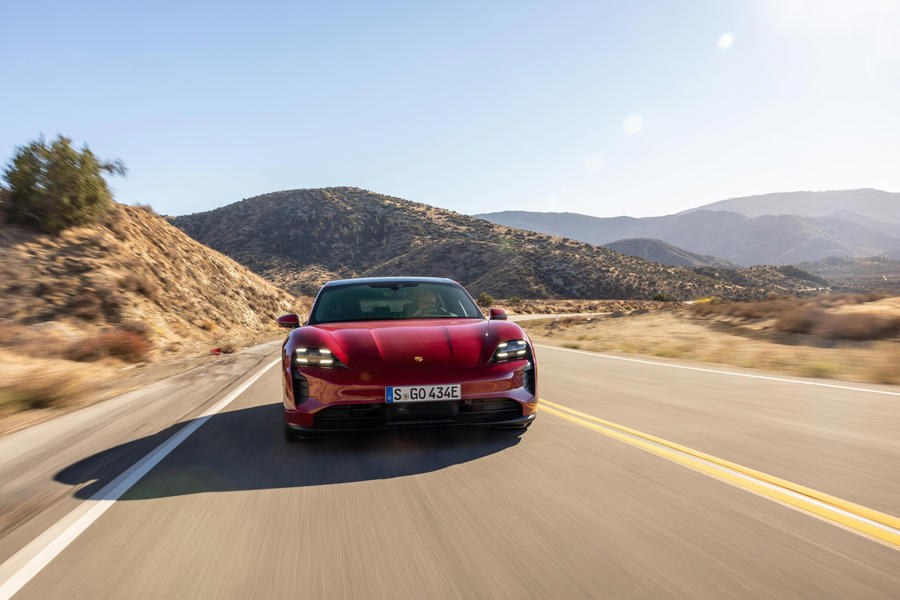 Yes please. I'd go with the red as well.

The red that they have launched these GTS versions in really quite striking. Great looking car

If only it were a little more compact... I am hoping the forthcoming e Macan will be usefully narrower, because a GTS version of that will probably be quite special.

Seems more like you want ground clearance than being compact. Why not wait for the electric Cayman in 2024/25 which is even more compact?