Thanks to its growing acceptance in North America, it’s now got to the stage where hybrid drive is the rule rather than the exception in the luxury car ranks, as the Audi A8 e-tron, BMW 7-series Active Hybrid, Lexus LS600h and Mercedes-Benz S400 Hybrid all attest. No surprise, then, to see Porsche looking to get in the petrol-electric action with its new Panamera S Hybrid.

See pics of the Porsche Panamera S hybrid in action

Set to join Porsche’s local line-up in June, the big four door liftback, borrows its advanced driveline from the Cayenne S Hybrid. It pairs the 328bhp supercharged V6 petrol engine with a 47bhp electric motor that draws energy from a 1.7kW/h nickel-metal hydride battery mounted in the floor of the boot.

As a full hybrid, both can power the new Porsche depending on the driving conditions, with the electric motor claimed to provide zero emission capability up to 53mph in ideal conditions in eco power mode. For full performance potential, the two pool their reserves to provide a total of 375bhp along with a sturdy 427lb ft of torque –19bhp shy but 58lb ft more than the 4.8-litre V8 petrol-engined Panamera S.

The hybrid system favours electric propulsion from start up, resulting in an eerily quiet character as you set off. It requires a smooth driving technique and loads of patience, but be prepared to forego acceleration away from the lights for more leisurely progress in city conditions and you can eek out a reasonable range on the electric motor alone in city driving. Not that we managed to get anywhere near the 1.2 miles claimed by Porsche.

At higher speeds there’s a more regular interaction between the petrol engine and electric motor, but the transition from one to the other is absolutely seamless. Under constant throttle load, it is the petrol engine that does the majority of the work, providing both power to the rear wheels and, via the electric motor which works like an alternator when not in operation, a small charge of electricity to top up the battery when required.

Push hard and you’re rewarded with an impressive turn of speed. At 1980kg – a good 80kg more than the Panamera S, there’s a lot of mass to shift. But with all that torque developed at just 1000rpm, the Panamera Hybrid possess a solid in gear performance, as revealed in its 50-75mph split of just 3.9sec. 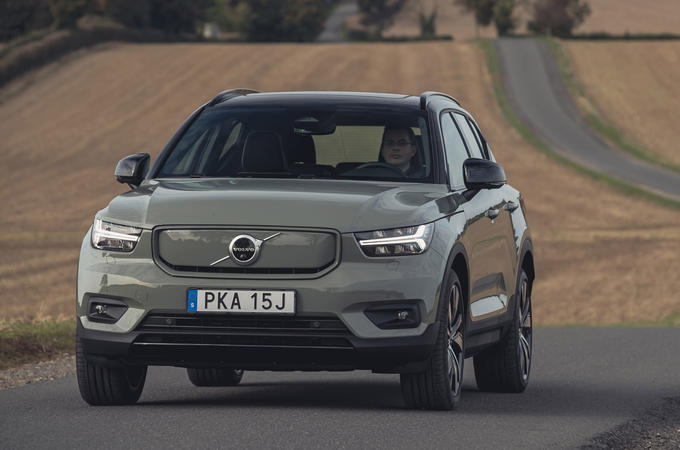 The Panamera S Hybrid uses a different gearbox to the rest of the Panamera line-up save the soon-to-be-launched Panamera S Diesel. The eight-speed torque converter equipped automatic, the only choice of gearbox available, is equipped with Porsche’s fiddly steering wheel mounted shift buttons for remote shifting. Unlike the four-wheel drive Cayenne S Hybrid, though, drive is sent to the rear wheels.

More than straight line performance, though, it is the overall efficiency that Porsche champions the most. With automatic stop/start, brake energy recuperation and an advanced clutch arrangement to disengage the engine on a trailing throttle, the big four-seater is claimed to return 39.8mpg (7.1L/100km/h) on the combined cycle, for an overall 167g/km. Option it up with low rolling resistance tyres and economy improves, with an official 41.5mpg (6.8/100km) and 159g/km.

That extra weight makes its presence felt on challenging roads; there’s greater body roll and an added tendency for the front end to run wide when you enter a corner too fast than in the more inherently sporting Panamera S. However, ride quality on the sophisticated air suspension, which is set to be an option in the UK, is nicely controlled. There’s an inherent firmness, but it still manages to absorb most irregularities with impressive composure.

Porsche is under no illusion with the Panamera S Hybrid, saying it is aimed primarily at the North American market, which is expected to take up to 26 per cent of planned production volume. But with British motorists now more than ever seeking ways to reduce their running costs, it is hopeful the new four door will make an impact here at the expense of its petrol-electric rivals, even at a steep £86,476. Our advice? Wait until the Panamera S Diesel, a car that promises to be better suited to our driving conditions, arrives later this year before making any firm decisions.

An interesting spin on the Panamera and one which starts to introduce the whole idea of hybrids to Porsche customers before the introduction of the 918.

I guess, as was said in the report, this is much more a vehicle for the States rather than Europe.

[quote TegTypeR]I guess, as was said in the report, this is much more a vehicle for the States rather than Europe.[/quote]

Or anywhere not converted to the dark side...

I really can't understand the good receptions these hybrids are getting...

Come on, such big cars are good for motorway travelling where hybrid just add weight...who covers 10k miles a year in city driving with a Panamera?

Please Porsche put it away now!!!Stick to sports cars.

Home page headline states "V8 power with diesel economy" yet it has a V6 engine - Autocar what the heck is going on with the guys who type up your webpages????

It aays V8 power, meaning power equivalent to a V8, not a V8 engine.

It doesn't actually run on diesel fuel either, surprise surprise.

Many thanks for your sarcastic remark - just what I'd expect from you. The headline implied to me that the car has a V8 engine as it said "V8 power" - if Autocar are meaning what you claim the headline should have read "the power of a V8" - that would have been rather clearer.

[quote matsoc]Real world running costs are interesting just for taxi cab drivers[/quote]
CO2 figures of 167g/km are might be interesting to anyone planning to run this as a company car... would save around £4,000 per year in tax compared to the Panamera S I think.

This car seems fairly pointless to me . Only 1.2 miles on battery power if you are lucky and there is no way anyone will get 38mpg out of it .

I would have thought the same economies could have been made by stripping some weight out of the car then dropping in the V6 without all the hybrid paraphenalia . Less to go wrong as well . Ok it could have stop n start brake regeneration and low rolling resistance tyres . You could probably save a couple of MPG by merely turning off the AC .

Ok not possible to sell a manual in the US but thats another way of saving a few mpg over a slush box .

Still think its pointless as a car per se . I suppose it introduces hybrids to Porshe buyers .