From £63,9138
GTS is the sweet spot for much of Porsche's range. Is that the case for the big five-door coupé?
Open gallery
Close

GTS, sitting halfway between regular Porsche and health warning-attached Turbo, tends to be shorthand for ‘our favourite version’ of big Porsches. So let’s see, now that we have the Panamera GTS on the road in the UK.

Our first drive in this latest version late last year was mostly on track, with a bit of time on a smooth road, overseas.

The former isn’t the kind of place that tends to suit a 1995kg five-door hatchback, even one developed by Porsche, but as ever with these things, the engineers manage to make the car do extraordinary things on a circuit.

A big smooth road, though, is the precise kind of environment the Panamera was designed for. The sort of thing that's harder to find in the home counties.

Gone are the days when GTS meant a higher tuned naturally aspirated engine and coil springs. Now it’s a downtune of the Turbo’s twin-turbocharged 4.0-litre V8 to 454bhp – so not much of a downgrade, right? – and the retention of air springs. 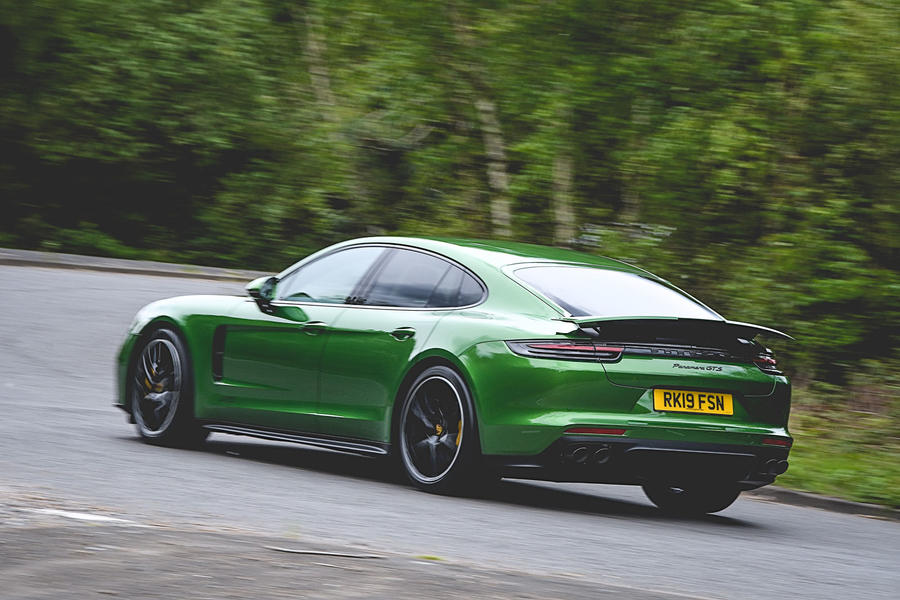 It's nice to report, then, that the Panamera GTS suits smaller, bumpier roads well enough, so it has a very respectable blend of ride and handling. Respectable, but not enthralling. Still, it’s a two tonne car. What do you expect?

The Panamera is outstanding on a motorway, has slick, linear steering everywhere (that element of it is genuinely very good) and covers poorer roads with trademark air-spring sproing and fine body control.

But it does feel wide, no matter how wieldy Porsche has made it. The four-wheel drive system remains rear-biased nearly all of the time, but you wouldn’t know on the road, where grip and traction are, in the dry, limitless to all rational extents. Although we did keep arriving at our destination a bit earlier than expected.

It's curious to drive this car in the same week that Jaguar confirmed it's going to stop making the XJ, though. The big Jaguar, in its fastest form, is similar in ethos to the Porsche but from another decade in its approach to interior technology. Yet we suspect it rides, steers and engages better on poor roads. A trait of where the two cars are developed, perhaps; Porsche needs to make a car in which you can sneeze at 180mph without it noticing.

Away from the handling, the Panamera's engine is strong (although an AMG unit is more thrilling), but its eight-speed dual-clutch automatic gearbox doesn’t always make for truly relaxing progress, especially when combined with a stop-start system that compromises truly smooth deceleration to a standstill. A full automatic would be smoother, we reckon, plus there’s an occasional unnecessary downshift on the motorway when torque would do the job. Conversely, you’re inclined to want more control around town where the car prefers to lug it out when you wouldn’t, so you take to the paddles.

Inside, material quality is excellent and the huge digital displays, although requiring acclimitisation to navigate, have all you could need presented well, while there are hard buttons for the essentials. 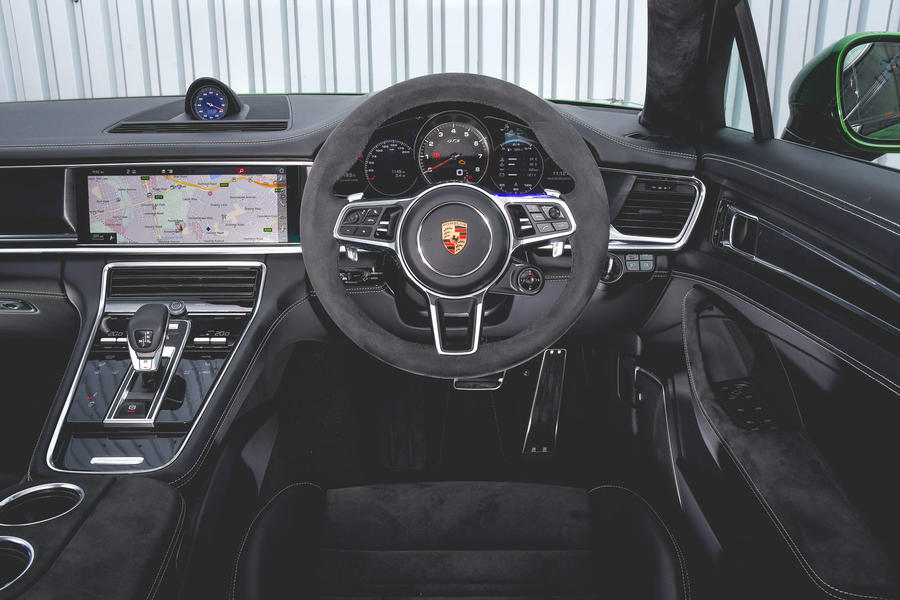 This time around, GTS isn’t obviously the standout version in the range like it has been on previous Porsches. The slightly stiffer set-up means the Panamera GTS is a car of neither true luxury nor truly engaging character, although it is easy to live with and seriously impressive.

We don’t suspect any other of these big super-saloons/hatchbacks/estates – not the Mercedes-AMG GT 4-door Coupé nor even the BMW M5 Competition – can quite do what the Panamera is capable of, so there’s merit to that alone. But both, and the AMG in particular, give back a bit more reward a bit more often. 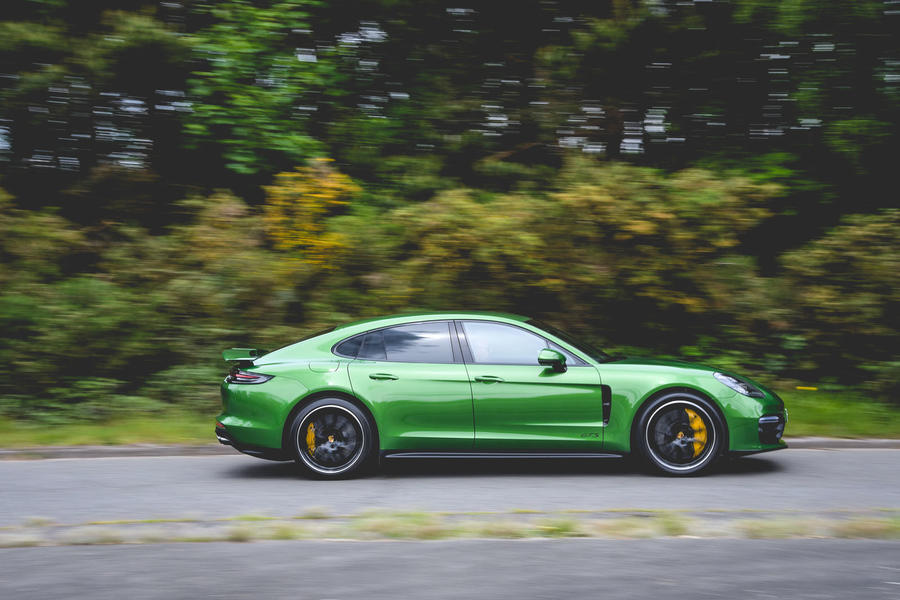 The 3rd photo. From the rear 3/4. It actually looks very fine.

Weve seen this before. If at first you don’t succeed...

The 3rd photo. From the rear 3/4. It actually looks very fine.

Weve seen this before. If at first you don’t succeed...

So what is a £63k panamera like? As that is at the top of the page so is the base price model I assume, is it going to be underwhelming or could it be real sweet spot in the range by doing everything the pricier models do but sacrificing a little in performance?