This big beast is the third-generation version of the Mercedes-Benz GLS, née GL.

Mercedes likes to think of it as the S-Class of its SUV range, and in terms of the sheer size of the thing, it would seem Stuttgart hasn’t skimped on the brief. At 5.21 metres, it may not be quite as long as, well, a real S-Class, but it’s easily the largest SUV to wear the three-pointed star, full-on G-Class (a comparatively tiny 4.6m) included.

Earlier this year, we drove the new GLS for the first time in Utah, where its fairly ginormous footprint was, understandably, not much of a problem. Now, though, the flagship SUV has touched down in the UK, and its chances of blending in to its surroundings have been significantly reduced. Still, with the Range Rover, Audi Q7 and (to a lesser extent) BMW X7 now a fairly common sight on our cramped roads, the GLS won’t exactly be alone in its endeavours.

This particular GLS is the 400d, which, in the grand scheme of obnoxiously large SUVs, at least uses a reasonably sensible engine. It’s a 2.9-litre six-cylinder diesel, paired with a nine-speed automatic transmission to deliver its 326bhp and 516lb ft to the road via all four wheels. Slightly less sensible options will arrive next year in the form of a six-cylinder petrol and an AMG GLS 63. No doubt the latter will cost roughly the same to run as a stately home. 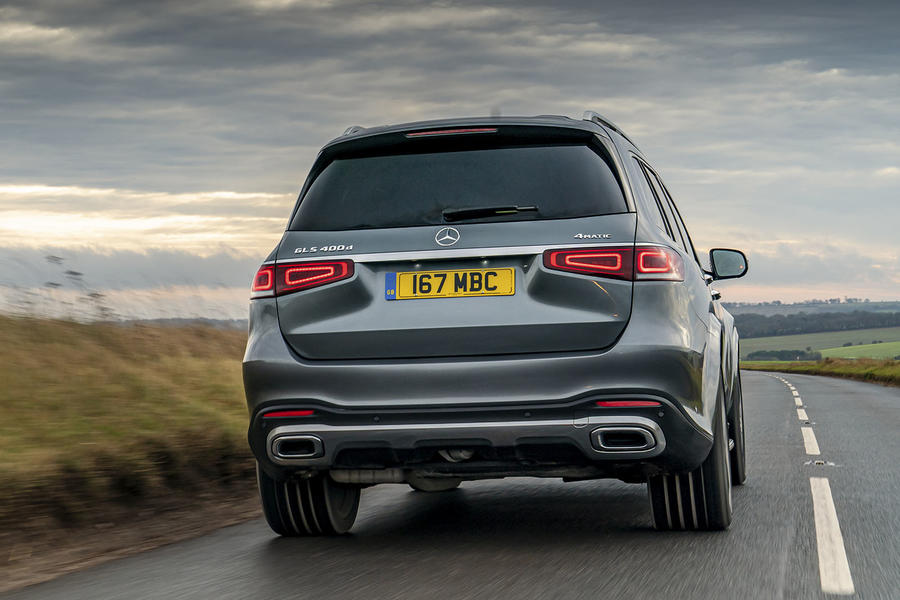 Truthfully, from a ride perspective, the GLS is a wee bit of a letdown. Well, when you pitch a car as the S-Class of SUVs, you’re potentially setting yourself up a fall.

On uneven, rough country roads, the GLS struggles to keep itself from jiggling and wobbling about. Perhaps this is down to the need for stiffer anti-roll bars to help keep its frankly massive 2.5-tonne body in check, but the heightened level of headtoss is nonetheless a source of frustration.

It makes a bit of a point of thumping over ruts and bumps, too. In any case, the X7 doesn't falter quite so much in this respect, although that might come down to the fact it comes on 21in alloy wheels, as opposed to the standard 22in set of the GLS.

Still, vertical body control over more uniform undulations is very good. There’s a pillowy softness to the way the GLS steams through compressions that, encouragingly, doesn’t then result in heightened float on the way back up again. It contains its mass reasonably well through corners, too, although you’re never going to forget that you’re at the wheel of a very, very big car.

Grip is good, if not exactly endless, but the manner in which the stability systems pitched in to correct the meandering front end on the slick, cold roads of our test route was impressively sympathetic. The steering, meanwhile, is accurate and sensibly weighted, and it has quite a nice sense of elasticity about it as you add on lock in Sport mode. Given that Sport also firms up the suspension, further compromising the ride (I’m not sure why you’d want to drive this car in a sporty manner anyway), the presence of configurable Individual mode is a welcome fallback.

Where the GLS really shines is in how it stops and goes. Here you see its S-Class aspirations shine through far more convincingly. Step-off is impressively smooth, the 2.9-litre six-cylinder's immense torque reserves allowing you to gracefully surge forward before its distantly muscular rumble gradually ebbs as you come off the throttle. It’s barely audible at a cruise, although the 22in alloys do generate slightly more road roar than you’d ideally like.

The brakes, meanwhile, are excellently calibrated. The pedal provides good feel, and its longer travel allows you build up resistence in a gradual, controlled fashion. 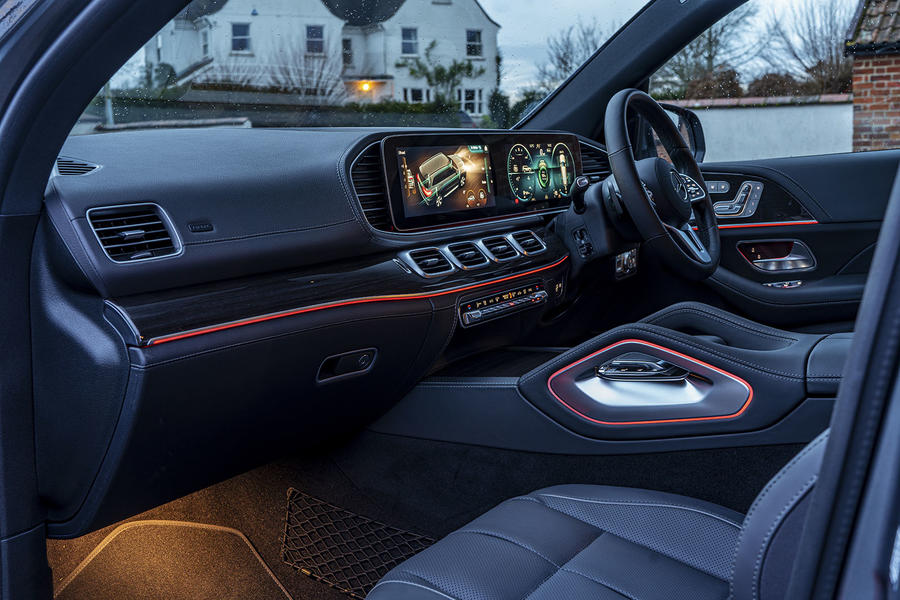 While the interior is undoubtedly a nice place to spend time, thanks to its rich assortment of leather and cool, polished metal surfacing, it somehow doesn’t quite feel as genuinely opulent as that of the Range Rover or X7. Maybe that’s because the GLS feels more like a scaled-up version of a GLE than a distinct entity, but then the X7 also falls into that trap with its X5 sibling. Horses for courses, perhaps.

Anyway, where the X7 genuinely does have the upper hand over the GLS is in its third row of seating. Whereas the BMW can genuinely fit seven reasonably sized adults in comfort, you’d struggle to fit anything larger than the average child in the very back of the Mercedes. Still, second-row space is impressively cavernous.

With prices starting at £75,040, the GLS is undercut by the X7 xDrive30d M Sport by a mere £225. And for some, that premium will be worth paying purely for the fact that BMW made a bit of a dog’s dinner of the X7’s styling. That said, the X7 is a more convincing steer in terms of its handling and ride refinement – and you don’t have to look at it while you’re driving it. 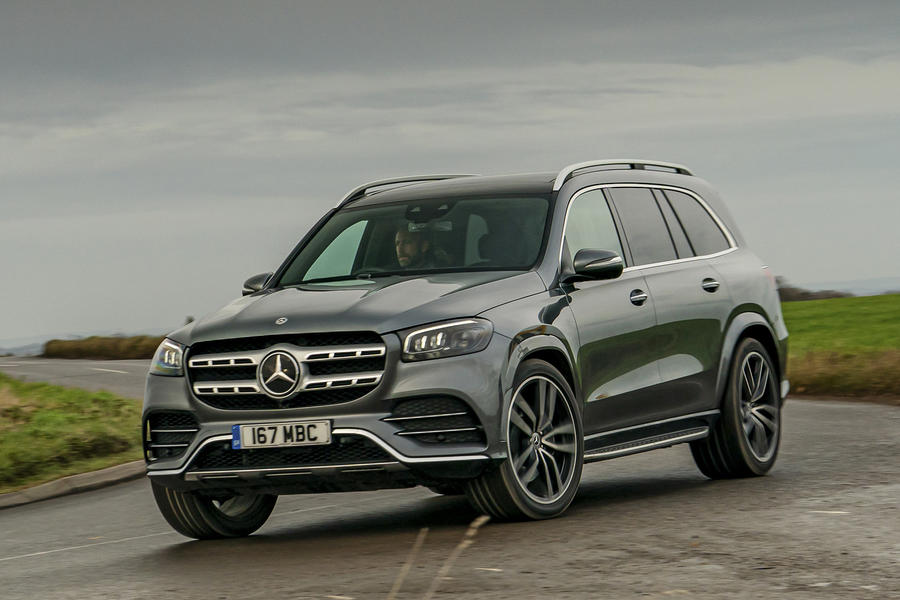 The car is a beast

This is not the S Class of SUVs, and there never will be. Get better at hiding your cub credentials :)