From £26,2207
Mercedes-Benz's small SUV gets a higher ride height and more equipment for 2017 to remain fresh in this ever-popular class
Open gallery
Close

Lovers of small, premium SUVs lend me your ears, for there is news to tell - and if UK car sales reports are anything to go buy, that should be quite a few ears. Indeed, if you were heading out (physically or digitally) to buy a Mercedes-Benz GLA this weekend, it might be worth holding off, because there's an updated one just around the corner.

The 200 d we're driving has traditionally been the best-seller and should continue to be so, with official fuel economy of 67.3mpg and CO2 emissions of 110g/km, albeit in front-wheel-drive form.

Mercedes-Benz's strong brand image and the GLA's sleek looks have thus far ensured decent sales, but it's true that the GLA's ride comfort and general refinement have been unbefitting of its badge. So, the question is, has this new model closed in on its rivals, the Audi Q3 and BMW X1, in these regards? 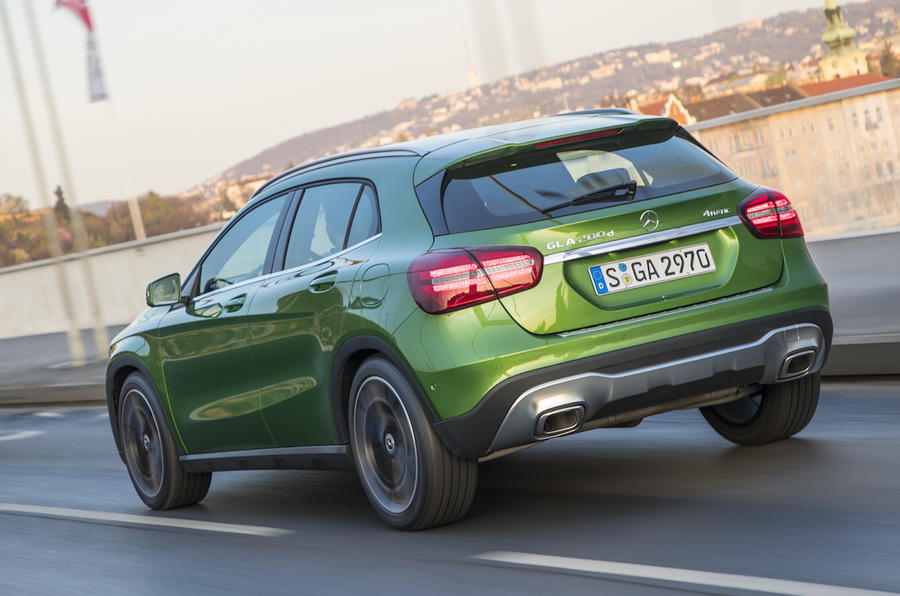 To drive? Well, this won't seem the most professional start to an Autocar review, but we're not 100% sure. You see, while every UK GLA will come with that 30mm-raised suspension (aside from the GLA 45 which gets an AMG-specific sports set-up), none of the test cars available to drive had it fitted. They did, however, have adjustable dampers (£595), although those will only be available on cars in AMG Line trim. Still with me?

As such, our 200 d rode much the same as the old car did on lower adaptive Comfort suspension, which is to say, not particularly well. Even without the extra height in place, our GLA felt vertically loose over crests and into dips in Comfort driving mode, and although it was better controlled in Sport mode, it suffered a more fidgety secondary ride as a trade-off.

Comfort mode also makes the steering too light, while Sport gives it too much resistance - neither communicates anything of much use back to the driver. There are certainly high lateral grip levels, and our 4Matic four-wheel-drive car showed decent wet-weather traction, but the GLA never feels eager to change direction or comfortable being hustled through bends. Of course, we'll have to wait until we drive a UK-spec car before we can confirm if any of this improves. 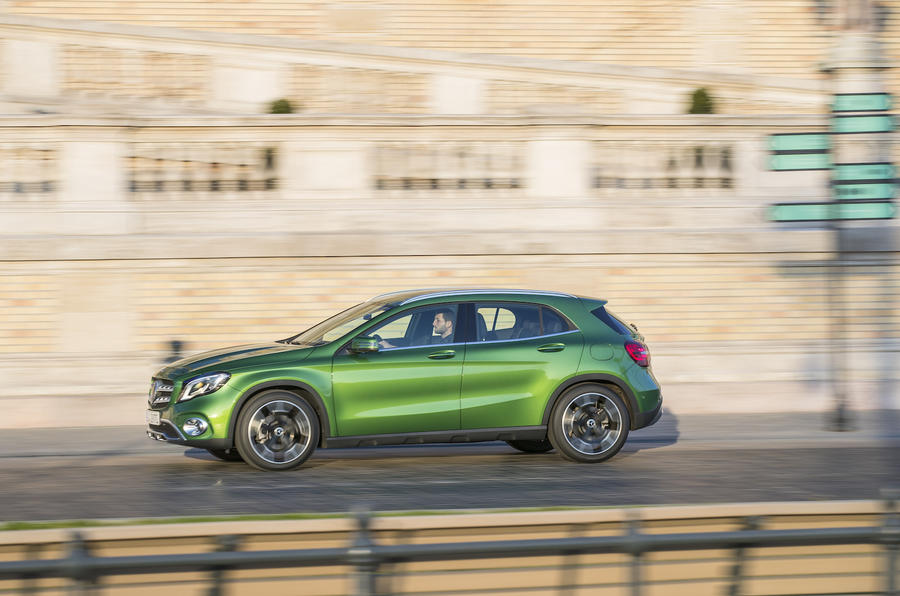 Something we can say for certain, however, is that Mercedes-Benz's 200 2.1-litre diesel engine, despite being a little long in the tooth, doesn't want for performance. It's not outright quick, but that seems reasonable given its agreeable fuel economy figures and that it wakes up below 1500rpm and stays willing over a usefully wide rev band. That its seven-speed gearbox is a good companion helps, too. Less acceptable is the amount of noise and vibration it generates at high revs, which frustrates, as does the noticeable wind and road noise at speed.

Despite Mercedes-Benz's best efforts to lift the GLA's interior with extra chrome trim, it's hard to argue that quality is on a par with that of the Audi Q3. The GLA's interior is now more interestingly styled and quirkier to look at, yes, but overall the plastics look and feel consistently cheaper than the Q3's. However, Mercedes-Benz's colour infotainment system, which is on a 7.0in screen at entry-level SE trim and 8.0in beyond, is far more competitive, featuring crisp graphics, simple menus and the intuitive Apple CarPlay and Android Auto.

With no changes in the GLA's dimensions, interior space continues to fall short of rivals', too. Both the Audi Q3 and BMW X1 provide more knee room for adults in the rear seats, and the GLA doesn't feature any clever sliding or reclining rear seats. Its on-paper boot space is much stronger, even if there's a pronounced loading lip to heave heavy bags over and a relatively narrow opening to negotiate. 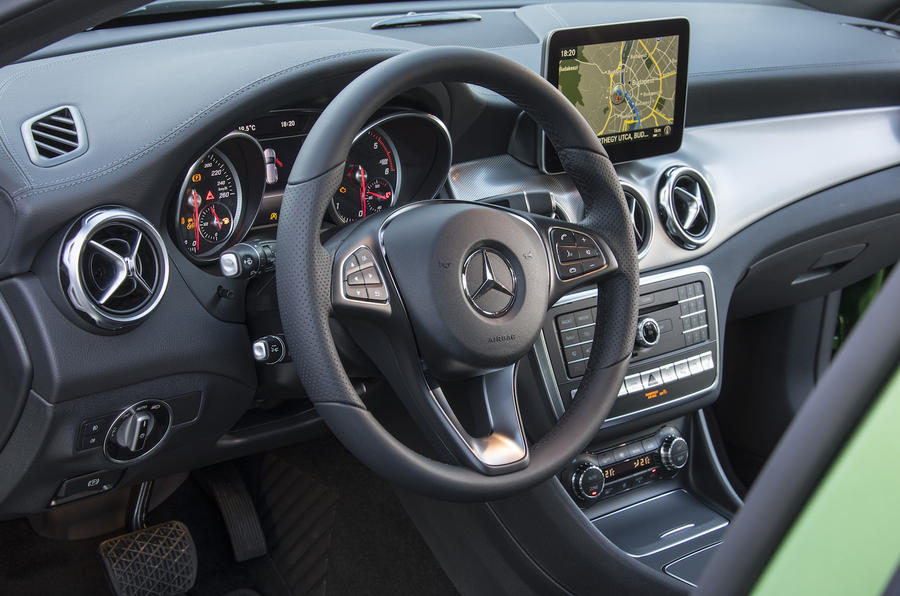 If you must buy a GLA, then the 200 d is the model that makes the most sense. It's sensibly priced, flexible enough and nicely frugal, although there's better value to be had further down the trim structure than AMG Line, with generous standard equipment and solid infotainment across the board.

But, if you simply want a premium small SUV - which for so many car buyers in 2017 it must be - this facelift has failed to warrant the GLA appearing higher up any test drive list. Unless its sleek styling and Mercedes-Benz's traditionally competitive finance are enough to convince you otherwise, the GLA is far from the best handling or riding car in its class, its interior quality is outdone and those after family-car space and practicality will probably be better off elsewhere.

Great colour, they should use it to paint some cars with and bin this repulsive jeep.
Michael King 12 April 2017

Recommend diesel models to Londoners Mancunians and some other citizens in the U.K. These days
Michael King 12 April 2017

Recommend diesel models to Londoners Mancunians and some other citizens in the U.K. These days
View all comments (12)