From £32,4207
Practicality boost welcome over the regular CLA, as is the powerful and subdued diesel, but the numb handling and unresolved ride remain
Open gallery
Close

The Mercedes CLA Shooting Brake is something of an oddity. Despite being the closest thing to an Mercedes-Benz A-Class estate, it eschews the square back of a regular wagon for a far more curvaceous posterior.

It’s a recipe that’s been copied in the compact class only by the Kia Proceed, making the pricier CLA Shooting Brake a unique proposition at the premium end of the class.

We’ve already sampled the second-generation Shooting Brake in hot AMG 35 guise, but here we’re focussing on the regular 220d. At the moment at least, this 2.0-litre 187bhp turbodiesel is only available with front-wheel drive. Should you want the traction advantages of four-wheel drive, you’ll need one of the AMGs. 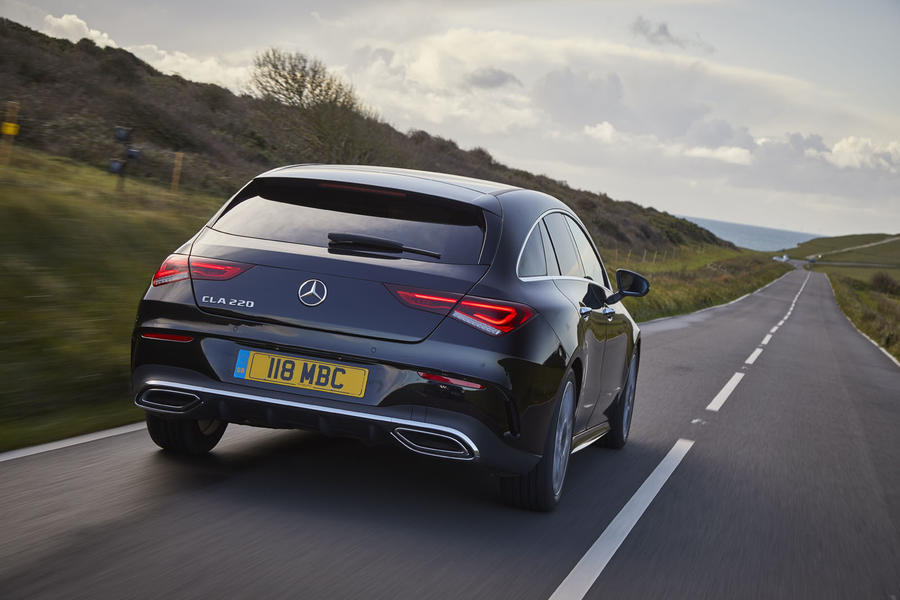 In 2.0-litre diesel guise, the CLA 220d is impressively refined and a far cry from the clattery old 2.1-litre of the first generation car. Instead, the new car hides its thirst for the black pump well, with the engine proving impressively hushed when trundling and avoids sounding industrial when revved out.

Mercedes claims a 7.2sec 0-62mph time for the 220d, but it’s the engine’s low-rev flexibility that really impresses, making this an effortless mile-muncher. Not only is it brisk, we saw over 50mpg on a long route while driving sensibly. That’s thanks in part to the standard eight-speed dual-clutch automatic gearbox that shifts smoothly and swiftly between gears and drops engine revs nice and low at a cruise.

Like the Coupe the Shooting Brake handles tidily enough, with reasonable grip levels and a decent amount of agility. It is however fine rather than fun; the steering is numb, body control loose at times and at no point would you call it entertaining. Although it might not have a handy hatchback, a BMW 2 Series Gran Coupe is more enjoyable to drive.

The ride is at least comfortable for the most part, with a relaxed gait on the motorway. Churned up country roads do reveal a slightly bouncy, under-damped nature that introduces a surprising amount of head toss for such a low car. An M Sport equipped 2 Series Gran Coupe is undoubtedly firmer, but controls its body movements far more adroitly, especially over longer stretches of patchy tarmac.

Front space is unchanged over the regular CLA so there’s plenty of head and leg room on offer. Even base AMG Line Shooting Brakes get a big 10.3in touchscreen for infotainment that can also be controlled via touchpads on the steering wheel and between the seats. These can be fiddly at first, but you can control a surprising amount from the steering wheel once you get used to it. BMW’s iDrive is easier to get to grips with and navigate, though. The interior looks flashy and has some nice materials, but it’s a bit flimsy in places, unlike the higher quality 2 Series Gran Coupe.

Move to the rear, and you’ll find a little bit more head room than the regular CLA but no more leg room. You certainly wouldn’t call space generous, but at least taller adults won’t be wedged against the roof as they often are in other compact four-door coupes.

Of course, the boot is a fair bit bigger than the CLA Coupe. Indeed, at 505 litres, it actually has a greater capacity than the more expensive Mercedes-Benz C-Class estate. Unfortunately, the shapely rear lights cut into the tailgate leaving you with a narrow, high aperture with a big loading lip to hump luggage over. 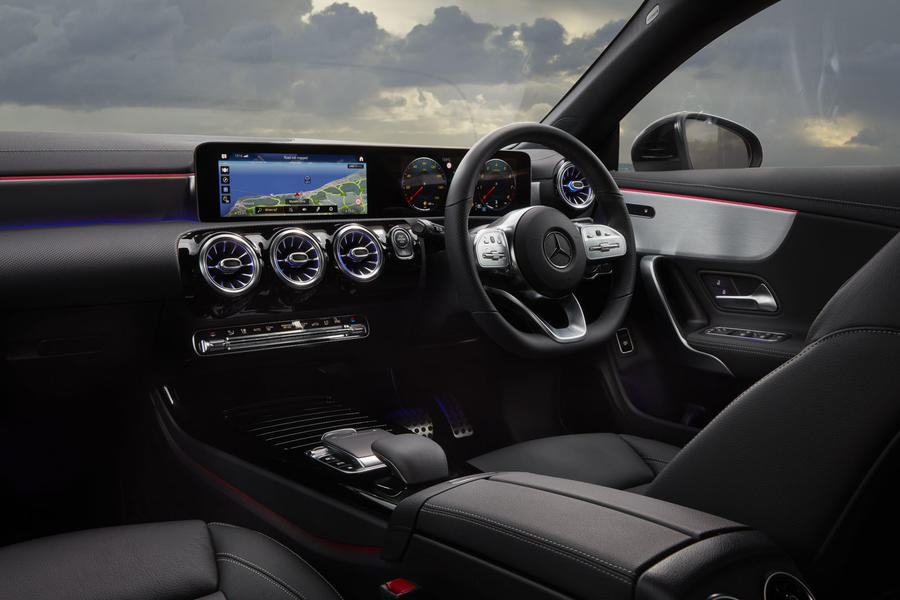 With Shooting Brake prices starting at £1000 more than the Coupe, we can certainly see the appeal if you like the CLA, but need a little more practicality. But while the 2.0-litre diesel impresses, it shares the same underdamped and unengaging feel of the regular CLA.

For that reason, we’d suggest stretching to the more sensibly suited BMW 3 Series Touring. It doesn’t look quite so glamorous, but it’s more enjoyable to drive and more practical to boot. 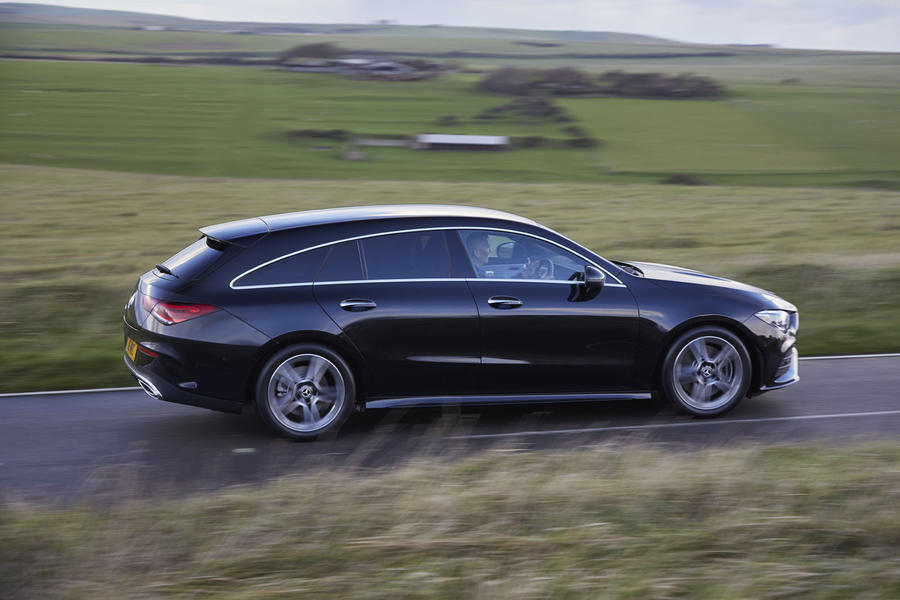 Mercedes aims the A class

Mercedes aims the A class range at younger customers who presumbly don't place ride comfort high on their list of priorities.

Even the interior is specific to A class models. It lacks the understated elegance of the bigger MB saloons. The baroque 'turbine' ornamental air vents look particularly ghastly and out of place.

This is a great looking car...and practical....

....and a great interior.   I find it difficult to believe that it rides badly...really?

Mercedes service is terrible though.

A BMW 3 series is very old hat by comparison.