Another day, another Mazda MX-5 special edition. Since the fourth-generation roadster went on sale in 2015, we’ve been treated to a range of limited-run versions of the convertible. There was the Icon, the Sport Recaro and the Arctic - all of which added their own styling tweaks to the MX-5’s already pretty design.

Now there’s this: the Z-Sport, which, erm, adds its own styling tweaks to the MX-5’s already pretty design. Limited to just 300 examples - all of which will be sold exclusively in the UK - the Z-Sport went on sale at the beginning of March.

Despite only being on sale for such a short amount of time, it’s not even the latest special edition you can buy, since the Japanese manufacturer announced the MX-5 RF Sport Black only last week. We’ll probably have another two or three limited-run variants by the end of the year. Probably.

Well, in addition to the Sport Nav car’s generous standard spec that includes satellite navigation, a Bose audio system, cruise control, climate control and more, what you’re really paying for are those snazzy 17in black BBS alloy wheels, the cherry red fabric roof and some Z-Sport badging inside.

You also get Machine Grey metallic paint and sand leather seats as standard; these are usually £670 and £200 options respectively. Nice. 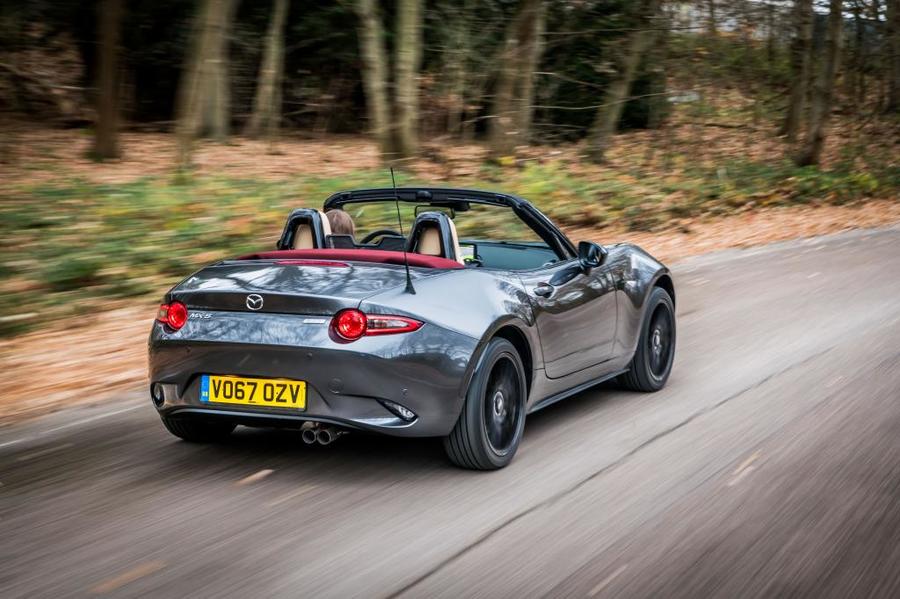 Well, because the changes made to this special edition are purely cosmetic, driving the Z-Sport is the same as driving the regular 2.0-litre car on which it’s based.

It retains the Sport Nav’s uprated sports suspension with Bilstein dampers and strut brace, so the ride can be a touch firm for properly comfortable long-distance driving, but the payoff is a car that is even more balanced and poised through the bends. The relatively light steering set-up is on the quick side of things - requiring only 2.6 turns to rotate the wheel from lock to lock - and lends the MX-5 a front end that responds keenly to your inputs.

There’s grip, but not so much that you can be daft with your entry speeds in to a corner or with the application of throttle on the way out; an overzealous right foot here will cause the MX-5 to step out of line. When it does let go, though, it does so in a controlled and manageable fashion that’s simple enough to tidy up again.

No changes have been made to the MX-5’s 2.0-litre SkyActiv-G petrol power plant, meaning it still develops the same 158bhp at 6000rpm, while all of its 148lb ft of torque is available at a heady 4600rpm - a result of its naturally aspirated configuration. That the MX-5’s peak torque is available so high up the rev band is a welcome trait, because it gives you an excuse to further engage with Mazda’s excellent six-speed manual transmission to keep the crank spinning at its optimal level. It’s short of throw and has a clean, precise shift quality that’s one of the MX-5’s most endearing features.

The engine itself has an effervescent quality, responding keenly to even the slightest blip of the throttle in neutral. It’s refreshingly mechanical in its timbre at the lower reaches of its rev band and becomes increasingly raucous as you push on towards the redline. It certainly doesn’t make the MX-5 a massively fast roadster - the sprint from 0-62mph takes 7.3sec - but given the MX-5’s compact dimensions and relatively low driving position, it’s certainly enough to provide the illusion of speed.

Speaking of compact dimensions, this also means there’s little in the way of storage space in the MX-5’s cabin, save from a couple of cupholders and a small storage compartment in-between the seats. The driver and passenger sit relatively close together, although not claustrophobically so, and there’s a fairly reasonable amount of adjustability in the steering column and seats.

However, taller passengers will find the MX-5 particularly cramped with the fabric roof in place. Boot space is limited, with the 130-litre compartment only capable of holding a couple of soft weekend bags before you need to squeeze things in. 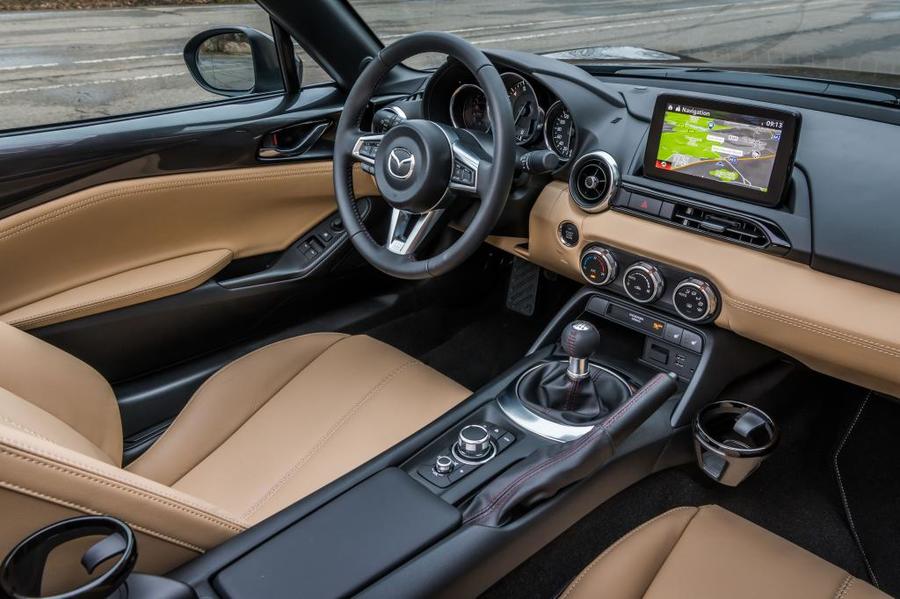 That really depends on how much value you place on the additional trinketry that comes as part of the Z-Sport package. To drive, it’s no different from the standard Sport Nav model - so if you can do without the BBS alloy wheels and cherry red fabric roof, you might find that you’d be happy to pocket that extra £1200 or so and stick with the standard model.

If, however, you quite fancy the idea of a limited-run MX-5, it’s worth considering that the Z-Sport is forecast to retain more of its value than the Sport Nav model - although only by a few percentage points. Over 36 months of ownership and 36,000 miles, our experts predict the Z-Sport will be worth 47% of what it was when new, while the Sport Nav will sit at 45%.

It all comes down to personal preference, then. Well, personal preference and the fact that there are only 300 Z-Sports available. So if you’ve decided you’d rather fancy one, you’d better get cracking - otherwise your decision might be made for you. 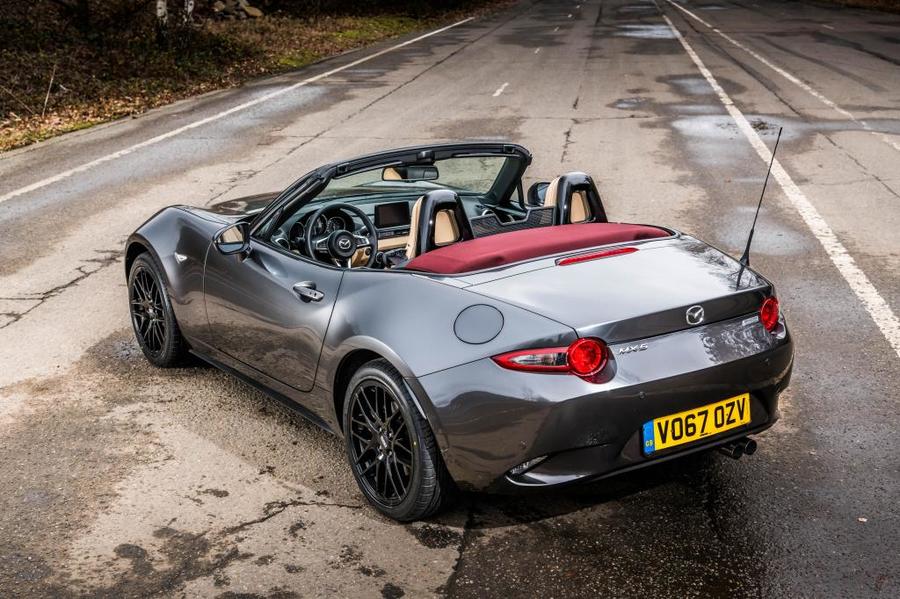 I'd stick with a standard or

I'd stick with a standard or go for an RF, I dont like the wheels, they look dated.

Speak to BBR about that

although I agree, it’s a pitty that Mazda always leave us wanting that bit more from the standard car.