The price is rather startling, but in Mazda’s defence, this is a top-spec 2.0-litre GT Sport Tech, and you can have a 1.5-litre car for ‘just’ £24,775. It’s a mark more of how bonkers car prices have got in general than of any particular greediness on Mazda’s part.

The MX-5 is still a unique offering in the new car market: a sensibly sized, two-seat sports car with a naturally aspirated engine, a manual gearbox, a limited-slip differential and rear-wheel drive that’s vaguely affordable. The Toyota GR86 should do the same when it arrives later this year, but you can’t take the roof off that one.

The reason we’re driving an MX-5 again, other than to remind ourselves that it’s brilliant (spoiler alert), is that Mazda tends to do model-year updates in addition to the occasional sweeping facelift. New for 2022 is Platinum Quartz Metallic paint, a sort of metallic champagne. Helpfully, Mazda sent us a Polymetal Grey one.

The MX-5 has also gained Kinematic Posture Control. This is essentially mild torque-vectoring by braking that supposedly also reduces body roll. Without driving this MX-5 back to back with an older one, it’s hard to tell if it actually does. Even this high-spec model on its sports suspension with Bilstein dampers rolls more than you might expect from a modern sports car. 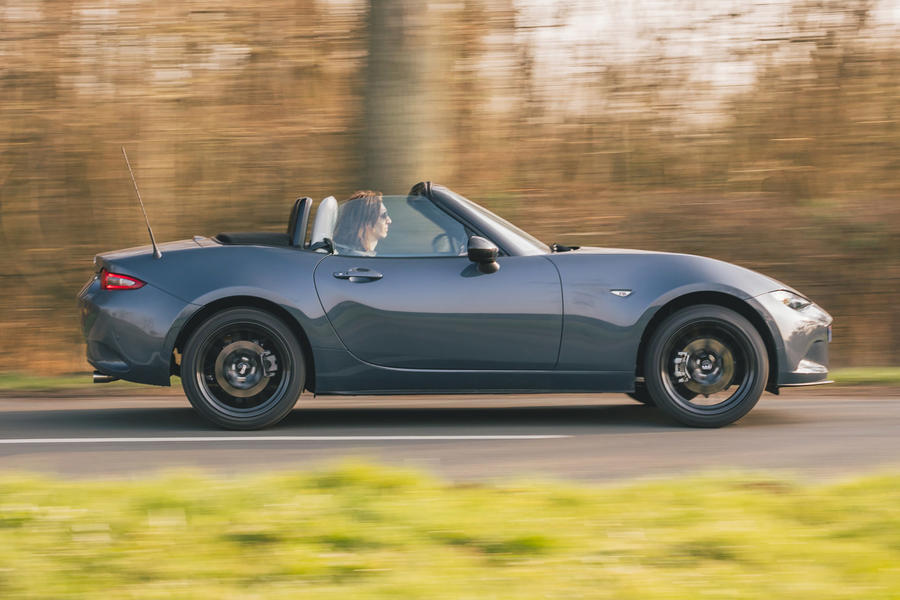 If that bothers you, there’s no shortage of companies offering stiffer springs, anti-roll bars and just about anything else you might want to tweak on your MX-5. The body movement adds to the delightfully old-school vibe, though. No car at this price point is as interactive as the MX-5, with feelsome steering, a manual ‘box that snicks through the gears and the option of delicious little slides on the exit of tight corners.

The low driving position and long bonnet are an event every time, and if you like open-air motoring, the manual hood, which you can put up or down in less than 10 seconds, is a perfect example of 'less is more'. For around £2000 extra, the Mazda MX-5 RF still provides a metal folding roof.

You don’t need to suffer for your driving fun in an MX-5, either. By and large it’s comfortable, it does 42mpg on a cruise and Mazda’s multimedia system is slick enough and has Apple CarPlay and Android Auto, although it is quite annoying that the touchscreen stops working when the car is moving. 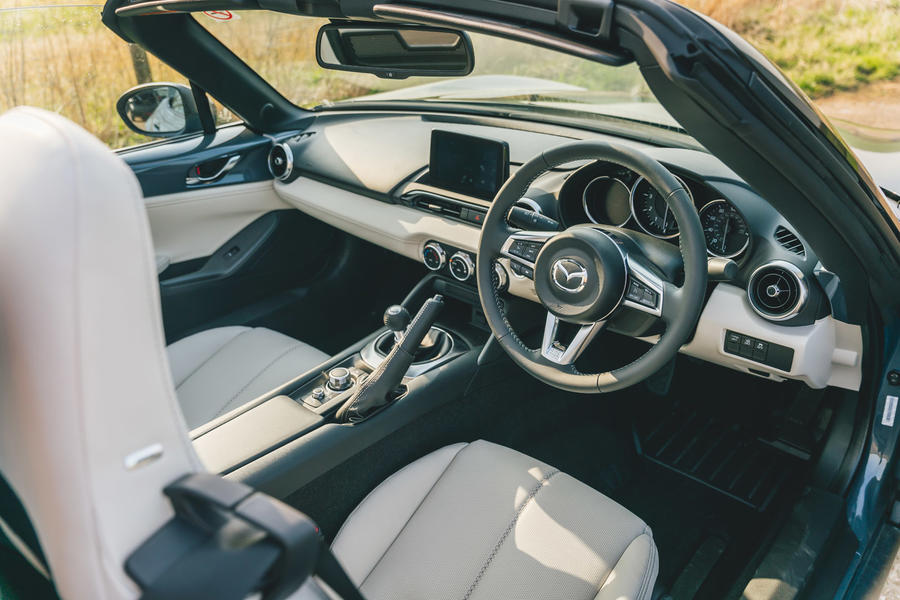 Is this the perfect sports car? Of course not. The £80,000 premium you'll pay for a Porsche 718 Cayman GT4 RS isn't just spunked on carbonfibre winglets. On a bumpy road, you can feel plenty of shimmies and shudders as the MX-5's roofless body flexes, which also introduces a certain amount of imprecision to the steering. The engine is purposeful and willing but hardly sonorous. And while the interior still looks lovely, it's hard and scratchy.

The MX-5 still put a huge smile on my face every time I drove it, which only grew on a twisty road. Mazda hasn’t made any dramatic improvements for 2022, nor did it need to. It's still a brilliant fun car. 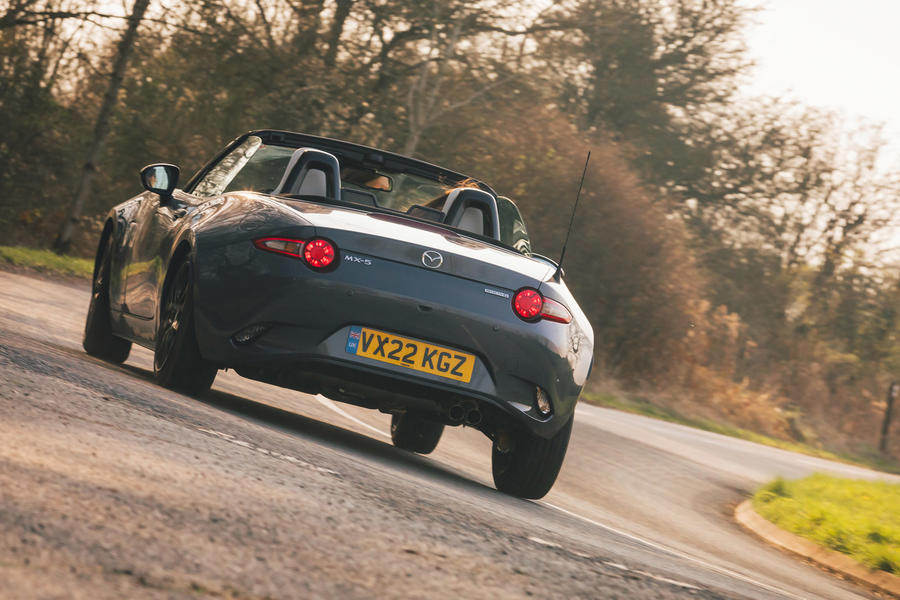 The perfect sports car?  Perhaps not, but the closest any manufacturer has come to perfection.  Great value, too!  A fraction of the price of even the nearest competitor.

My own brand new MX-5 was a huge disappointment and the most poorly made / unreliable car I've ever owned, in addition to the worst customer service experience ever.

I'm sure there are some people out there that had good ones, but I did not, and neither did quite a few others I've spoken to. Open top motoring on the right road can make some people forgive a lot.

My own brand new MX-5 was a huge disappointment and the most poorly made / unreliable car I've ever owned, in addition to the worst customer service experience ever.

Alas, has Autocar become 'bonkers' and 'spunked' it's reputuation as these myriad anomolies are oft noted by readers yet, it would appear, never resolved?