From £97,7957
Maserati's new Grancabrio Sport is a desirable car in its own right, but can it keep up with its rivals?
Open gallery
Close

A final throw of the dice for Maserati’s venerable Grancabrio convertible, one intended to sharpen its appeal until its long-awaited replacement finally arrives. Like its Granturismo sister, the Grancabrio has been given a very mild redesign plus specification tweaks, including the arrival of a touchscreen infotainment system. The range has also been simplified to just two variants: the entry-level Sport, priced at £107,200 on-the-road and the supposedly more dynamically focused MC, whose £115,245 price tag makes it the most expensive model in Maserati’s current line-up.

Both now use the same 453hp 4.7-litre version of Maserati’s long-serving naturally aspirated V8 and drive their rear wheels through a six-speed ZF automatic gearbox; Maserati admits that moving to the more advanced eight-speeder was outside the scope of this modest facelift. 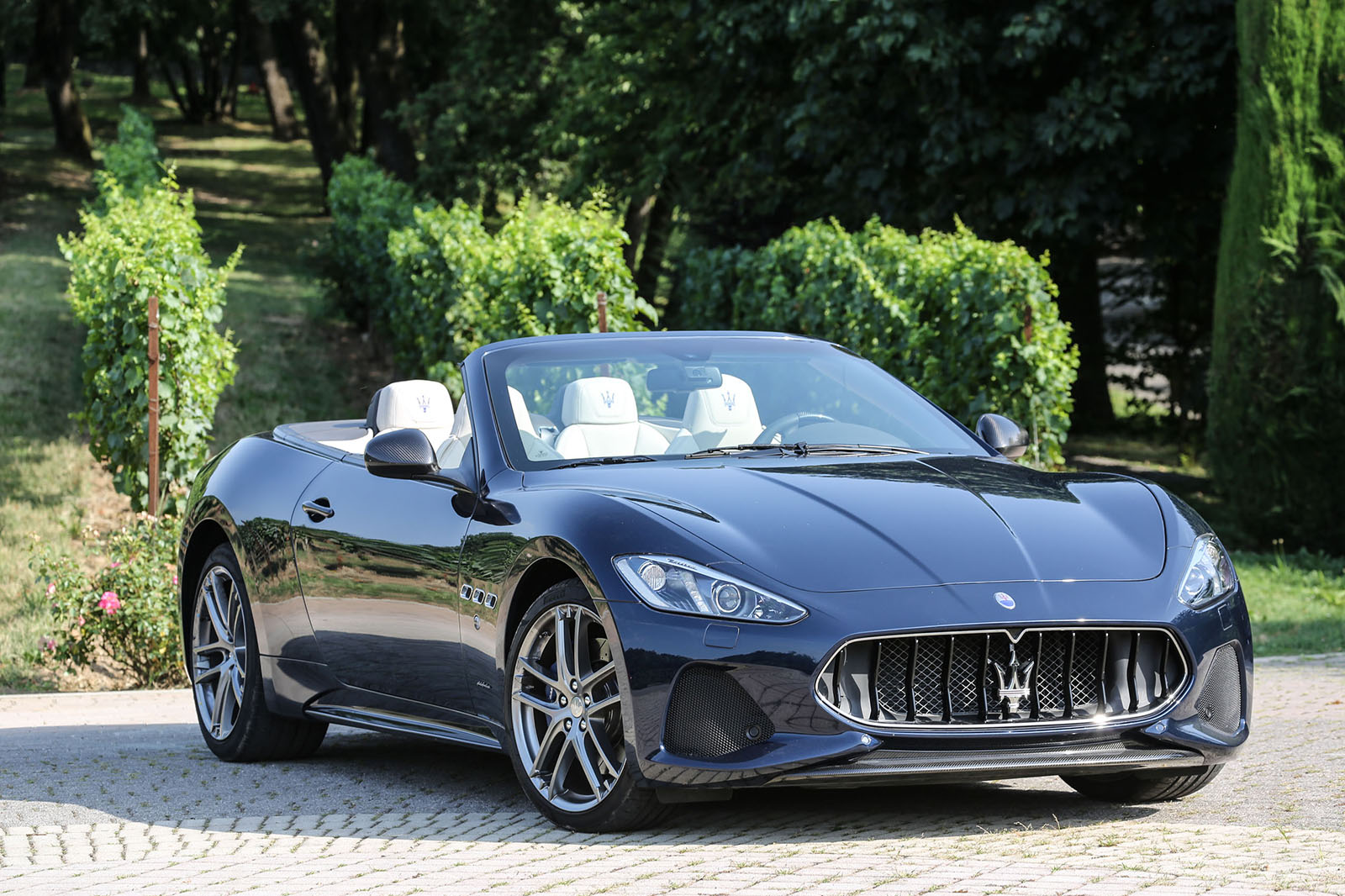 Good news for frugal Maserati enthusiasts – driving both variants of Grancabrio back to back proves that the cheaper Sport is the more compelling option. The MC’s aggressive suspension, which uses fixed-rate dampers, gives the car a sometimes uncomfortably firm-edged ride and also exposes the open-topped body’s lack of torsional rigidity more acutely. The Sport still uses Skyhook variable shocks, which stay more pliant even when in their firmer mode; body flex is still evident over rougher surfaces, but with much less of the wet dog juddering of the MC.

Nor do you lose much else by picking the Sport, which doesn’t lose any significant equipment over the MC. The more expensive car gets a carbonfibre bonnet which shaves 7kg from the Sport’s official kerb weight, and which accounts for Maserati’s claimed 0.1-second faster 0-62mph time and 2mph higher top speed. I defy anyone to detect the difference in real world use. And although the Sport doesn’t get the MC’s sports exhaust, it still sounds more than good enough, especially with the roof down and driven in proximity to an acoustically reflective surface.

While most of its rivals are either two-seaters or offer no more than purely nominal rear seat space, the Grancabrio is capable of accommodating more than just small children in the back. The upright angle of the rear seat cushion isn’t very comfortable, and there’s not much ankle room under the front seats, but many adults would be prepared to squeeze themselves there for the novelty of a ride in an open-topped Maser. There is a downside, though: the need to accommodate the folded roof behind the rear seats means the boot is tiny. Just 173 litres makes this one of very few cars to make the Jaguar F-Type’s luggage accommodation look generous. 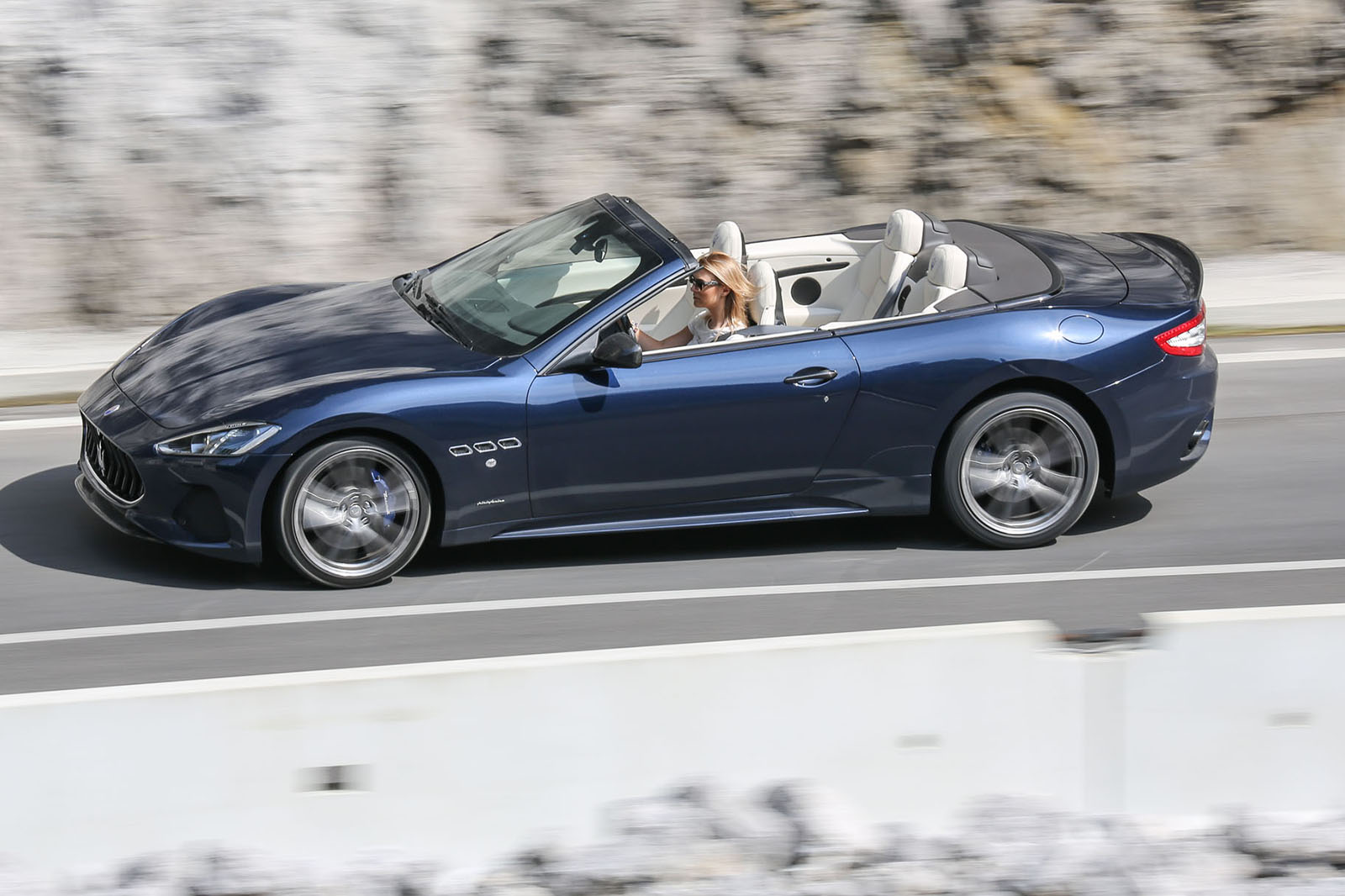 Dynamically, the Grancabrio’s most significant problem remains its weight. Structural reinforcement and the weight of the soft-top and its associated mechanism add 100kg over the not exactly svelte Granturismo, taking the Sport’s official mass to 1980kg. That really takes the edge off the handling, making the Grancabrio more reluctant to turn in and engendering a surprising amount of understeer at lower speeds. You quickly learn to drive around it, adapting to the more laid-back pace the car is happiest with, with reduced corner entry speeds giving more chance to extend the glorious sounding V8. But it does knock the Grancabrio’s desire to be taken seriously as a sports car.

The extra mass also works against the engine and its lack of low-down punch. The Ferrari-built V8 uses a flat-plane crank and sounds superb from idle speed upwards, but doesn’t start to really pull hard until the needle of the rev counter has passed the ‘4’ mark. Requests for hard acceleration mean either waiting for the not especially sharp-witted gearbox to shed several ratios, or downshifting yourself using the manual override. For anyone coming from the whizz-bang performance of a turbocharged rival, the Maserati’s old-fashioned way of doing things will take some getting used to. That and the sub-15mpg fuel consumption that comes with rapid progress. 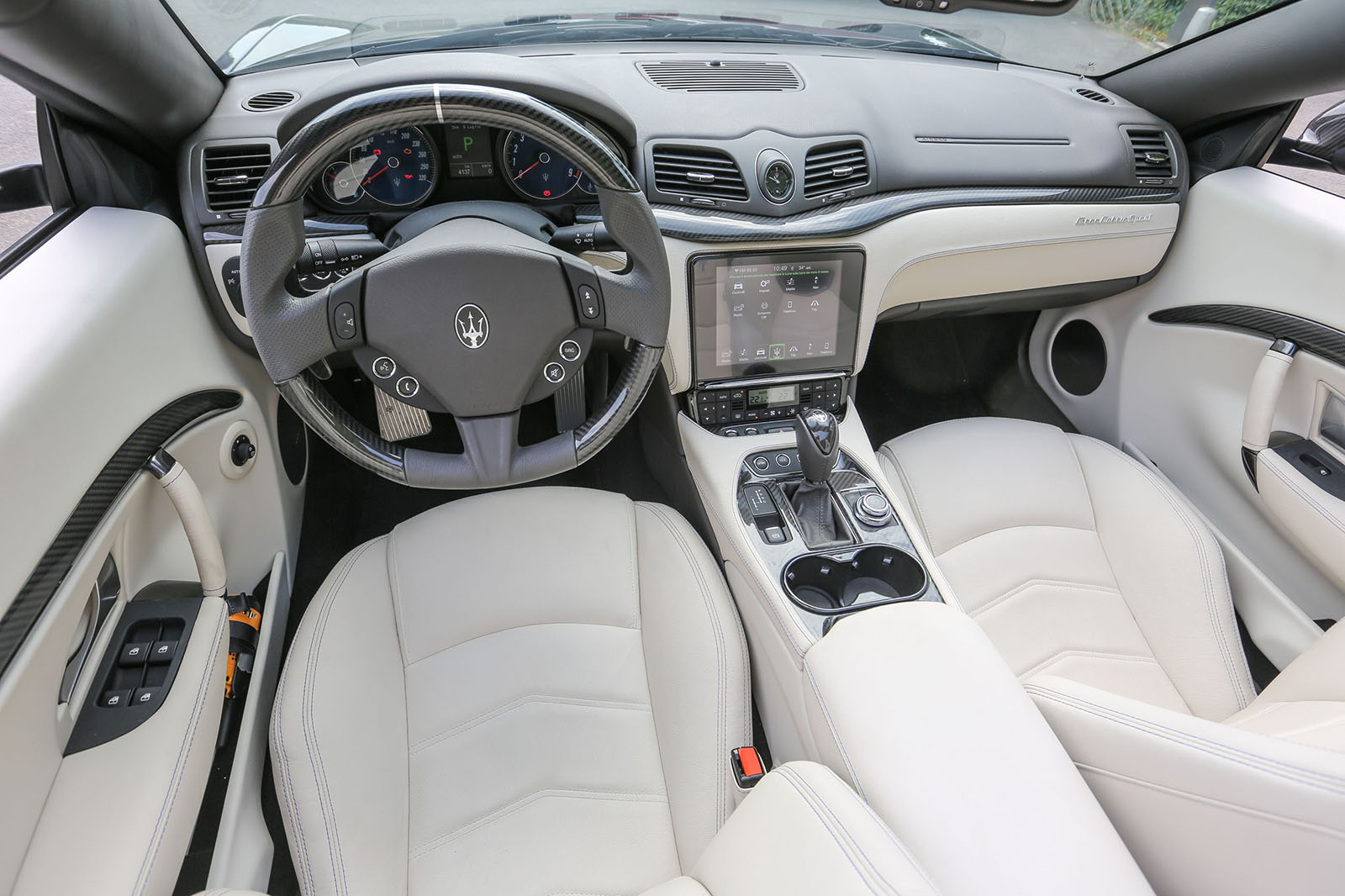 The Grancabrio remains a hugely desirable car, but one that struggles to justify itself against more modern rivals when rational criteria are employed. It’s appeal remains rooted in its combination of handsome design and an impressive level of passenger-carrying practicality, unlike almost all of its rivals it can be considered a true four-seater. But in dynamic terms it is lagging increasingly far behind the rest of its fast-moving segment. We’ll miss it when it’s gone, but replacement feels overdue.

Maybe it doesn't compare well with some more modern rivals, but just look at it. Emotional connection with a car is worth something, and some turbocharged rivals are fast but also soulless and just a little bit dull. I'm glad this car still exists.

Not a flat-plane crank