This is it, then – but not really. The new Lamborghini Aventador LP780-4 Ultimae is the last version ever to use 12-cylinder power alone, but it won’t be the last time we see an almighty V12 in the bowels of something hand-made in Sant’Agata. The Aventador’s imminent successor will also be V12-fired, with electric aid but crucially still no turbos. So this is an end but also a beginning.

Instead of dwelling on the demise of the purely V12 Lamborghini, whose time, you could reasonably argue, has well and truly come, let’s therefore focus on exactly how a car as momentous as the Aventador is bowing out. Momentous because it was such an epic statement of intent when it arrived in 690bhp LP700-4 form in 2011, when CEO Stephan Winkelmann described it as not simply one generation on from the Murciélago but effectively two. Dramatically improved ergonomics, a super-stiff carbonfibre monocoque to replace the steel lattice frame and an all-new, lower-slung (being dry-sumped)  V12 all saw to that.

And momentous even now because the £345,000 Ultimae is no cynical run-out special, as it could have been. Mixing the best bits of the recent line-up, this is the most compelling Aventador of all and one of the great V12 Lambos, and it starts in the engine bay. Betrayed by the big-bore exhaust tips, which erupt high (although, ridiculously, still only at knee height) through the open-worked rear, and bronze cam covers, this car’s 6.5-litre heart is a transplant from the Aventador SVJ, only with even more firepower. All 769bhp is offered at 8500rpm, a scant 200rpm before the redline demands a reload. 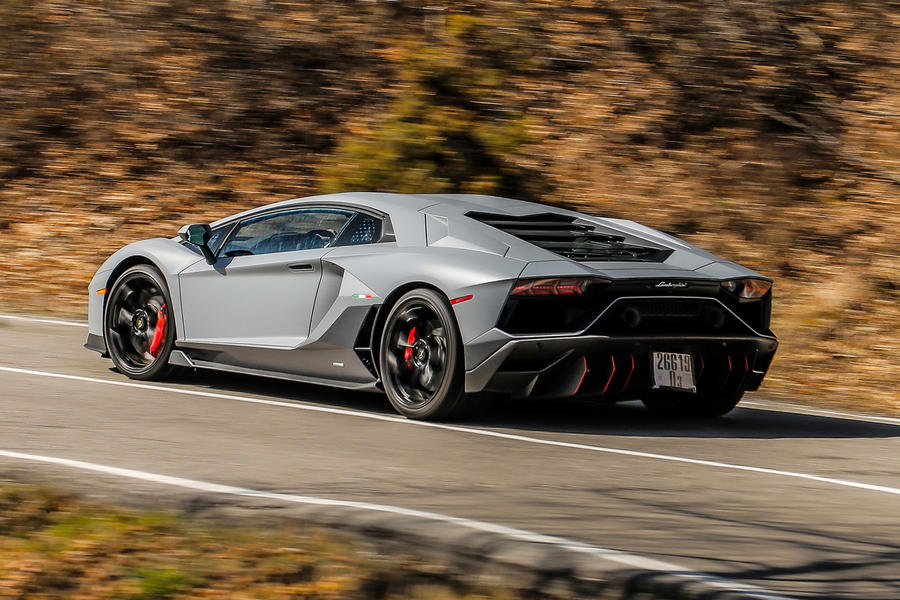 What ensues is ballistic performance for something so large: 62mph goes by in 2.8sec and the claim is 221mph flat out, making this the fastest Lambo we’ve yet seen.

The chassis is essentially straight Aventador S, although the Ultimae weighs 25kg less than that car, probably due to the new exhaust, the titanium in the SVJ engine and the reduced, Centenario-style rear bodywork and associated diffuser. Heavily rear-biased four-wheel drive (with the front axle engaged via a Haldex clutch pack only when necessary) and four-wheel steering both feature. So does the ISR gearbox that dates the Aventador more painfully than anything else, with the possible exception of the Audi-sourced infotainment switchgear.

How does the Ultimae feel? Much like the S, only subtly sharper – and faster. Yes, clearly the S already has more shove than any right-minded person knows what to do with, but on an empty straight during our test drive in the Modenese hills, with the Ultimae already pulling at an obscene rate, I was shocked to discover just how much pedal travel remained. This SVJ-lite is bewilderingly rapid beyond 6000rpm – perhaps even more so now in terms of perception, because the uncorrupted engine seems so mechanically raw and rich compared with turbo alternatives. The same applies to the artificially sharp throttle response you get from strong electric aid, as in the Ferrari SF90 Stradale. In the Ultimae it’s just you, and the oversquare V12 bellows at your back.

Upshifts aren’t so compelling, mind. It’s not simply the time the ISR takes to find another cog – if anything, that adds to the drama. It’s the way the car’s centre of mass barrels forth with every interruption in the torque flow. It breaks rhythm and saps confidence. Frankly, the likely dual-clutch gearbox of the Aventador’s successor can’t arrive soon enough. Its potential to close the dynamic gap that rivals have opened up depends on it, along with more prosaic elements, like better seats.

That said, I enjoyed the Ultimae’s handling more than I had expected. Lambo needs to work out a way to get its next flagship to shrink around the driver more readily, but the Ultimae is more approachable than the S and certainly the SVJ. Slightly more rear-flavoured in its cornering balance, too, to go with the fine, naturally weighted steering, supple ride and bully-ability of the chassis, once you're comfortable with the size of the thing. Still, a 720S beats the Aventador hands-down in every area other than powertrain (in which it gets thrashed by the Italian). 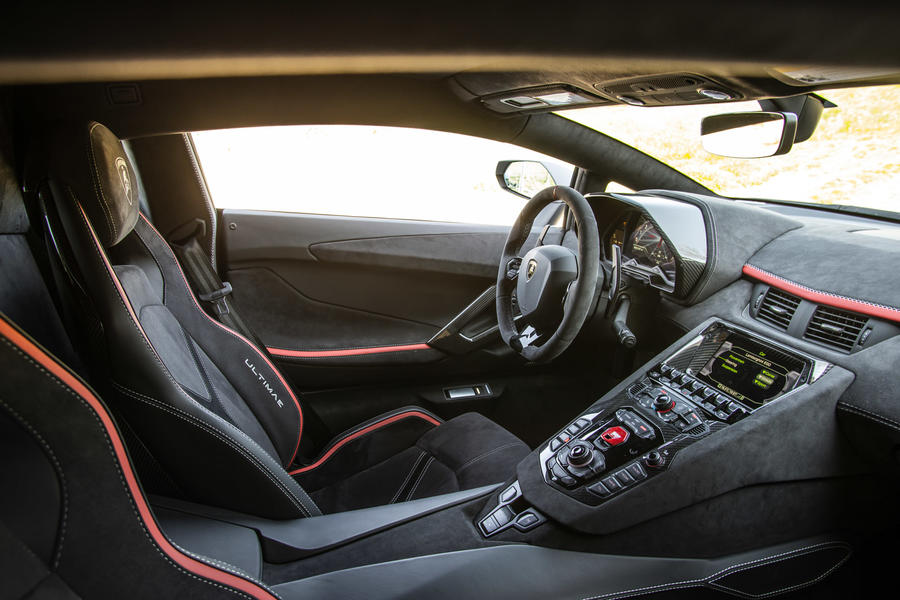 There's little doubt the 350 Ultimae owners (there will also be 250 Roadsters) will be getting the Aventador at its finest. At this late stage in the model's life, those people will also be fully aware of the compromises this car demands, and I doubt they'll care.

In fact, in the future, when senior supercars are seamlessly driveable in any environment (and perhaps even drive themselves at times), the Ultimae's slight fear-factor and occassional disjointedness may enhance its appeal. For all of the car’s faults and frustrations, this farewell edition is something bare-chested and very special. 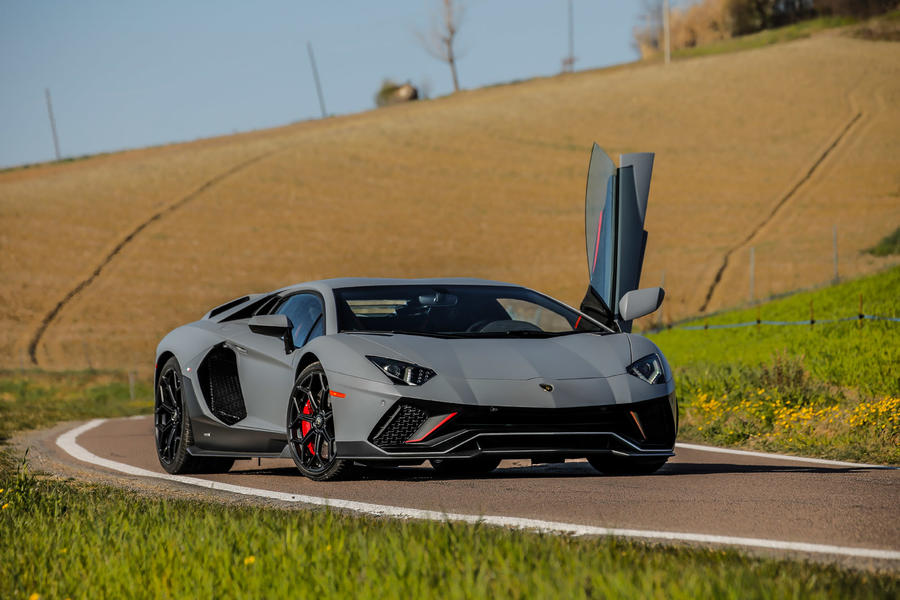 I think there is a whole industry waiting to appear that specialises is removing all the electric and electronic crap from cars.

Stop/Start, Lane assist, hybrid etc all detract for the joy.  I'd pay very good money to rip it all out post purchase.

To be a legitimately accessible reviewer on new cars, you've taken a big step towards understanding your audience. I like the approach to the way you present information about this Lamborghini Aventador Ultimate 2022 because I also write various reviews to make it easier for other users to understand the subject. I enjoy reading your articles, thank you for sharing your knowledge with us.