From £260,0408
Still visceral and dramatic as ever, but does the vast number of mechanical changes and tweaks help make the Lamborghini Aventador S more engaging?
Open gallery
Close
by Dan Prosser
22 September 2017
Share

The Aventador S is the heavily updated version of Lamborghini ’s V12 supercar. It isn’t really a new variant in the model range because you can no longer buy a plain old Aventador. Instead, the S is an evolution of Sant’Agata’s heavy-hitter, and not before time; having been launched early in 2011, the Aventador is approaching its seventh birthday.

It isn’t a half-hearted facelift, either. In fact, there are so many far-reaching mechanical revisions beneath the sharply creased bodywork that it’s actually more helpful to think of the S as the Aventador Mk2 (although Aventador 2.0 might be more appropriate these days).

The fangs in the front bumper are new and probably the clearest identifier of the revised car. The front splitter is more prominent now, too, and Lamborghini proudly claims an increase in frontal downforce of 130% as a result. It doesn’t quote any actual figures, though, so we can assume that new splitter isn't pressing the front tyres into the ground with any real force.

The intakes over the car’s broad shoulders are also reshaped, while the rear end has been updated with black plastic sections where they were previously body-coloured. The three-piece exhaust exit is new; the entire system is now 20% lighter than before.

These are the minor changes. Another is the uplift in power, with the 6.5-litre normally aspirated V12 now drilling out 730bhp, 40bhp more than the previous version. The redline is set to 8500rpm and torque is unchanged at 509lb ft.

The significant changes? They’re twofold. The first is the addition of a configurable drive mode, meaning you can at long last mix and match your preferred settings for the dampers, the drivetrain and the steering. This is good progress - it’s just a shame Lamborghini’s choice of moniker for this new function, Ego, translates so poorly from Italian.

The really big update, though, is the fitment of a four-wheel steering system. Like all such systems, it virtually reduces the length of the wheelbase below a certain speed to make the car more agile and virtually lengthens the wheelbase above a certain speed to make it more stable. But what it’s really done is allow the engineers to completely retune the car’s chassis and steering system.

The rear end is fundamentally much more stable than before - because of the four-wheel steer system - so Lamborghini has been able to make the steering more direct and the four-wheel-drive system favour the rear axle much more often. This could well be Lamborghini the step change that finally makes the Aventador as wieldy to drive as the Ferrari 488 GTB or McLaren 720S.

The automated manual gearbox is unchanged, however, and that’s a bit of a problem. More of which in a moment. 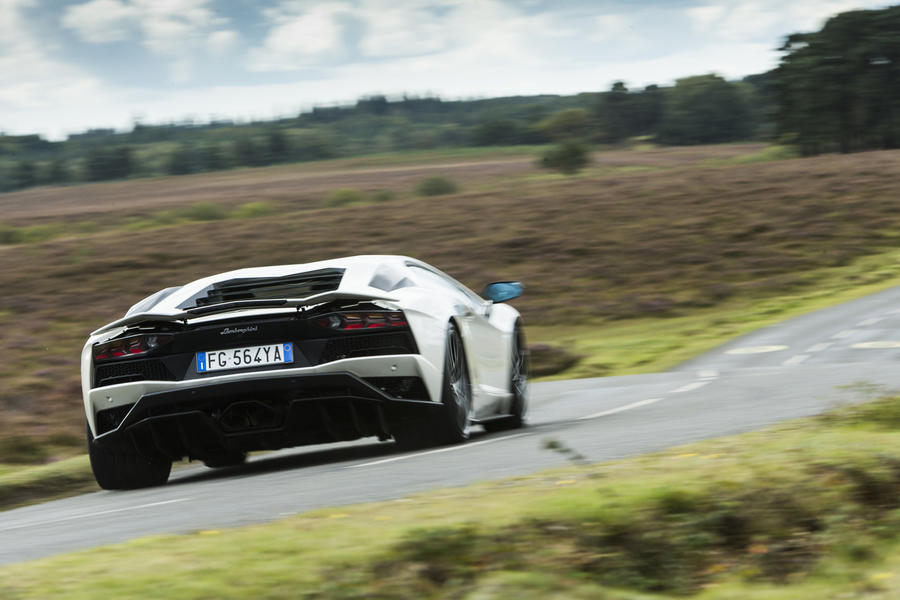 More than six years on from the car’s unveiling, it still looks spectacular on the road. In and among everyday traffic, the Aventador S looks like some sort of extraterrestrial machine, being so wide and low. The cabin is an evocative place to sit; the view out just so stirring. The steering wheel comes right out towards you, too, which is good, but the over-stylised minor controls and infotainment graphics are somewhat dated now.

Lamborghini seems to be having real trouble designing comfortable seats these days. These quilted leather chairs look reasonably accommodating, but you seem to sit on top of them rather than dropping into them and, over a longer journey, they make your neck and back go numb. The company’s fixed-back buckets are more tortuous still.

At least the engine remains a thing of wonder. It’s actually not as antisocially loud on start up as you might expect - an Audi R8 V10 makes more noise when you fire it up - and. from within the cabin, it doesn’t even seem to wail too loudly under a wide open throttle. But the quality of the sound it does make is beyond doubt. It’s a joy to stretch the engine out all the way to the redline, feeling the rate of acceleration build and build the longer you keep your right foot pinned.

The gearbox, on the other hand, is terrible. It’s lurchy, indecisive and inconsistent. And although the shifts themselves are plenty quick enough in either of the racier drivetrain modes, they’re irritatingly ponderous in Strada mode. You can smooth the shifts out by lifting off the throttle briefly, but why should you have to?

The original Aventador was big and heavy - close to 1700kg at the kerb - and never managed to disguise its mass when you tried to fling it along a winding road. The four-wheel steering system in the revised car does help; it’s more nimble and wieldy than before, but not by enough of a margin to make the Aventador S as confidence-inspiring or rewarding as some of the less expensive alternatives.

It must be said that the new Ego mode is a useful improvement. You can now match the quick, sharp gearshifts of the Sport mode with the most natural steering and the softest dampers - both of which come in Strada mode - to broaden the car’s operating range. 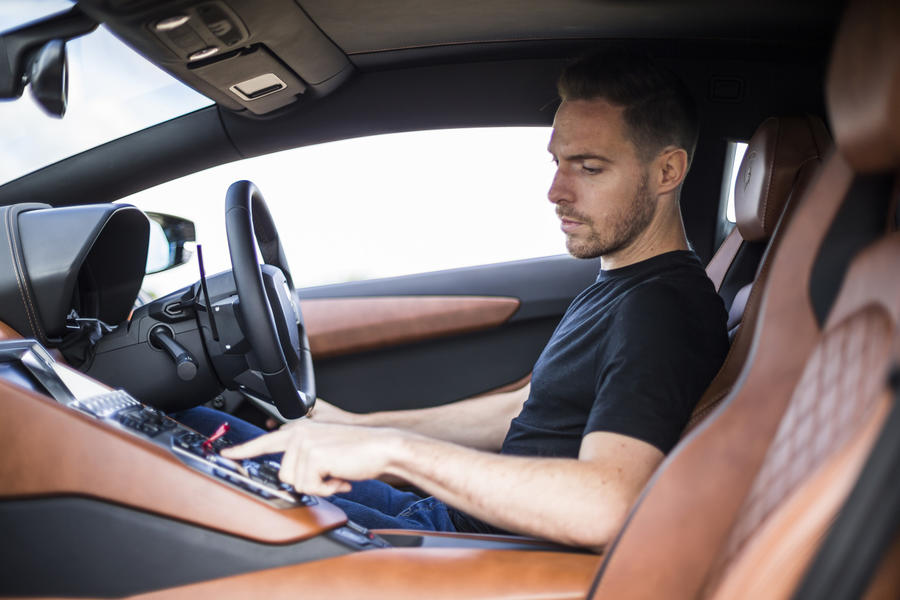 If you crave a theatrical and memorable supercar experience, absolutely. Drama is what the Aventador S does best. But if you’re looking for an engaging and rewarding driving experience, you’ll be better served by cheaper alternatives from Ferrari and McLaren. The 812 Superfast - Ferrari’s 12-cylinder rival to the Aventador S - is also better to drive, although it lacks the Lamborghini’s kerbside presence. 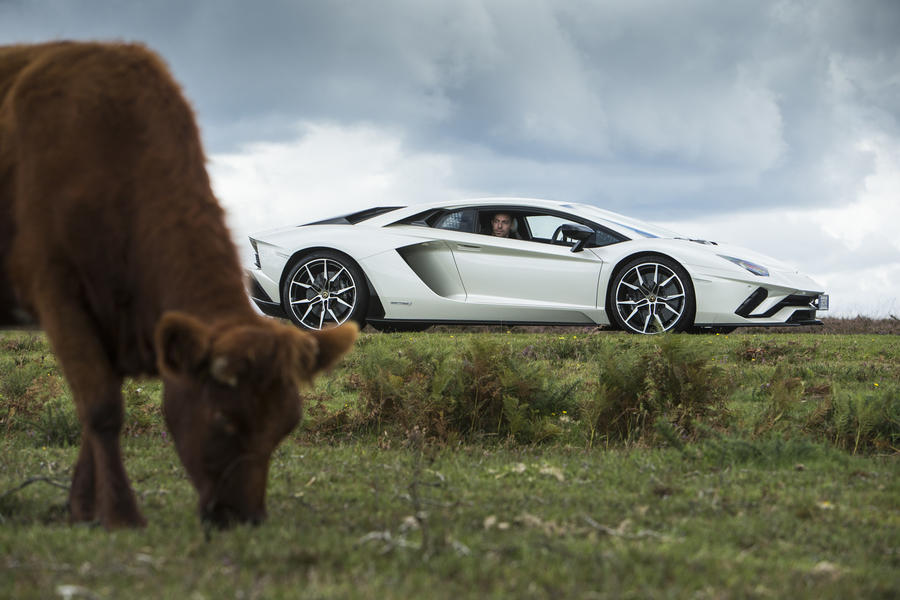 The last bull with a true V12

......to love this car; big, brutish, loud! If was lucky enough to be in a positon to keep a fleet of cars this would be so appealing, except for that god awful gearbox. Why do Lamborghini persists with it when it is widely regarded as terrible? Surely either the double clutch from the Hurucan or a manual would suit the thing so much better

I love these things. They are stupid and irrational and only a few can afford them. And why the hell not.