From £20,0756
Updated Renegade arrives in the UK with downsized three-cylinder engine – could it be the sweetspot of the range?
Open gallery
Close

You may have seen Jeep now outsells Land Rover in Europe, reversing the trend of a lifetime. And it’s the Renegade – the brand’s sure-footed crossover hatchback, built on the same platform as the Fiat 500X – that’s responsible for this surprising development, with 10 examples sold for every trail-hard Jeep Wrangler.

So it follows that, a few years into its lifespan, the Renegade warrants some fettling, which it has now had. Along with pin-sharp new LED headlights for higher-spec models, the front bumper has been tweaked to bear a stronger resemblance to the Wrangler, and Jeep claims to have improved cabin storage while refreshing the interior in general and, for anything other than the most basic models, swapping the 5in Uconnect touchscreen display for one of 8.5in.

Mechanically there are more substantial changes, with a raft of new engines. It’s the 1.0-litre three-cylinder petrol ‘Firefly’ driven here, otherwise known as Fiat’s Global Small Engine. It replaces the asthmatic old 1.6-litre at the base of the range and adds forced induction, making 118bhp at a relatively high 5750rpm and 140lb ft at a commensurately low 1750rpm – an encouragingly broad spread.

There’s also a new four-cylinder petrol with 148bhp, and a further pair of MultiJet II turbodiesels with up to 168bhp. You’ll need to opt for diesel power to get Jeep’s GKN-sourced ‘rear-axle disconnect’ four-wheel-drive system – the very same used on the Range Rover Evoque. Everything else is front-drive only. 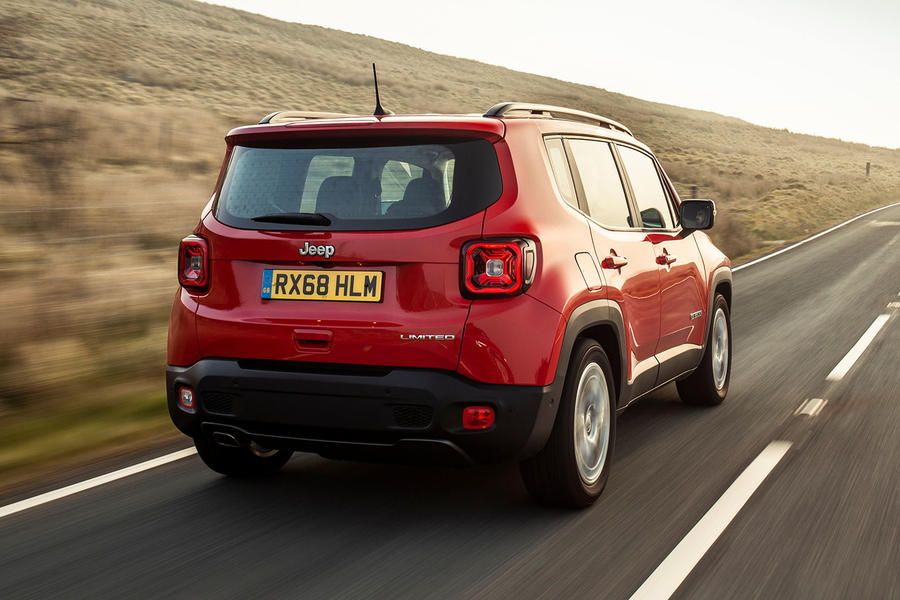 Slide aboard and the Renegade still feels charming enough inside, with generous head room and panoramic visibility through a windscreen that seems to sit almost bolt upright. Many of the plastics remain perceptibly low-rent, however, and there’s a greater emphasis on fun than finesse and quality, certainly in comparison to alternatives from Seat and Skoda. It's utilitarian, to put it kindly.

The driving experience itself is mostly inoffensive, with just enough body control to avoid any overt feelings of queasiness. In fact the Renegade is a surprisingly easy car to place on the road, and while it often feels as if the mass of tall bodywork is going to tug the tyres this way and that, road-holding is good and on smoother roads you'll make good progress.

Elsewhere the ride is poor, though – choppy in a manner that most of the industry seems to have left in the past, at least on smaller roads. Anybody buying in this class should expect to give away some dynamic finesse to larger crossovers, but even for a company whose off-road roots run deeper than almost any other, the Renegade is simply too reactive to a less-than-perfect road surface. The steering is also awkwardly elastic in its action and lazily geared, but at least it possesses some weight.

Predictably, this entry-level Renegade feels every bit its 11.2sec 0-62mph time, though for a downsized three-cylinder option the Firefly is relatively easy on the ears and linear enough once past some conspicuous turbo lag. It's decently economical, too, with a combined 39.8mpg on the new and far more representative WLTP test, though the identically powerful 1.6-litre turbodiesel manages closer to 50mpg, if you're planning big annual mileage.

In terms of equipment, the Renegade range begins with Sport and moves through Longitude and Limited before you get to the top-spec, skid-plate-bedecked Trailhawk. The Longitude tested here gets rear parking sensors, foglights and larger, 17in wheels over the Sport, while Limited adds rather a lot more leather. 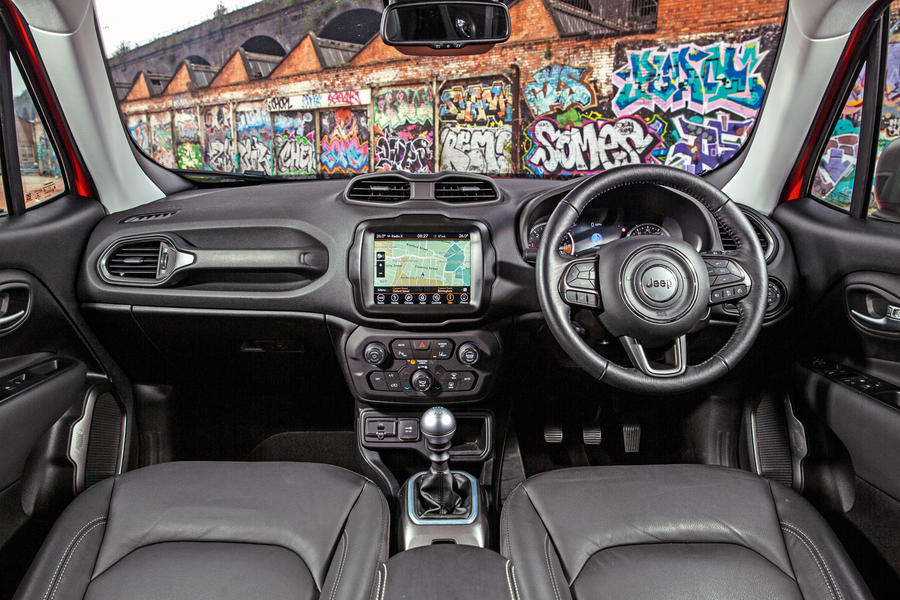 At £19,200 in Sport guise, the Renegade will seem temptingly good value for those already smitten by the styling, even if it remains an expensive option in this class.

However, the fact you can’t have this little 1.0-litre with four-wheel drive erodes the intrinsic appeal of the Renegade next to more comfortable, better-riding rivals – not least Citroën's C4 Cactus. As for handling, look either to Seat or Mini's Mini Countryman instead.

Without the proper off-road hardware, the Renegade simply doesn’t do enough to stand out. 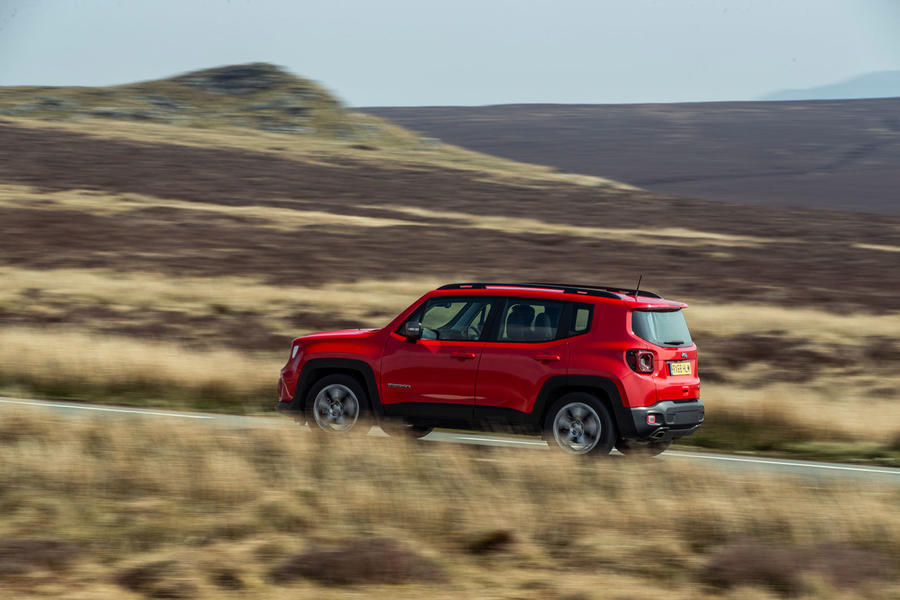 Have to agree, what would

Have to agree, what would possess anyone to take one of these over the quite snazzy Vitara is beyond me, £18K would get you a 'this decade' car like a Karok too, or many others..

I agree, but, for some reason, I really like this, no its not 4x4, but even with its 1.0 3pot which lets be honest now, loads of manufacturers use including vw, it seems honest in utilitarian way and whilst ordinarily I dislike x-overs and suvs except for the proper go anywhere 4x4s, I find myself liking this little tonka toy. Am I just odd?

Even here in the USA these are considered utter crap, and we love Jeeps!