From £37,360
The 697bhp Jeep Grand Cherokee Trackhawk seems like a real beast on paper but our short blast shows it has some likeable manners
Open gallery
Close

Essentially, it’s two of the US’s motoring loves – large, comfy SUVs and raw, powerful muscle cars – mashed together to create a supercharged, supersized beast… that would still be practical for a school run. A potentially very quick school run, obviously.

Set the task of producing the world’s fastest SUV, SRT, Fiat Chrysler Automobiles' performance arm, set about it in a different way from the likes of Mercedes-AMG or Land Rover’s SVO division. SRT has set about it in the most American way possible: sticking a great big powerful V8 up front.

And not just any V8 but the Mopar Hellcat, a 6.2-litre unit featuring a 2.4-litre IHI supercharger, previously featured in such demure and subtle machines as the Dodge Charger and Dodge Challenger Demon.

The Hellcat produces a supercar-rivalling 697bhp and 645lb ft of torque at 4800rpm (a slight reduction on its use elsewhere due to a more restrictive exhaust), powered through an eight-speed automatic gearbox with a manual mode.

With power to all four wheels, the Trackhawk can go from 0-60mph in 3.5sec and hit 100mph in 8.8sec. It has a claimed top speed of 180mph, which SRT says is determined purely by the vehicle’s aerodynamics; this is no wind tunnel-crafted sports car, remember. 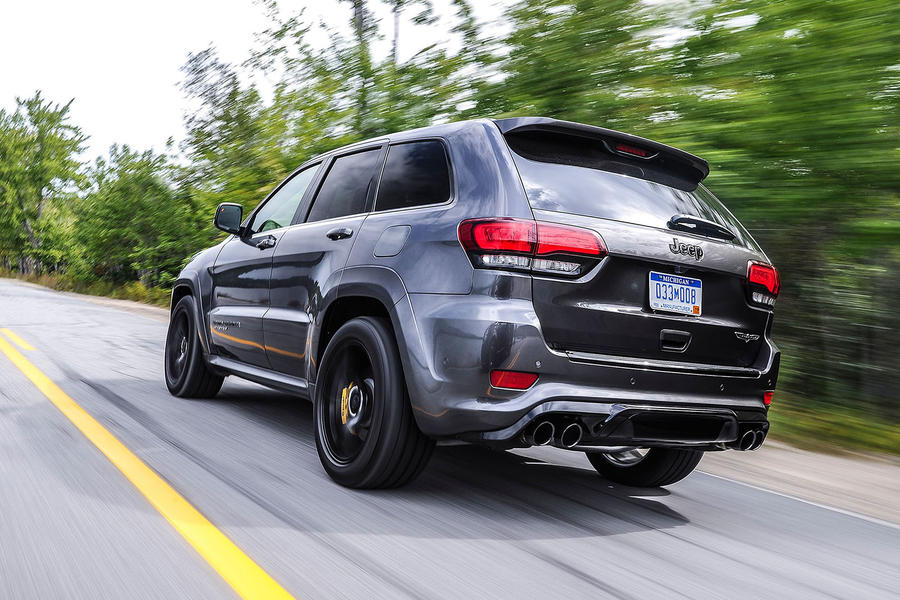 From the outside, the Trackhawk isn’t that different from a regular Grand Cherokee; only a few subtle nameplates and yellow Brembo brake calipers – the largest fitted to any Jeep, ever – offer any hint at what lurks under the bonnet.

Inside, the trim has been raised a few notches over the standard Grand Cherokee, with leather seats and some fancy Trackhawk logos; while comfortable enough, it’s not a class-leading interior. That said, you suspect any potential buyers will be more interested in the engine than in comparing rear leg room with that of a Nissan Qashqai.

Fitting that engine meant reworking the internals extensively, even compared with the previous range-topping Grand Cherokee SRT, which featured a 461bhp, 6.4-litre HEMI engine (which seems sensible by comparison). The Hellcat V8 has never previously needed to send power to all four wheels; that, combined with the packaging constraints of the Grand Cherokee, meant SRT had to extensively upgrade and rework the transmission, rear driveshaft, CV joints and differential. There’s plenty of extra cooling, too.

We were only given a very brief ride in the Trackhawk, totalling a handful of laps of the Spring Mountain race circuit in Nevada. Clearly, that’s not enough time to draw any firm judgement – but it was enough to illustrate that the Trackhawk has been engineered well enough that it makes far more sense to drive than it does on paper.

For a start, it doesn’t feel as brutal as you’d expect from a car with a supercharged V8 engine stuck in the front. Sure, mash the pedal and there’s a satisfying growl and a whack of acceleration; but until you start to play with launch control – we’ll get to that in a bit – it’s far more manageable than you’d expect.

That’s not to say it isn’t quick: the Trackhawk certainly shifts and it’s when you get to the end of a straight that it challenges your preconceptions again. For a big, bulky SUV with a big, heavy V8 up front, it doesn’t feel cumbersome when cornering. It turns in well at speed, with little of the understeer you’d expect - credit to the independent front suspension, Bilstein dampers and other tweaks. And it maintains admirable stability through a sequence of corners. It’s never going to match a lightweight sports car, but it does offer a more involving experience than a heavy SUV has any right to. And, don’t forget, it would be far more practical than a lightweight sports car on a trip to Ikea.

It would be quicker out of the car park too, thanks to its launch control mode. The system, accessed through the same infotainment system that offers such SUV standards as Apple CarPlay and Android Auto compatibility, uses clever alchemy to pre-position the supercharger bypass valve, effectively preloading it to build up torque – which it then delivers with a hefty whack, propelling you forward so fast that you’ll forget you’re in an SUV… at least until it’s time to brake. 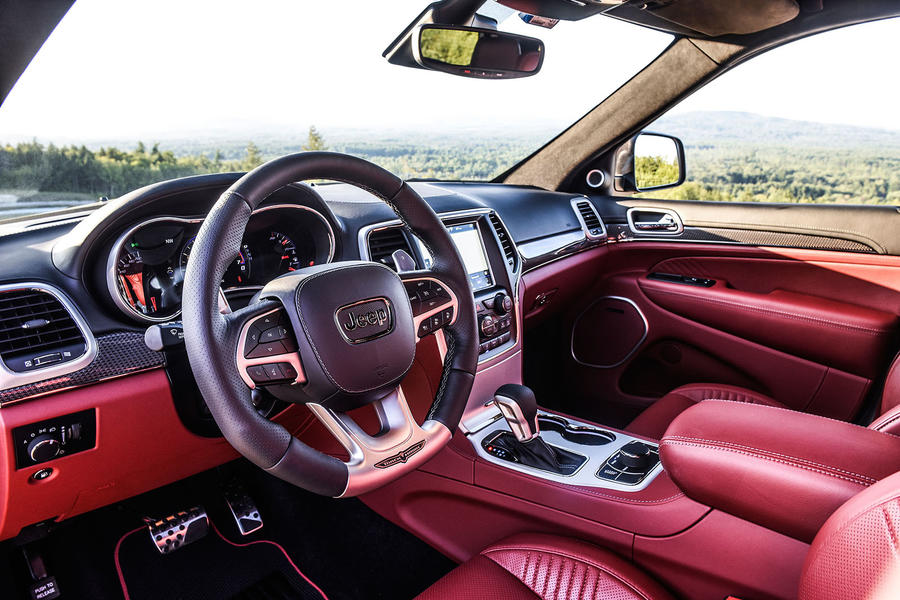 That’s a difficult one to answer at this point for two reasons. First, there’s the existential question: does anyone really need a 697bhp SUV?

Then there’s the more prosaic reason: our short test made it impossible to draw any firm conclusions, especially given we don’t yet know what tweaks will be made to the US spec when the Trackhawk reaches the UK around April or May next year.

Still, an all-too-brief outing was enough to highlight that the Trackhawk is a surprisingly serious – and actually quite refined – car rather than some terrifying mash-up. Serious, then, but still hugely enjoyable. Enough to make us excited to try it for a longer period. 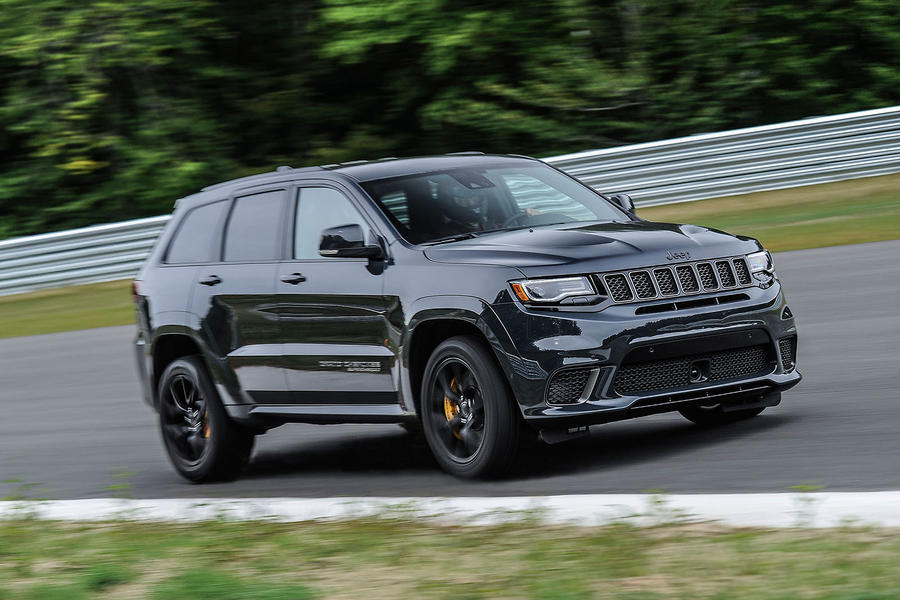 There is no excuse for this vehicle to exist,let alone for you to laud it.

It is a triumph of American excess and disdain for the planet and those of us who have to live on it.

There is no excuse for this vehicle to exist,let alone for you to laud it.

It is a triumph of American excess and disdain for the planet and those of us who have to live on it.