Jeep’s expanding range of SUVs and full-on 4x4s doesn’t always make it across the Atlantic, but the UK is getting the Trailhawk.

Based on the Compass 2.0-litre Multijet 168bhp with four-wheel drive, the Trailhawk branding means it is ‘trail-rated’, having passed Jeep’s own test of off-road ability. You can already get similarly branded versions of the Grand Cherokee and Renegade, all of which raise the bar compared with the standard car.

The list of additional equipment shows that Jeep is flexing its off-road reputation with the Trailhawk and not just laying on some fancy badges. Increased ground clearance and smaller 17in alloy wheels wearing all-season tyres are paired with resculpted lower bumper sections to improve approach, breakover and departure angles, with increased underbody protection should you run out of articulation. There’s a low ratio mode for the nine-speed automatic gearbox and the Selec-Terrain system has an additional ‘rock’ mode for crawling through difficult terrain, hill-descent control and a selectable ‘crawl’ speed.

Your off-roading buddies will spot the Trailhawk on account of a black centre section on the bonnet regardless of exterior colour, while Trailhawk badges on the flanks and the rear complete the visual adornments. Inside there is black leather as standard with flashes of red trim, while the Trailhawk’s high-spec status means it gets the top-end 8.4in Uconnect infotainment system with Apple CarPlay, Android Auto and navigation as standard. 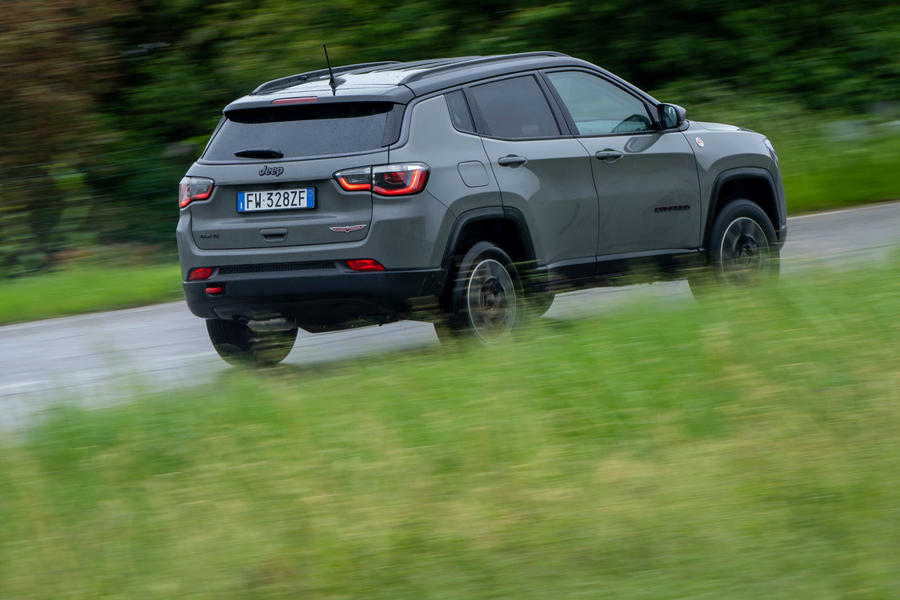 With a number of detailed but minor changes throughout, the Trailhawk unsurprisingly offers a broadly similar driving experience to a similarly specified Compass. In our test conditions on wet Italian roads, the biggest difference can be attributed to the tyres. The all-season off-road rubber gives up its grip more readily than the regular car, although the margin is much smaller in the dry, while the smaller-diameter wheels result in a minor improvement in acceleration too.

The Trailhawk’s performance is sufficient, but no less than you would expect for a car of this mass provided with 280lb ft of torque. Reasonably quiet at low revs, the 2.0-litre diesel makes much more of a fuss when searching for performance and it can take a determined squeeze of the throttle before the gearbox and engine decide on their next move. Both are happier at a cruise where the long ninth gear can be used to good effect, delivering a comfortable cruise.

Other than the increased ride height, the suspension tuning remains the same, meaning that the Trailhawk can come up a little short on poor surfaces. Sharp bumps can result in a similarly pointed thump while larger undulations can leave it slow to settle afterwards, although body roll is well-controlled. The steering is sufficiently brisk although light on feel, with much of the weighting coming from a rather artificial-feeling self-centre action. Get the Trailhawk in its comfort zone, however, and it is sure to impress, providing more capability off road than the vast majority of buyers would ever consider using.

Inside, the Trailhawk’s black cabin needs more of the colour flashes than it gets, and the material quality is no more than adequate; the odd bit of misfitting trim suggests build quality won’t worry the key players in this sector, although the standard specification is good. 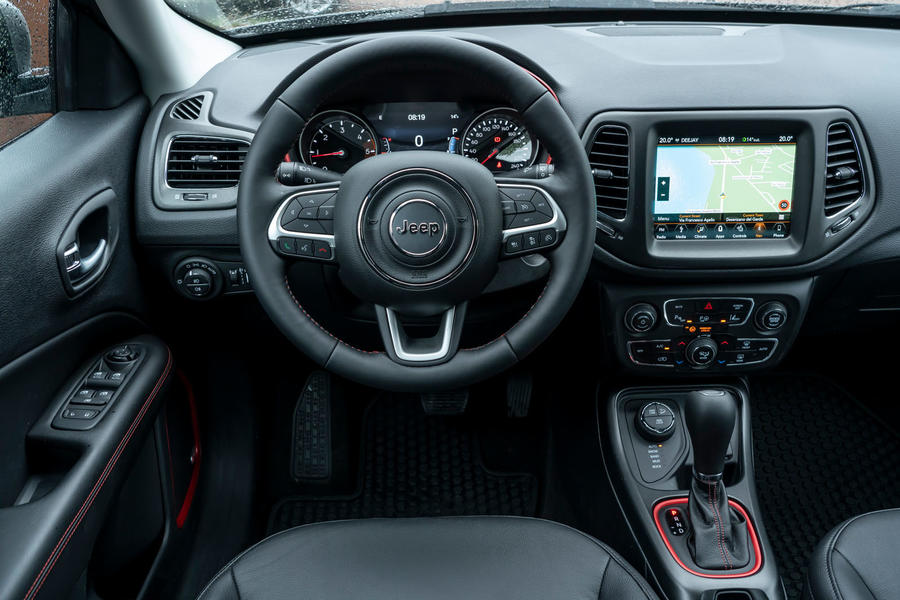 As the last word in off-roaders in the Compass range, the Trailhawk has some additional kudos with the hardware to back it up. Getting it stuck is perfectly possible but there will be few other cars that could keep going in the same conditions. The biggest problem with the Trailhawk is the similar ability of the standard car. At a premium of £7950 compared with the well-specced Limited model, the Trailhawk is just shy of £37,000, putting it head-on with some highly capable machinery too.

The regular Compass is better on road for more of the time, and should you be a regular green-laner it will follow in the Trailhawk’s tyre tracks in the majority of conditions – even more so if you spend that saved £8000 on some off-road rubber. Hardcore Jeep fanatics will probably want the iconic if somewhat rudimentary Wrangler, while for mostly on-road use with the occasional adventure the regular Compass will fit the bill. Highly impressive off road it might be, the Trailhawk answers a question that few people will likely ask. 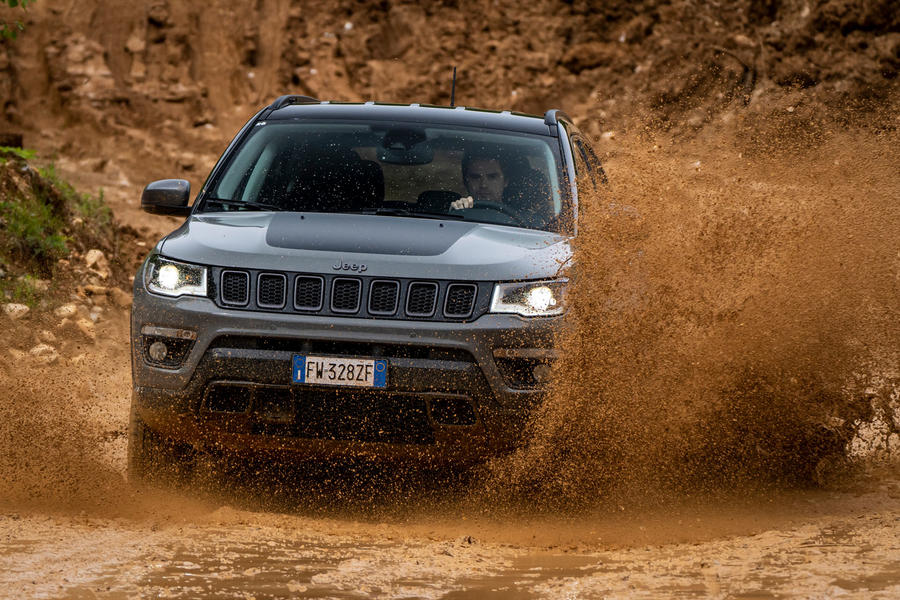 Was it sarcasm to put the £20k Vitara in the list of rivals.  Maybe if you live in a field but otherwise an Evoque, XC60, Q5 in that order.

p.s. on a plus note that's a great colour combo

The Vitara is closer to the Compass TH than to the XC60 and Q5. Both in roominess (Compass is only 4.39m long, 1.89m wide), interior and ride quality, available techy options and more is the Compass pretty far off "premium".

The Vitara is closer to the Compass TH than to the XC60 and Q5. Both in roominess (Compass is only 4.39m long, 1.89m wide), interior and ride quality, available techy options and more is the Compass pretty far off "premium".

Sorry, I was kind of referring to the price as much as anything £37k buys a XC60.  Maybe the cheaper XC40 would be a better comparrasion

I was in one last week and

I was in one last week and the interior was simply horrible. The discounts available and the incentives offered on warranty and servicing tell you all you need to know about how good the car really is.

A shame but maybe next time.

What you have to ask yourself is

is it really worth all that money when its built on virtually the same platform as a Fiat 500X which can trace its roots back to the 2006 Corsa and Punto, and it would appear to have similar build quality..