Let this sink in: when the Jaguar F-Type arrived in 2013, Porsche had only just retired the 997-generation 911. Jaguar facelifted its aluminium sports car six years later, but the reality is that the F-Type is now knocking on the door of its 10th birthday while its main rival has been through three rounds of significant refreshment during the same period, with another due next year. Yet the F-Type clings to life in near-original form, with no successor planned.

This drive of the P450 Convertible is more housekeeping than breaking news. Having sampled the facelifted coupé in four-pot and V8 form in 2020, we never had the chance to try the rag-top. It’s also a good opportunity to see how the only UK offering in the sub-£100,000 senior sports car class is faring in 2022.

The answer is ‘pretty damn well but with some reasonable caveats’. 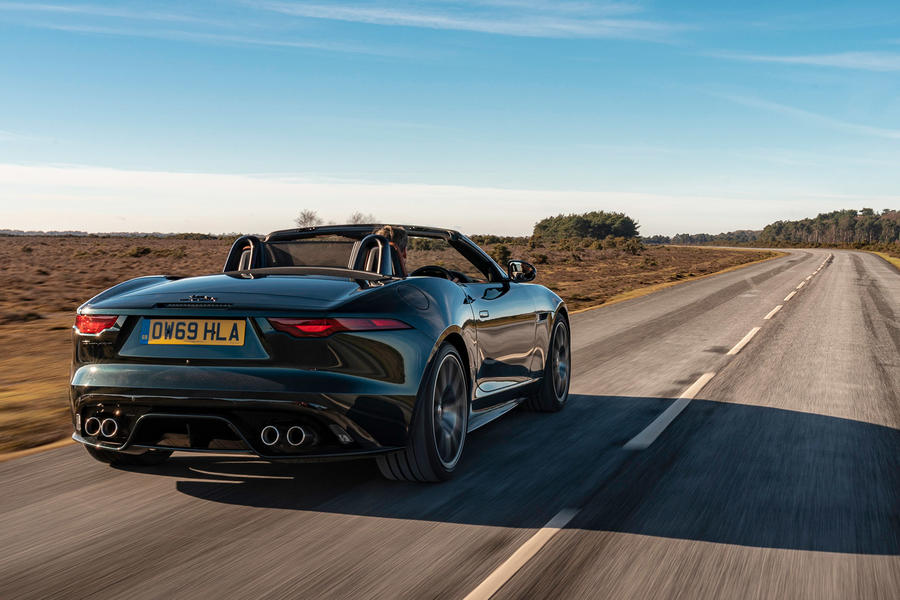 The P450 uses the same 5.0-litre V8 as the P575, only detuned from 563bhp to 444bhp, and supercharging brings a genuinely refreshing sense of levity and transparency compared with all the turbocharged alternatives.

Tiptoe around and it’s also a demure unit, although a wider throttle and more revs unleash the kind of animalistic, gargling blare even the Mercedes-AMG 4.0-litre V8 in Aston Martin’s Vantage can’t match for personality. Drop the roof for added effect.

In dynamic terms, the Jag continues to possess a lovely, light-touch elasticity to its steering and this helps you tap into and enjoy the chassis balance. Roadholding isn’t as good as you’d want it to be in the wet, mind, and on more challenging roads, there’s a slightly discomforting heft to the Jag’s pronounced body movements that you wouldn’t find in any 911 or Vantage. Progress feels just a little rudimentary at times.

However, this hurts the appeal of the coupé version more. The convertible wants to be treated more like a loping GT, and it works well in that role. 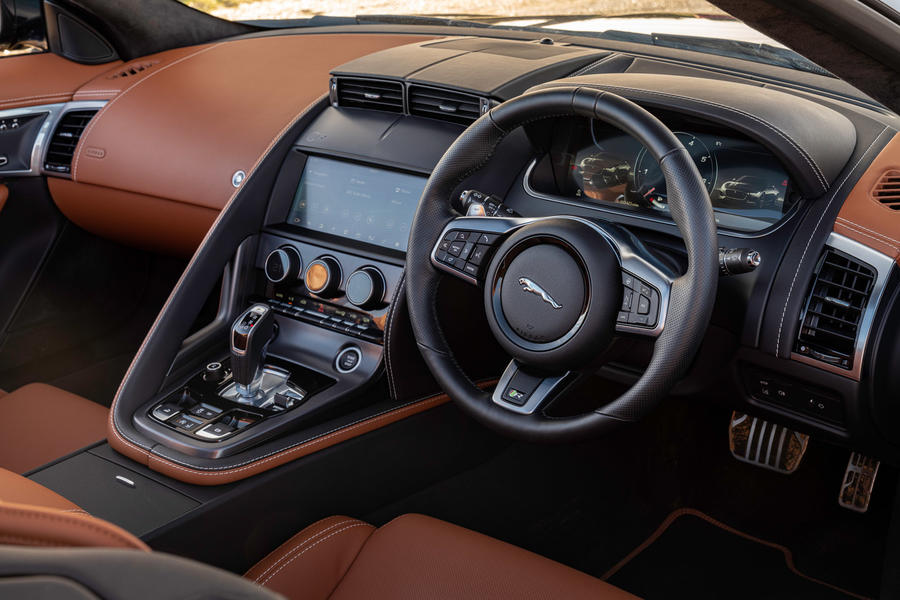 The P450 Convertible is arguably the F-Type at its best: rear driven, with more than enough power, an electrifying exhaust note and an almost languid effortlessness that suits roof-down touring. It’s good value, too. Horsepower for horsepower, the comparable 911 costs £110,000 to the Jaguar’s £74,015.

Less competent than some, then, but with an easy-going, old-fashioned charm that still makes it an attractive option. 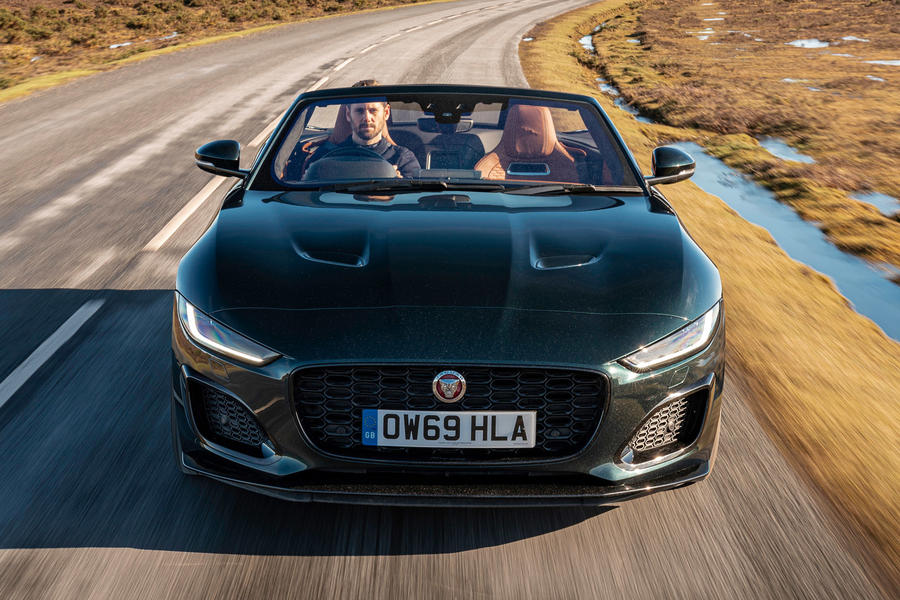 Log in or register to post comments
Rodester 3 April 2022
Here we are again. Witness the master class, the ultimate, the most premium and capable sports car on the market.

Jaguar gently brushes the surface with its premium brush and instantly they have velvet covered iron fist to deliver a stunning blow to the Boche. An unrecoverable blow.

Jaguar, premium to its core.

Anton,  you're quite right about the 6 pot  -  my P380 does sound and go well but only when it's up and running  -  it's no match for my previous 992 carreraS from a standing start, albeit there's 69hp difference and we know even the P450 is 0-62 in well over 4 secs which again is no match for the 992 which has the same power and less torque,

With no passenger load my 992 did the 0-62 in a tiny fraction over 3  -  that is a massive difference in acceleration at this level.

If you're a normal driver like me the F-Type is more than ample (not the 297BHP version BTW) for the smile factor but for track drivers the 992 is far superior.

Anton motorhead 20 February 2022
Great car, fantastic looks and a fabulous engine note. Just love it. And IMO far more interesting than anything else within this price range. Not sure the facelift benefitted the looks, but it's classic sportscar/grand tourer approach is still very attractive - to me at least. I would love to have one, but would be perfectly happy with an older 6 pot version, which is still plenty fast and sounds great.
View all comments (16)