The third and least fossil fuel-dependent of Hyundai’s Ioniq hatchback line-up, updated for 2019 with new looks, new technology and a new powertrain to help it compete with a rapidly expanding electric car market.

The Ioniq Electric’s battery has been boosted to 38kWh, up from the outgoing model’s 28kWh, while the permanent magnet electric motor driving the front wheels has been exchanged for a more efficient version. The combination has helped extend range more than 30% over the old car, to a WLTP-tested average of 194 miles between charges.

A newly-fitted 7.2kW onboard charger can charge the battery to 80% in 57 minutes on a 50kW charger, or from flat to full in little over six hours on a 7kW charger. The Ioniq Electric continues to do without the independent multi-link rear suspension of the hybrid models, in order to accommodate its lithium-ion battery pack.

It joins the also-refreshed petrol-electric hybrid and plug-in hybrid in receiving new front and rear bumpers, headlights and tail lights, but stands out with a bespoke front grille fitted with active air flaps to help cool the powertrain. 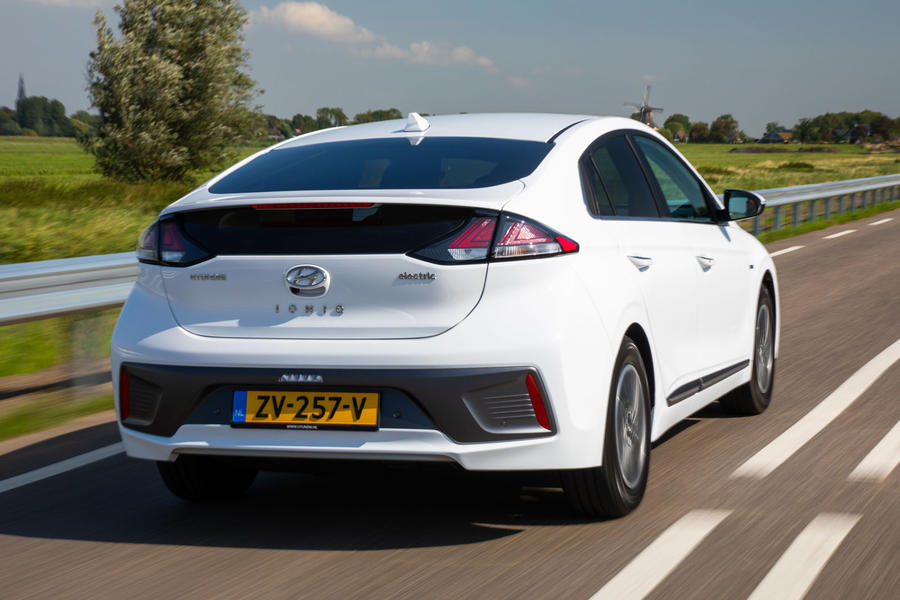 Largely unchanged from the outgoing car, with a keen response from its electric motor. Despite the weight gain brought on by the larger battery, the uprated powertrain has helped bring the Ioniq’s 0-62mph sprint time down by several tenths, adding to the sense of rapid progress when driving in town. It still doesn’t feel truly instant off the line, even in Sport mode, with a slightly more progressive power delivery than other EVs, but it has no issues keeping pace with motorway traffic.

Paddles mounted to the steering wheel provide direct control of the regenerative braking, offering several levels that range from little resistance to abrupt slowdown. The highest level provides enough stopping force for regenerative braking to be used in lieu of the brake pedal, for one-foot driving similar to the Nissan Leaf, only with more control. This ability to let the driver dictate when regeneration occurs is a lot more interactive than simply setting a drive mode, and can help you eke out more range with regular use.

There’s a decent weight to the steering, though it feels artificially heavy in Sport mode and tells you little about what the front wheels are doing at any given moment. Body roll is largely absent, and the car’s weight is more evenly balanced than in a front-driven hatchback with a petrol engine, but as far as dynamism goes there’s not a huge amount to be found here.

The ride strays a little too far into firm territory at urban speeds, with what few bumps we encountered on our test route easily making themselves felt. Moving onto smoother Dutch N-Roads settled things down greatly inside the cabin.

Real effort has been made here to give the interior a more upmarket feel, with physical buttons exchanged for backlit, touch-sensitive ones and the 10.25in infotainment screen now protruding from the dash, rather than sitting within it. Blue ambient lighting on every button won’t be to all tastes, but dedicated buttons are at least easier to find than having to dig around for them on a touchscreen. 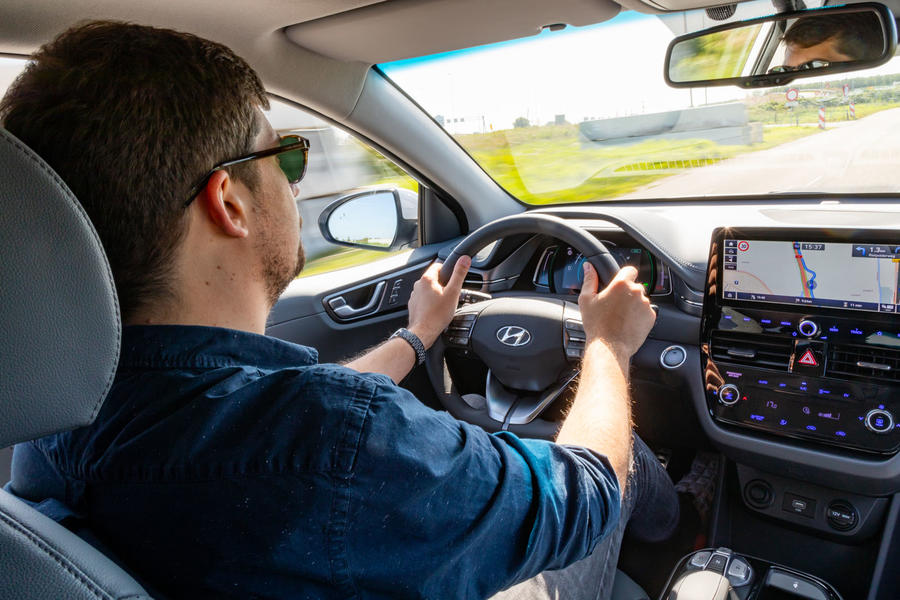 It may lack the performance and handling to truly excite as a driver’s car, but the Ioniq remains a practical family hatch well suited to those that will make regular use of the rear seats and boot.

For this update, Hyundai has sensibly focused on the area EV customers care most about: range. Any increase, however slight, is a welcome one, and the Ioniq’s 36% boost makes it more viable as a full-time replacement for a petrol car.

While it can’t compete with Hyundai’s own Kona Electric for the outright distance crown, 190 miles between charges will suit many more commuters. The Ioniq Electric can now eke out more miles than a similarly-priced 40kWh Nissan Leaf, though the Nissan remains more engaging and both are far behind the BMW i3 for driver appeal. 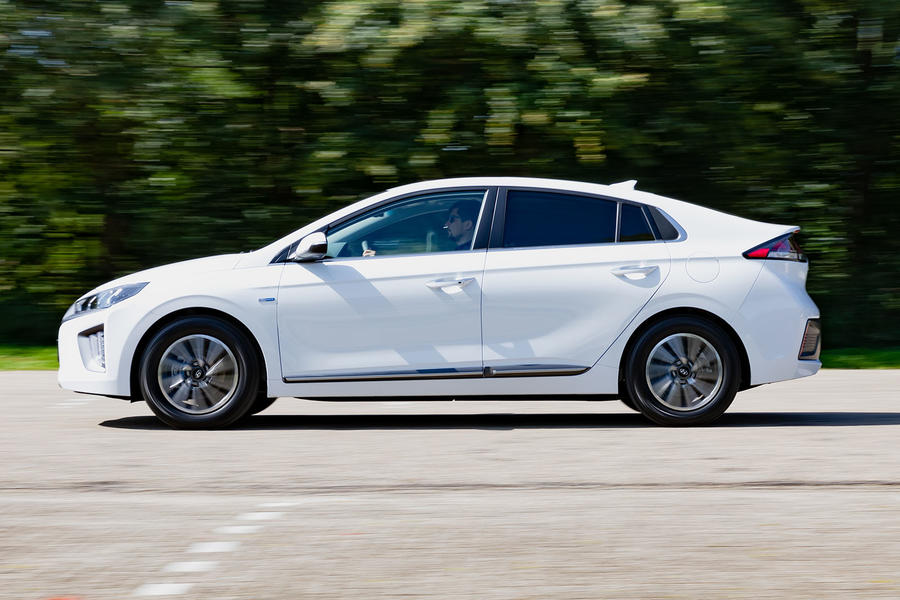 It's a better looking car

It's a better looking car than the leaf but in today's SUV based trends I can't see this doing anywhere near as well as the Kona which is a shame as it's a decent sized good looking family car.

Regarding range, it is more or less the same as the lesser kona with 39kwh.