The BMW i3 94Ah is the first major upgrade of the German company’s radical city car since it was launched two and a half years ago.

The ‘94Ah’ in the name refers to a brand-new battery developed by BMW and made up of cells manufactured by Samsung. This lithium ion battery pack, which is mounted under the cabin floor, is the same size as the previous one but the energy density of the unit has been improved by an impressive 50%.

However, BMW acknowledges that the official test regime for electric vehicles is flawed and says the real-world range for the i3 94Ah on a full charge is actually 124 miles. It claims this driving distance can be achieved even in tough conditions, such as the depths of winter (when the heating system is on) or during the height of summer (when the air-con is being used). 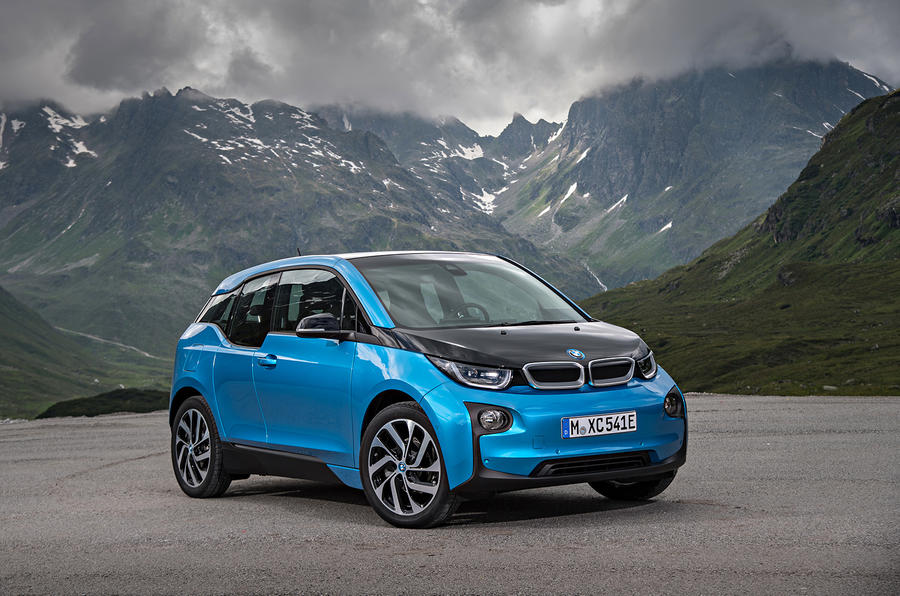 The i3’s charging system has been upgraded along with the battery pack. A specialist DC charger can be used to charge the new battery to 80% of its capacity in around 40min. That's sufficient to give a real-world range of around 100 miles.

A bespoke BMW wall-mounted charging box with high-power 11kWh three-phase charging can be fitted to an owner’s home and offers the same 80% charge in less than three hours.

The rest of the i3 is pretty much unchanged. It’s still driven by a rear-mounted electric motor, which is designed and manufactured by BMW in Germany. By developing its own batteries and motor, BMW claims the i3 is the most energy-efficient electric vehicle on the market, consuming 12.6kWh per 100km (62 miles) of travel.

This is an immensely likeable vehicle, but it’s hard not to wish that BMW had opted to make it a little longer, especially in the wheelbase, when you drive it. The i3 is a finger’s width under 4.0 metres long and, in that context, the 2.57m wheelbase sounds reasonable, but on the road, it’s clear a more generous footprint would have helped with the i3’s two biggest failings: its ride on rough roads and access to the rear seats.

On a very poor surface, the i3’s chassis finds it difficult to settle down. It reacts rather harshly on the very roughest surfaces, joggling the occupants as it thumps and crashes. It’s true that the chassis is relatively stiffly sprung, so the situation is more exaggerated that it might otherwise be. The 19in wheels probably don’t help.

In stark contrast, on a very well-surfaced stretch of road - and there were a few of those on the test route in southern Germany - the i3 is uncannily smooth and swift. And the serenity of the progress makes using the full potential of the i3’s electric motor hard to resist. 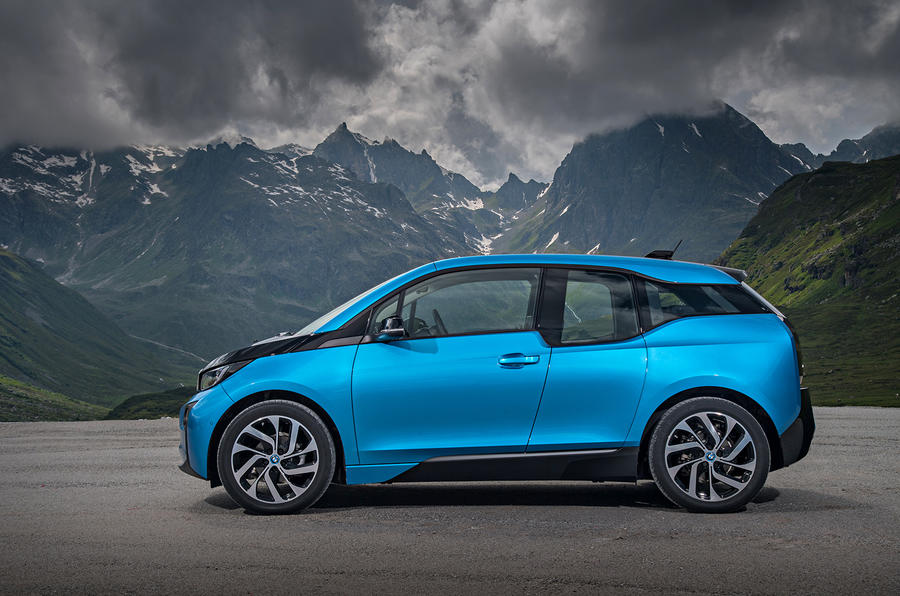 The i3’s performance is pretty eager even with the energy-saving EcoPro setting switched on (it subdues the throttle response and cuts the cooling power of the air-con) but fully unleashed it is a remarkably quick machine.

From zero to 30mph, there’s probably not much that could keep pace with this city car, and even up to 50mph or 60mph, the i3’s progress can be described as pretty vivid. Overall refinement is impressive, too, with road roar and wind noise well subdued. Notably narrow tyres probably help here.

Perhaps the biggest oddity is the strong braking effect of energy regeneration when slowing down. Lifting off the accelerator results in a quite marked braking effect as the motor starts acting as a generator. Time it wrong and you come to a halt quite a way short of the traffic lights.

As a driving machine, the i3 has an impressive ability to get out of the driver’s way. The upright seating, high driving position, panoramic view and lack of mechanical interference all allow the driver to either concentrate on the city traffic or just enjoy the view. On our test route, the i3 provided a tremendously agreeable way to travel through the lush greenery of southern Germany and it also cut swiftly along autobahns without feeling out of its depth.

This new 94Ah model isn’t cheap. After the government's £4500 grant, it costs £27,830 in base form. If you fancy the version with the two-cylinder petrol range-extender generator, that will cost you £30,980. However, the Range Extender with a fully charged battery and a full tank of fuel (just two gallons) does give you a real-world range of around 217 miles.

If you own the current i3, you can have the battery pack upgraded to the new 94Ah version. However, it will cost you around £6000 and it seems unlikely that you’ll get the upgraded charging hardware and software. 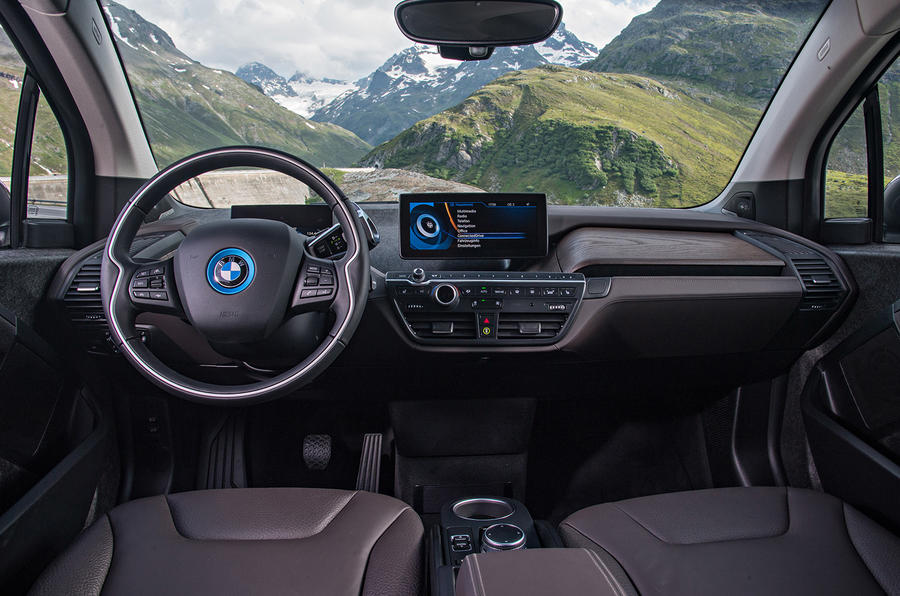 There’s something immensely refreshing about the i3. The radical composite and aluminium structure and unashamed modernity of the design inside and out make it hard to judge this car in purely rational terms, especially at this price.

However, the new battery and promised real-world all-weather range make it significantly more usable. If you have the ability to home-charge and appreciate the modernity of the car and its dynamics, the i3 is a very fine thing to own.

It has to look different...right??

What I don't get with the i3 and i8 is how different the look from the 'norm', I'm not against them looking different per se, but surely it puts some people off, which can't be good business??
5wheels 2 August 2016

apart from maybe some lucky souls in the southern regions of Spain and some parts of Italy will enjoy smooth roads. So until BMW sort the suspension who on earth is gonna buy this expensive impossibly cramped tin can
5wheels 2 August 2016

apart from maybe some lucky souls in the southern regions of Spain and some parts of Italy will enjoy smooth roads. So until BMW sort the suspension who on earth is gonna buy this expensive impossibly cramped tin can
stratadel 6 August 2016

apart from maybe some lucky souls in the southern regions of Spain and some parts of Italy will enjoy smooth roads. So until BMW sort the suspension who on earth is gonna buy this expensive impossibly cramped tin can

Someone who has actually had a test drive?

I did, and now I have one on order. The suspension is firm, but no firmer than my previous BMW 1 series. It is not at all cramped inside. There is oodles of space inside, and the suicide doors make access to the rear seats very easy. (although they can be awkward in car parks with adjacent vehicles)

The decider for me was the performance. The acceleration is awesome. It is really fun to drive.

The list price is high, but there are really compelling lease deals available (from leasing companies, not from BMW dealers)

Give it a test drive. Most dealers will do a 24 hour loan on an i3.