So much in life has changed over the past few months, but one thing that hasn’t is the Honda Jazz – even if during that time the old third-generation car has gone out of production to be replaced by this new, fourth-generation model.

Jazz owners will be pleased to know that this all-new car is still very much a Jazz. You can tell as much by looking at it; there’s no mistaking it for anything other than the spacious, safe and sturdy supermini-cum-mini-MPV it always has been. We don’t like change and all that.

What change there has been all comes under the ‘added value’ mantra used to describe the ethos behind the new car. So in Jazz land, the new, comfier seat design and improved visibility is as big news as the fact that it’s now hybrid-only, with the sole powertrain comprising a 1.5-litre petrol engine, two electric motors and a fixed-gear transmission driving the front wheels. Or that the body has been made stiffer with the aim of improving the handling. 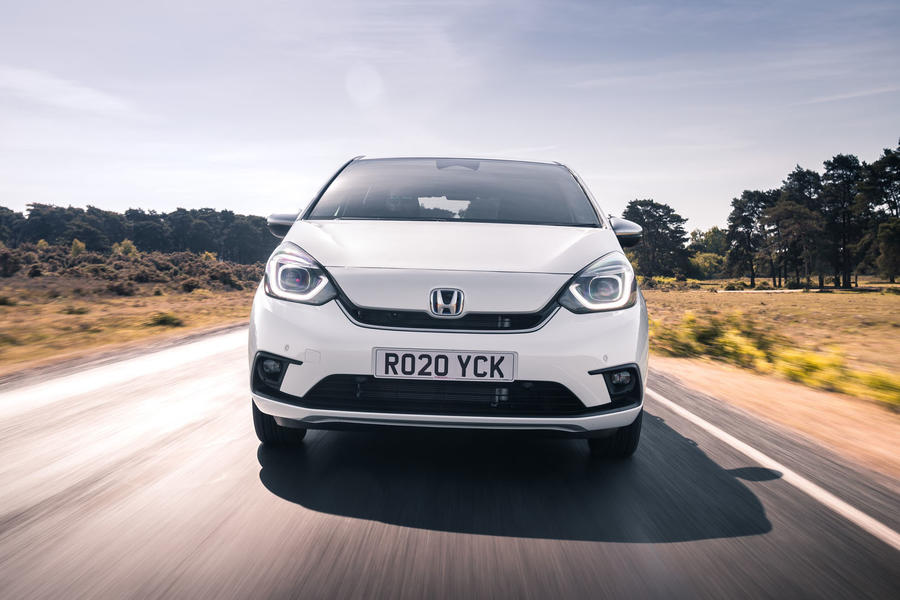 While it might take more than a passing glance to tell the old Jazz from the new outside, there’s a much bigger change inside. The horizontal look of the dashboard adopted on the Honda E electric city car has also provided inspiration for the Jazz, and the result is a much less cluttered design that’s clearly laid out, with the major controls all nicely to hand. There’s the ubiquitous touchscreen to control the slick infotainment system but enough shortcuts retained, too.

You’ll also be impressed by the feeling of spaciousness in the Jazz; that’s one big windscreen, and the redesigned A-pillars really do help improve your field of vision. Your back and bum don’t have any cause for complaint on the comfier seat, either, even after a couple of hours on the road. So far, so added value.

The same can’t be said of the way the Jazz rides. It can be quite crashy at low speeds, as opposed to the more impressive body control it exhibits at higher speeds. Given the amount of around-town pottering that most Jazz drivers are likely to do, that’s a shame.

While ‘engaging’ is a word used by Honda to describe the improvements to the dynamics, ‘predictable’ is a better one – which is what most Jazz owners would want to hear anyway.

Unusually for a car of its size and type, the Jazz adopts variable-ratio steering, and its weighting and feel are among the car’s more pleasing dynamic traits for anyone looking for a bit of sparkle and verve.

Honda’s new e:HEV powertrain is a mixed bag. We’re pleased to see the back of the old Jazz’s CVT and its drone under acceleration, yet aurally you’d be hard pressed to tell much difference in this new fixed-gear ’box. Never press beyond about 40% of the accelerator pedal’s travel and you’ll be left in peace, but do so and it becomes rather noisy rather quickly.

Still, the noise is at least backed up by the Jazz being a surprisingly brisk car, both off the line and for ‘in-gear’ acceleration, where the torque of the motors combines with the engine for a decent turn of pace.

Real-world economy is also pleasing, as is the Jazz’s overall feeling of nippiness around town.

Kudos to Honda, too, for packaging the more complex hybrid powertrain without robbing the Jazz of any of its famed interior space and flexibility. Back are the Magic Seats, which can be quickly folded flat to create a large, flat loadbay or have their bases lifted up to create a considerable load area in place of the rear seats. And there are plenty of other useful storage areas in the car, including under the boot floor and not one but two gloveboxes. It’s features like this that really define the Jazz. 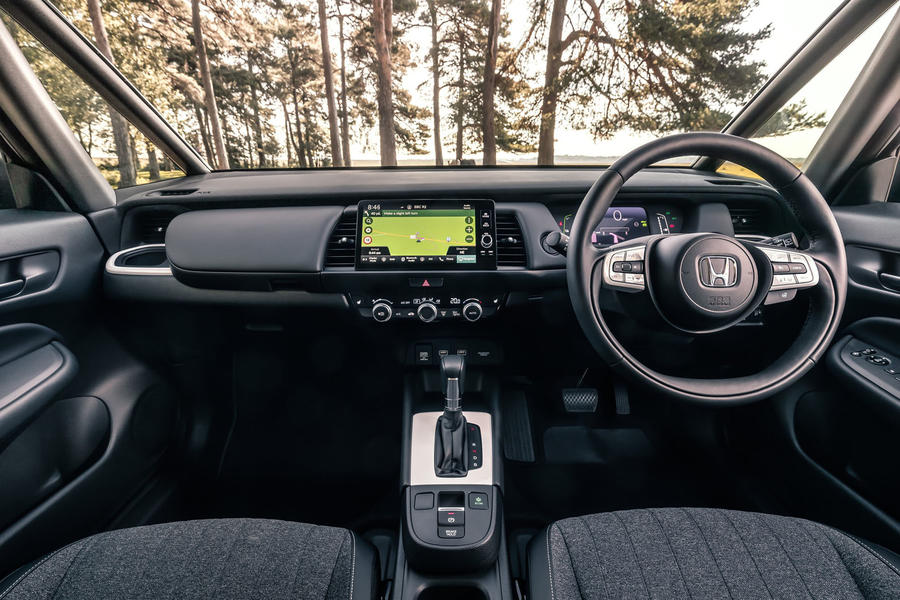 So, there are few if any surprises in this new Jazz, just a series of mostly pleasing improvements. The car won’t win many new customers, it being a stickler for said improvements rather than innovation, but Jazz buyers – and there remain plenty of them – wouldn’t want it any other way. 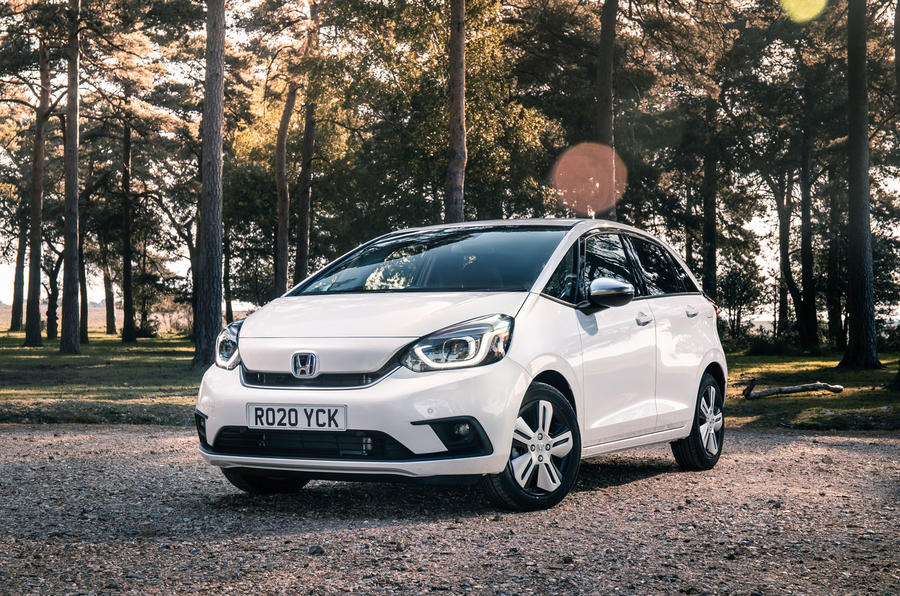 Seems excessively complex for the economy it manages, basically the engine being a petrol driven generator most of the time. Maybe the next generation in 5 years will crack it properly with a genuine leap forwards using full EV or hydrogen cell. You would hope all this tech stays reliable in 10 years if the processor stops talking to the engine or some circuits go wrong. Makes the previous model seems simple basic car that did most things but didn't need all the technical gimmicks. Suppose most will be pottering around town silently towards the nearest garden centre rather than being driven fast on A roads so dynamics don't matter.

Hi everyone, this is so difficult, looks like a step backwards, if not 2 generations, on the exterior, interior is fabulous though. Would I, consider this as a replacement vehicle, not at all initially, but then the more I look at it, the more I kind of get what the designers were maybe trying to do, less contrived, more mature even, big headlights, against trend, but somehow on reflection, this is what the Jazz was about at the start. I don't need a family friendly vehicle, but I like it.