From £18,4758
Type R-inspired styling cues give the Civic a sportier look while standard equipment receives a boost
Open gallery
Close

This is the new Honda Civic EX Sport Line. Essentially, it’s the sort of sensibly shaped family car you might buy if you want something that looks vaguely like a hardcore hot hatchback but don't need the associated hardcore ride or performance. Think of it as a Civic Type R lite, or something to that effect.

Previously, the Civic Sport Line was based on the lower-rung SR trim, but this has been changed for 2020 and it now uses the plusher EX model as its foundation.

As such, there has been a bit of a price jump (the old car cost from £22,750, whereas this new one starts at £25,510) but standard equipment has also been increased. It now has adaptive dampers and heated seats, and a more comprehensive suite of safety systems has been thrown in, too.

Then, of course, there’s the fact that it gets all those extra sporting flourishes, such as glossy black 17in alloy wheels, a more aggressive bodykit, a small new rear spoiler and contrasting interior stitching. It’s never really going to be mistaken for a full-fat Type R, not even if you squint, but that’s probably the point, I guess. 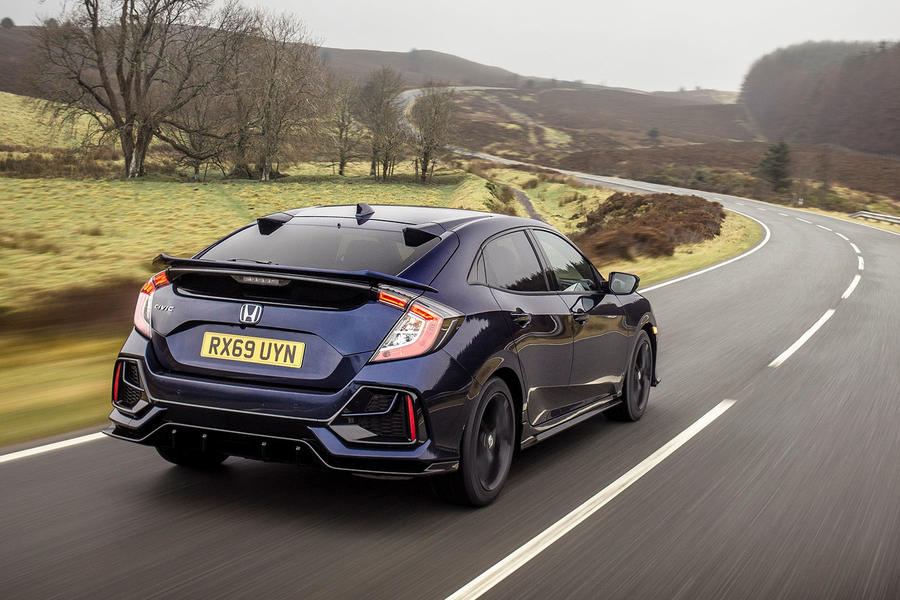 As before, the Civic Sport Line is available with just one engine option: Honda’s 1.0-litre three-cylinder petrol. And once again, it can be paired with either a six-speed manual or CVT gearbox, that - as always - sends power to the front wheels.

The motor produces a modest 124bhp (hardly Type R-baiting but, again, that’s probably the point) and torque is either 148lb ft or 133lb ft, depending on which of the two transmissions you pick. For the avoidance of doubt, the manual gets the powerplant with the greater twist.

It’s the manual that you’ll want to go for, too. The CVT offers marginally better fuel economy and, on the outgoing NEDC cycle, is a single CO2 emissions bracket cheaper to tax but, purely from a driving standpoint, it’s the stick shift that has the edge.

This is because Honda’s six-speed manual ’box is an absolute peach. Mechanical, accurate and wonderfully tactile, it’s just really, really nice to interact with. In this guise, the motor isn’t too bad, either. It can struggle for shove at very low revs, but once up and running, it pulls enthusiastically and sounds the part. It’s not exactly quick, but it feels urgent enough so as not to feel grossly under-endowed.

By contrast, the CVT falls into that old trap of flaring the revs and holding them at around 5000-5500rpm on a wide open throttle. So what began as quite a characterful and enjoyable aural accompaniment to your acceleration in the manual model is morphed into more of a tedious drone in the CVT. Still, cabin isolation is pretty good, so engine noise or transmission whine never become too overbearing.

It handles smartly, too, although the manner in which it changes direction doesn’t feel as immediately spry or engaging as that of a Ford Focus. It lacks a bit of the vim and vigour that its sharper styling might suggest it has, but front-end grip is nonetheless good and body roll is smartly contained. Thanks to steering that’s accurate (if a little artificially heavy), it feels plenty confidence-inspiring as well.

Ride refinement is good - particularly with the adaptive dampers slackened off - but even so, lumpier stretches of road can result in the Civic feeling a bit restless. On smoother, more sympathetically maintained stretches, though, it’s probably one of the comfier cars in its class - which is unsurprising, given that it has one of the longest wheelbases. 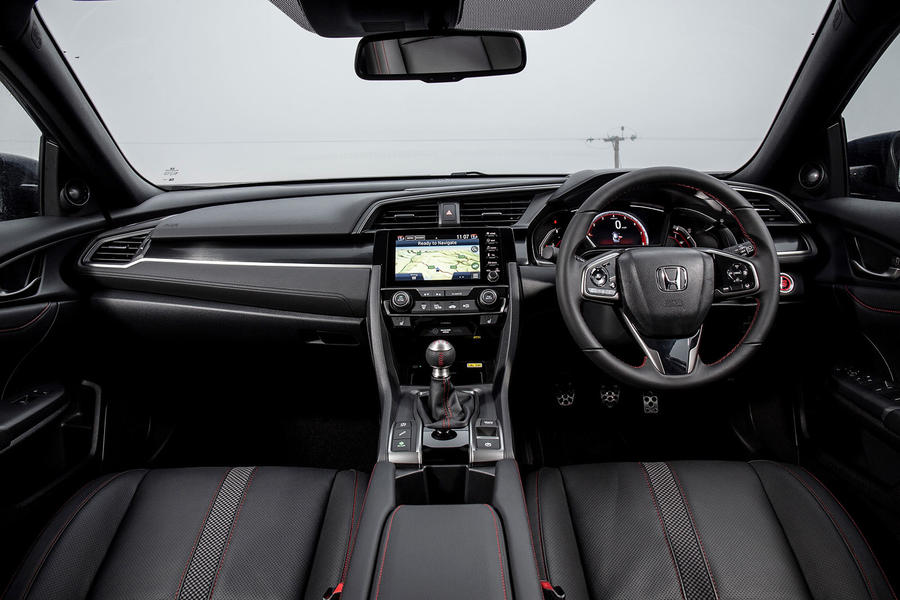 Although it might not be the sweeter car to drive, the fact that it’s a mite more expensive than a 123bhp Ford Focus ST-Line X isn’t the end of the world. And as far as things like passenger and seats-up boot space is concerned, the Civic trumps the Ford by a fair margin.

Its styling is a bit Marmite, but if you happen to be a fan and want something that’s reasonably fun to drive and isn’t a Focus or Seat Leon, then the Civic Sport Line is a pretty sound choice. Just be sure to go for the manual transmission. 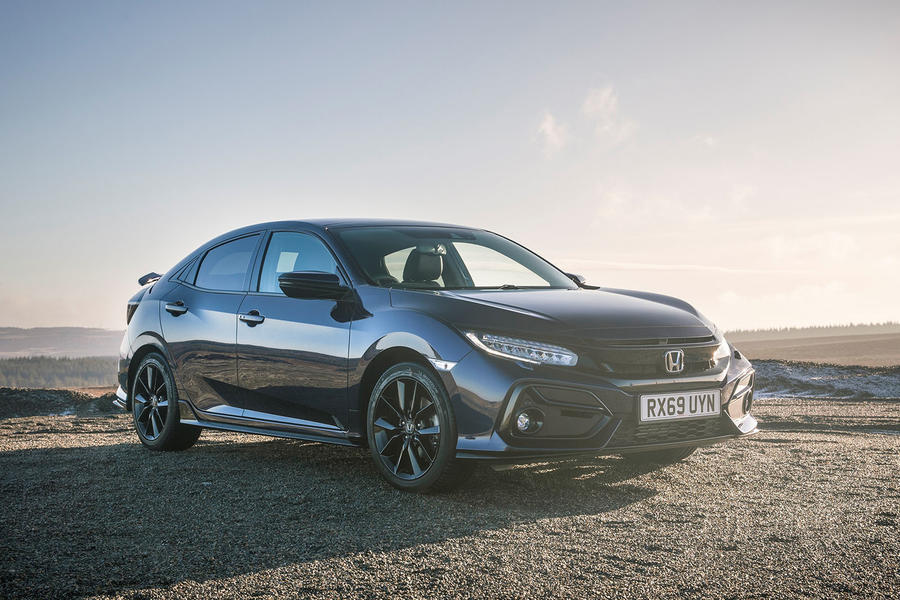 All I did was look at the

All I did was look at the pictures in this article and its so f*****g ugly my phone screen has cracked.

Good sort of a car

Vehicles such as this allows you to have the car "you really like" without all the expensive parts and you can mash your foot to the firewall without going 90 mph in 2 seconds. Good if you can'tquite stretch to the real McCoy.

The shame, it's just marketing over function and 'Honda Civic Lard-Arse' would be a better name. You'd think the people who can afford a £26k car woundn't be suckered into this C^^^.

What are you talking about ? - all cars have plastic bumpers, its not the material theyre made out of thats the problem, its the fact that theyre so ugly.

What are you talking about ? - all cars have plastic bumpers, its not the material theyre made out of thats the problem, its the fact that theyre so ugly.

Wind your neck in, they're huge, full of angles and have separate black plastic bits added on. And then there's that add on rear plastic spoiler, get some glasses!