A short on-sale stint of only a couple of years could make the current Honda Civic Type R feel like a bit of a flash in the collective hot hatch pan, but it’s had an enduring impact despite that. As if being the first turbocharged Type R wasn’t headline enough, it also delivers an aggressive, rather uniquely hardcore experience that sets it apart from rivals such as the Ford Focus RS, and even the Volkswagen Golf GTi Clubsport S.

Only 100 of these Black Edition cars will be produced, as a swansong for this wonderfully banzai hot hatch before its successor replaces it later this year. There are no mechanical changes, so don’t get too excited. You do, however, get the hazard-warning red and black exterior styling, and an interior with more black finish than usual, too. And all for the same £32,300 as the standard Civic Type R GT model that it’s based on. 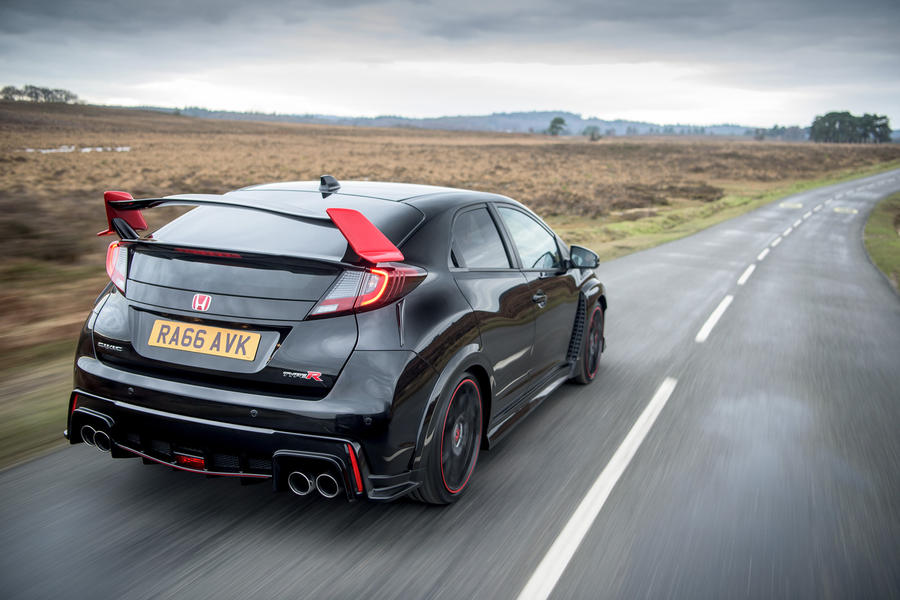 It’s hard to imagine what could be more conspicuous than the big-winged, chin-heavy, unashamedly posturing standard Civic Type R. The Black Edition manages it, though. Those rims, the red-tipped park bench of a wing, the contrasting underline of that front splitter. Short of inventing some kind of hot hatch haka intimidation dance, nothing in this class says ‘get out of my way’ with quite such forcefulness.

Of course, it drives just like any other Type R. Cue the frantic, white-eyed power delivery, the wonderfully short, tight gearshift, a front end that turns in and grips with face-distorting eagerness, and suspension that's firm but acceptable in standard mode and outright uncomfortable in R+. It’s a single-minded joy.The interior upgrades for the Black Edition do suit the Type R’s rather overt character. Sure, the red trim surround to the vents feels a bit cheap, but the seats are more black-with-a-bit-of-red rather than the vice-versa seat design of the normal Type R, which many (including us) will prefer.

On top of that, you get all the comforts of GT trim, including a rear parking camera, touchscreen sat-nav, dual-zone climate control, auto lights and wipers, cruise control and comfortable but super-supportive sports seats. 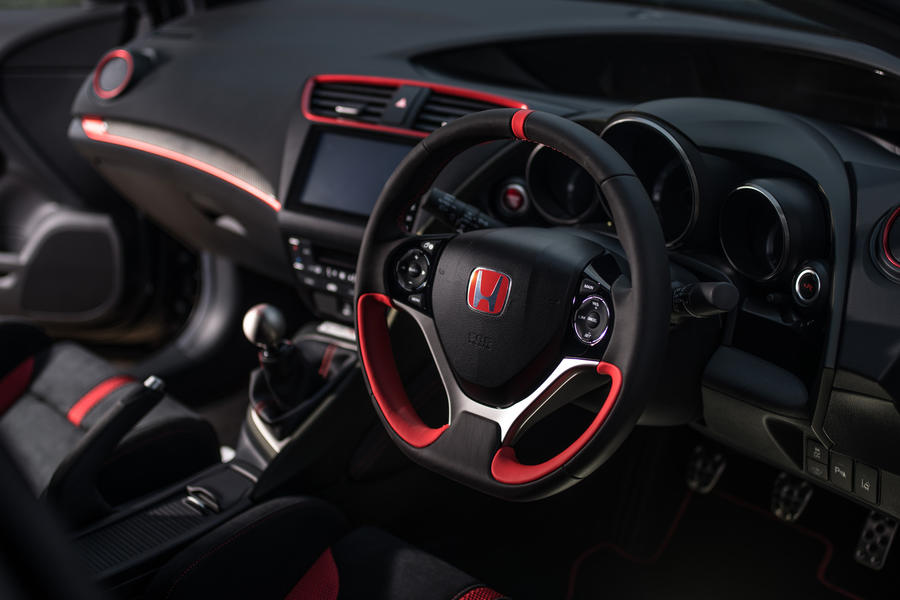 There are only a handful left that haven’t been sold, so you need to be quick. As we’ve mentioned, the Type R has a rather unique appeal in this class, being the least fettered with concerns of everyday refinement and comfort. It really does feel like a BTCC car for the road, and if that appeals, then you should absolutely buy one. So it follows that if you like the Black Edition’s looks, you should buy one of those. It’s fantastic fun even in pretty mundane use, let alone given maximum attack on a circuit, and this special edition’s rarity factor is an added bonus – particularly given that it costs the same as standard GT trim.

How to flog a dead horse

A limited edition of only 100? If you miss out on this once in a lifetime opportunity then no probs, just take the std car down to Halfords and hey presto...

You'd think a manufacturer like Honda could do a tad better than simply paint a few bits of plastic a different colour to call it 'special'.

Not everybody likes to drive round in white Fiesta styles like you lot,The Civic is fantastic for its small select aficionados, its wacky, great to drive and will still be going in ten years time.( here's looking at you RS owners)
fadyady 10 February 2017

So far I have seen only one Type R on the road. Compare that to GTIs and GTDs and Rs that are crawling every where like disturbed red ants. Needless to say it catches the eye in traffic like something on fire would. Isn't that the purpose of hot hatch? I would love to take one around Nurburgring but to work? Yes. Oh yes. Ten years ago. Now though it's another matter.
View all comments (8)