6
Has all of the pace, and much of the handling balance, to entertain, but little of the necessary chassis composure or top-level driver involvement.
Open gallery
Close

The world is now ready for the emergence of the really compelling, daily-usable electric performance car. The market grows ever more receptive by the week. And still the wait goes on - and, much as we might regret it, it’s likely to for some time yet.

This will sound painfully familiar, but the facts haven’t changed. Taking an intrinsically heavy, often high-riding family car that’s powered by technology that typically makes for a fairly sterile driving experience, and turning it into something that’s genuinely rewarding, as well as fast and dynamically sophisticated… well, it isn’t easy. The Audi E-tron S Quattro bears testament to that. Slightly lower down the pricing scale, the VW ID 4 GTX does too; as has every ‘performance’-badged Tesla that’s been launched for the last half-decade.

And so, I’m afraid, does the new Ford Mustang Mach-E GT, which we’ve just driven on UK roads for the first time. Sorry to sound like some luddite sourpuss about this, but if we want the electric car to really mature, honesty’s a lot more useful than wishful cheerleading.

With a fully-charged battery it develops up to 480bhp and 634lb ft of torque: not quite as much as an Audi E-tron S Quattro produces, but it beats what’s on offer in any Jaguar iPace or Polestar 2. It’s certainly more than enough poke to get your attention - whether you’re driving this car or simply contemplating what doing that might feel like. 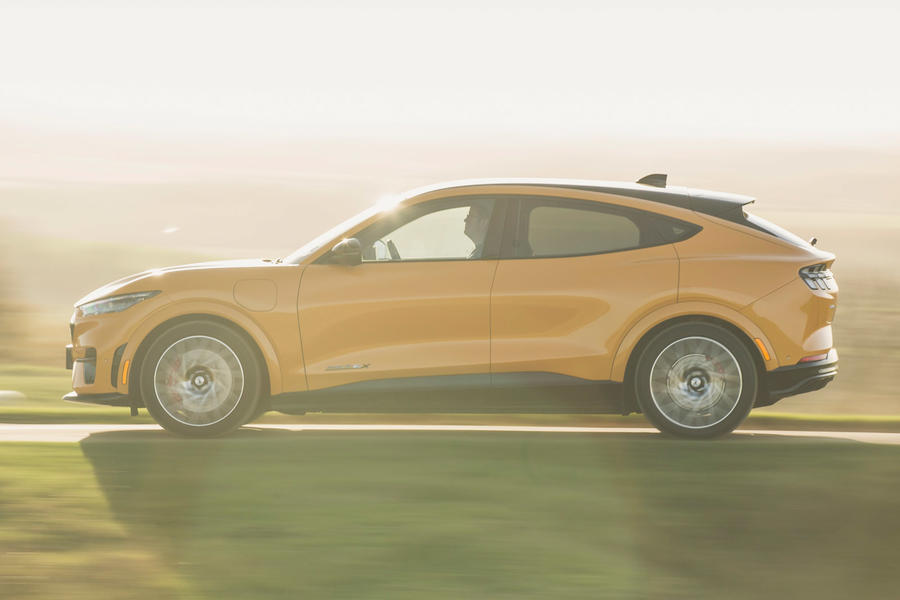 Well, you need contemplate no longer. Driving the Mach-E GT on the road is often an exercise in gauging exactly how quickly it is socially acceptable to make a 2.2-tonne family SUV abscond from the traffic lights or zip down a motorway slip road. But the car’s super-punchy roll-on performance from everyday speeds won’t actually occupy your conscious mind for much longer than it takes you to pick off that dawdling removals lorry.

When you really want it to be good, this car is as often puzzling, alienating, even frustrating as it is exciting. It takes well to smoother surfaces; and to long, wide, arcing corners with a certain balance and handling adjustability that will surprise you. It is more engaging than the majority of electric cars for a moment or two. We needn’t and mustn’t deny any of that. This is a fast Ford alright - and it rotates away underneath you with the best of ‘em if you switch off the stability control, let the nose settle into a longer, tighter 40- to 50mph corner, and then feed in plenty of power at the apex.

But it’s also a high, wide and heavy car - and the tuning of the busy, testy ride and the often dull-feeling, leaden controls makes it seem all the heavier. Its electric powertrain, potent as it may be, does little more to involve you in the act of operating it than even the most basic EV does. And on really challenging roads where the dynamic composure of a great driver’s car ought to shine like a beacon, the Mach-E GT too often falters, fidgets and irks.

Part of the car’s problem is the shadow cast by its muscle car namesake. You just expect a fast Mustang - any fast Mustang, even an electric one with an SUV body profile - to be a little bit feisty, don’t you? To bristle a bit over lumps and bumps. Well, the Mach-E GT certainly does that.

The car’s ride over choppier country roads ranges from a noticeably restive and reactive in Ford’s more relaxed driving modes (Whisper, Active) to clunky, excitable and often uncomfortable in the sportier ones (Untamed, Untamed Plus). Granted, it wouldn’t have handled as Ford wanted it to without plenty of stiffness, both lateral and vertical, dialled into the suspension. But this doesn’t feel like a car that’s been anywhere near a complex road surface at any point in its gestation. It may corner well, at times; but it doesn’t invite you to commit it to any particular bend or line with real enthusiasm unless you know beyond a doubt that there isn’t a mid-corner bump waiting around the next hedge, ready to lift you out of your seat. That’s the truth of it.

If it had done a bit more benchmarking, Ford could have learned lessons from its rivals about how to take some of the fuzziness and eerie featurelessness out of the motive character of an electric car here, and put some feel, definition and engaging interest back in. It, like so many car firms, seems to need to make its own mistakes with EVs. Not for the Mach-E GT, then, any way to ratchet up regenerative braking on approach to a corner, and feel almost like you’re working your way down a paddleshift gearbox in readiness. Not for this car Porsche’s clever option, from the Taycan, to deactivate regenerative braking entirely, and thereby perhaps simplify and sharpen up brake pedal progression. It’s disappointingly grabby and dead-feeling any which way. 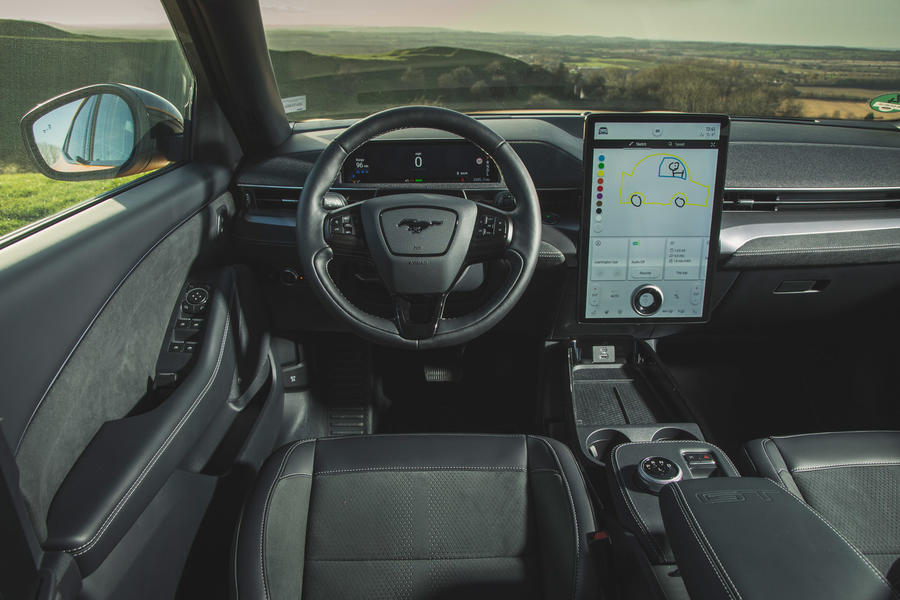 The Mustang Mach-E GT seems, to this tester, to be a new-age performance car that isn’t clever- or innovative enough to genuinely interest and engage you in the simpler facets of operating it; and which, in doubling down on fleeting, torque-vectored handling balance in a misguided attempt to make up the shortfall, ends up selling itself short on lasting, real-world driver appeal. I'd have a cheaper, rear-driven, extended-range model instead - and I'd be content knowing that I was having about as much fun driving it as the maturity of the technology associated currently allows. 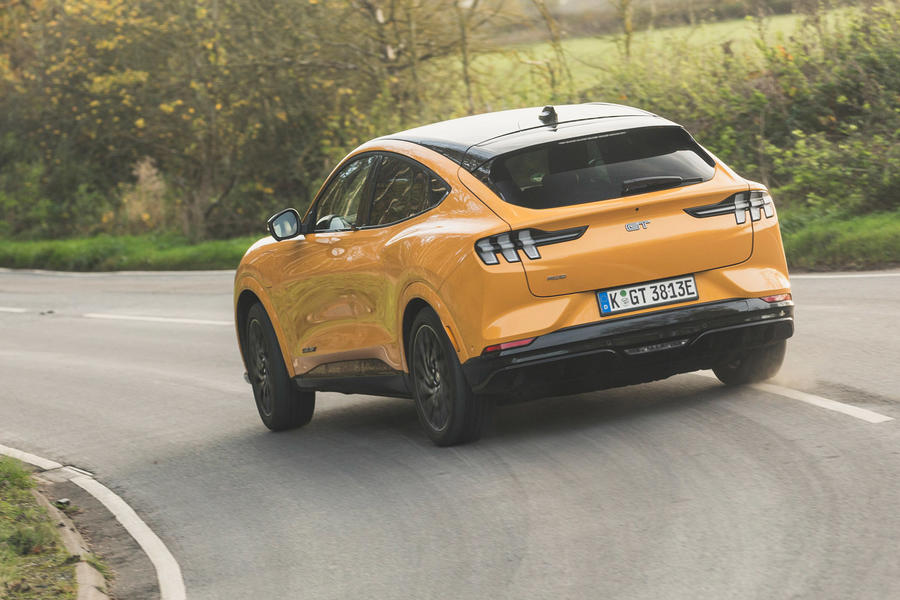