The Citroen C3 range has been altered by Citroen no fewer than three times in the past 18 months.

First as it facelifted the small hatchback, Touch, Feel and Flair trims becoming the equally saccharine Live, Sense and Shine; then as it added the bare-bones C-Series; and again as the Citroen C3 Shine became Saint James – so named for a fashion house, not because it’s to be martyred.

Or is it? It seems even superminis are now under existential threat from crossovers. Perhaps that’s part of the reason why Citroën actually cut the C3’s price at facelift time.

Stellantis’s oft-vaunted Puretech 1.2-litre three-cylinder turbo petrol engine makes 82bhp or 109bhp in the C3; and from sampling the latter version, we’d say you definitely want the extra unless you rarely leave town. 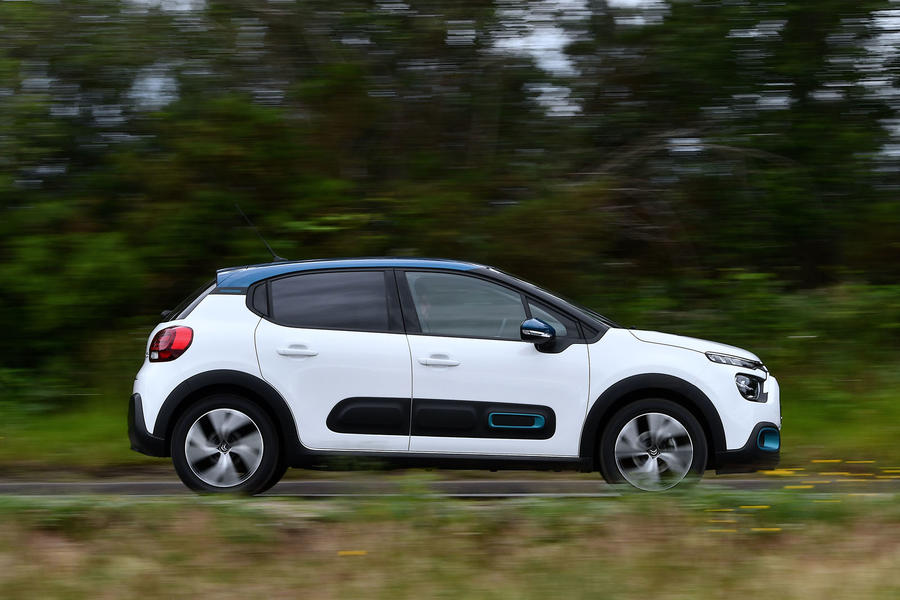 It is indeed a nice engine, offering good punch, flexibility and frugality and even a mean little growl.

However, it’s let down somewhat by the EAT6 ’box, whose shifts can make the C3 rock like a boat, due to its soft springing. Unfortunately, the vague manual isn’t really a remedy.

That suspension does have an upside, however, affording the C3 a spongy ride, which on the motorway creates the dissonant feeling that you’re driving something bigger. Certainly it has no problem cruising in a very relaxed fashion, which can’t be said of sportier superminis, even if it’s not totally immune to pothole-induced shuddering.

It’s a shame that Citroën’s Advanced Comfort seats, while also much spongier than those you will find in rival cars, aren’t more supportive at their sides, because you often find yourself tensing to keep upright as the C3 rolls its way through turns.

There’s plenty of space up here, even if you’re tall. Indeed, you could even say that it has an airy feel. The practicality of the rear is less impressive, though, particularly compared with the new Skoda Fabia and its siblings.

The C3’s interior looks stylish, thanks to its ‘squircle’ design theme and particularly its analogue dials, but plenty of hard plastic (you won’t want to rest your arm on the windowsill). We compliment the general layout also, save for the fact that the air-conditioning controls are buried inside the touchscreen, needlessly causing you to become distracted from the road ahead. 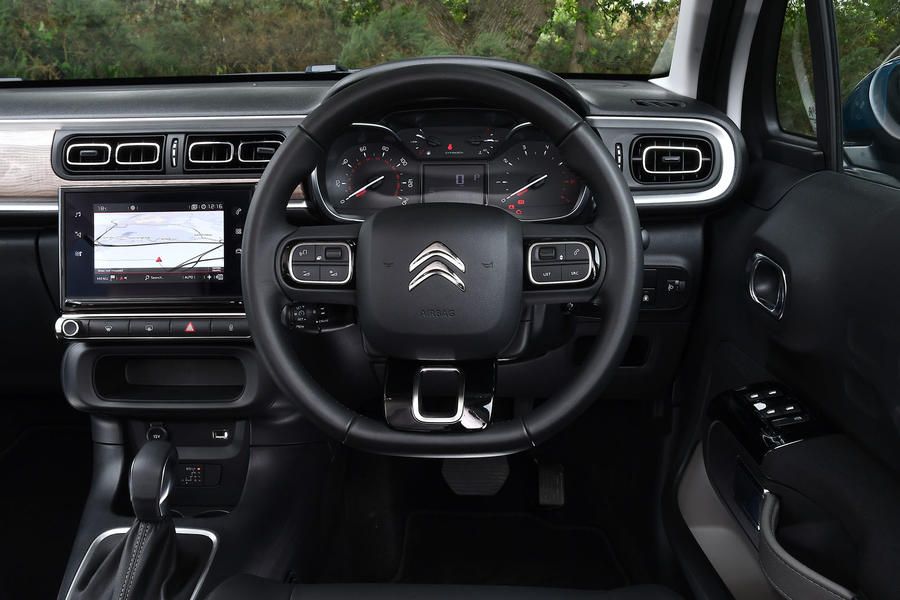 As a cheap and comfy runabout, the C3 could make sense. But in this priciest form, it’s very hard to justify, as a nicely specced Vauxhall Corsa or, better still, Ford Fiesta costs similar.

The spongy ride and excellent engine simply aren’t enough to make up for the fun-averse chassis and low-rent interior. 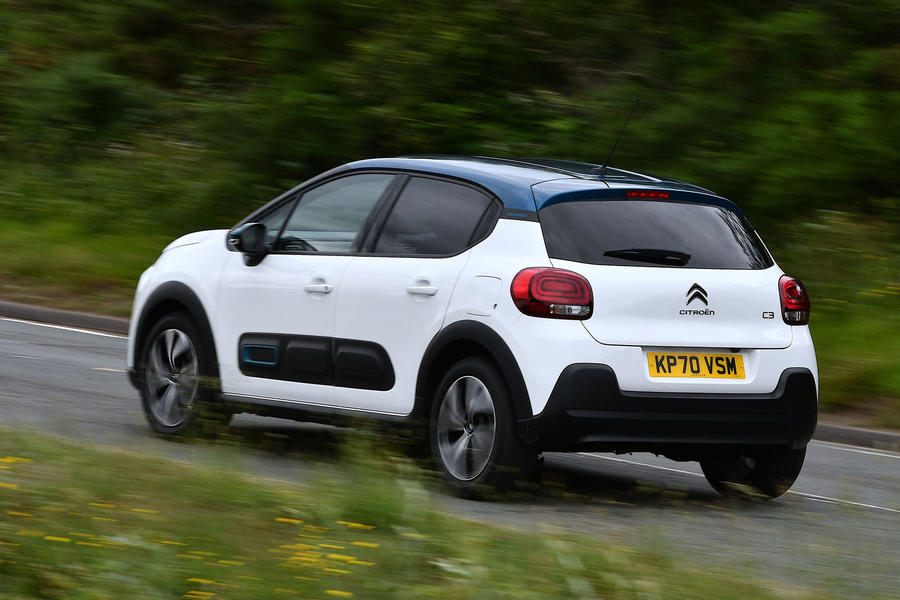 Looking at some of the comments here, I'm reminded that I am often left wondering just what standards journalists judging relatively low cost cars against. Was the writer assesing this car, just after spending sometime in an upmarket saloon?

Apart from the fact this fine C3 is a nice, comfi, reliable and frugal companion, it's keeping its ground in Europe better than the Fiesta and Polo. The B-segment Ford and VW are 1 year younger, but after their first full year lost volume and marketshare at worrying speed. C3 is still outselling both at quite a margin. The C3 successor will need to have 'something extra' to replicate the successful current one.

Actually only just outsold the Polo in Europe in 21. Still way behind Clio, 208 and to a lessor extent the Corsa plus others

Andrew1 22 February 2022
"fun-averse chassis"
Is that your way of saying it's good for anyone who's not a reckless teenager or a failed rally driver?
View all comments (8)