From £74,2658
Not quite an M car, but still the most powerful BMW M Performance model - as well as the largest and heaviest
Open gallery
Close

If you’re familiar with the X7, the arrival of the xDrive M50i should come as no surprise.

It’s the new range-topping petrol version of BMW’s flagship SUV, slotting in above the distinctly milder xDrive40i that’s already on sale here. And seeing as BMW has decided not to create a full-blown M version, unlike with the X5 and X6, it will be the hottest version of the firm’s biggest SUV.

Its status as an M Performance car is shown by a series of subtle styling changes. These include a deeper front bumper with greater structuring and larger air ducts, wider door sills and a new-look rear bumper that houses a reworked diffuser element and larger, trapezoidal, chromed tailpipes. There’s also a range of new 21in and optional 22in alloy designs.

It’s quite a step over those sills but, once you’ve climbed inside, you find a luxurious and commodious cabin that can accommodate seven adults across three rows of seats. There’s certainly no shortage of space.

Unique touches include a leather steering wheel, a gear selector and instrument graphics that are all M-branded. It’s all very upmarket, in keeping with BMW’s more recent attempts to position itself as a luxury brand rather than merely one that focuses on premium qualities.

As with other X7s, power is sent to all four wheels via an eight-speed torque-converter automatic gearbox, although in the M50i this has been given unique software mapping for sportier shifts in D, S and M modes. Launch control has been added, too. What’s more, the xDrive system receives an electronically controlled M Differential that provides torque vectoring capability for the rear axle. 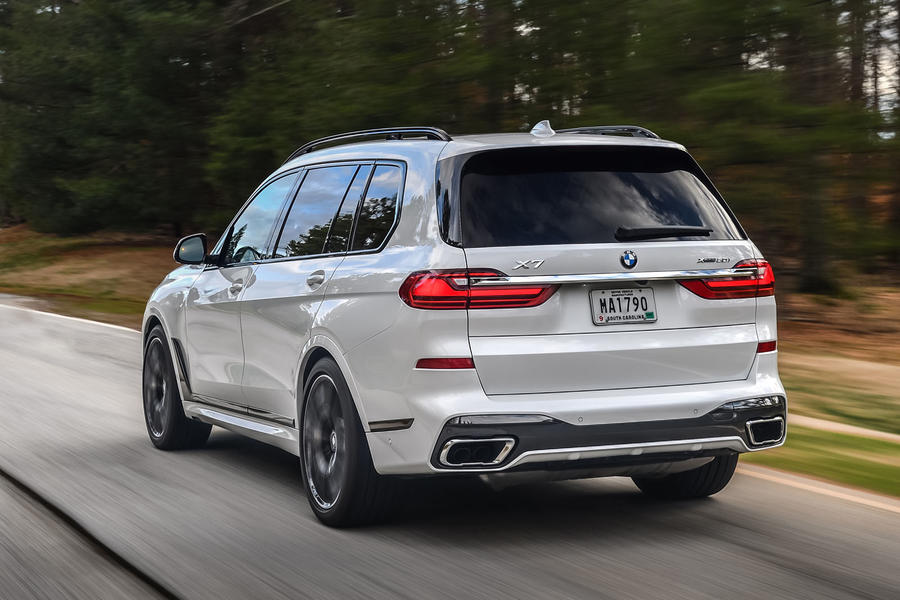 Despite it weighing 2480kg, the M50i’s acceleration in lower gears is determined; indeed, 0-62mph takes just 4.7sec. Its in-gear qualities are notable, too, with strong flexibility and a solid amount of shove well into the business end of the tachometer.

Delivery is typically smooth and eager, while the exhaust note emits a well-suited baritone blare under load. It’s the M50i’s ability to waft along at low revs in higher gears with outstanding mechanical refinement that really impresses, though: it feels truly effortless over smooth roads. Excessive tyre roar from the optional Pirelli P Zero tyres takes the polish off that otherwise excellent cruising capability on coarse surfaces, though.

The ride is well controlled. The M suspension, which uses air springs both front and rear, is noticeably firmer than the standard X7 set-up. But with a good deal of wheel travel and excellent absorption qualities under compression, it swallows bigger bumps with no undue shock through the body in Comfort mode.

At speeds above 86mph, the body is automatically lowered by 20mm to improve aerodynamic efficiency. A button on the centre console can raise it by 40mm for off-roading, too.

It’s 5151mm long, 1805mm tall and 2000mm wide, but the M50i feels like a smaller car on the open road. Its standard speed-sensitive steering is complemented by all-wheel steering as part of the Executive Drive Pro options package, making it superbly agile for something so big. You can place it confidently and generate quite a turn of speed in corners, thanks in part to excellent grip.

Despite firmer damping than other X7s, the M50i’s body still rolls a fair bit. Push too hard and you get some degree of roll steer, although this builds progressively enough to allow you to anticipate when to back off. 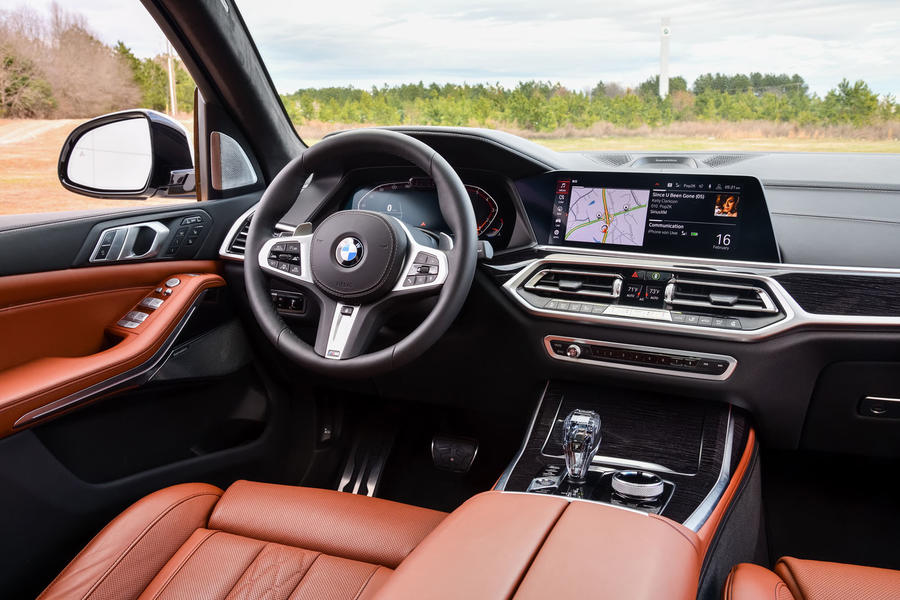 Downsides of the X7? Well, there are just 326 litres of boot space when the third row of seats are in use and, even with the benefits brought by the Integral Active Steering system, it’s not exactly suited to urban driving – in the UK, at least. For that reason, it will probably be much more popular in the US, China and the Middle East. 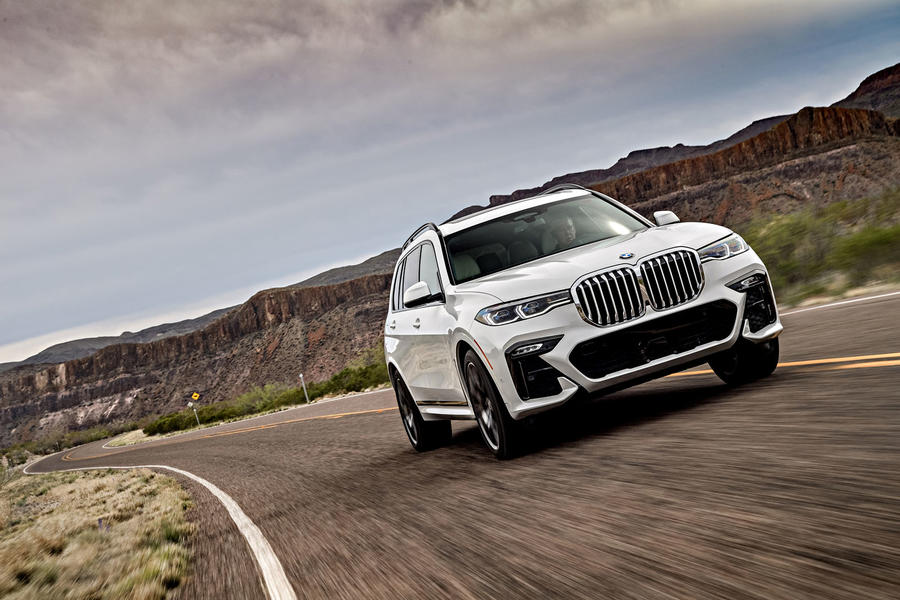 A great car to advertise that you have absolutely no idea of the looming climate crisis.....

Keeping up with the neighbours..

BMW are only trying to better the opposition, yes, it's silly to have a vehicle this size doing Supercar acceleration and going round corners at silly speeds, but, people want them, it may sell many here in the West, but it'll sell in China, America the Emirates, whether it's better or not doesn't matter to some, almost like an impulse buy, they see, or so n so got one, it doesn't necessarily matter what we think, BMW and other car makers know there markets.

Classic now you mention it!
My eyes are drawn to the letter box beneath the grill.
Other than that I quite like it. Which is a worry, is there a good looking big car out there? Or is this a default price you pay for XXL size?
View all comments (9)